Part 1. How to Play Windows Media Files on Mac with Wondershare UniConverter

On the internet platform, there are various media players to play a Windows media file on Mac, but the most reliable and efficient one is Wondershare UniConverter (originally Wondershare Video Converter Ultimate). It is the all-in-one file converter software which is fully compatible with all Mac versions. With the help of this software, you can convert multiple WMV files to MP4 format and playback on your new Mac. It offers remarkable conversion features that make this software very useful for users. It has enough capability to convert videos from one format to another without compromising the quality.

Steps on How to Convert WMV to MP4 and Playback on Mac with Wondershare UniConverter:

Step 1 Launch and add files to the Mac media player.

To commence the process, download and install Wondershare UniConverter from its official website or the download link above on your Mac system. After that, run it and tap on the Video Converter tab from the main interface. Then click on the Document icon to add the WMV files from your Mac, or you can simply drag and drop the WMV file to the program to import. 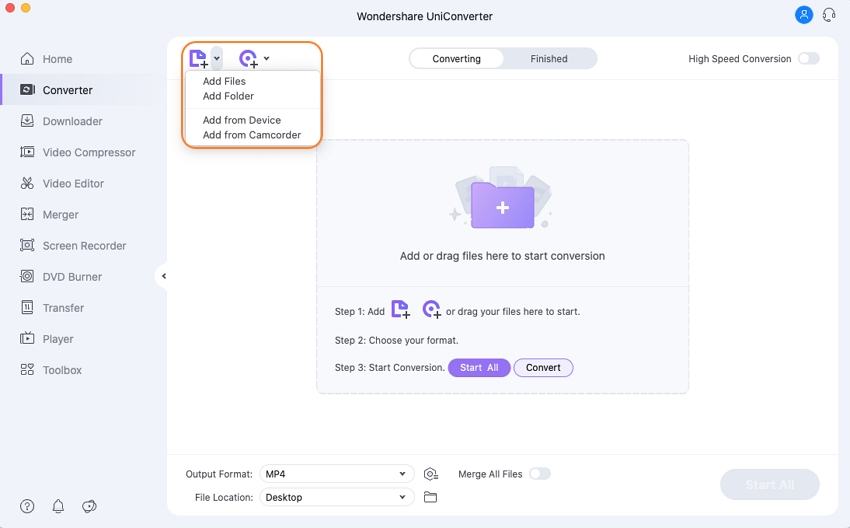 After all WMV files have been added, choose your target output format by clicking the Output Format button to open the drop-down list and click Video option, select MP4, or other Mac supported formats you want to convert. 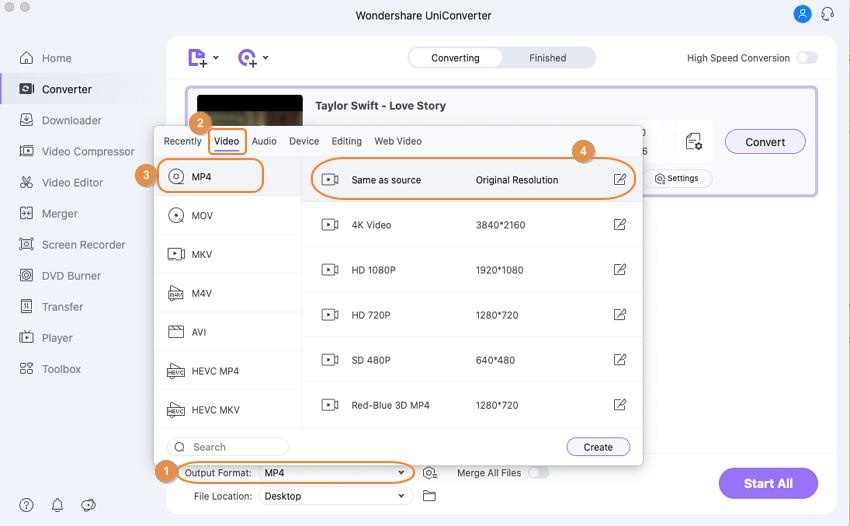 Finally, tap the Convert or Start All button to begin the conversion process. After a few minutes, your desired WMV file will be converted to MP4. Then, you can click on your converted video to play it on your Mac system. 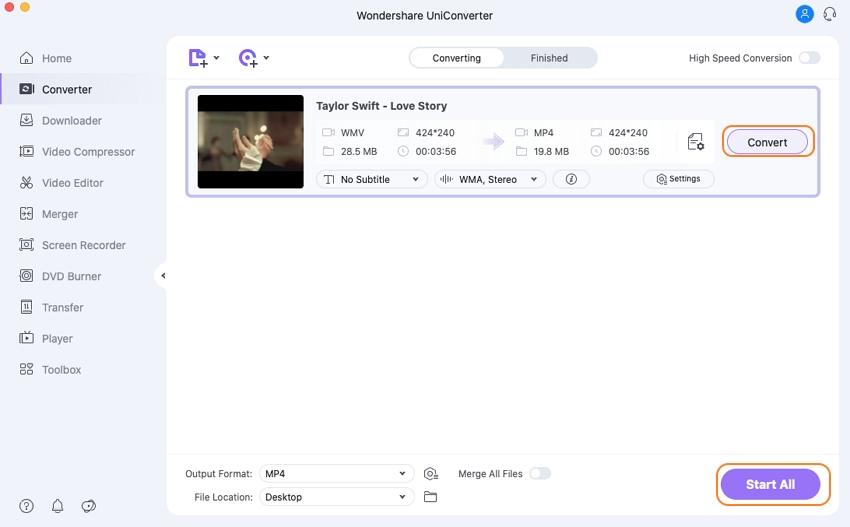 Here is a video tutorial of how to convert WMV to MP4 on Windows, as both the Windows and Mac versions function almost the same, you can follow the video tutorial step by step.

Part 2. Other 4 Recommended Media Player for Mac You Should Know

Apart from the Wondershare UniConverter, there are other third-party tools that allow you to convert videos from one format to another format. Here, we have mentioned the other four ideal Media Players for Mac which you can use hassle-free.

The VLC Media Player is a cross-platform media player and it is a highly famous media player in all over the world. It plays any type of video or audio file. With the use of this tool, you can also convert those videos to another format such as MP4 which are not directly played on Mac. Convert videos in batch with VLC also is possible. It supports MPEG as well as DivX streaming. Want to know the best part? In the mid of downloading video, you can play downloaded videos to know it is really worth to download. It has many hidden features that people are not aware of it. The VLC can be used for streaming video over the internet. This Mac media player allows you to create a video snapshot. It is very lightweight and flexible to use. Through this tool, you can even record your desktop and add external subtitles. If you want to play Radio online, then VLC offers these features also. So, it is one of a versatile media player that has many things to offer. 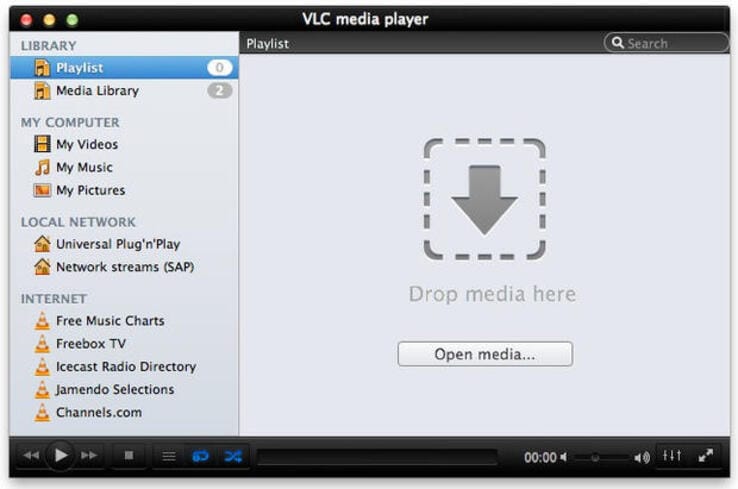 The 5K Media Player is the most powerful media player Macintosh that offers exceptional features to users such as AirPlay service. If you want a video media player that can play any kind of media file on your Mac, then it is an ideal choice for you. This media player is specially designed for enhancing the quality of video and audio after the conversion of the file from one format to another. You can play various types of file formats such as 4k, 5k, and 8k on your Mac seamlessly. It also includes a Radio player and it supports Radio stations such as BBC, XFM, and many others. Through this media player, you can easily manage your all video and audio files. Through its inbuilt AirPlay service, you can even send files to your TV. Playing larger video files with this tool will give you a great experience. So, the 5K Media Player is an overall great media player that offers multiple features. 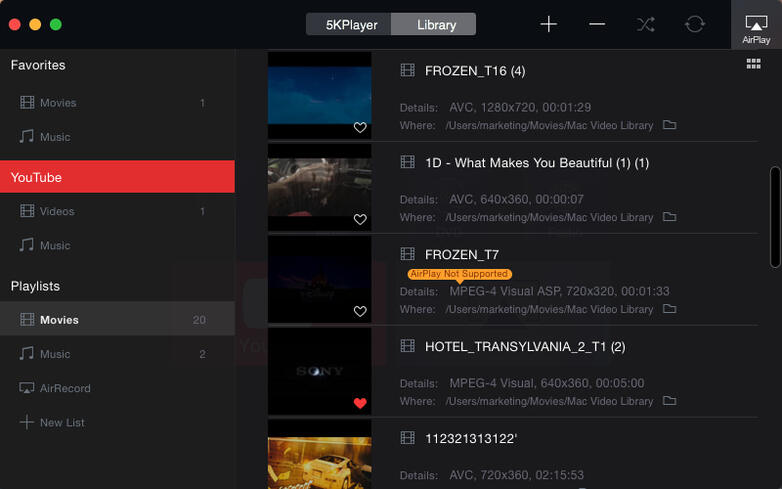 The QuickTime Media App which is developed by Apple is able to play a Windows media file on Mac. It supports numerous file formats such as digital video, panoramic images, sound, and pictures. It has free versions for both Windows and Mac operating systems. It is also customized with iTunes. It allows users to encode, decode and transcode audio and video from one format to another. Through this media player, you can create, edit, crop, and record videos. It also allows you to download videos from the internet. Till date, it has now almost 9 versions. Its latest version comes with more advanced features that make this media player more useful to play various types of video and audio files. With the help of this tool, you can easily compress your video file without losing any quality. 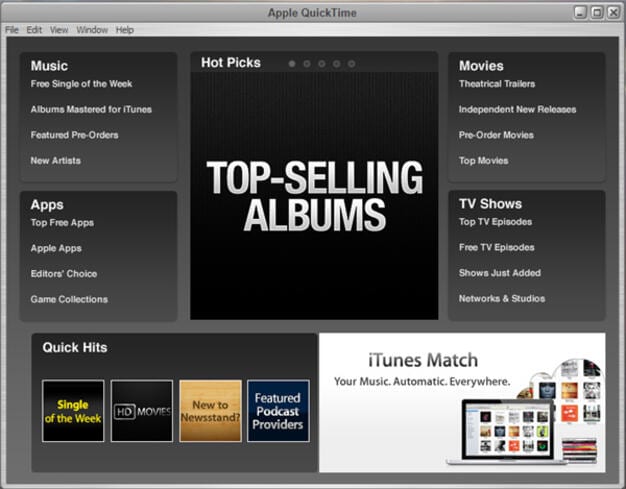 The Macgo Mac Media Player is considered the ultimate Mac media player. It is a completely free media player. With the help of this tool, you can play almost all kinds of file formats on Mac such as videos, photos, audio files, and DVDs. It can also able to play numerous URL types like HTTP, MMS, FTP, and many others. It is the same as VLC Media Player, but its interface is much better than VLC. Through this tool, you can easily customize your pictures. It will give you great quality for playback of video and audio files. It also provides support for built-in subtitles of various file formats. Unlike other media players, it even works with free external subtitles like SSA and SRT. It supports all Mac versions. 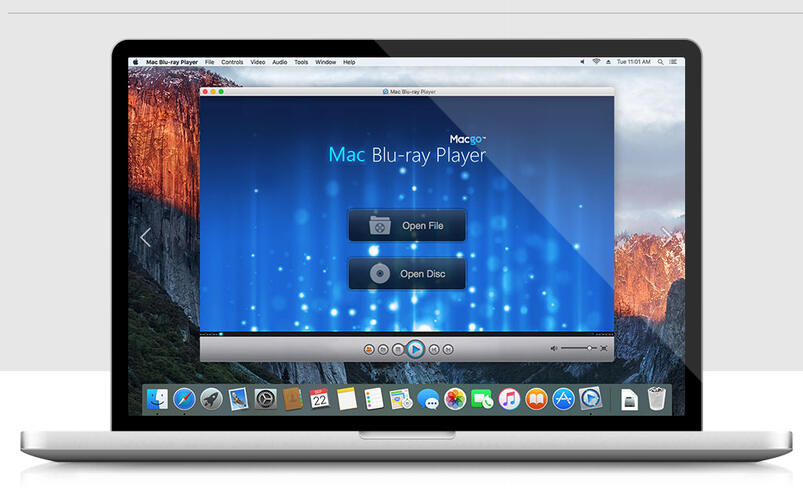 In this guide, we have mentioned various media players to play a Windows media file on Mac. However, if you want a complete solution for all types of file conversion, then Wondershare UniConverter is the best choice for you.