There is a cultural trend where most folks use both iPhones and Android phones simultaneously. The reasons for this may vary, from a mere likeness of both to the different specifications obtainable in one device but not in the other. If you are one of such persons, you may have run into the frustration point of not accessing pictures captured with your iOS 11 device when you transfer them to your android device without first using a HEIC to JPG converter app. There is a reason why this happens. The bottleneck you have experienced results from the severe compatibility issues between HEIC pictures captured with iOS 11 devices and Androids. If iPhone runs on iOS 11 or later, you must have discovered that images captured with your iPhone are saved as HEIC files instead of JPG, which is not compatible with other operating systems like Android, except you use an app for converting HEIC to JPG.

When Apple released iOS 11 in 2017, they announced that the HEIC file format would replace the JPG file format.

Apple decided to adopt the HIEC image format, which improved upon the JPEG file format as it sought to upgrade the quality of images captured by its newer iPhones. In addition, due to continuous improvements in camera technology and modern features, there was a need for the HEIC, an image file format that had an improved physical appearance and took up minimal storage space.

Part 1: 5 best Apps to convert HEIC to JPG for Android

As great as the HEIC image format is in storage space conservation and physical appearance, its limitation across other devices and operating systems like Androids has created a need for converter software to convert HEIC images to a more flexible and permissible format like JPG/JPEG.

These are five of the best free apps to convert HEIC to JPG on Android:

The JPG file format is quite a popular app to convert HEIC to JPG on Android and works with all operating systems, such as Windows, UNIX, Android, iOS, and Mac. It can also convert HEIC files to JPG, PNG, PDF, and other formats. It is one of the fastest HEIC to JPG converter applications out there which is why it is rated 4.5. 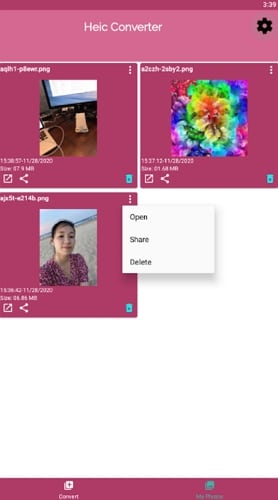 This HEIC to JPG converter android app is free and very easy to use; with this app, all you need do is select the HEIC photo from your gallery and click convert after it has loaded. The converted photo is then saved to your phone automatically, fetching it a 4-star rating on the Google play store. 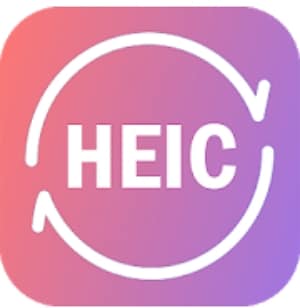 The HEIC to JPG free converter - Convert HEIC to JPEG makes our top five because of its speed. With this app, you can convert HEIC files to JPEG, PNG, and BMP without losing quality or altering your workflow.

The HEIC to JPG converter app allows you to take HEIC/HEIF file format without worrying about compatibility with other devices or software, which has earned it a 4.5-star rating on Google play store. 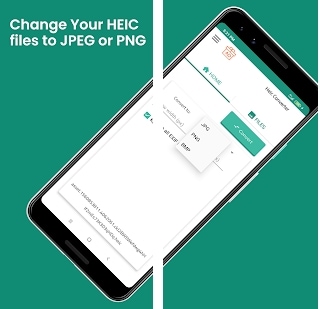 Heic to jpg Converter It is another free converter app that allows you to transform HEIC files to JPG. This app allows for the conversion of HEIC to PNG, WEBP as well as JPG.

It is rated three-star on Google play store. 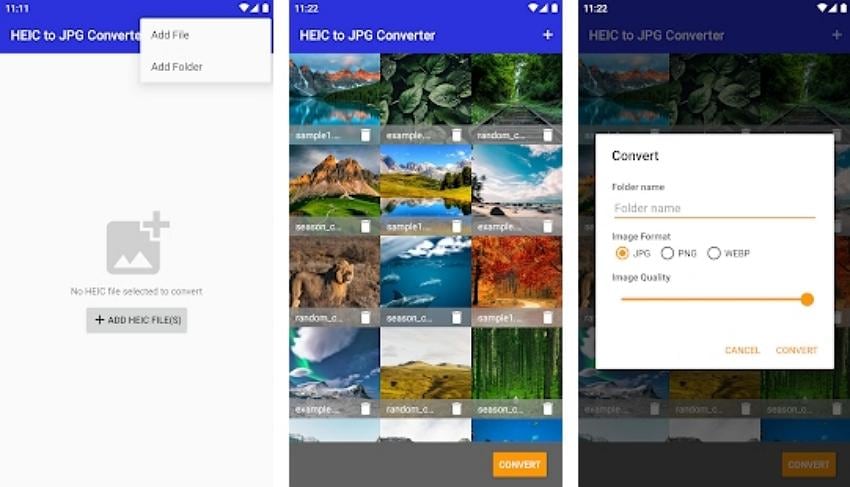 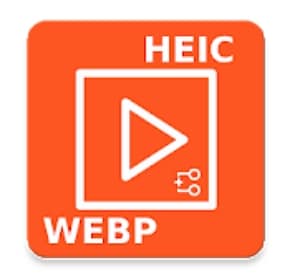 Because of the severe limitations presented in the above HEIC to JPG converter apps like poor user interface, endless ads and spam messages, slow conversion, single file conversion, compatibility issues, loss in image quality, etc., it has become vital that we introduce to you the best app to convert HEIC to JPG for your Android that has none of these limitations.

To bypass problems such as these, the use of Wonershare UniConverter comes in handy. It is a powerful all-in-one tool that will help you convert HEIC photos to JPG/JPEG, TIFF, PNG, and BMP formats to make them accessible on your Android. It is the best app to convert HEIC to JPG because it also offers you the option to reduce the size of your picture and the storage space it occupies without losing its original quality.

Using wondershare uniconverter as your HEIC to JPG converter Android app will be a good feat because of some of these outstanding features it possesses.

How to use Wondershare UniConverter?

The initial step to take is to upload your HEIC images from your Android to your PC/Mac. When you have successfully done that, follow the below steps to convert HEIC to JPG.

After you must have installed the Wondershare Uniconverter software on your computer, click on the Toolbox option, then click on Image Converter. 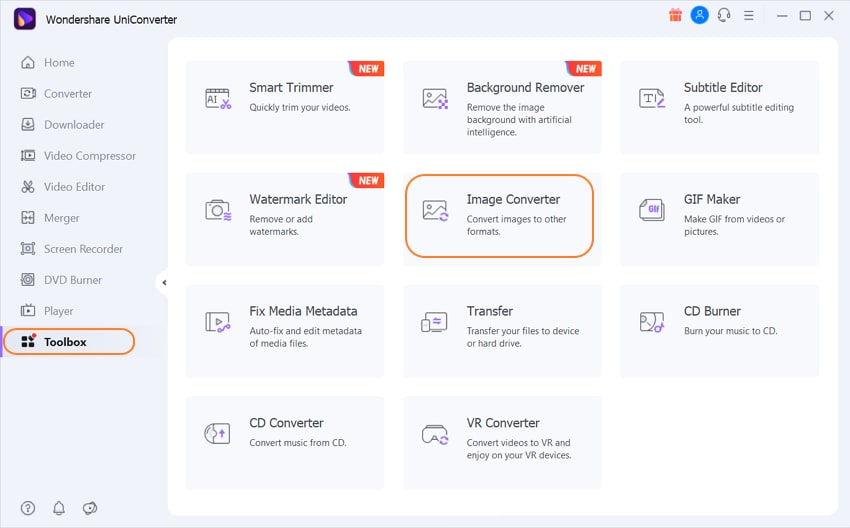 Step 2Upload the image you want to convert

After clicking on the image converter option, a file icon will appear; click on the file icon to import the image to be converted. Wondershare Uniconverter also allows you to drag and drop after launching the software. 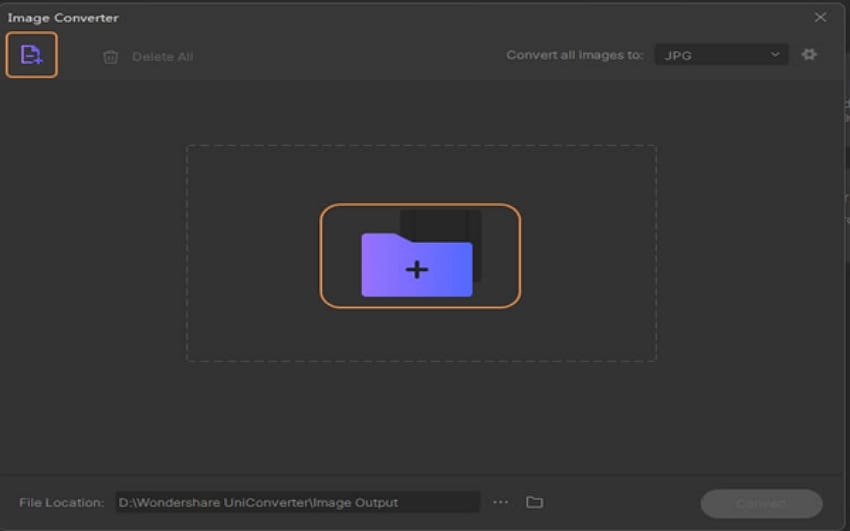 The image imported on wondershare will be seen on the software interface; you can now go ahead with the editing. This part must not be carried out: it is up to you to decide and not affect your HEIC to JPG conversion. You can start editing by clicking on Effect or Crop; click on okay when you're happy with your edits. 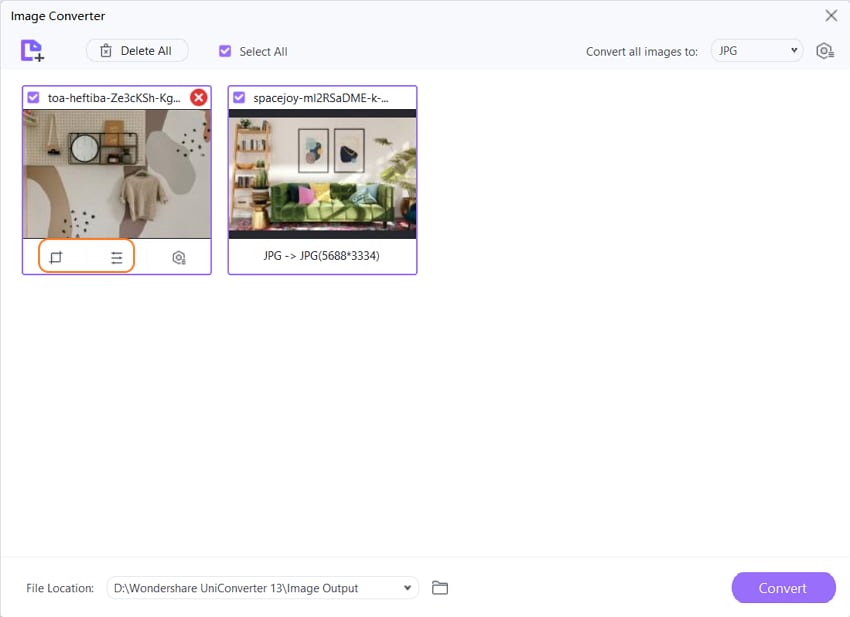 Step 4Change the format and save the image.

When you have successfully selected the format you want your image in, in this case, JPEG/JPG, go ahead and save your file. 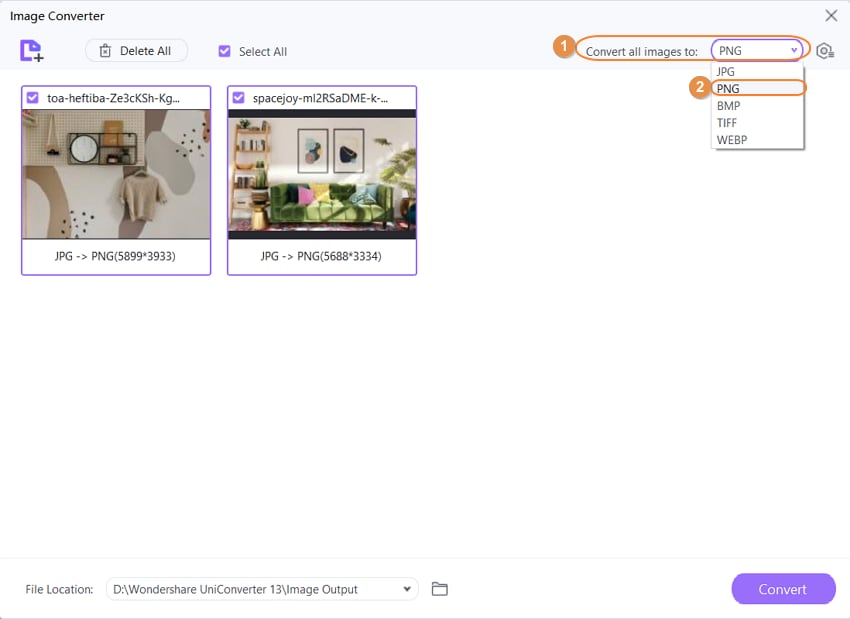 HEIC is a sleeker and more valuable way of storing images. The HEIC image format is famous for its outstanding quality and the small storage space it takes up; this is why the Wondershare uniconverter works well to retain this quality at the end of conversion and has the option to resize your image if you choose to.

It is so professional that it has an editing window where you can crop, apply effects, change the appearances of the image, and do almost any form of image modification that you chose. Its video modification and conversion tool also have the features to remove watermarks, add subtitles, make GIFs, etc.