In this article, we will highlight the key differences between MP4 and MPEG file formats in a well-structured manner. Moreover, we will introduce an efficient converting tool through which you can convert MPEG to MP4 instantly. 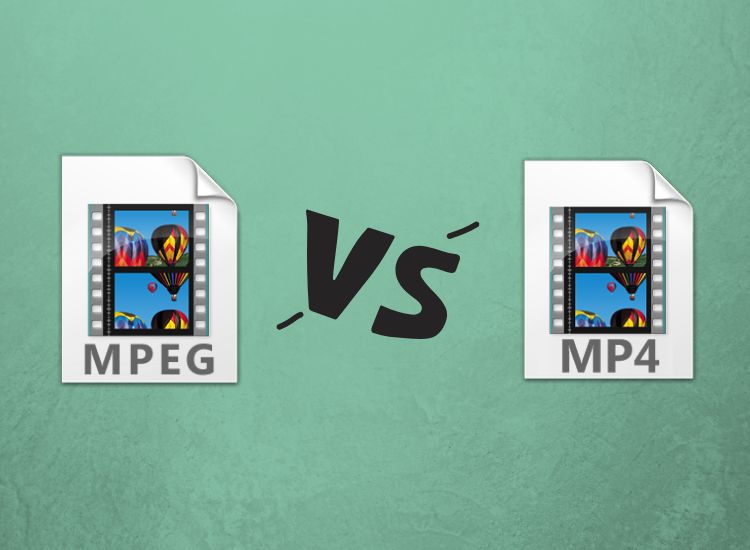 Part 1: The comparison of MPEG and MP4

MP4 is a multimedia file format popularly used to stream and download videos smoothly. It consists of compressed video and other associated data that is mandatory for playing a video file. Compared to other video formats, MP4 offers high quality in smaller file sizes.

Comparison between MPEG and MP4

Here are some distinguishing factors that can help you understand the differences between MPEG and MP4:

In this section, we will highlight the advantages and disadvantages of MP4 and MPEG files in an organized manner. By learning the benefits and drawbacks of these two file formats, you will be able to choose the desired file format easily.

MP4 is a video file format, whereas MPEG is a codec used in different video formats. That's why we cannot draw an exact comparison between them, as both file formats have specific uses. MP4 is widely used to generate high-quality videos that can be streamed on mobile phones, computers, and over the internet. On the other hand, the usage of MPEG is restricted to VCDs and DVDs for average-quality videos.

Part 3: How to convert MPEG to MP4 and vice versa

There can be a situation where you would require to convert MPEG to MP4 due to incompatibility issues. For instant and high-quality conversion, the most suitable tool is Wondershare UniConverter. With its user-friendly interface, you can convert video file formats without any complications. Moreover, it does not harm the original quality of a video during and after the conversion process.

To convert MPEG to MP4 or vice versa, you can take help from the following steps:

Begin with initiating the UniConverter tool on your computer. From its homepage, choose the "Converter" tool to proceed with the conversion process. 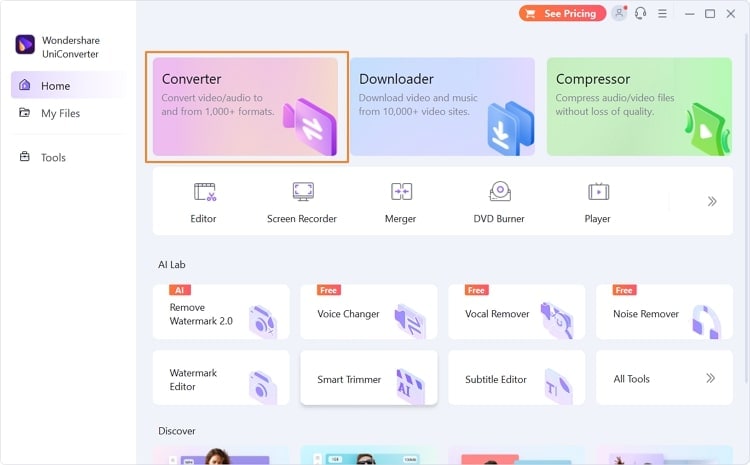 On the new window, tap the "Add File" button and import the video file from your PC for conversion. Once done, proceed to the "Output Format" option below and choose the "Video" tab. Here, you can select your desired video format from the left section. Also, you can choose the video resolution from the right side. 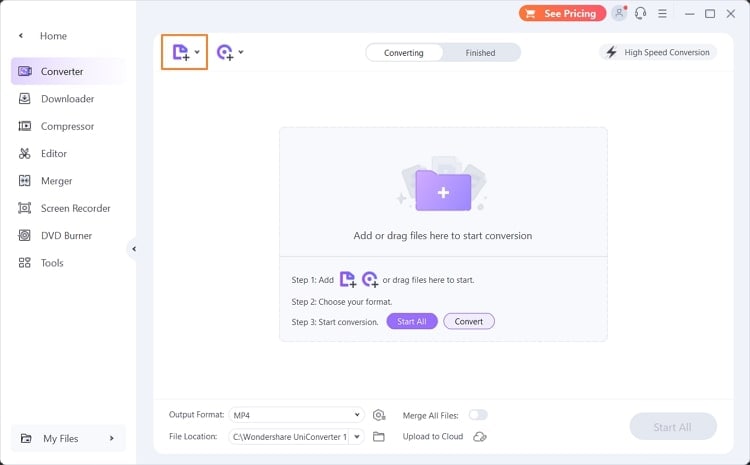 You can also select the destination folder by navigating to the "File Location." Afterward, activate the "High Conversion Speed" feature and hit the "Convert" button. 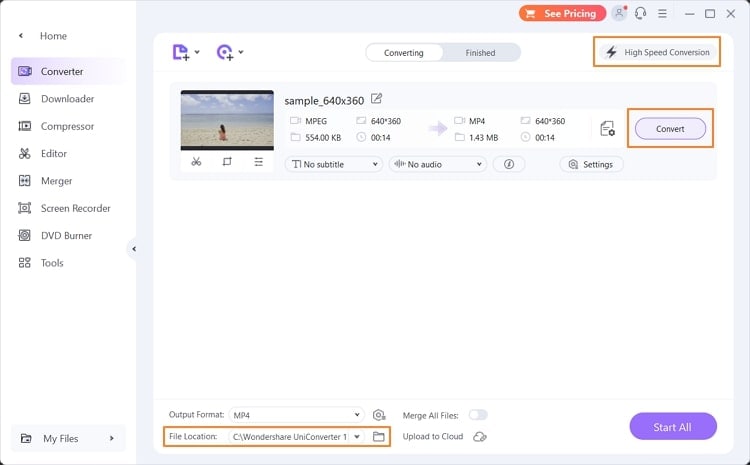 Once the conversion process concludes, you can see the word "Success" under the Converting tab. You can visit the "Finished" tab to preview your converted video. 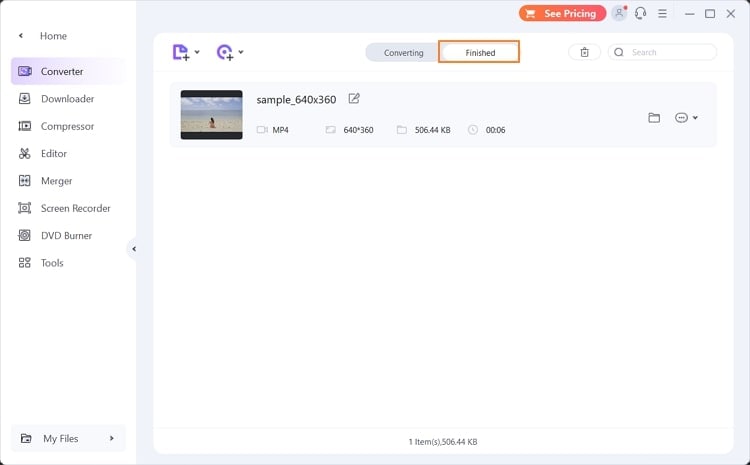 MPEG and MP4 formats are commonly used in different fields, such as video streaming, editing, DVDs, and other platforms. This article has discussed the main differences between the two file formats in an organized manner. In case of incompatibility issues, you can convert MPEG to MP4 using UniConverter. This tool provides batch processing that allows you to convert multiple video formats simultaneously without altering the original quality.