Looking for the best Freemake review post? Well, here’s one. Freemake is undoubtedly one of the best video converters currently. Today, Freemake boasts of more than 100 million users, which is a great achievement. It is free, fast, easy-to-use, and supports plenty of video formats. It can also edit videos, upload to YouTube, and so on. So this Freemake Video Converter review post will teach you how to use this video transcoder easily as well as the best Freemake alternative.

As I’ve said, Freemake is one of the best video converters today. This freemium video editing program was first developed in 2010 by Ellora Assets Corporation. Currently, Freemake has over 100 million users, with the company aiming to hit the 150 million mark by 2025. That is certainly great news to all Freemake users, considering that everybody loves to be part of an improving organization.

One of the reasons why Freemake is so popular among many video editors is because of its multi-lingual interface. You’ll access the app in up to eight languages, including English, German, Russian, French, Italian, Japanese, and Chinese.

Generally, Freemake has come a long way in terms of updates. It all started with version 1.2.0, which supports NVIDIA CUDA technology on videos. Later, Freemake Video Converter was updated to version 2.0, which supports DVD/Blu-ray disc ripping and creation. With version 2.3, users get faster file conversion (up to 50%) for HD contents thanks to the addition of DXVA technology.

In November 2015, Freemake added the all-important drag-and-drop function, which wasn’t available on earlier versions. Sadly, Freemake Video Converter version 4.1.9.44 introduced the Freemake Welcome Screen at the start of videos and a big Freemake logo at the center of the videos. That can be pretty annoying to some users. You’ll also have to pay money to remove this feature or stop using Freemake altogether. But all in all, Freemake is an excellent freeware.

Note: macOS users will have to look at other alternatives such as the Wondershare UniConverter because Freemake Video Converter is available on PCs only. That’s quite a shame, considering that these are the two most popular computer Operating Systems currently. 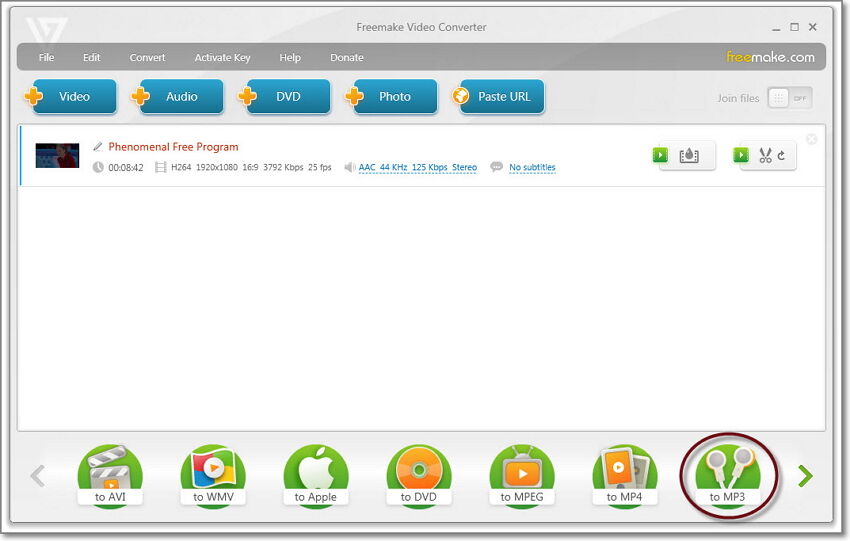 Part 3. Best Alternative to Convert Video in Any Format

macOS users will be glad to learn that there is a handy Freemake Video Converter alternative in Wondershare UniConverter. It is, in fact, better than Freemake, in my opinion, because Windows users can also install this app. Also, Wondershare UniConverter can transcode between 1,000+ video formats, which is double the amount on Freemake. Moreover, it has helpful file editing tools like VR converter, image converter, screen recorder, CD ripper/burner, and more.

Wondershare UniConverter, just like Freemake, supports the drag-n-drop feature, making it simple-to-use. An alternative way of importing videos is via clicking the +Add Files to add your locally saved files. Even better, it supports batch processing. 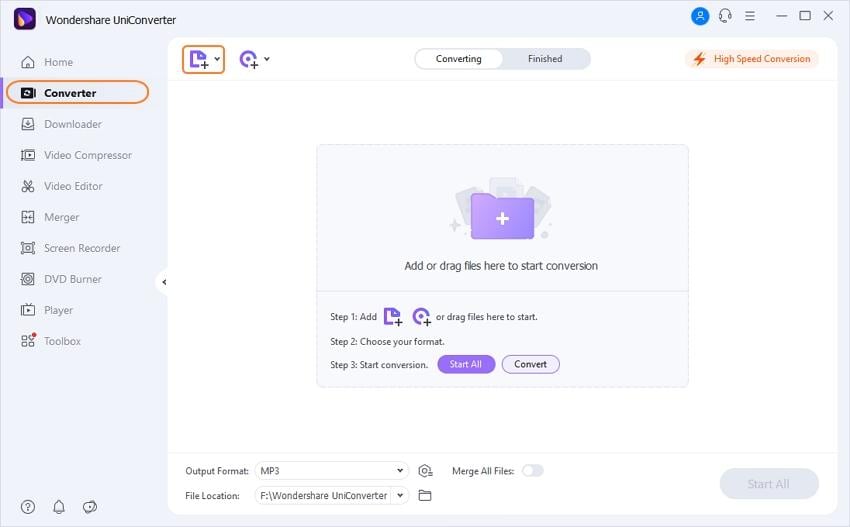 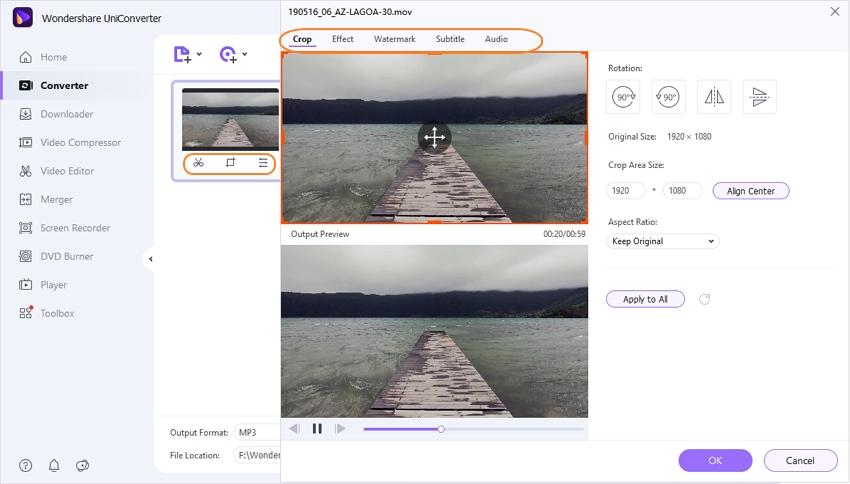 Next, you’ll have to change your video format by clicking the Setting icon > the Video > choose a format > set a resolution. MP4 is the most recommended option because it is a universal video format. You can also select a device-optimized preset by clicking to the Device > choose a preset. 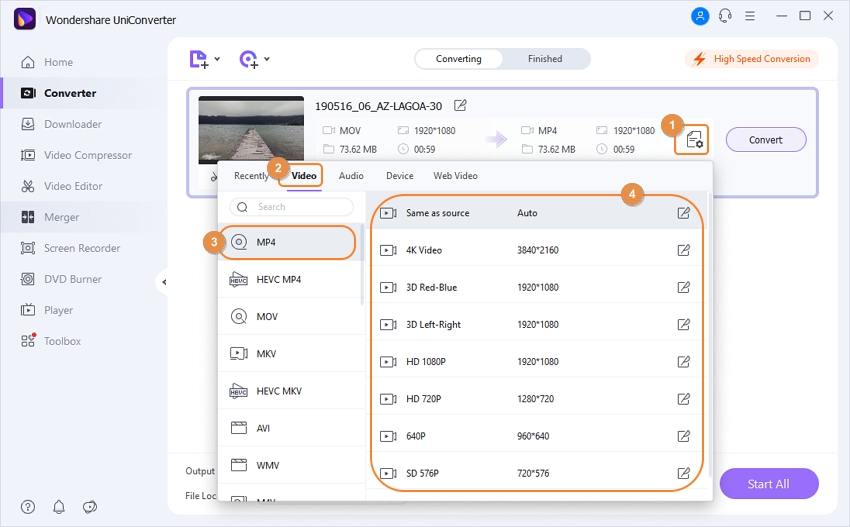 Now set your output folder/destination on the Folder icon. Finally, hit the Convert and Wondershare Freemake Alternative will begin transcoding your video clip to a different format. It’s that simple! 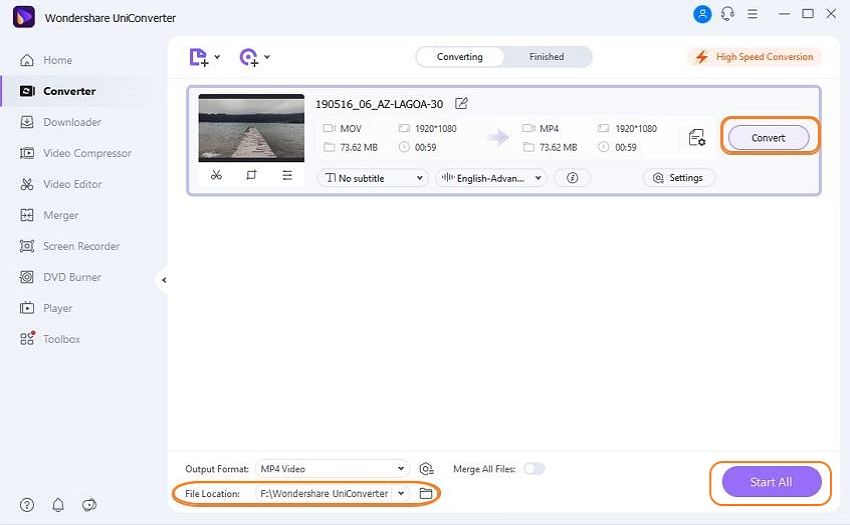 Overall, Freemake Video Converter is a feature-laden desktop app that you can’t miss out on. However, it’s vital to remember that Freemake is compatible with PCs only. So the best alternative is the Wondershare UniConverter for either Macs or PCs.