Why does Reddit Video no sound and How to solve it

However, many users are experiencing issues due to the audio output in Reddit Application 2022. When some of the videos are played, they produce sound. It then displays, "This video does not have sound" however, this does not imply that all videos do not have sound.

The sound will be muted automatically if you watch a video from the NSFW community. Some users also have trouble unmuting the video and playing it with sound. Users are enraged, and there is a lot of outrage on the internet about the awful experience.

This article will analyze why the video on Reddit has no sound and how to solve it. And introduce some Reddit video tools to ensure you will not have problems uploading videos.

In most cases, clicking on the speaker icon should be enough to unmute the video. When many people click on this icon, they receive the error that the video has no sound. There are two scenarios in which users face Reddit sound issues.

Some users also complained about the lack of sound in Reddit app videos since Reddit stores video and audio in separate tracks. So the app can't download a stream that has both unless it re-encodes the video or something, which is a lot more effort than downloading a file and takes much more time.

As a result, when you stream videos on a mobile device with outdated technology or occupied storage, the Reddit mobile app will not play sound.

We have conducted a deep analysis of the reasons why users are experiencing no sound on Reddit videos; here are some of the ways using which you can get out of this problem;

When some users' phones are silent, they don't get sound on the Reddit mobile app with all of their feeds and fast video streaming; turn off the silent mode and try again.

Check that your Reddit app is not in quiet audio mode. Turn off the silent audio mode by tapping your profile picture/avatar > Settings > Advanced. Reinstalling or updating the application to the most recent version or clearing the cache of the Reddit mobile app could also help.

To fix NSFW movies not playing sound in the Reddit app, alter the phone setting to ALLOW NSFW: I am over 18 on Android devices and Show NSFW (18+) Content on iOS.

Besides this, many Reddit video converters are using which you can get the video in Reddit-friendly formats like MP4 and MOV; we will discuss this in detail in the next section of the article.

Some of the best video converters are mentioned below;

UniConverter, a product by Wondershare, is a one-stop-shop for video conversion, downloading, editing, and burning. During the conversion process, you may trim and edit films, apply filters, and add hardcoded subtitles, all from inside a user-friendly interface that makes the process straightforward.

The users applaud UniConverter for its excellent Graphical User Interface.

A free trial of Wondershare UniConverter is available for users; the annual subscription fee is $39.99 once the free trial is over.

iMyFone Filme is a video editing software that allows you to produce videos and slideshows without prior knowledge. This movie creator tool provides customers with various distinguishing features, including many programs with a range of functions.

iMyFone Filme helps users to convert their files to multiple formats. It supports almost any video, audio, or image file format and can export video, audio, and GIF files. Users may easily convert your MP4 file to MP3 with Filme. It works with both Windows and Mac.

It can convert video into a variety of formats.

It does not provide free conversion; users must pay a $39.99 annual subscription charge. 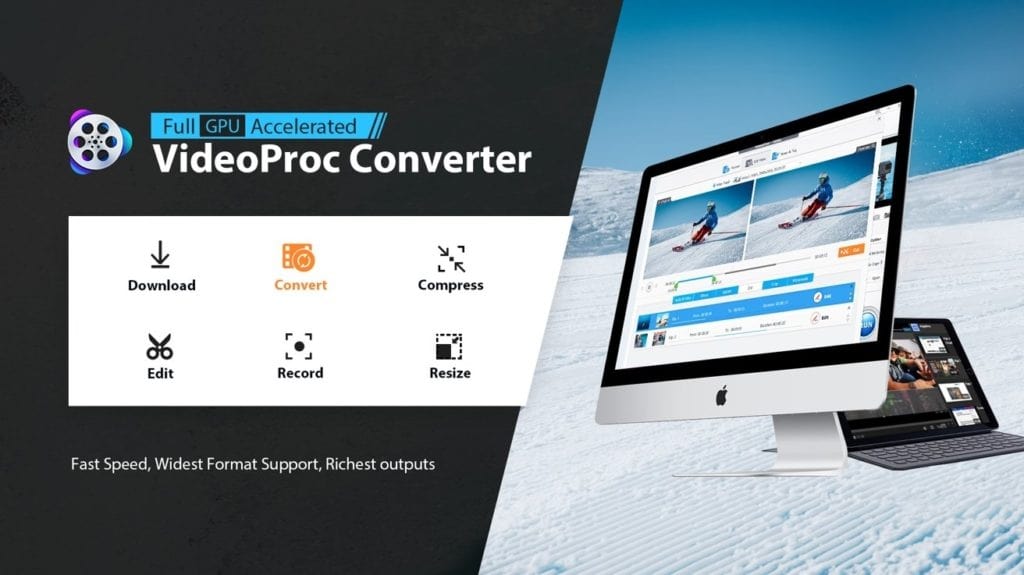 It is entirely hardware-accelerated, which means it can use the device's processor, graphics/video card, and other hardware to expedite conversions. It even has some basic editing skills for modifying videos before converting them.

Users can batch convert videos at once.

The yearly subscription fee will cost you $25.95.

Freemake Video Converter is a video converter, editor, and downloader. It is an advanced multimedia converter that converts between 500+ music and video formats, including HD, Full HD, and 4K.

The software has a user-friendly interface that makes it easy to use, even for novices. You can preview your changes to a video using the tool's built-in media player.

With Freemake, users can convert videos to multiple formats, including Reddit-friendly formats like MP4 and MOV.

As the name says, the Freemake video converter is free-to-use software.

Users must purchase the freemium version for more features, which will cost them $19 for lifetime use. 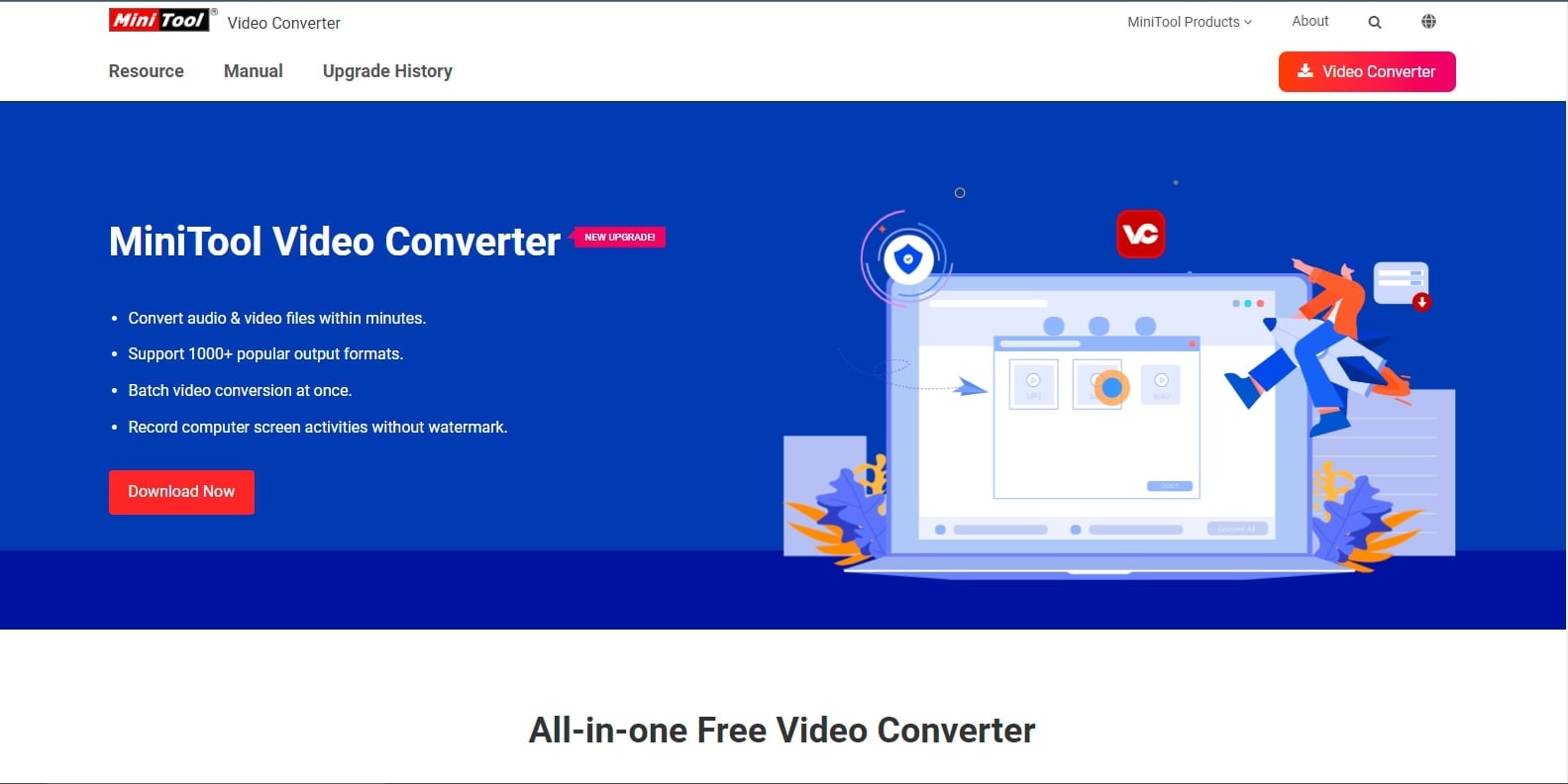 MiniTool Video Converter is a free and straightforward Windows video converter. It is the simplest approach for converting audio and video files to various formats.

Thanks to the user-friendly interface, users will find the video conversion process relatively straightforward.

Since there is no online conversion feature available, you must first download the software for conversion.

Webservice Converter for G Suite is a file converter that allows users to convert media from one format to another quickly and rapidly. Webservice Converter is one of the most popular online video converters for Reddit and Twitter videos. It was created expressly for this purpose and can assist you in easily converting the video.

The software operation interface is simple and intuitive to use

Ads on the interface. 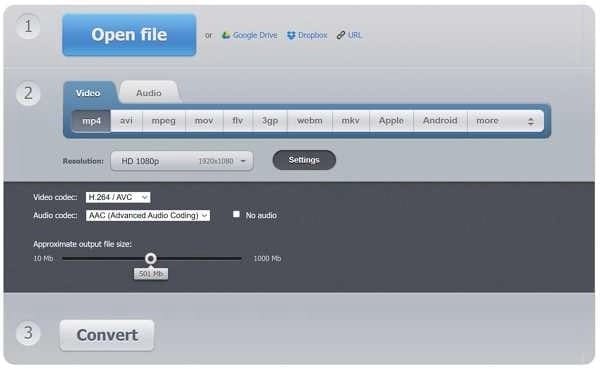 Video Converter Online is a robust online video converter. It can convert your video clips to any format you choose while also allowing you to customize the advanced settings. It's a free web application that transforms video files and will enable you to change the format, resolution, and size of the video in your browser.

You can upload files up to 4 GB in size. The speed of your internet connection determines the uploading speed. Our advanced servers will convert your video files. Most of the time, the process is faster than if you use a computer.

We have not found any disadvantages while using this app. 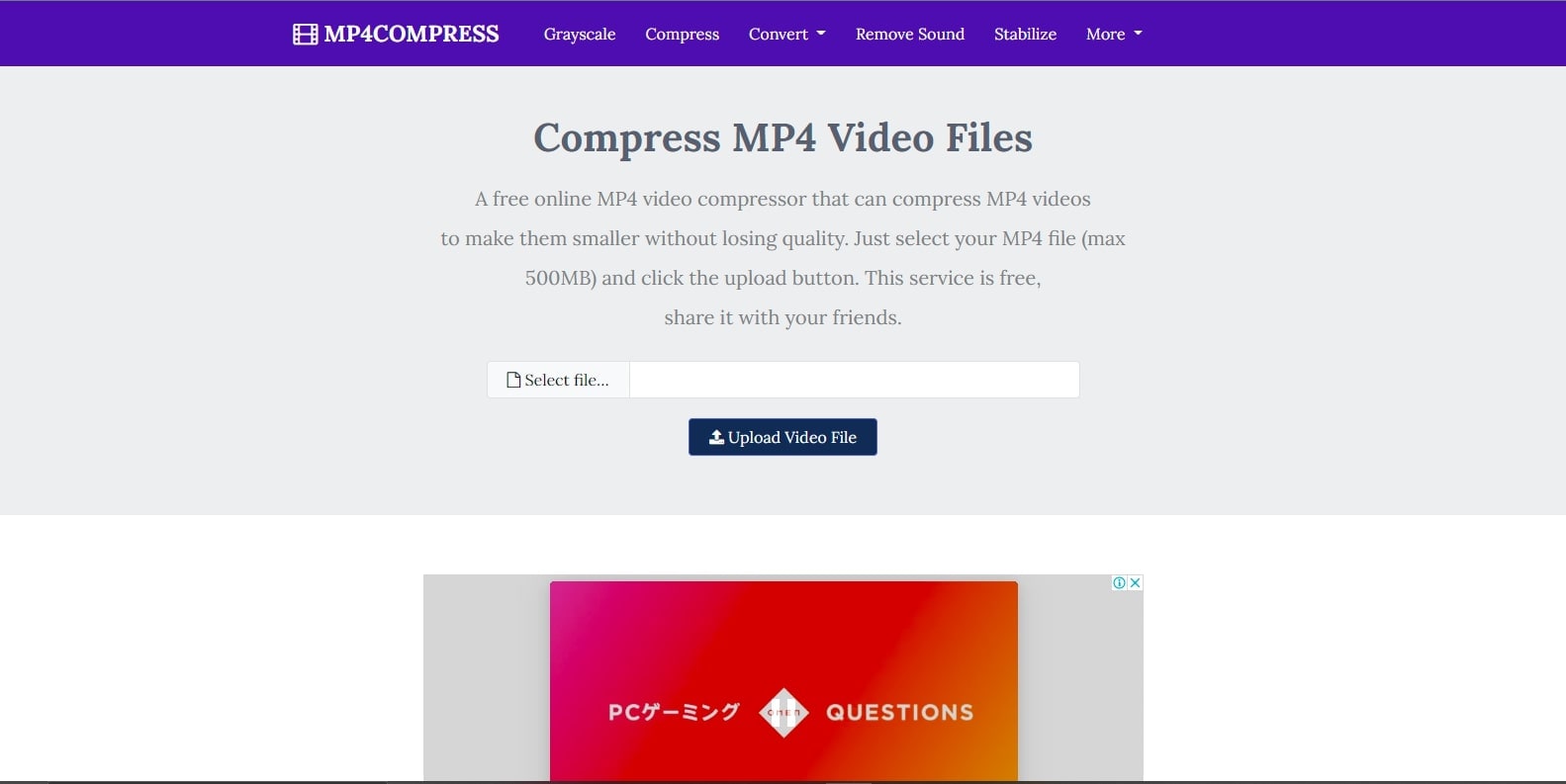 Mp4compress is a video compression program. Users can resize their video clips and create them for social media specifications. It is simple to operate. You may compress MP4 video files online using your web browser with our free MP4 video compressor.

It's an online service that's completely free to use.

Reddit users often complained about the videos with no sound, and the Reddit developers could not help their audience to get out of this problem. But you can enjoy streaming videos to Reddit with sound; as mentioned above, there are many ways to counter this problem.

Besides all these ways, there are also online and offline video converters using which you can convert your video to a format that Reddit supports, and your video will not be muted when it is uploaded on Reddit.

Creating your own GIFs is fun and opens up alternative possibilities for you. Now you'll be thinking about how to upload Ifs on Reddit? Don't worry; this article will teach you how to post gifs on Reddit and introduce Top gif makers to help you make gifs.

Top 8 Videos to MP4 Converters for Reddit to Help You

Are you interested in learning about reddit video conversions to mp4, then look no further this article is for you?

If you need to convert QuickTime to MP4, AVI, or another format for Reddit, simply look for the appropriate preset group on the list.