You may need an audio recorder on a computer if you are a voiceover artist, and sell your audio recordings to the clients for different purposes such as video tutorials, playbacks with lip-syncing, etc. A computer audio recorder is also a must-have tool if you are planning to build your career as a vocalist, and need to practice singing on karaoke tracks. Such recordings can then be sent to various music directors and promoters to get a break in your career. In any case, finding a decent desktop software could be a challenging task, especially if you are not much of an IT person, and that is where the following sections come into play. Below is a list of top 10 professional apps for computer:

If you want to record audio or a podcast on your computer, choose Wondershare UniConverter. This app is compatible with both Mac and Windows and lets users capture their voices without any system or ambient noises. With it, you can use the system mic or an external mic to record audio and export it to MP3, WAV, or M4A files. Even better, the audio converter function lets users retouch their recorded audio professionally.

Install and run Wondershare UniConverter on your computer, then click the Screen Recorder button. Next, click the Camcorder icon, then open the drop-down menu on the top-left corner. Here, choose Audio Recorder from the options available.

If you want to disable all system audio, including mouse clicks, click the Speaker icon. Now open the Microphone menu and choose a device that you’ll use to record the audio. Last but not least, choose an output format under the Format menu. Remember to select MP3 for the best possible experience.

If you’re satisfied with the preferences above, click REC to start recording audio on your computer. Click Stop if you feel you’ve recorded enough content. As said earlier, use the Audio Converter function to edit the audio by trimming, rearranging, compressing, adjusting the volume, etc.

Some other Windows audio recorder applications that can be installed on Windows 10 are listed below:

When talking about the Windows platform, the best audio recorder for PC is its built-in app called ‘Voice Recorder,’ especially if you are looking for a cheap solution. With the latest version, Windows 10 2004 at the time of this writing, the program offers improved UI and allows accessing and sharing the recordings right from the main window itself. You can find ‘Voice Recorder’ in Windows 10 merely by typing its name in the ‘Cortana’ search box that is present in the ‘Taskbar,’ next to the ‘Start’ button. 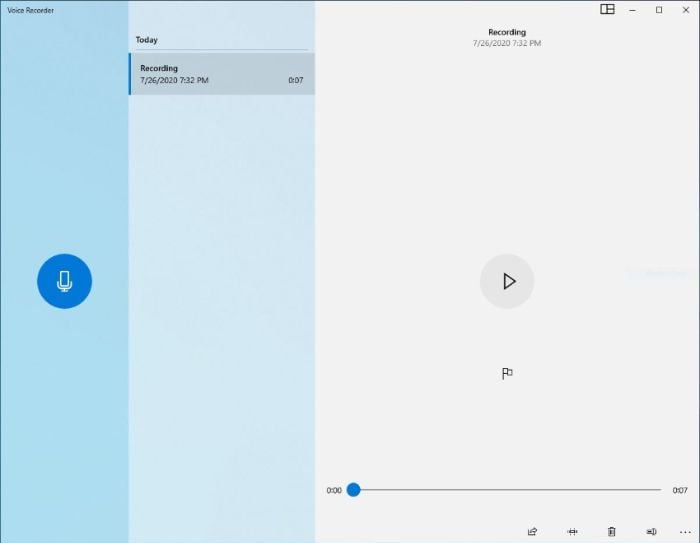 It is one of the most popular screencasting applications that is primarily used for preparing interactive video tutorials and presentations. Being a professional audio recorder, it allows you to disable the screen capturing option right from the ‘Camtasia Recorder’ panel, thus allowing you to record only system audio and inputs it receives from the sound card and microphone.

Most versatile audio recorder Windows 10 may get, it can automatically begin the recording process as soon as the program starts. You can even set a time threshold after which the application automatically saves the file on your PC. It has a simple UI and is free to use. 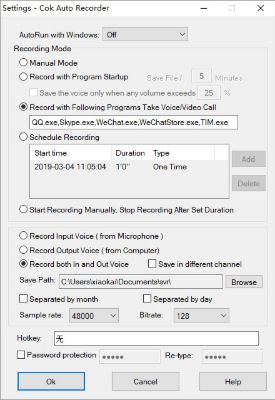 If you own a Mac PC, there are a couple of computer software for that platform as well. Some of the most used ones are listed below:

A built-in program that could be considered a solution for almost all media capturing and playback needs, QuickTime Player is also capable of recording audio from an integrated or external microphone. Even though the tool lacks some advanced editing features, it is the best audio recorder for PC if you are looking for a free solution.

As an efficient application for macOS, in addition to recording your voice through the microphone, Audio Hijack can also be used to capture VoIP calls, audios from streaming platforms, etc. This professional sound recorder for Mac serves as a ‘record what you hear’ program, which means anything you hear can be recorded with Audio Hijack.

Developed by PDF Technologies, Inc., it can record in HD quality. It offers simple UI, enables you to record footages from your Mac’s webcam, and allows you to capture only the audios using the external or integrated microphone. The latest version of the app is even compatible with macOS Catalina 10.15. 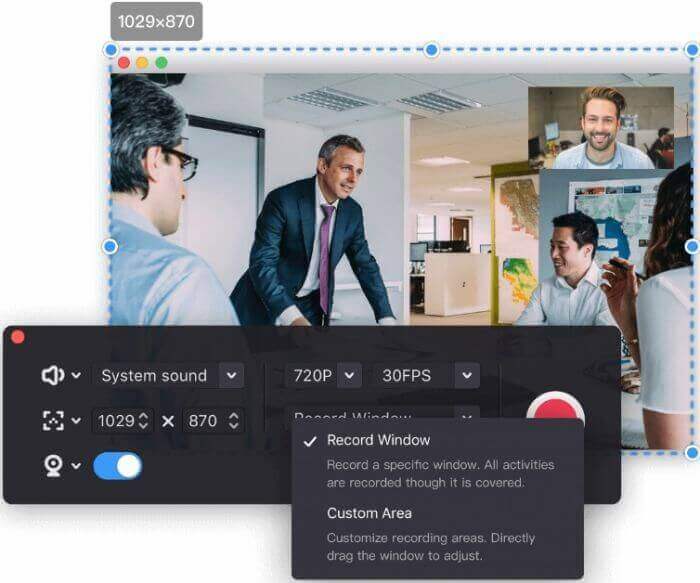 Even though one of the underrated operating systems among home users, Linux is also capable of doing many tasks as long as you have correct tools in hand. With that said, some most popular Linux audio recorder apps include:

It is an efficient software that can work as a laptop or desktop audio recorder for the three major platforms, i.e., Windows, Linux, and Mac. The tool has a built-in editor that enables you to fine-tune the audio files quit granularly to make them sound professional and of industry-standard quality.

Audacity is one of the leading applications for all platforms. The tool is versatile, free, and opensource, and most importantly, due to its flawless functionality, it is preferred by the majority of professionals across the globe. The simple and intuitive UI doesn’t require any specialized training, and all you need is some basic understanding of how audio waveforms work.

A free and opensource tool by Launchpad, it can be obtained along with its source code for Linux from the Launchpad’s official website. The software was last updated on April 14, 2018, and is considered to be the most stable version to date. As with all the other packages developed for Linux, although installing it on the OS is equally tricky, the step-by-step instructions on how to get it done could be found easily by performing a quick online search. 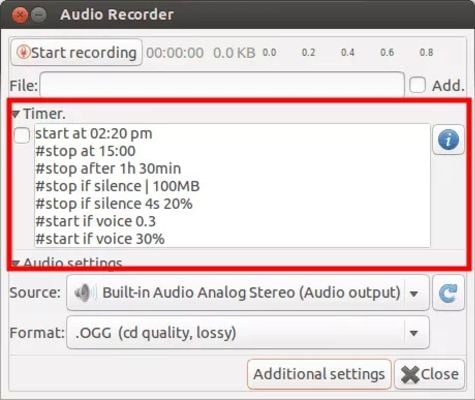 Below is a comparison table giving a clear picture of the differences and the available features of each of the desktop audio recorder apps listed above:

An audio recorder is a must-have tool for all media lovers regardless of the platform of the computer/operating system they use. While there are several professional applications available in the market, the most versatile and lightweight is Wondershare UniConverter that is also a universal converter that converts 90x times faster than its competitors and supports more than 1,000 formats.