All Ways to Record Hulu

Hulu is an online video streaming platform that contains an extensive collection of TV shows and movies. It is a subscription-based service that is quite popular. It holds the right to air some of the most iconic sitcoms and web series. If you want to record Hulu, there are a lot of screen recording tools available on the Internet that can be used for it. Most of the devices nowadays have built-in screen recording tools that are quite capable on their own. Although inbuilt tools are enough for almost all the different recording requirements, third-party tools can prove out to be a lot better. This is because they have a lot of other features and options that can allow you better control over the quality of the recordings.

Part 1. How to Record Hulu on Mac

Hulu is a popular video streaming platform that is used all around the world. It is available to be used on iPhones, Android, Mac and Windows, etc. If you are a Mac user and wish to record the TV shows or movies, you can use Quicktime player to record the movies with ease. This tool is pre-installed in Mac computers and laptops. You can easily use it as it can record high-quality videos with ease and can record system sounds as well as sound from external sources. If you don’t have Quicktime in your Mac, you can easily install it from the app store of apple.

The following are the steps to help you understand how to record Hulu on Mac.

Step 1. Open your Mac and launch the QuickTime player.

Step 2. Now, go to the File option and click on New Screen Recording or press control + option + command + N on your keyboard. 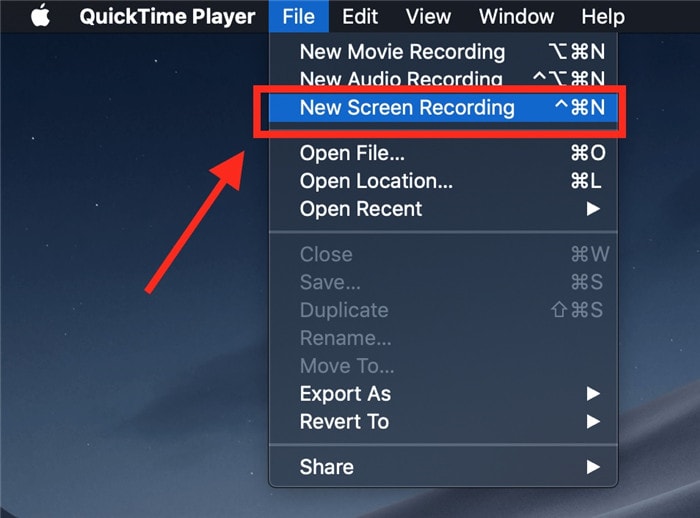 Step 3 Now, you will be able to see the screen recording along with lots of options to tweak the setting. Click on the red button to start recording.

Step 4 When you are done recording the audio, stop the recording, and it will be saved in the local storage of your Mac.

Part 2. How to Record Hulu with Hulu DVR

Cloud DVRs are one of the best ways to record shows from Hulu so that they can be watched later. Cloud DVR doesn’t actually record or download any file on your computer, but it will just save the recording on its cloud servers. This is free-to-use software for mobile and computer devices. All you have to do is to add the movies and TV shows to the My Stuff section of the application, and the files will be automatically recorded and saved on the servers so that you can watch it later.

The following is a step-by-step guide to record Hulu.

Step 2 Select the TV show that is on live airing.

Step 3 Now, go to the description section of the TV show or the movie.

Step 4 Click on the My stuff or My Episodes option, and the show will automatically be recorded on the phone. 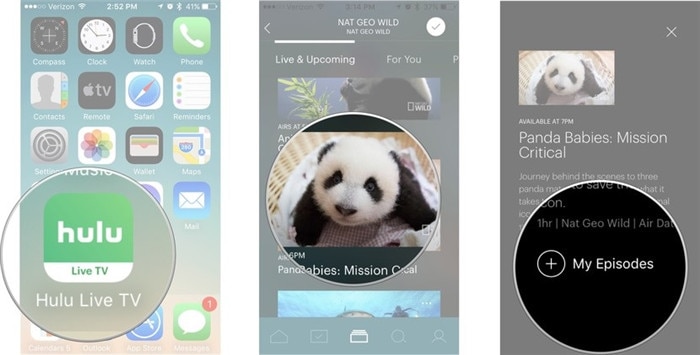 Hulu is a video streaming application that is extremely popular all around the world due to having a wide collection of some of the best TV shows and movies from all around the world. It also lives streams a lot of TV shows at the same time as they are aired on television, which makes it a great application for people who are always on the go. If you wish to record these shows on your computer, it can easily be done by using a third-party screen recorder like Wondershare UniConverter. This is a free-to-use and versatile tool that can record screen, convert files, edit videos, and a lot of other stuff.