6 Ways to Record Your Wonderful Game Moments in WOW

Blizzard Entertainment's World of Warcraft (WoW) is a massively multiplayer online role-playing game. Two opposing groups battle in the World of Warcraft game. The Alliance and Horde are the two factions. On YouTube and other sites, you may find a plethora of WoW or gaming teaching videos revealing how to record wow; however, here we've addressed this question in the simplest way. Many gaming experts post their gameplay videos online to give tips and tactics or to demonstrate flawless performance. Do you want to brag about your wow record as they do? This article will teach you how to record World of Warcraft games without latency using the finest tool available.

World of Warcraft is a massively multiplayer online role-playing game that has a global audience. There are some fantastic tracks that you should listen to while playing World of Warcraft. The game has offered its players not just unforgettable in-game events but has also transcended the gaming business and poured into popular culture at times. But how can you record wow gameplay and share it with your friends? Don't be concerned. We'll show you how to record World of Warcraft without a time restriction for replay in this article.

01 How to Use the Built-In Screen Wow Recorder?
02 6 WOW Recorders to Help You Record the Best Game Videos
03 How to Record WOW in an Easy Way?
04 Summary

Part 1. How to Use the Built-In Screen Wow Recorder?

With its free and built-in recorder, Windows 10 users will never be odd again. Xbox Game Bar was created with some fantastic capabilities in screen recorder Windows 10 desktop activities, all for free. It was designed to record games on Windows 10 devices. Although this approach is the fastest and simplest way to record WoW on Windows, it quickly becomes less gratifying as it fails to give the greatest quality clips and audio recording is always an issue.

You may clip the past 30 seconds on your PC by pressing Windows + Alt + G. One of the delights for game enthusiasts would be to capture the greatest moments of their gaming lives and share them with their friends on social media. As a result, having competent game recording software that can effortlessly capture games with no delays is crucial and required. Because there are so many game recording software options on the market that it might be difficult to decide which one to use, we've compiled a list of the best 6 WoW recording software for Windows that we tested. Continue reading to find the perfect one for you.

Wondershare UniConverter is a top-notch option for recording your WoW game in a single shot. This Game Recorder is one of the best options for gamers who want to record 4K UHD footage at 480 frames per second. It allows you to record your gaming and share it on social networking networks without having to convert it. To get the finest viewing experience, you may opt to record your voice via the microphone, camera, and even the system. When you're playing a multiplayer game and having a chat with your teammates, it's important for the spectators to comprehend what's going on. As a result, this practicality might be a "game-changer" for your films.

WOW games may be recorded easily and rapidly.

Make use of the system's and microphone's sounds.

You may choose to capture a portion of the screen or the whole screen.

Modify the codec, frame rate, bit rate, resolution, and channel, among other things.

A best game recorder that doesn't reduce FPS, has no time restriction and doesn't have a watermark

UniConverter offers a restricted free version, so you'll need to upgrade to a more affordable subscription to get the complete set of functions.

In this article, Gamecaster, a common lightweight recording software, is suggested for capturing WOW games. You may record the full screen, a portion of a zone, and more with this HD game recorder. It has a 4K quality output and enables you to add sketches, outline, and animate in real-time while recording games. If you pick the free version, your recorded video will be watermarked by default. Furthermore, this application can only store recordings in MP4 and AVI formats. 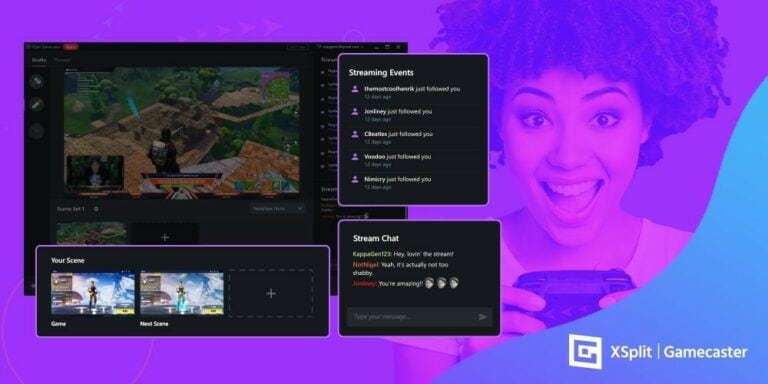 Display photos on the screen at random intervals.

Allows for more dynamic and exact reproduction play videos to be created.

Users who haven't registered may use it for 30 seconds at a time.

Consume a large amount of memory

Dxtory is a powerful recording tool for PC that comes with a plethora of customizable options, making it excellent for capturing continuous interaction or games. To progress your recording, you may record numerous sound sources and alter your video settings. 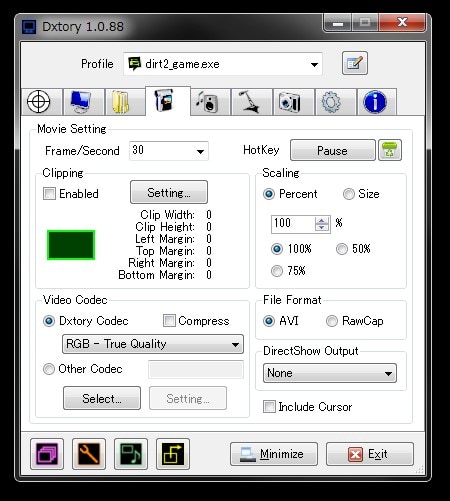 Allow for a wide range of video and audio modification options.

It provides support for a single permit that covers several variations and has a simple user interface.

There is no live streaming capability, therefore it is not suitable for novices.

You may utilize FBX to continually record your ongoing interaction, and you can also use it to live broadcast. Even if it isn't the ideal programming for live streaming, it has that component that has warmed it up. It may be used as a DVR to reliably record games and store the fastens with the press of a hotkey. If you're looking for a trouble-free recorder with excellent quality, go no further than FBX. The best screen-recording application for a low-end PC is FBX Recorder. 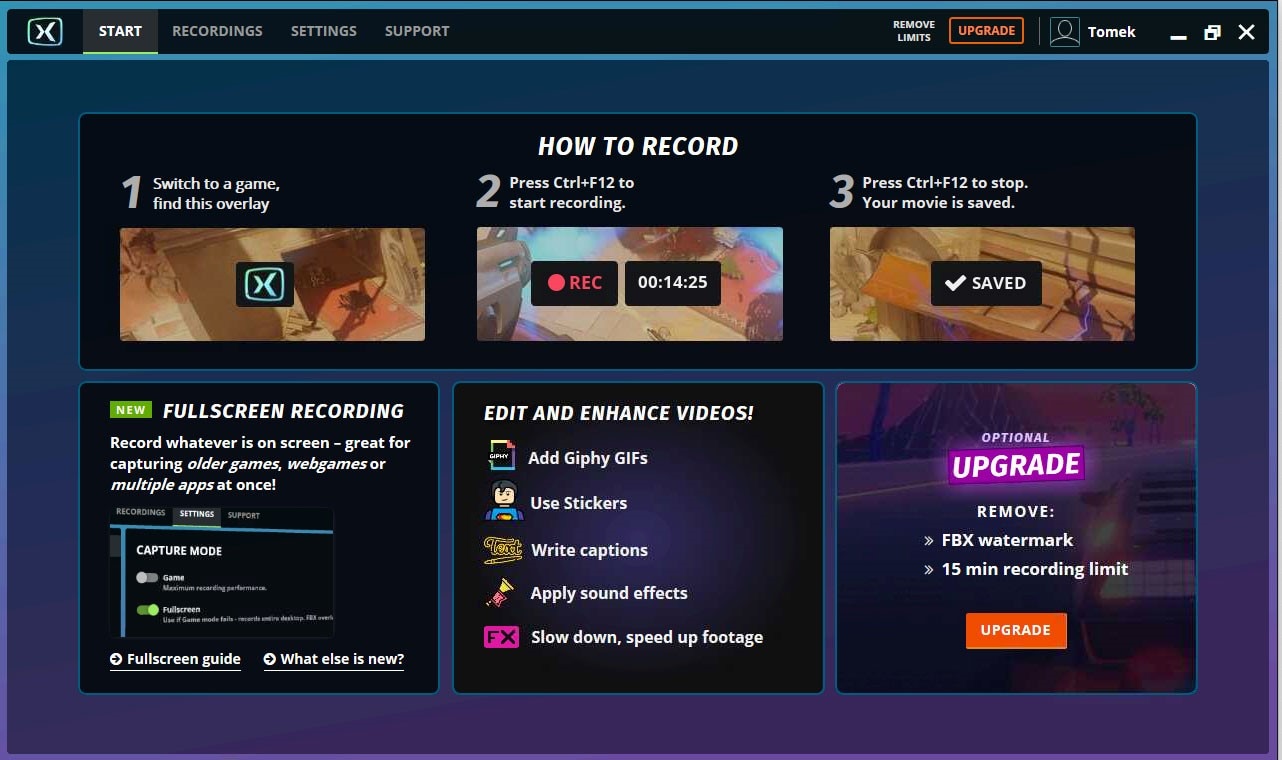 The price of a trial run

It is not possible to use it to capture your workplace.

In case you didn't know, OBS isn't only a game recording application; it's also mostly used for streaming, allowing you to broadcast World of Warcraft across all platforms. OBS, a screen recorder built for pros to record games with various sophisticated capabilities, has a difficult user interface, which means you'll have to spend a lot of time learning how to record gaming using OBS. Users may record live streaming videos and games for as long as they like using this open-source recording software. It also has a variable quality and adaptable proportions. However, this tool only supports MP4 and FLV as output formats for recorded videos. 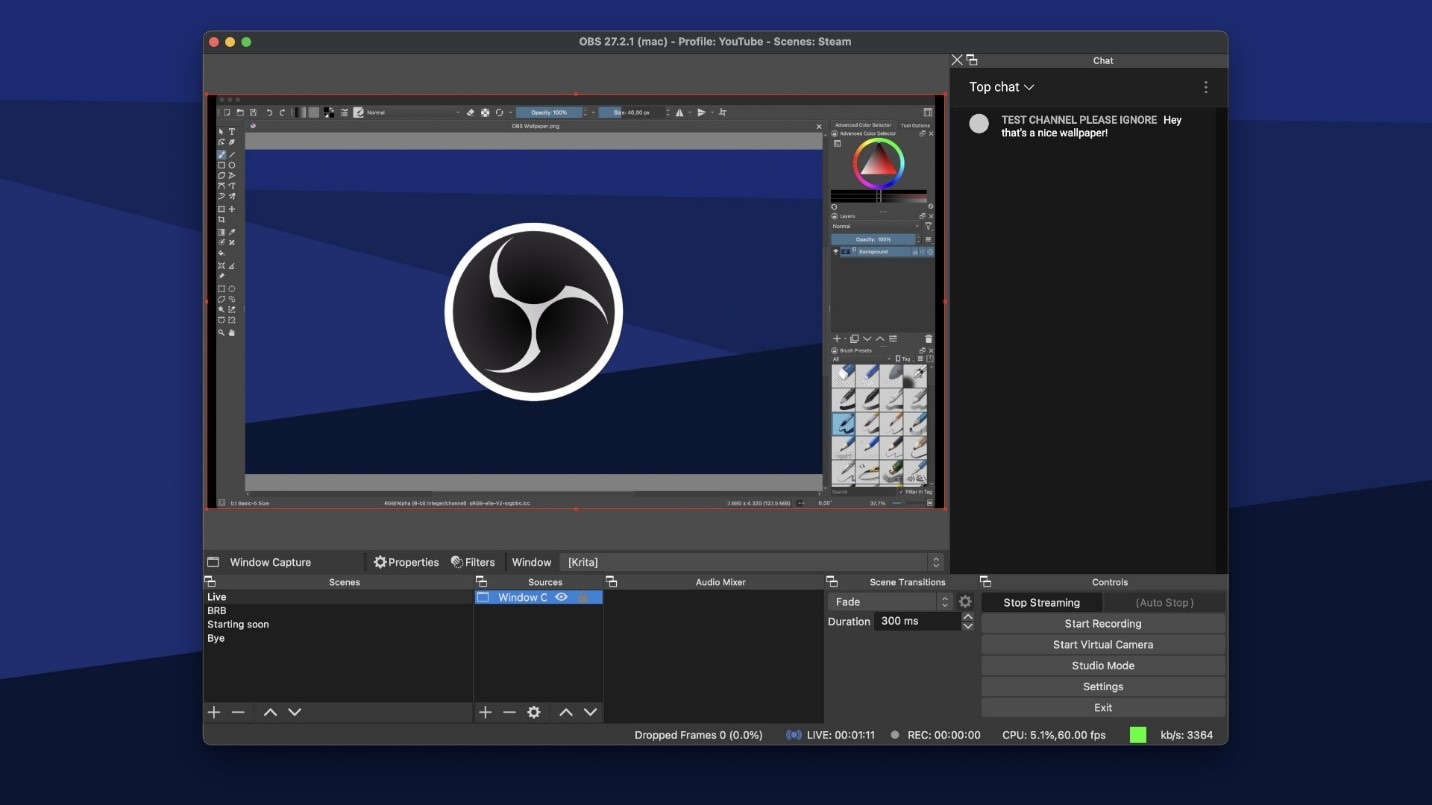 For video recording and internet sharing, use free and open-source game recording software.

Windows, Mac OS X, and Linux are all supported.

High-performance video/audio capture and mixing from various sources in real-time.

Allow players to record both their screen and their camera at the same time.

Compatible with Twitch, Facebook Live, Rstream.io, and other streaming platforms.

OBS can only capture gameplay at 30 frames per second.

This free game recorder does not include a video editing tool.

Gecata is a free, simple, and lightweight game recording software for Windows developed by Movavi. The creators of this software have tested it with the majority of famous games to assure that it works with them all, and you can start recording beautiful gameplay videos right away. You may select to show a little real-time camera capture of yourself in the corner while recording your WoW gaming so that viewers can see your facial emotions. This is a fantastic method to engage with your audience on a personal level. 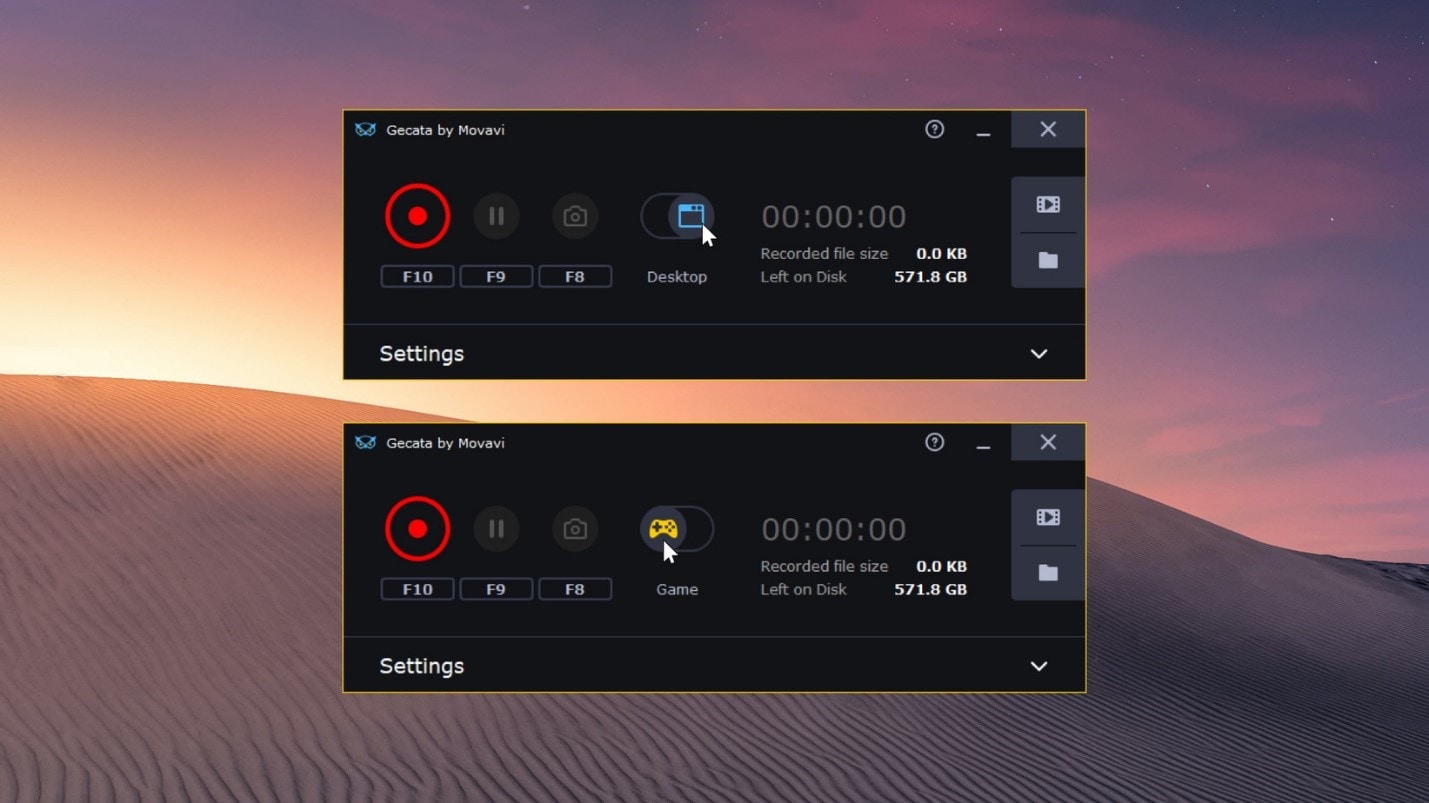 Assist you in watching the framework, standard FPS, mouse idleness, and other aspects of the game.

Use a webcam to record your mouthpiece noises.

Affect the CPU's performance in a minor way

The application's operation may have an impact on the execution of your ongoing interactions.

Part 3. How to Record WOW in an Easy Way?

You can effortlessly upload your gaming videos and music to YouTube and Google Drive using UniConverter. Additionally, this dependable screen recorder allows you to capture films using both microphone and system sound. The basic interface of this recording software is simple and tidy, and it contains a lot of functions. UniConverter will be your finest option when compared to other open-source screen recorder tools. You are permitted to record WOW gameplay in excellent definition, as well as the video, soundtrack, instruction, and so forth. You may also save the gameplay footage in a variety of formats, including MP4, AVI, MOV, WMV, and others. The video that was captured may be viewed on a variety of devices. Furthermore, since it is a complete gameplay recorder, you may record the game for an unlimited amount of time. Other options include setting shortcuts, setting a record timer, adding a watermark, highlighting the pointer, and so on.

Step 1 Get UniConverter WOW Recorder and install it.

Wondershare UniConverter is a free tool that may be used to record World of Warcraft gaming. To get this all-in-one software, browse to the supplied URL for your operating system and download it on the move. Following that, you may install it on your PC and play WoW alongside it.

Step 2 Select a recording mode and double-check your recording settings.

When you click the Settings icon, a drop-down menu appears, allowing you to choose the desktop location for the recording, video quality, shortcuts, timer, and other options. Click the red REC button, and the recording will begin after a 5-second countdown.

Step 4 Stop the Recording and Save

Finally, you can either utilize the generated shortcut or click the red Stop button to stop recording. The Screen Recorder feature will shut off on its own. To preview your video, click the Open button, and then the Share icon to post it to Vimeo.

World of Warcraft is a game that has been around for quite some time. Players have slain interplanetary demon lords, gone through time, rescued the Earth, and battled atop a city-sized dragon throughout eight expansions and hundreds of significant upgrades. World of Warcraft is an online role-playing game that enables players to perform tasks and role-play. We have mentioned six top ways to assist you to tackle how to record wow in a simpler manner. You may easily capture WOW gameplay using the techniques listed above; however, for an even easier solution, we recommend Wondershare UniConverter Screen Recorder as the quickest and simplest method to capture World of Warcraft gaming. At first sight, you'll be able to figure out how to use it thanks to its straightforward UI. On both Windows and Mac, it can record all activities with the gameplay hand-in-hand.