8 Best CSGO Screen Recorders to Easily Record for You

Multiplayer games were on the rise after 2010 and it went too far now that almost every game invented comes with multiplayer capability. In 2012 a game was released by valve and hidden entertainment known as Counterstrike: Global Offense. The game grew a tremendous number of players due to its entertaining multiplayer platform. Nowadays many of its players such as YouTubers record the multiplayer experience and share it with their viewers for fun, while many record them for the sake of earning money. Many players record CSGO during competitions and at the same time stream it to different platforms such as Facebook, daily motion, and YouTube. In this article, we will show you 8 cool CSGO screen recorder tools to make CSGO recording easy for you. So, let's dig in!

01 How to Record in CSGO with Xbox Gambar?
02 8 CSGO recorders to help you record the best game videos
03 How to record CSGO in an easy way?
04 Summary

Part 1. How to Record in CSGO with Xbox Gambar?

CSGO can be recorded using a windows built-in recorder known as Xbox Game bar. Let's see how can you use to start recording with Xbox Game bar.

FStep 1: Launching with a Shortcut Key

All you must do is turn on the CSGO game and then press "Windows-Key + G" to turn on the Xbox Gamebar. Now to start recording click on the circle known as "record from now" as shown. 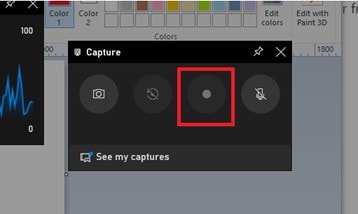 This is one easy method but the problem is that Xbox game bar really put effect on gameplay when compared to another recorder. Moreover, the editing functionalities are very limited in it. So, we have compiled a list of some 8 cool CSGO recorders that can really help you.

We can record PS5 games using these 7 recorders in the market without any issues lets discuss them one by one.

With wondershare uniconverter, you can capture any particular and individual screen while performing other things.

Customizable area capture from a specific area of the screen is supported in this software.

It provides a free trial period.

Your video will have no watermarks.

It comes with both an intro and an outdoor editor, making it a complete bundle.

There are no disadvantages but full features unlock at paid versions.

Another good screen recorder is bandicam that can be used as a recorder CSGO. Bandicam is utilized for capturing games along with showing its stats such as fps and CPU stats. The recorder comes with all the functionalities a modern recorder should have. 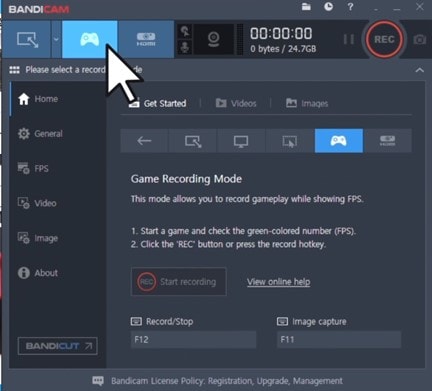 It is indeed excellent for capturing games because it utilizes dx and opengl, and it can film in full - screen mode and scaled screen.

Record games at a high resolution, such as full hd.

While capturing, live stream frames per second on games.

The graphical user interface is quite nice.

The application's interactivity is simple.

The ability to capture single tab screens is missing.

The entire bundle is paid for.

Another fast speed screen recorder out there is Dxtory. It captures screen recording of the games using DX and Open Gl. Therefore, it can show all the stats of the game and in the meantime record it. It is known for its fast speed and performance. 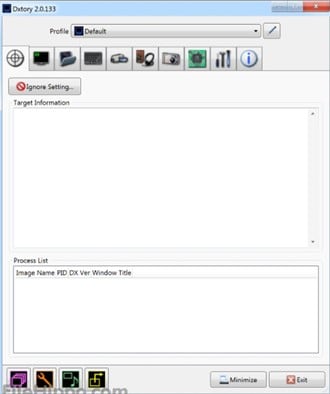 Record in full screen as well as custom screen recording.

The graphics are very alluring and beautiful.

The interface is very user friendly.

This recorder is equipped with a variety of other features which makes it competitive.

FBX Game Recorder lets you capture seamless HD gameplay and modify it with stickers, soundtracks, and special effects. It can capture in ultra-HD and employ great editing capabilities to take your game footage to the next level. Examine your gaming footage and store the best sections as short video clips. You may certainly use it to capture CSGO gameplay. 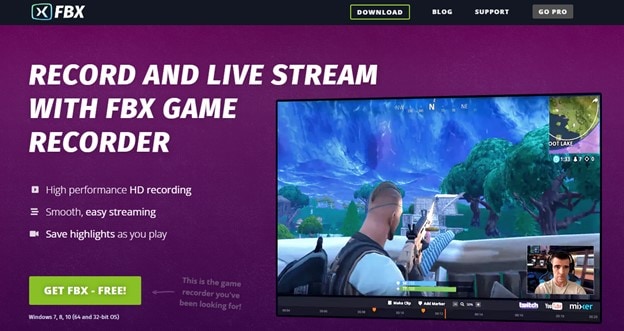 User friendly and easy to use.

Live streaming support with rapid support for your gameplay.

As you play, press a hotkey to store short films of your best moves.

FBX can record your Windows desktop, which is useful for older games and the web.

You'll never miss a clutch kill again if you record FBX like a DVR.

Capture high-resolution photos of the most memorable occasions to share with friends.

Just the Windows operating system is supported by the app.

OBS Studio is a totally free application that lets you record and broadcast your screen while playing games. You can use the application for a variety of purposes such as record CSGO. Otherwise, if you're a professional working on a project, you can utilize this software. 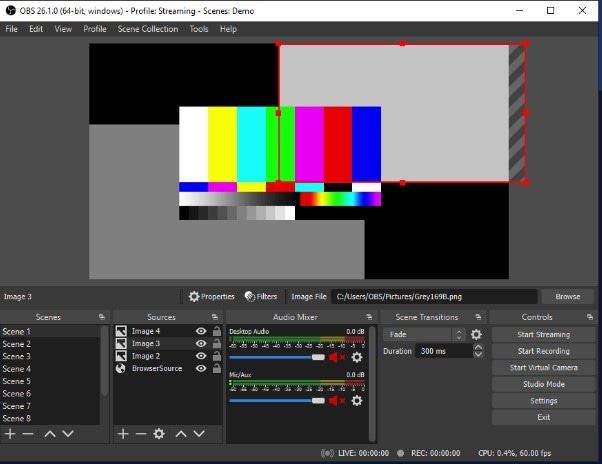 The interface is pretty much basic and almost everyone can use it.

The graphics on the interface are attractive and good looking.

The application can be found online on its website with installation file.

Compatible with windows as well as Linux and Mac.

Occasionally, after recording, the incorrect mic is selected, and the user is unaware until it is too late.

Movavi Gecata 6.1 for Microsoft windows is a very light application that uses very little of your games and systems hardware resources and does not add to the system's load. With just single click, you can use it as a CSGO screen recorder and control the movie while it's playing using the keyboard shortcut keys.

The screen recorder is designed for gaming so no issue while recording CSGO.

There are different modes for full screen recording and custom recording.

Available in installation file so can be easily downloaded from its site.

The graphics on the application is tremendous therefore giving it a very good look.

The interface is also not too much complex and there will be no problem in learning.

Not available on Mac.

ShadowPlay from NVIDIA is awesome tool for capturing games and video broadcasts. It captures up to 30 minutes of gaming at a quality of 1440p and 60 frames per second, but quality restrictions may apply based on the streaming platform you use. You can start streaming on Twitch, Facebook, and YouTube using its Publish Live feature.

Since NVidia is gaming graphics company so the recorder is very sound for CSGO recording.

The graphics work on the interface of the application is awesome.

There are additional features of broadcasting a game.

Record mic, camera, and screen at the same time.

Record your own choice of stunts performed in gameplay with a shortcut key for 30 seconds.

It's not easy to install and requires some operating system knowledge.

Non-Nvidia GPU are not supported.

XSplit Broadcaster is a broadcasting and filming program that does it all. It can collect and mix a wide range of audio and video sources and files. This tool allows you to quickly drag and drop photos, videos, GIFs, and web pages. XSplit also includes advanced gameplay recording and In-Game HUD functionality. 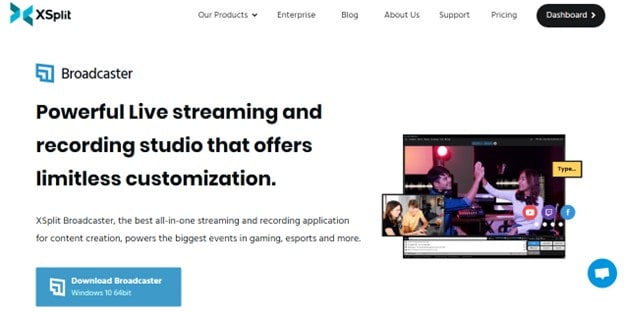 The recorder is fabricated with very good graphics, giving it a vibrant look.

The customer support is 24/7 and have lifetime support updates.

The user interface of the application is easy to learn.

There are many other features that makes it competitive.

Part 3. How to record CSGO in an easy way?

In this section we will show you the easiest way to record CSGO with the best application from the above. After thorough search we recommend Wondershare Uniconverter for best experience.

First, downloads and install wondershare uniconverter from its official website and launch it. You will the following image and choose recorder there as shown.

Step 2 Turn on the Application Recorder

After that launch CSGO and while playing minimize from where you want to start recording. Bring on the UniConverter screen and launch application recorder. You will see the recorder screen as shown below.

Now since you have turned on the application recorder now it's time to select an application. For that click on the select application and choose CSGO by pressing "Alt + Tab" to switch between tabs and select CSGO in the tabs. 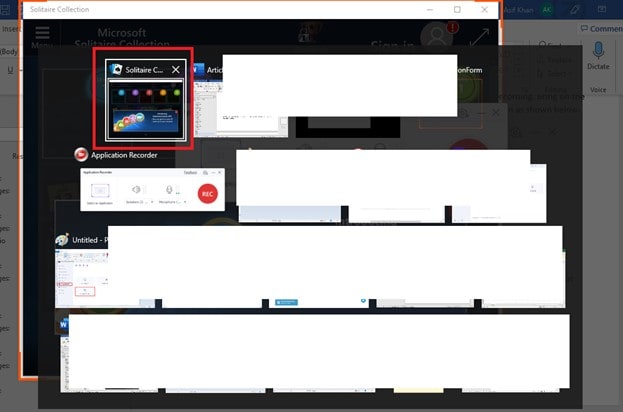 After choosing CSGO as shown in the figure now it's time to click on the red button on the recorder as shown. The recording will start after the count down and you now turn to the CSGO and enjoy. To end the recording minimize again and click on the stop recording button and that's it.

So, this was all about different ways of recording CSGO and why what ways should we adopt. After a lot of research, we collected this data and presented to you so you can find the best CSGO recorder in these to enjoy nonstop recording of CSGO screen recorder. I hope this article will help you in choosing the best recorder. Best of Luck!