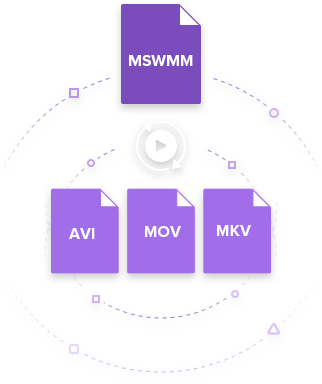 Files with .mswmm file extension are project files created by Windows Movie Maker. They are not video files. So, you can't play MSWMM files in some regular media players like iPhone, Game consoles, PSP, and share them on some video sites, etc. Since AVI is one of the most popular video formats supported by most devices and applications, many people want to convert MSWMM to AVI for more uses.

Part 1. How to Convert MSWMM to AVI for Playback

This article mainly demonstrates how to convert MSWMM files to AVI files step by step. First, you need to save your MSWMM files as video files, and then you can use your favorite video converter to convert them to AVI format. Here, I directly introduce Wondershare UniConverter (originally Wondershare Video Converter Ultimate). It can be your desirable MSWMM to AVI converter, converting videos with ultrafast speed and high quality.

How to Convert MSWMM to AVI with UniConverter

First, you have to save your MSWMM project files as video files. Just click the File menu at the top left of Windows Movie Maker's main interface, choose the Open project to open one of your local MSWMM project files, and drag the imported file to the Timeline below. Finally, go to the Finish Movie > Save to my computer to export a WMV video file. 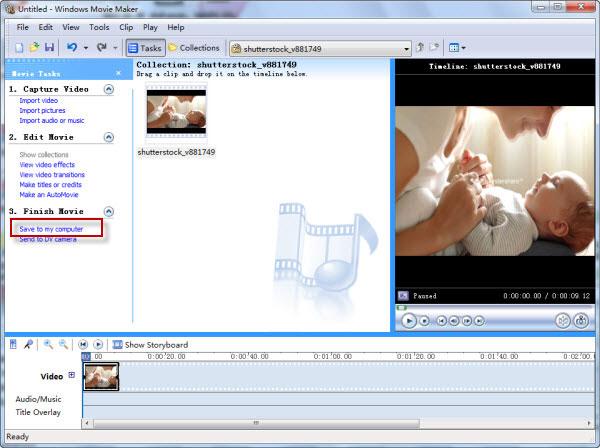 Then, launch the Wondershare video converter. You'll enter into this app's Convert interface. Simply click the file button on the top-left corner of the interface. And then, a window will pop up, leading you to import saved video files in step 1. 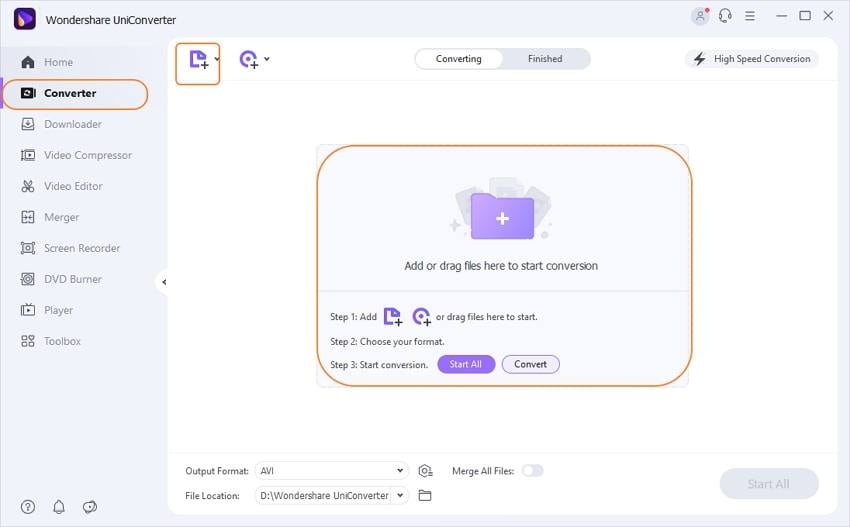 Click the below-arrow icon from the Output Format box and select the Video tab, choose AVI in the left sidebar, and select the video resolution in the right to confirm the output format. 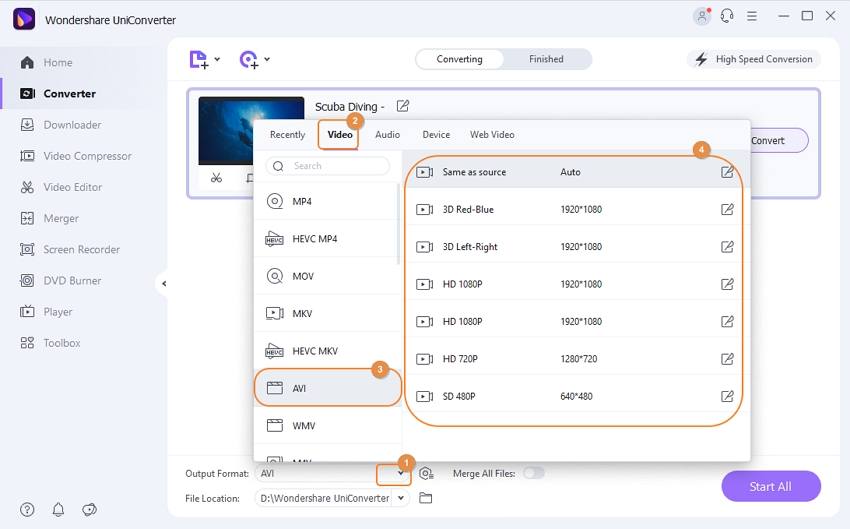 At last, you just hit the Convert button or Start All button on the program’s main interface. This app will start to convert your videos to AVI videos, and the video conversion will be completed a while later. 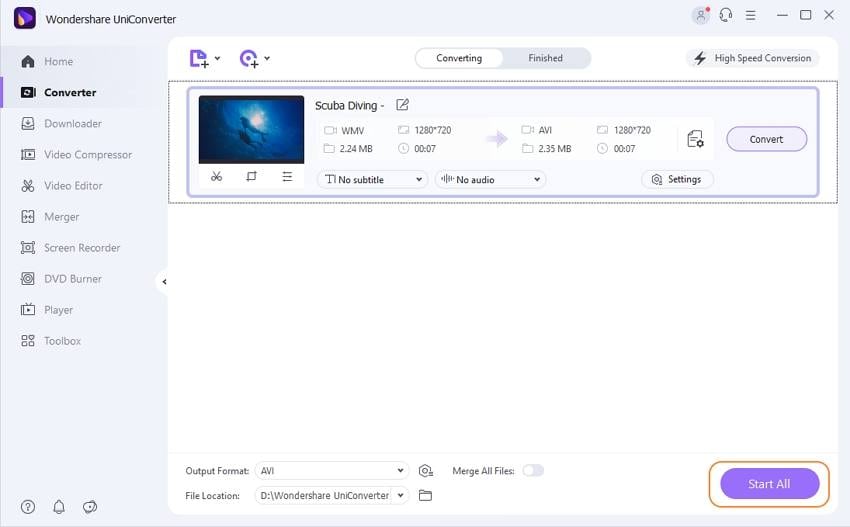 This app will save the converted files in its output folder. The output file path is at the bottom of this video converter's main interface. Of course, you can change it by yourself. After conversion, you can find the output AVI files according to the file path or directly click the Open Folder option beside.

Part 2. Free MSWMM to AVI Converter You Should Know

Wondershare Free FLV to AVI Converter is a free video converter. It can easily convert MSWMM files to AVI at acceptable speeds and is a recommended program to get an experience similar to that of the Wondershare UniConverter.

Step 1: Click on the +Add Files button on the Convert tab to add local MSWMM files.

Step 2: Go to the arrow in the Target section next to the file and select the AVI format.

Step 3: Press the Convert All button to start processing, and the file gets saved at the Converted tab. 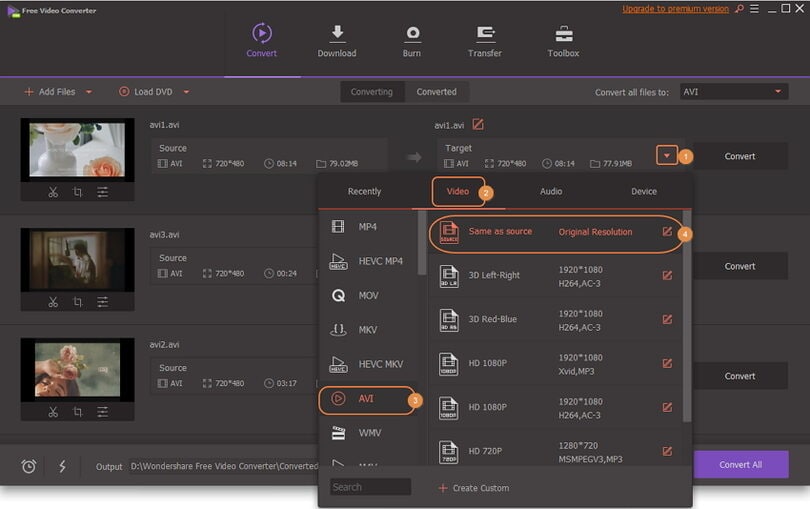 MSWMM is a saved project file for Windows Movie Maker containing the video timeline, audio, and image stills. Still, no actual audio or video information, and thus can’t be edited or played by any other program that isn’t Windows Movie Maker. This makes them quite inaccessible for any other operating system and requires third-party programs to convert the file into a viewable format.

On the other hand, AVI stood for Audio Video Interleaved and was brought around in 1992 by Microsoft as a part of their Videos for Windows software. It’s a format that can encode both video and audio data and play them back synchronously. As of today, it’s one of the most popular video formats in the entire world.

2. Why convert MSWMM to AVI