After making a thorough examination, we have listed 5 of the best Twitter video recorders below that will help you record Twitter videos easily.

Wondershare UniConverter is one of the best video recorders and ultimate converters for Mac and Windows computers. This program gives you a complete toolbox to convert, compress, edit videos, burn DVDs, etc. This software has a 90X faster conversion speed to convert video to other formats. You have to download and install this program on your device to use. It supports macOS 10.11 to macOS 11. The recorded videos don't lose their original quality. You can also merge Twitter videos without any quality loss. It allows you to convert 1000+ video/audio/image formats compatible with Twitter. You can batch convert videos multiple times with this application. You can free download it from their official site. This program has an easy and straightforward to use interface. You can also edit the video while recording in this software.

Open Broadcaster Software, OBS is a free and open-source video recording and live streaming software. It supports Windows, Mac, or Linux. You can download it and record videos from Twitter. It allows you to record system sound as well. OBS has a neat and clean interface that will enable you to work efficiently. You can decide the video capture quality. There is no fee to download and use this software. OBS works well on macOS 10.13 or newer versions; it doesn't work on later versions. You cannot edit videos while recording in this program because there is no option to edit videos. Therefore, the quality of the recorded videos is not that good. There is no way to batch convert videos on OBS. 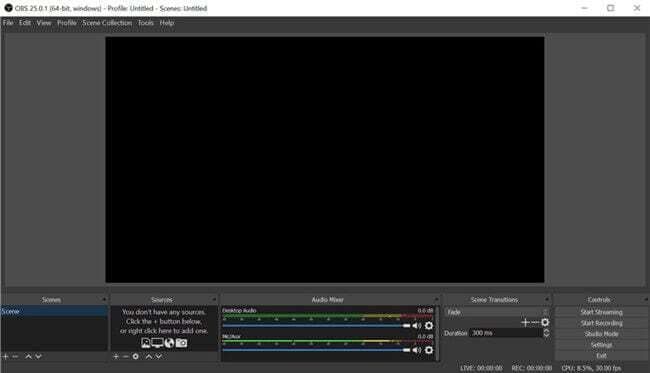 Ice Cream Recorder is another free screen recorder to record videos easily. It is available for Windows, Mac, and Android. You have to download this software on your device to use it. The interface of this program is easy to use for all. You can free download it from their official website and upgrade it to pro for a fee. This program lets you record both microphone and system audio. While recording, you can zoom and draw. You can select the video quality as you want. It allows you to convert video into other formats of the recorded videos later. Unfortunately, it doesn't work on macOS 10.12 or later. 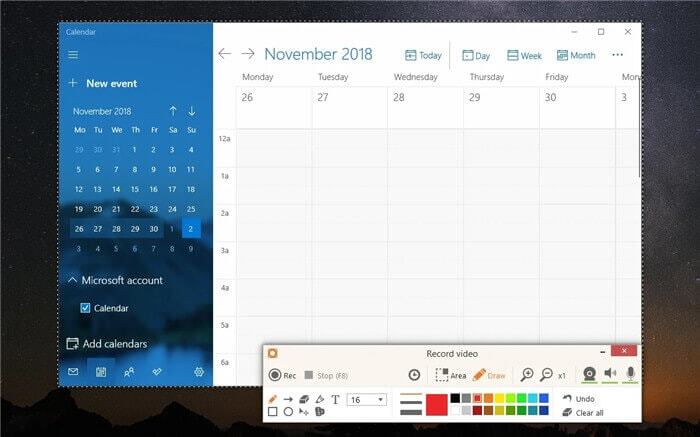 Camtasia is the highest-rated screen recorder and editor, letting you record and edit video. It supports both Windows and macOS. You have to download Camtasia to use it. The interface is quite simple and easy to use. It has a free trial and also you can buy it with fees. You can use this program on macOS 10.12 or later versions. It allows you to record the system sound as well. You will be able to batch convert videos in this program. The recorded video quality is low and blurry. You can also speed quickly edit and process videos in Camtasia. 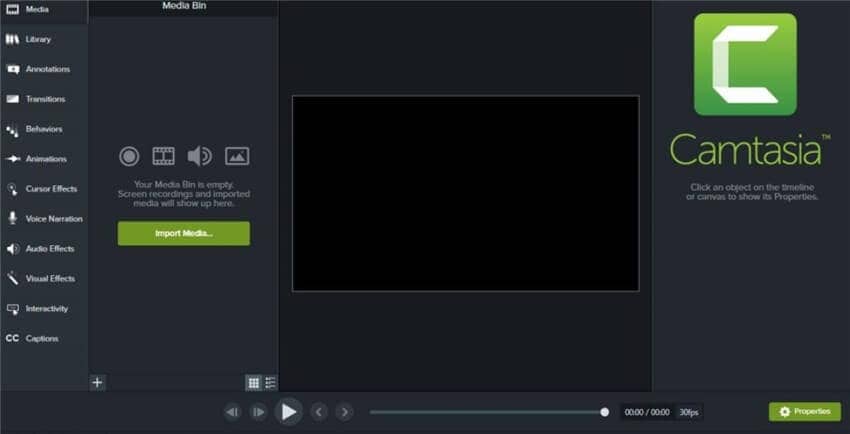 Flashback Express is a screen recorder for remote work and learning. It allows you to capture your screen to record short clips. You will get an easy-to-use interface in this program. To use Flashback Express, you can download it on your device. The quality of the recorded videos remains constant. It is free to download, and if you want, you can upgrade it to the pro version with fees. Flashback Express allows you to record both audio and sound from your system. However, you might face difficulty with software operation while using this software. 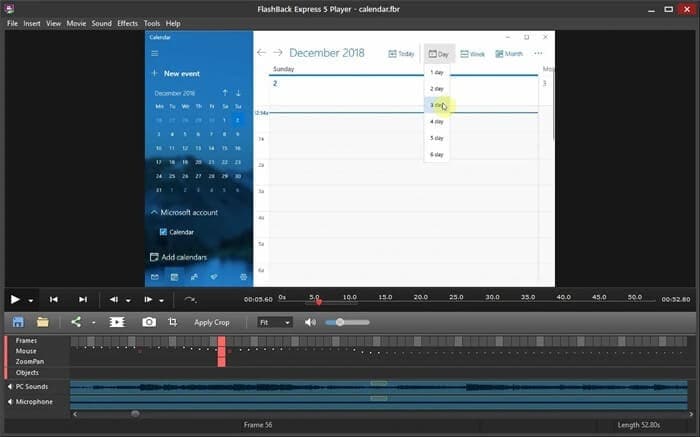 As you know, Wondershare UniConverter is one of the best video recorders and editors at the same time. You can easily convert, compress and edit videos in this program without losing the original quality. Users can resize the video for different social platforms. Using this software, you can make your video into a style that meets Twitter's needs. Let's follow the steps below to record a video from Twitter using UniConverter

Step 1: You first need to download and install Wondershare UniConverter on your device. Launch the software once you have installed it and click on "Screen Recorder." To open the video capture tool, tap on the Screen Recorder image. 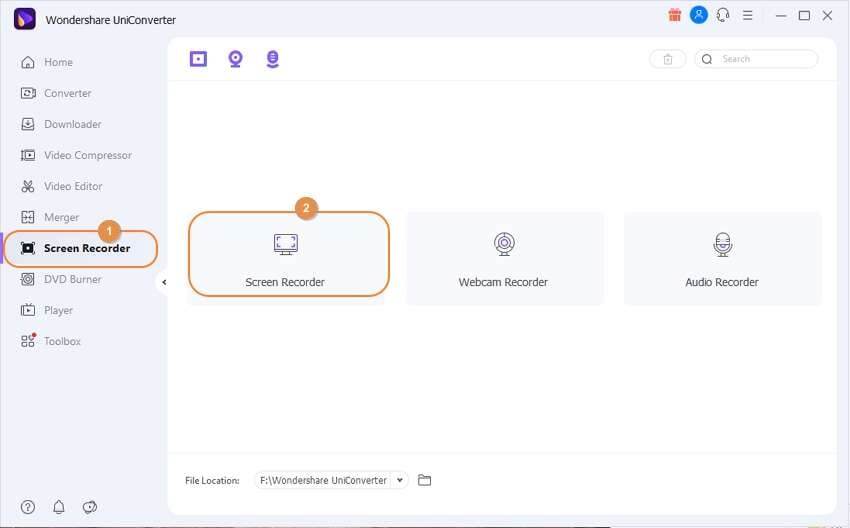 Step 2: From the drop-down list, open the "Recording Mode" and select "Custom or Full Screen." Enter the frame dimensions for the Custom recording style and click on the Lock Aspect Ratio. To drag the recording to cropper inwards or outwards is a more straightforward way. 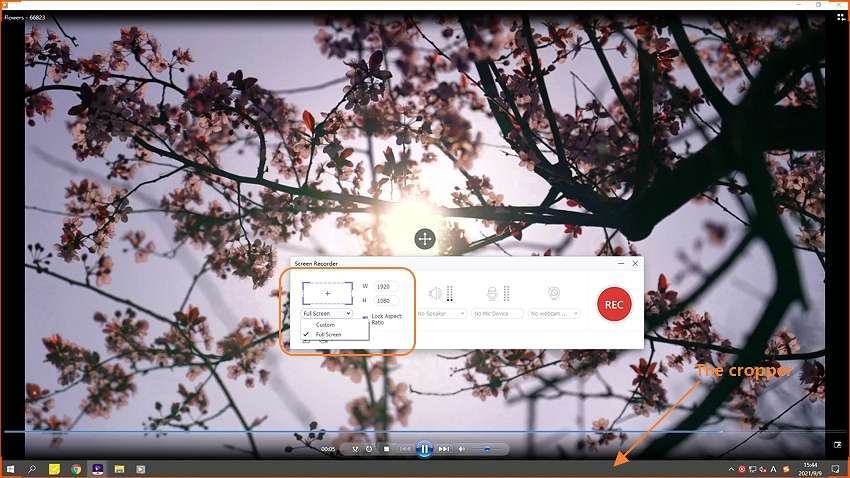 Step 3: You have to choose a sound output gadget on the System Audio menu before anything else. For adding voice narrations, choose a mic on the Microphone menu. After selecting a camera on Webcam, you can also apply PIP effects. 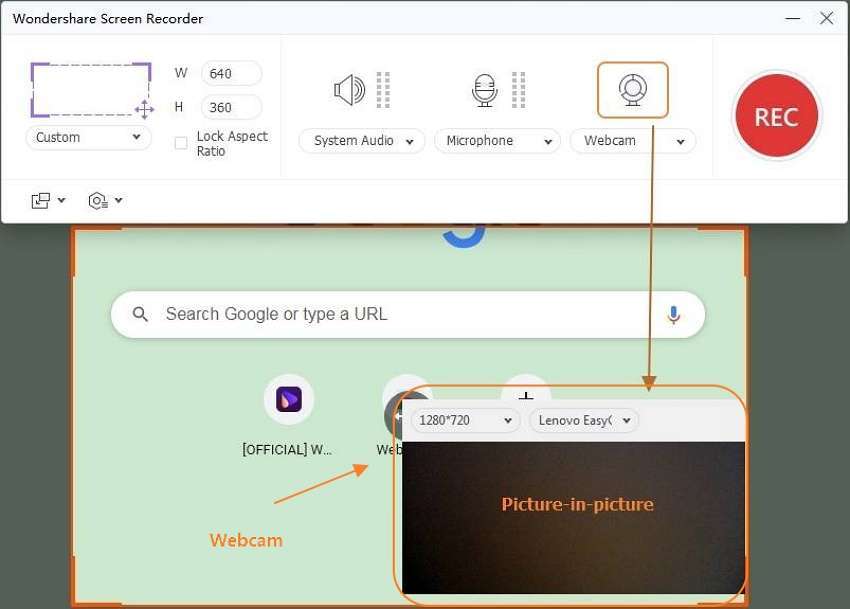 Step 4: Click on the "Settings" or the gear-like icon. Then as the output format, you have to choose FLV, AVI, or MP4. In the next step, select an output frame rate and quality. Once you are done with selecting, set the folder path, recording timer, and keyboard shortcuts. 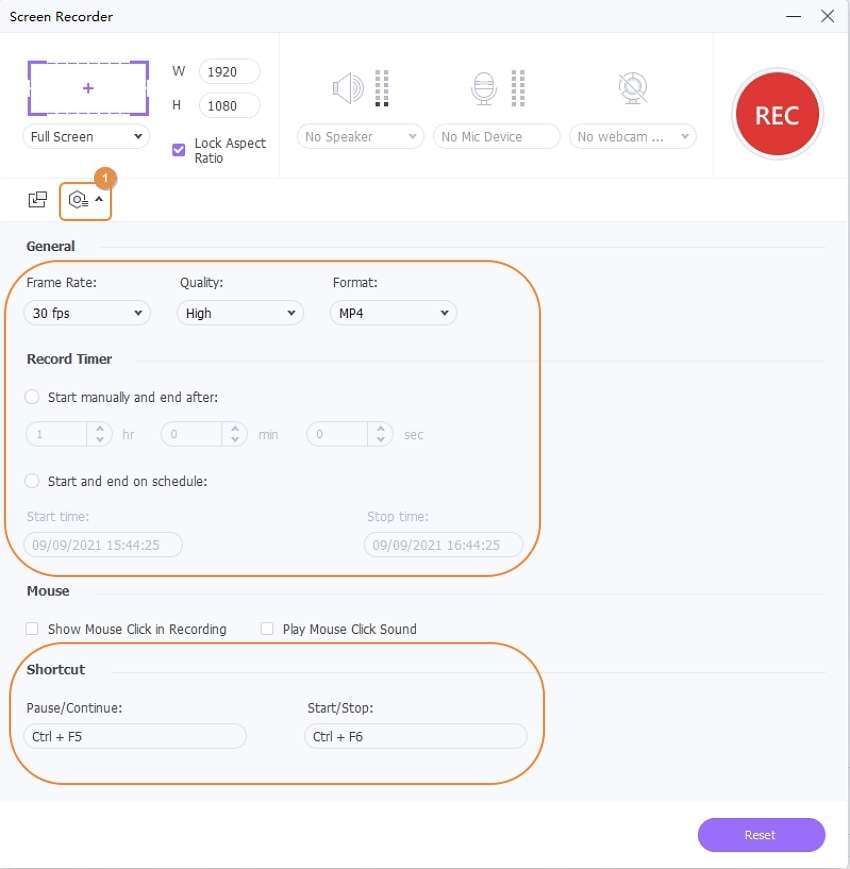 Step 5: Before starting, check if the settings and the capture area meet your requirements. If everything is fine, click on the "REC" button to start recording a video. Next, launch the recording taskbar before clicking the "Annotation" button to highlight or add demos with lines, shapes, texts, arrows, and drawings. To stop recording, press the "Stop" button. 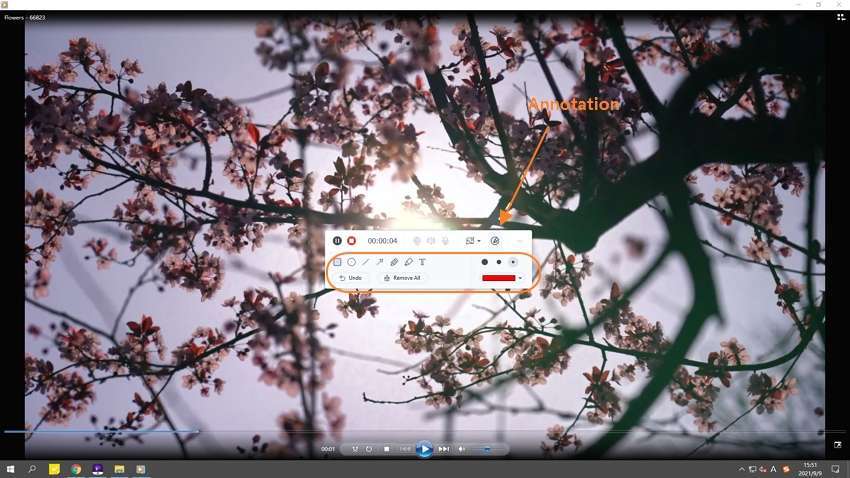 You can record on Twitter as long as you want. There is no limitation over the recording on Twitter-like video length.

To embed a Twitter video in a tweet, you have to go through the steps given below:

Step 1: The first thing you need to copy and paste the video URL from the platform hosting the video.

Step 2: Paste the video URL into a tweet and check if the link is incomplete because the incomplete link doesn't work. An embedded video preview will appear in the tweet text box.

4. How many minutes can a video be on Twitter?

The videos on Twitter should be less or up to 2:20 minutes because if it is more than this duration. You will see an error message saying, "Video Too Long." If you have been allowed access to this feature by your Twitter account manager, you can record for 10 minutes.

Twitter is a famous and rich social platform among us, like Facebook. But it doesn't allow you to download videos like pictures. But you can record the Twitter videos by using a third-party tool. In this article, we have suggested 5 Twitter video recorders that will help you record Twitter videos and how to record twitter videos. Among all the five software, we would highly recommend you to use Wondershare UniConverter because it is rich with editing features and best than other software. Using this software, you can easily record, edit, convert, and compress the videos.

Have you seen exciting GIFs on Twitter and wanted to save them but don’t know how? Worry not; read this article to understand how to save GIFs from Twitter within seconds.

Are you trying to know about the Twitter video format? Need an MP4 converter for Twitter? Read this article to know more! We have described the best video format for Twitter, other Twitter-supported video formats, etc., and more.

In this article, you’ll learn about the right video format for Twitter videos, best software to change the video format, and the step-by-step method to convert videos.

This article will recommend the top 5 ways to convert video for twitter. Find out the best solution for your needs.