How to Play WMV Files on Mac OS

"I just switched to a Mac, and I'm having trouble opening certain videos. All software is up to date, including QuickTime. Is there a way I can watch my old WMV videos on Mac?"

If you are a Mac user, you will sometimes run into content in WMV format that you may want to play on your Apple device. Unfortunately, Microsoft discontinued Windows Media Player for Mac back in 2006, which means the proprietary codecs of WMV are no longer supported and won't open on Mac OS. Don't worry, and here we collect a few easy solutions that help to convert WMV video on Mac.

Without further ado, we'd like to recommend Wondershare UniConverter (originally Wondershare Video Converter Ultimate), with which you can easily and quickly convert WMV to QuickTime compatible formats like MOV, AVI and MP4 on both Mac and Windows system. Furthermore, it not only converts between over 1000 video and audio formats but offers optimized presets allowing you to enjoy WMV videos directly on Mac, iPhone, iPad, or edit it on iMovie and Final Cut Pro.

First of all, you need to download Wondershare UniConverter (originally Wondershare Video Converter Ultimate) on your Mac, make sure you're downloading the corresponding Mac version. Then launch the decent Mac video converter and follow the steps below.

Step 1 Click the Document icon in the top-left to import the target WMV video you want to play on Mac, or directly drag and drop it to Wondershare WMV converter for Mac. 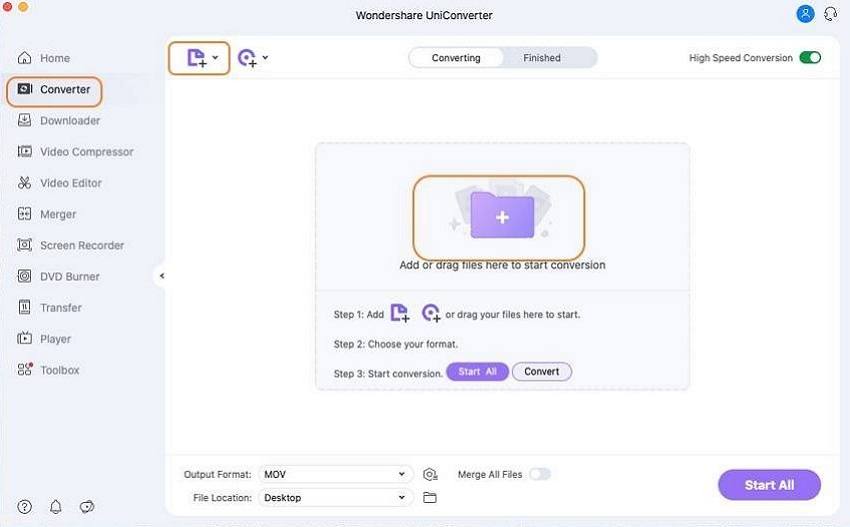 Step 2 To successfully play WMV videos on Mac, we need to choose Mac compatible format as output format here. Go to Target section and click the Setting icon to expand the full list of output format, then choose Video & MP4 and select a resolution in the right. 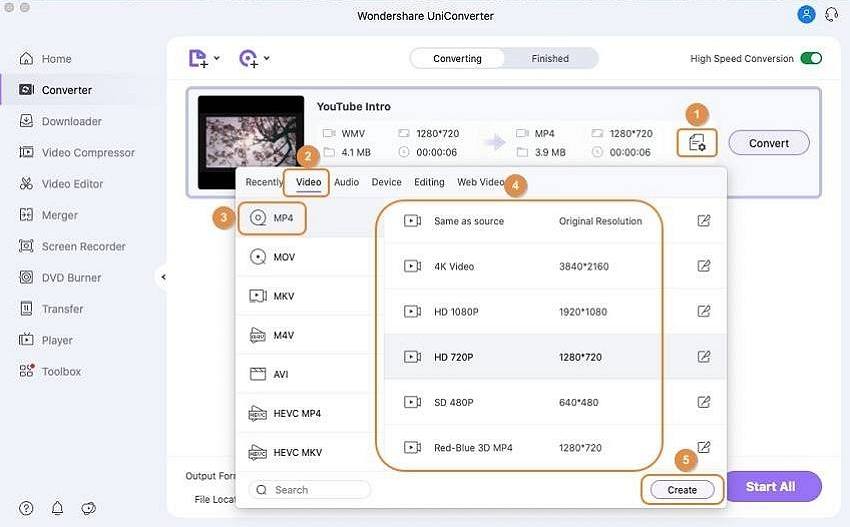 Step 3 Click the Convert button would start converting WMV to Mac format right away. Once the WMV conversion for Mac finishes, you can switch to the Finished tab to get the converted WMV video file that is fully compatible with Mac OS. 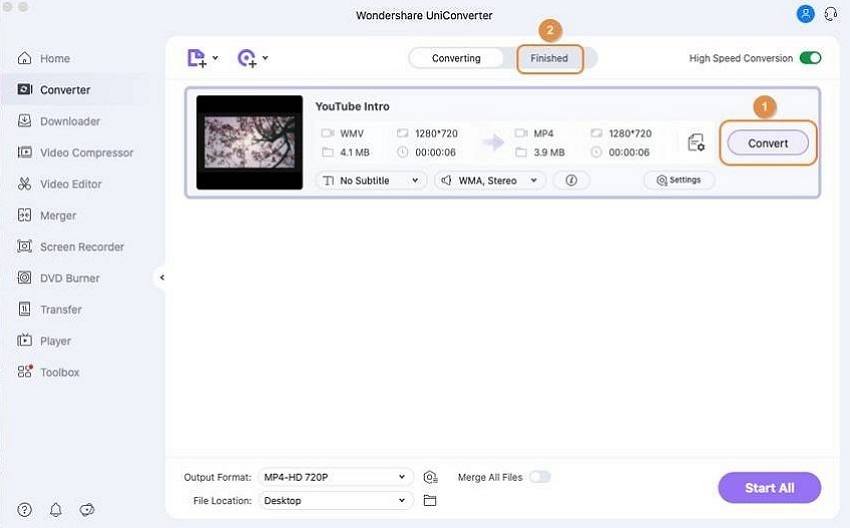 How to Solve WMV videos not playing on Mac?

If you haven't used VLC in a while, your video player might be outdated. To update VLC, launch it on your Mac and then click Check for Updates on the main menu. If an update is available, the program will ask for your permission to install it. Click Yes to start downloading the update. After a successful download, the install wizard will again ask for permission to continue. Click Install to finish updating VLC. 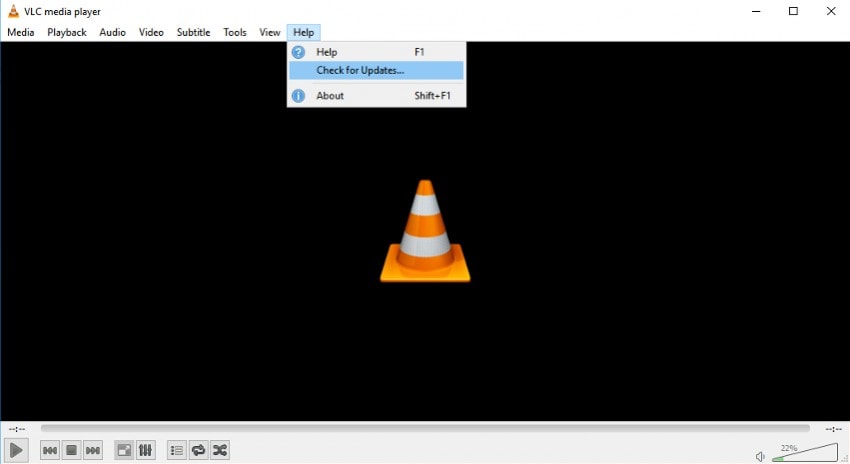 After updating to the latest version of VLC, try playing your WMV file to see if it works.

Microsoft uses DRM (Digital Rights Management) technology to protect copyrighted media files from piracy. If you purchase or download WMV movies from Windows Media Player Center, Amazon Video on Demand, BBC iPlayer, or other video stores, the video files are likely to have a DRM protection, and you will only be able to play them on Microsoft software.

The only way to play DRM-protected WMV video on Mac is first to remove DRM restriction. To do this, download and install DRM removal software. Keep in mind that even if you don't intend to share or otherwise distribute the content, removing DRM might violate the Terms of Use you agreed to when you purchased the file.

Another solution to playing WMV on Mac is installing a plug-in that supports Windows media formats. The most popular of these is Flip4Mac. This free plug-in from Telestream allows QuickTime player to open WMV and WMA files. It also supports WMV in Safari, Firefox, and Chrome and features a clean, easy-to-use interface. 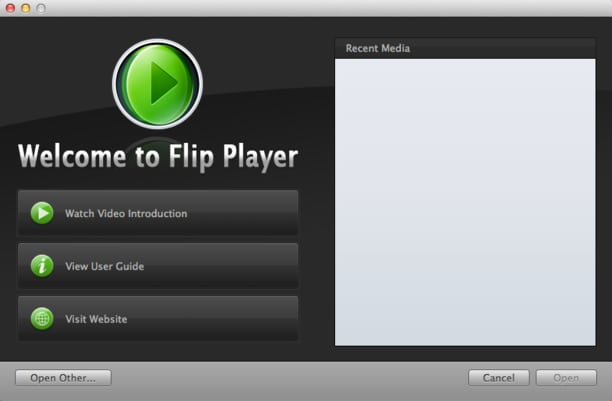 While a good solution for many, this plug-in isn't currently supported by Snow Leopard, Yosemite, or El Capitan. Users running Lion and Mountain Lion also claim it doesn't work.

You don't need to install other media players if you already have Wondershare UniConverter (originally Wondershare Video Converter Ultimate) on your system. This application features a solid built-in player that is capable of handling all the popular formats available today. Powered by advanced audio and video technology, this media player will give you an amazing cinema-like experience with superior control over video, sound, and subtitle settings. 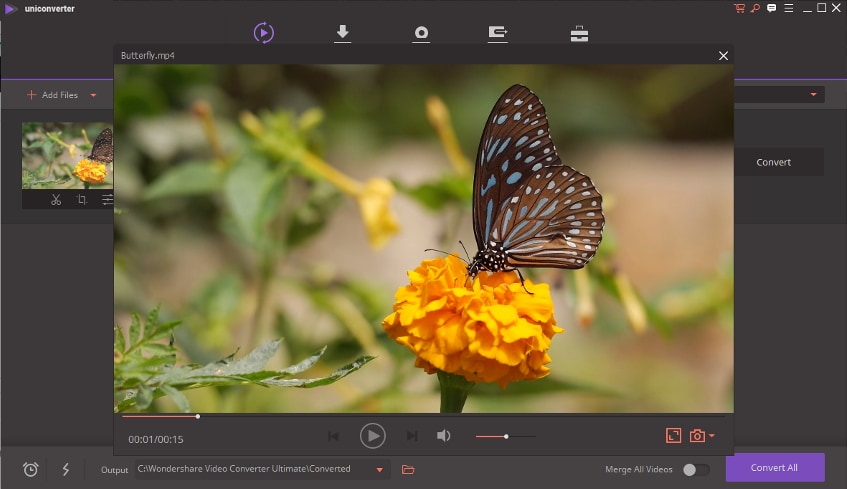 To play a video on Wondershare UniConverter (originally Wondershare Video Converter Ultimate), simply drag and drop your video file on the interface and then click on the video thumbnail to start playing the video.

VLC is a popular cross-platform media player that can effortlessly handle WMV video. It is also capable of playing a wide range of other video and audio formats. The only drawback of VLC for Mac is that users may need to search, download, and install additional codec packages in order to allow VLC to open WMV files. 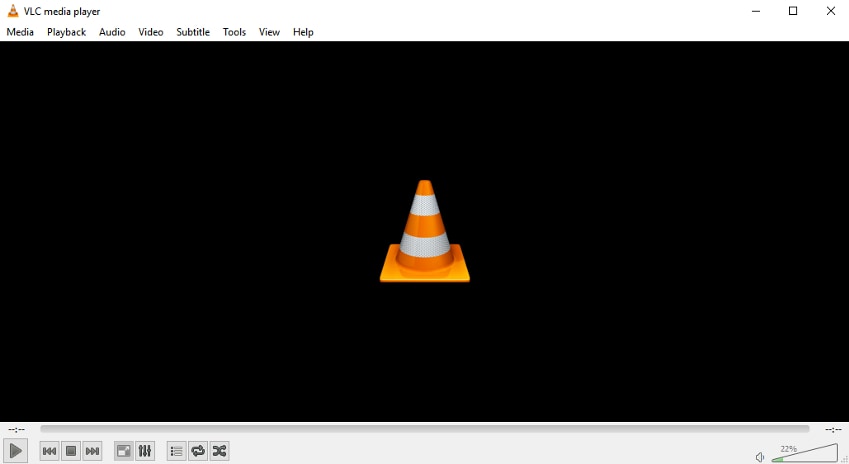 This is a free media player for Mac that is capable of playing WMV videos without the need to install extra third-party plug-ins. In addition to WMV video format, 5KPlayer for Mac can also play most mainstream video and audio formats, including WMA, AVI, MOV, MP3, MKV, MP4, FLV, 3GP, MOV, DivX, AAC, FLAC, OGG and more. 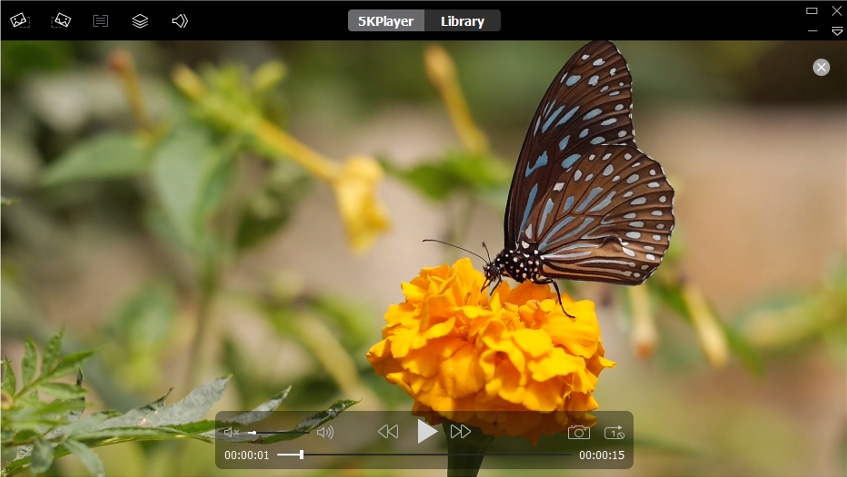 WMV is short for Windows Media Video, one of the most popular video formats available today. It was developed by Microsoft to be a standard media format for all Microsoft Supported devices and operating systems, and to rival RealNetwork's RealVideo formats. A major advantage of WMV over other file formats is the high compression ratio that allows it to reduce video file sizes without compromising quality significantly. This makes it a good choice for streaming and sharing video files across the internet.