WMV is a popular video format used in Windows OS, which is highly compatible with this operating system due to the same developer they have. While MPEG (also known as MPG), another file format, is the file extension of MPEG-1 and MPEG-2, mainly used for saving media data for TV, DVD, and so on. MPEG, at some point, can be recognized by more apps like QuickTime. To help you quickly convert WMV to MPEG while maintaining the video quality, we have selected several WMV to MPEG converters for you. Just get it below.

As mentioned above, Wonderhshare UniConverter (originally Wondershare Video Converter Ultimate) is fully compatible with Windows and Mac OS. The tutorial below takes Windows, for example, which also goes for Mac as they function almost the same.

Step 1 Import Videos to the WMV to MPEG Converter

Run the Wondershare WMV to MPEG video converter, click Document icon to add the WMV videos you want to convert. 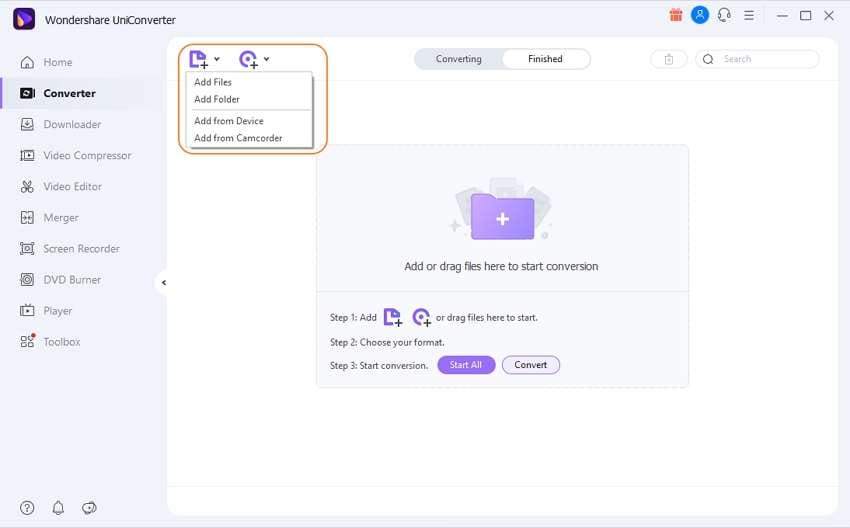 Note: To save your time, you can also directly drag & drop multiple WMV files to the WMV to MPEG converter as it supports batch conversion.

Click the Setting icon from the Target box and select Video > MPEG and select MPEG-1 or MPEG-2 in the right. 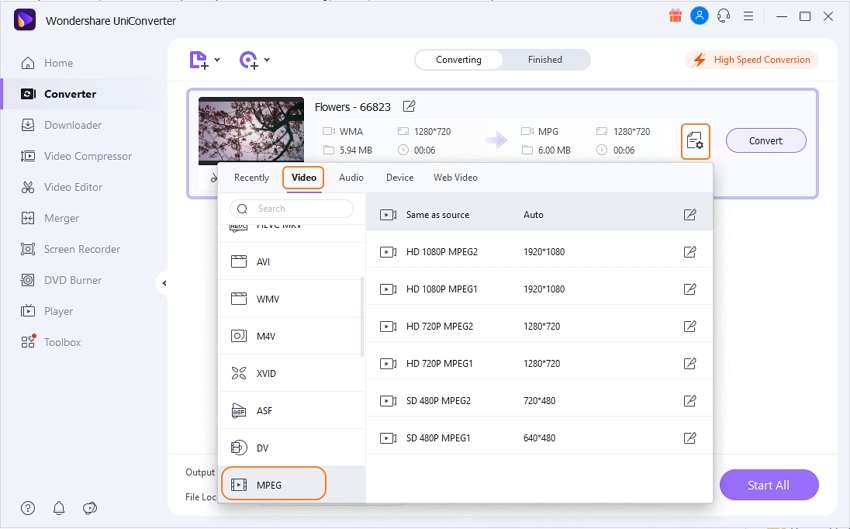 Note: You can also find optimizations for portable devices by clicking Device. For example, if you are trying to convert WMV to iPhone video formats, you can select Device & Apple and select the corresponding model in the right.

Click the Convert button, and the rest of WMV to MPEG conversions will be completed automatically. You can find the converted videos by switching to the Finished tab. 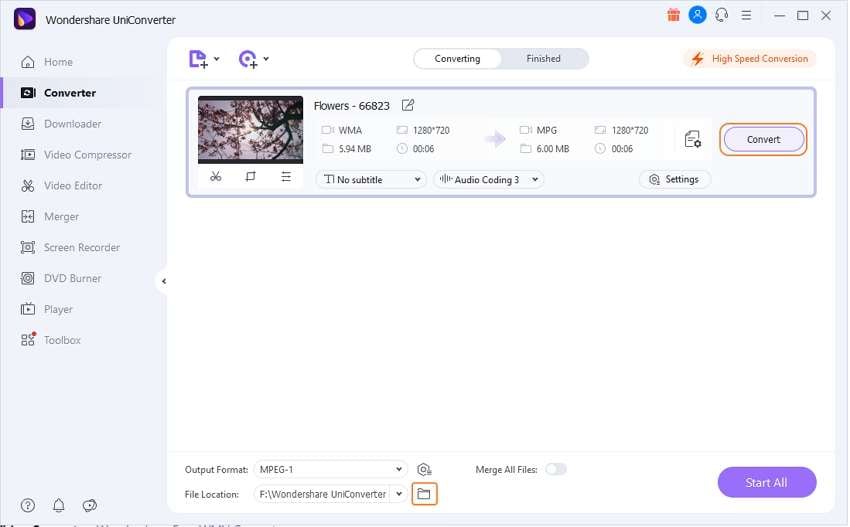 In this part, we are providing you the process about how to convert WMV to MPEG4 with the help of Windows live movie maker, which is an important tool for the process of video conversion, editing, creating or sharing files. Supported by, Windows version. With which you can customize your video clip thus can share them on social media platforms such as Facebook, SkyDrive, etc. 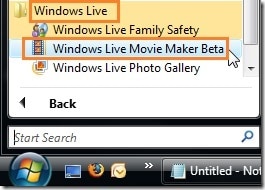 Step 2. The next step is to import the WMV file, click on Add videos and photos option in the home screen, then you'd get a pop-up window where you can select your target WMV video. Remember to click Open to confirm your selection.

Step 3. Go for More Options under Home to get a drop-down list, then choose Save Movie > Other Setting to save a movie on your computer > HD 720P to get the output video in high definition. 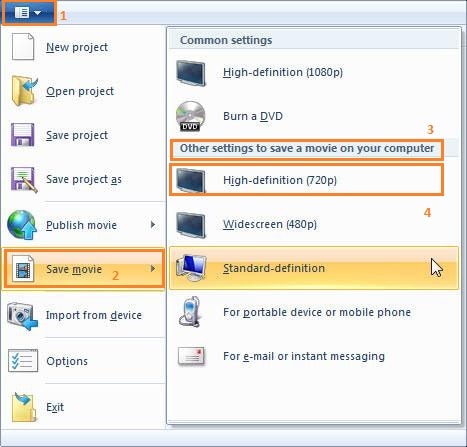 Step 4. To ensure the final MPEG clip is saved to the location you can easily access, please go to File menu > Save Movie Option > For Computer. 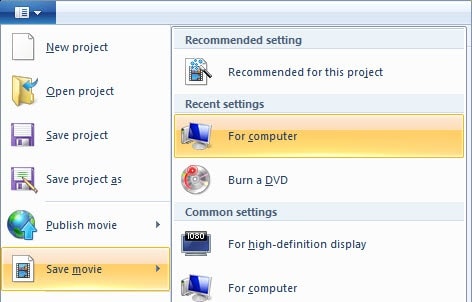 Then you'd get a dialog box, specify the location where you want to save your final copy. In addition to that, you're also required to type the File name and choose save as type: MPEG-4/AAC Audio File. After settings, click Save to proceed. 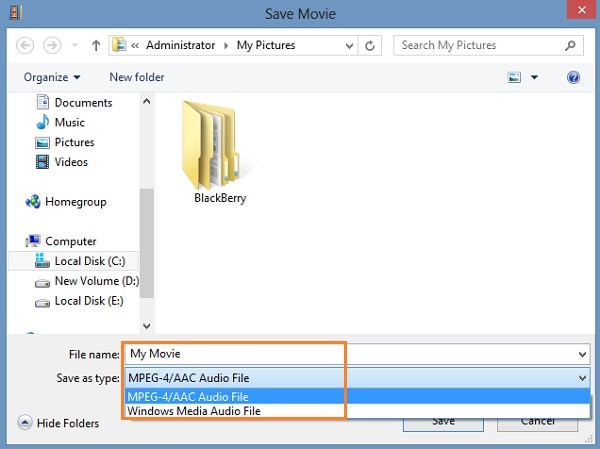 If you are looking out ways to convert WMV to MPEG using online tool WMV to MPEG converter online, then here is the solution with Convert-Video-Online converter, which provides a simple interface. With the help of which, you can easily convert your files as per your own settings, also without going for downloading any tool to your system. Now let's move on the process of online WMV to MPEG conversion.

Step 1. First of all click on “Open File” option from the main interface and choose WMV file you want to convert, with this WMV to MPEG4 converter

Step 2. Then go for Video Tab > Select your desired MPEG format > choose the resolution as you need. You can also go for Settings to do manual changes.

Step 3. Once done with all selection and setting process > Click on the Convert button. That’s it. Now you have your converted files with this WMV to MPEG4 converter. 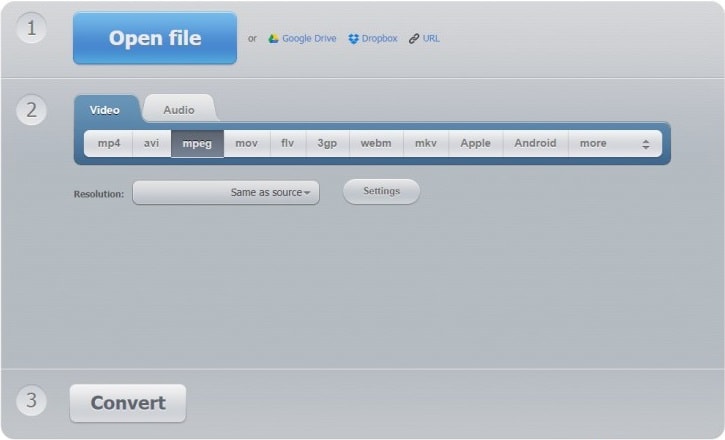 1. I made a video with my Windows Movie Maker. How can I play WMV files with my DVD/VCR player?

To play videos on DVD/VCR player, you first need to convert WMV files to MPEG that is compatible with your device.

2. I'm wondering how to convert the DVD movies to a WMV or MPEG so that I can email them or edit them in a Movie Maker program.

It's easy to finish it up. Just try a video conversion tool to convert videos to MP4, which is the most highly compatible format with many devices and applications.

Suppose you are looking for something free. Wondershare WMV to MPEG Converter FREE can be your best choice. You can use to convert DVD movies to AVI, MKV, MP4, WMV, MOV and other popular video formats.

3. Is there a freeware to convert WMV files to work with iTunes, Mac, and iMovie?

Sometimes you may need to have WMV files working on Windows OS to play on your iTunes, Mac OS, or iMovie. To efficiently and effectively solve your problem, just take one of the video converters above and convert WMV to MOV or MP4, the format compatible with all the three.

MPEG-1 is an early generation of container files (which hold the video/audio) and video/audio codecs. You'll find these files on old 'multimedia CDs' and as .mpg files on the Internet.

MPEG-2 is a later generation, and MPEG-2 files are rather large, so they're mostly used with high-end video editing. MPEG-2 is the native format on DVDs.

MPEG-3 was discontinued and never released.

MPEG-4 is the latest generation and is most common on the web. DivX and XviD are the best MPEG-4 video encoders (AVI containers). MP4 and MPEG-4 are the same. MP4 is the abbreviation of MPEG-4.