WMV (Windows Meda Video) is a popular compressed video format developed by Microsoft, which is designed to make video files smaller for internet streaming applications. However, Apple devices don't support WMV format, which means Mac users are unable to open WMV videos. If you want to watch a WMV video with Quicktime player or edit it on Final Cut Pro, the best solution is to convert WMV to Mac supported formats such as MOV, MP4, M4V, 3GPP, 3GPP2, AVCHD, AVI, DV, etc.

If you are looking for a reliable Mac application to help you convert your WMV videos to Mac friendly formats, we have listed the 5 best software programs that are guaranteed to produce good results.

At the top of the list is Wondershare UniConverter (originally Wondershare Video Converter Ultimate). This is the perfect solution for converting WMV video on Mac. With this all-purpose tool, you can convert WMV to 1000+ video formats for not only Apple devices, but also for Zune, Android, gaming consoles, Blackberry, and many more.

They're generally 2 ways to add WMV video to the Mac converter, you can either directly drag-and-drop WMV to the primary interface, or click the

icon in the Target section to get a drop-down list, where offers a huge variety of supported output formats neatly categorized into Recently, Video, Audio, Device, and Editing. In this case, I'd like to take MOV for example, so go to Video > MOV and select a resolution in the right. 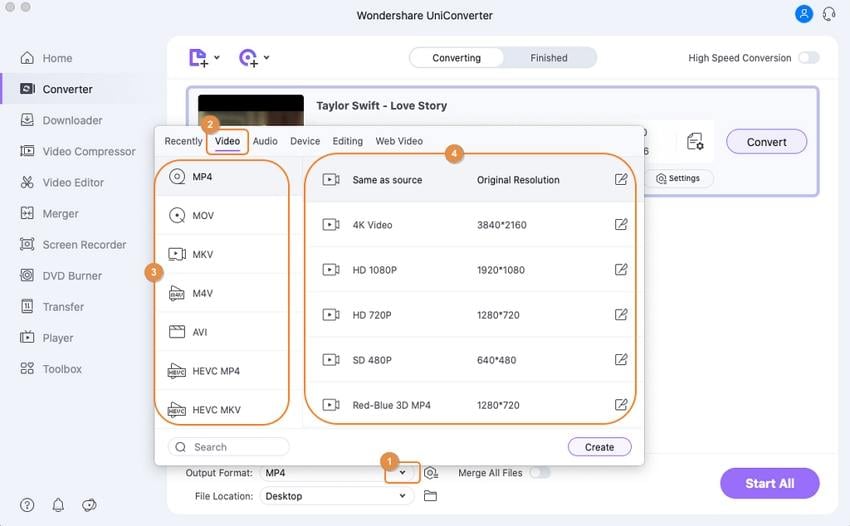 When you are satisfied with the output video settings for WMV video, click the Start All to initiate WMV conversion on Mac immediately. 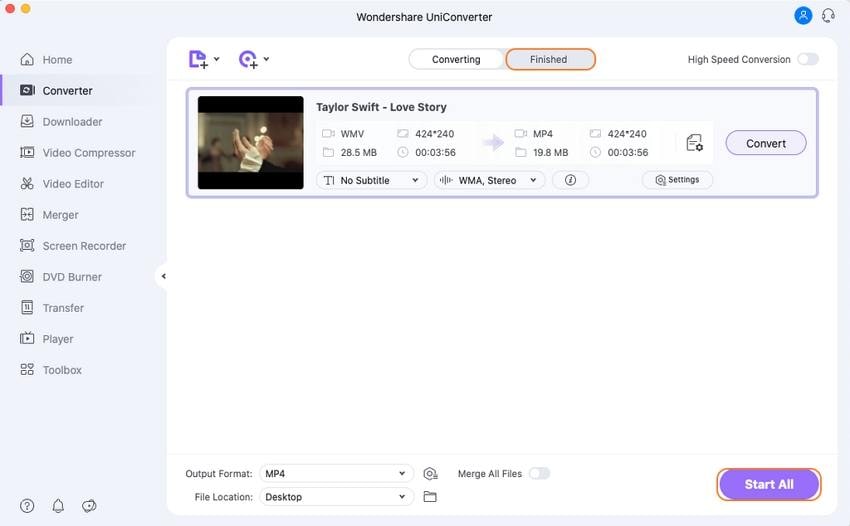 Handbrake is a free video converter that can help you convert your WMV files. It comes with a lot of features that allow for fine-tuning of the conversion process - including cropping, advanced filtering, and frame rate adjustment. It works with most common video files and formats and leverages tools such as Libav, x264, and x265 to create various video file formats from these. Other converters on this list have well-designed interfaces, but the same cannot be said of Handbrake. The program is not very user-friendly and will take some getting used to. 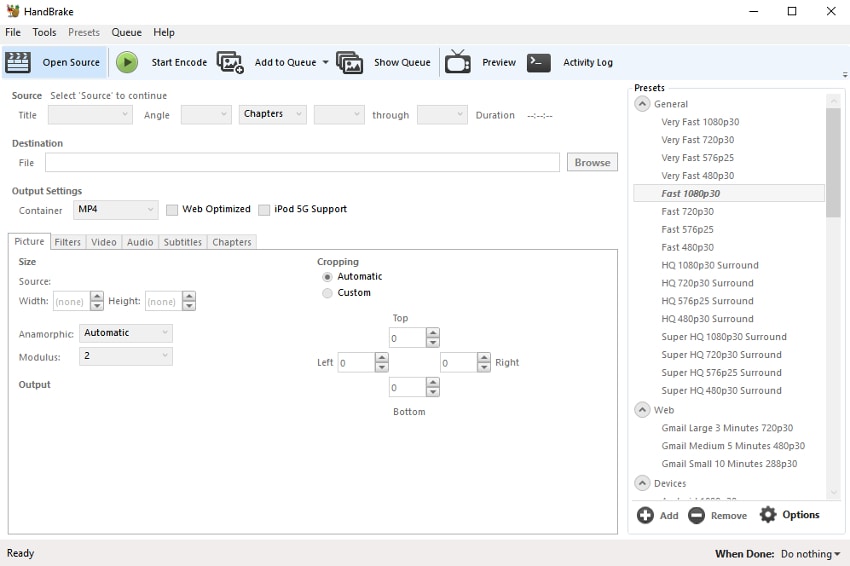 Movavi is a good application that can help you to convert your WMV video files to Mac supported formats. It supports all major formats and its user interface has improved in usability and navigation. This video converter also comes with predefined settings for various media players such as Windows Media Player and iTunes. 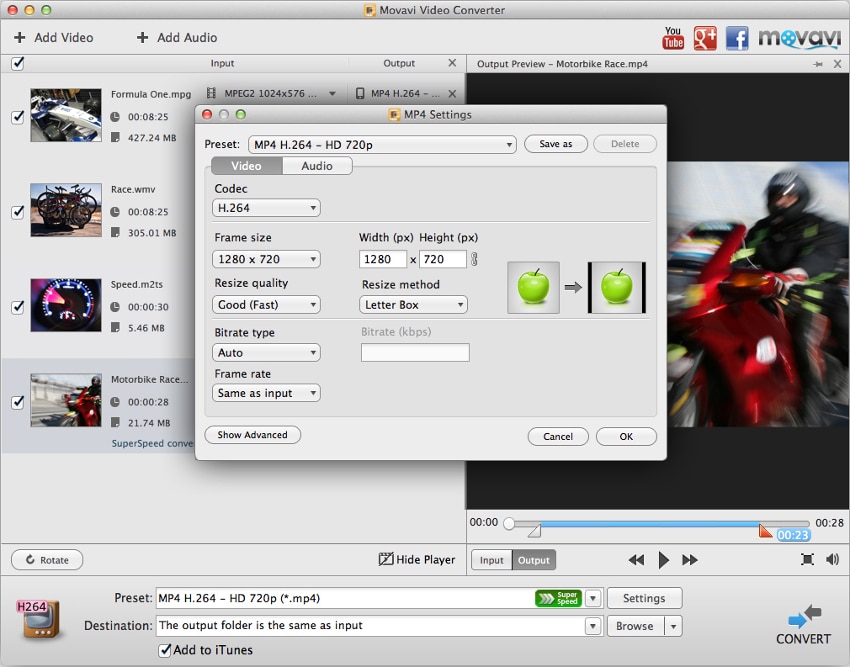 Any Video Converter is another application that can convert WMV video into a wide range of formats. It also allows users to download videos from popular video-sharing websites such as Youtube and rip content from DVDs. One thing we didn't like about Any Video Converter is that it tries to install additional software during setup. 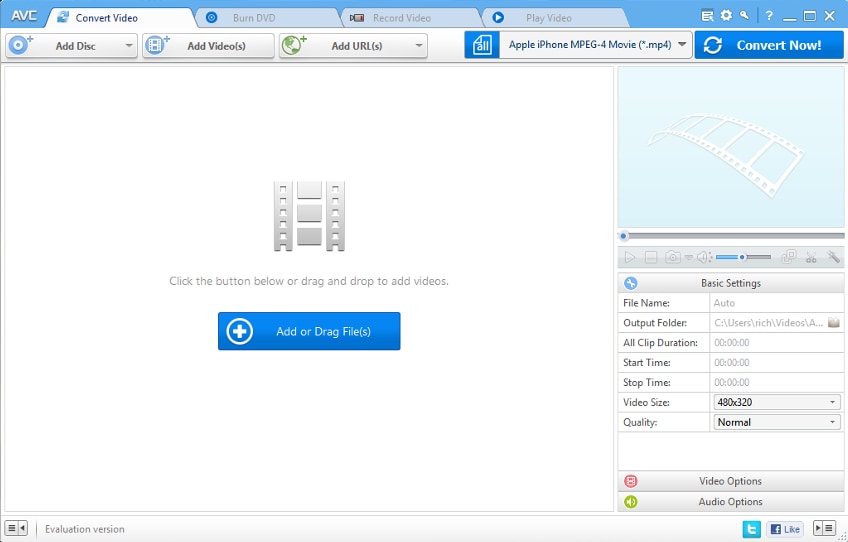 Freemake is an easy-to-use video converter that can also be used to download videos online from video sharing websites such as YouTube. It comes with basic video editing tools to trim unwanted video portions and has the ability to add subtitles. 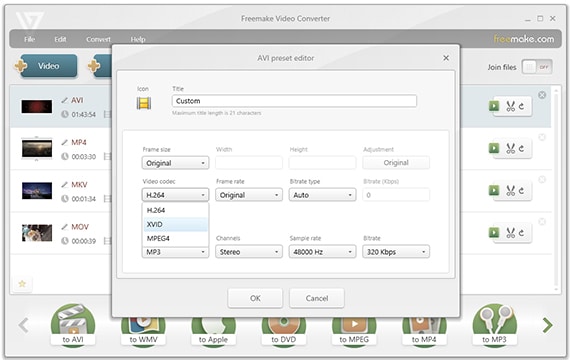 Tips: Care is needed during installation as it comes bundled with bloatware and will sneakily try to install a malware blocker, browser search bar, and ironically, or an ad remover.

Compared to the other programs on this list, Wondershare UniConverter (originally Wondershare Video Converter Ultimate) is the most recommended WMV video converter for both Windows and Mac with its high output quality, enhanced compatibility and quick conversion speeds that are sometimes up to 90X times faster. Additionally, Wondershare comes bundled with tons of extras, including powerful video editing tools, screen recorder, streaming function, and an inbuilt media player. You also get a unique profile tweaking window and optimized device-specific configurations to help you to get the most out of your conversions.

Now you’ll never be left with an unreadable video file again. The next time you have a movie in a format that can’t be opened on your Mac, use one of these apps to convert it to a supported format.