YouTube is a multimedia website where people use YouTube voice changers in their video material for improved amusement and user appeal. On the other hand, Clubhouse is a social networking site where users use voice changers for Clubhouse in their audio messages to have fun and joke with friends.

The users of YouTube have recently shown great interest in deploying voice changers for YouTube videos. It provides better attraction to the videos by the viewers hence also benefiting the YouTube content creator in earning money.

Following are the top 4 most used and best YouTube video voice changers. 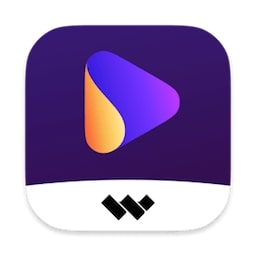 A voxal voice changer is a powerful tool provided by NCH software compatible with both Windows and Mac systems. It is the best voice changer for Youtube to add another depth of creativity, modify, transform, and conceal your voice in any tool, video, or game that requires a microphone. It holds the following features in it 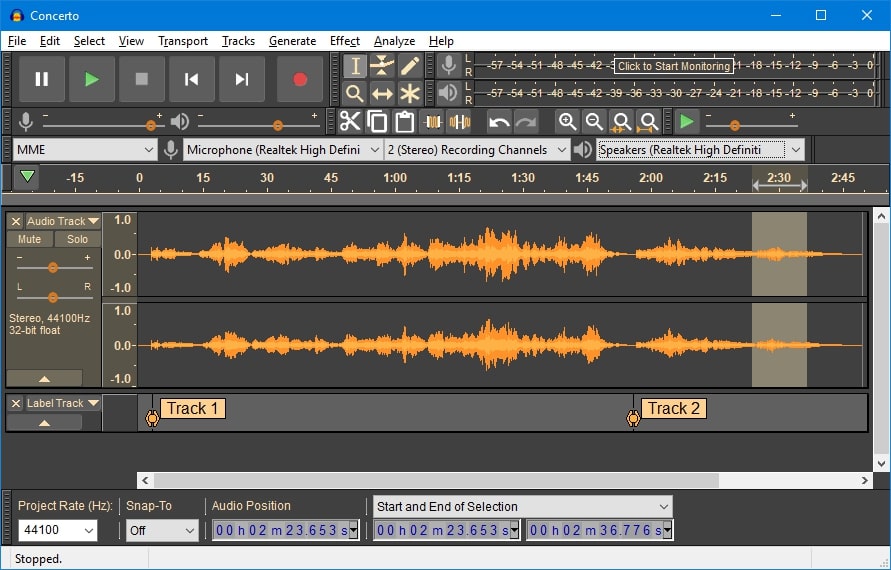 Audacity is open-source software built to provide a free cross-platform audio editor facility. All types of operating systems users can use it. The features of Audacity that make it more approachable to the users are 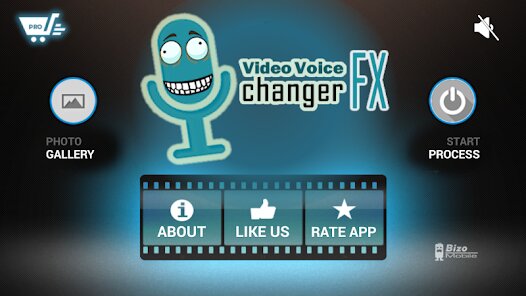 Video voice changer FX is a Bizo Mobile product that Android users can use. You may use this tool to transform your voice in a video to sound like a hilarious creature! Make a video or select one from your Memory card. Apply the effect, and you'll have a humorous voice video in minutes!

It provides various features like amazing sound effects like echo, squirrel, helium video effects, the devil, and many more. In addition, it works like an audio or speech modulator in your videos.

Analysis of the Top Best Voice Changer for Youtube

According to the parameters discussed in the table given above, it can be seen that UniConverter has taken the lead as the best voice changer app for YouTube videos due to its better user experience and high compatibility.

So now, let us go through the user guide of UniConverter and how we can apply it to our videos for YouTube. 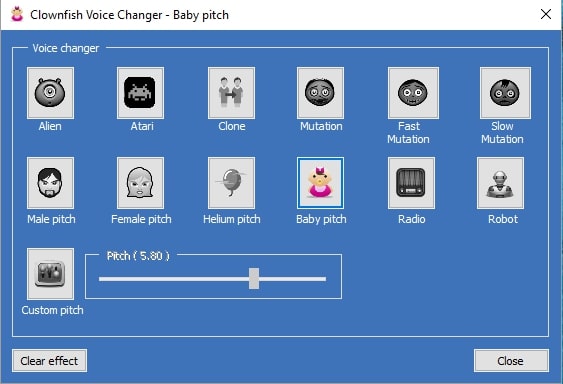 Clownfish Voice Changer is a voice converter tool. It is set at the system level; thus, it will affect any app that employs a microphone or other voice recording device. The users of Windows can use it with much ease. It holds the following features 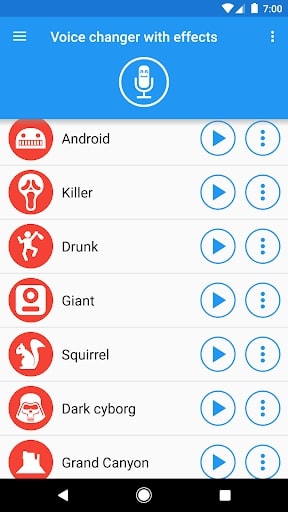 The Voice Changer with Effects is an Android software distinct from other prank voice changer apps. It handles the call for you. You must use it with another app or play the record while holding the phone. Despite this, it remains one of the best voice converter call apps for altering your voice. 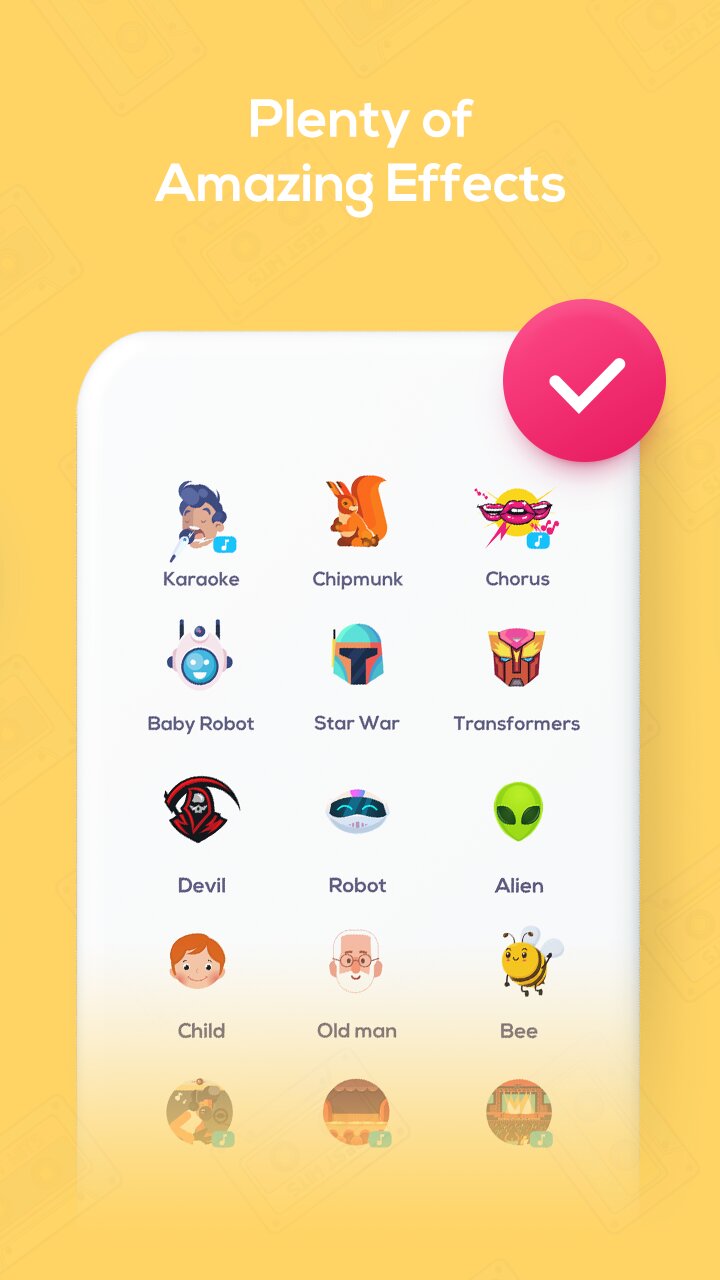 Handy Tools Studio introduced Super Voice Changer for users to escape their boring audio messaging routines. You may have an appealing voice with varied effects with the super voice changer and recorder. It provides 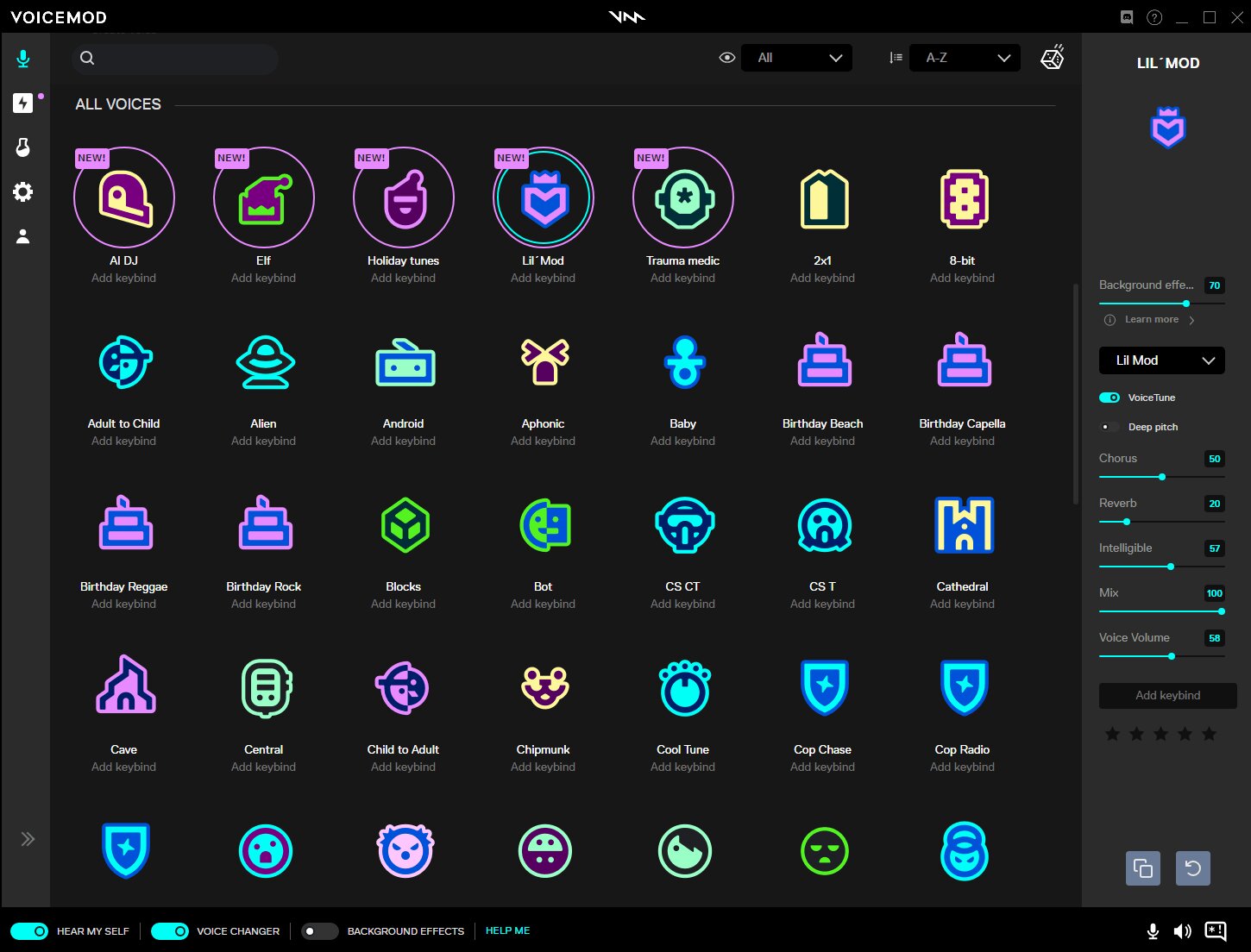 Voicemod enhances every gaming and communication, desktop software with real-time voice morphing and unique sound effects. You can always play the correct sound effect at the appropriate time by utilizing custom keybinds with the Voicemod soundboard.

Analysis of the Top Best Voice Changer for Youtube

According to the parameters discussed in the table given above, it can be seen that Clownfish has topped the chart as the best voice changer app for Clubhouse due to its better user experience, high compatibility, and no pricing factor.

So now, let us go through the user guide of Clownfish and how we can apply it to our Clubhouse

Go to the official site of Clownfish, download it, and install it. After the installation, follow the steps to configure Clownfish in your system

The 4 most reliable voice changers for PS4 games [100% effective]

Looking for a reliable tool to change your voice in PS4 games? Click this article to discover the top tools that can do this job for you.

Want to find the best music cutter available online and also those that you can use offline? This comprehensive list details both.

Do you want to sound like Tiko when making voice calls and recording videos/audio? This post discusses three helpful Tiko voice changer solutions for desktops.

This quick post reviews the best robot voice changer solutions to morph your voice into a robot. You’ll also learn some robot voice effects to add to your movie project.

Do you want to edit voices to make them sound funny and anonymous? Choose an audio or video voice changer from this no-nonsense listicle.