Are you struggling to open your 3GP file? This post has several working solutions. 3GP is a standard video file captured using a 3G smartphone and some digital cameras. However, 3GP doesn't offer broad support as, let's say, MP4. In that case, you'll need a 3GP video converter to convert 3GP to MP4 and enjoy smoother video playback on any device, including uploading online. Or, simply choose a 3GP player from the five reliable options reviewed in this article. Let's learn!

3GP is an open-source video container created by Third Generation Partnership Project for 3G or GSM smartphones. Like MP4, this video format is based on MPEG-4 Part 12, which gives it a smaller file size and more bandwidth. 3GP uses H.263, , or H.262/MPEG-4 Part 2 video codecs. As for audio, this video format uses AMR or AAC. But the most common combination is H.263/AMR.

As said before, most 3G phones can record and save 3G videos. This file format is also widely supported in 2G or 4G smartphones. Also, some Nintendo game consoles use the 3G format to play videos. Note, however, that all 3GP files must be encoded in to open on iDevices like iPhone and iPad.

Now you know what a 3GP file is. So, let's review the best 3GP players for Mac and Windows computers.

Wondershare UniConverter is the coolest 3GP player for movie buffs. With this all-in-one program, you can open any multimedia file, including 3GP, 3G2, MOV, MTS, MP4, FLV, AVI, and more. During movie playback, you can organize files and create a playlist before playing the movie with custom speed. Interestingly, UniConverter allows you to add local subtitle and audio files as well as capture a nice JPG snapshot of your movie moments. Another thing, it boasts a video converter and editor for trimming, cropping, merging, and so on.

Convert 3GP to MP4 and other formats.

Extract high-quality audio from 3GP and other videos. 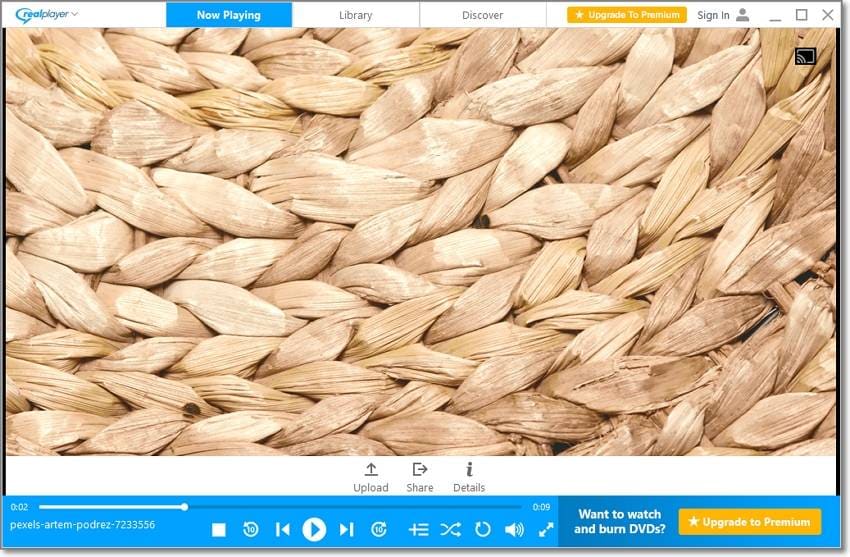 RealPlayer, initially RealAudio Player, is a cross-platform multimedia player for Mac, Windows, and Linux PCs. It can open multiple container formats, including 3GP, MP4, MOV, AVI, WMV, among many others. In addition, RealPlayer supports CD/DVD burning and playback. You can also download movies from thousands of websites, including TikTok, YouTube, Dailymotion, YouTube, and more. Plus, it has standalone iPhone/Android apps.

Some features need the premium plan. 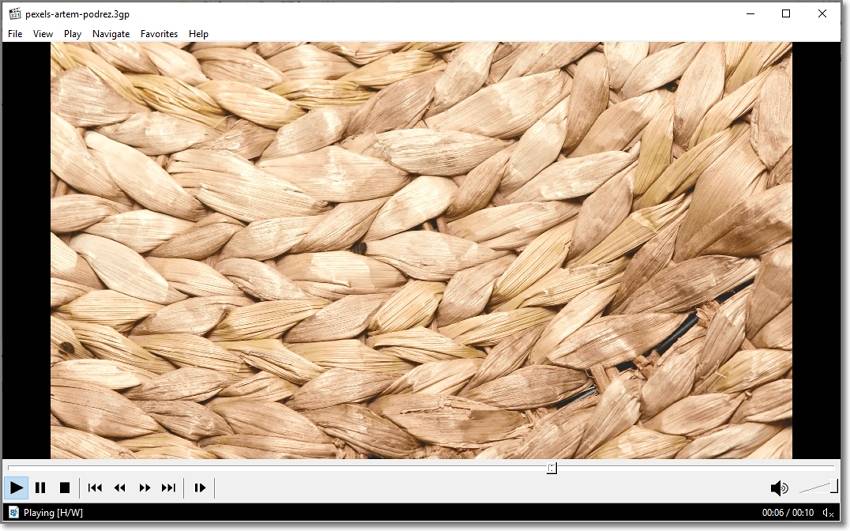 It doesn't support some media files. 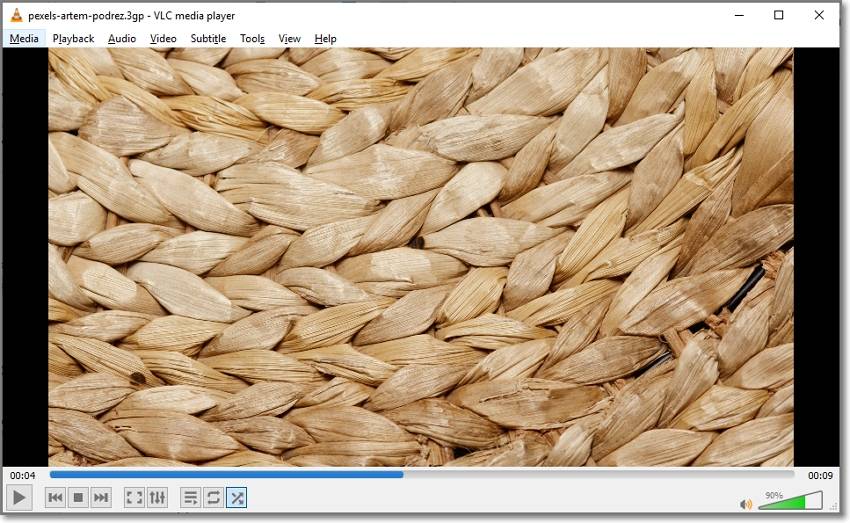 Do you know a better 3GP media player than VLC? Please let me know. That said, VLC offers outstanding cross-platform support with intuitive mobile apps. Here, you can play almost any video format or codec you want, including unique codecs like , Apple ProRes, and DivX. Also, VLC lets users stream videos from popular internet radio stations and movie websites. Plus, you can easily convert 3GP to MP4, AVI, WebM, and more. But on the downside, VLC lacks 8K support.

No 8K support yet.

The hidden features are not beginner-friendly. 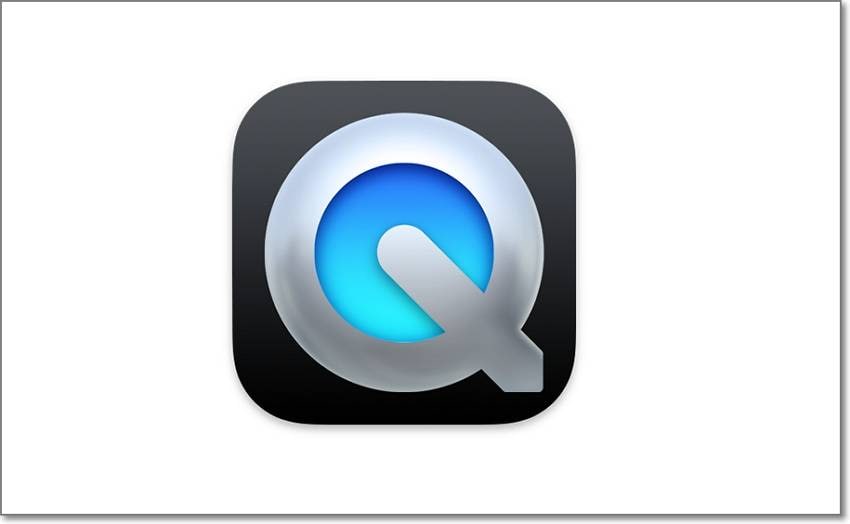 QuickTime Player is the oldest multimedia player on this list. This program was developed in 1991 and is still going strong on the latest macOS versions. That aside, QuickTime player can handle various digital formats for videos, audio, and images. Apart from organizing and playing media, QuickTime Player can also edit videos by splitting, cutting, pasting, rotating, cropping, and merging. Also, it boasts an excellent video recorder for capturing videos with voiceovers.

The Windows version is discontinued.

Only records screen in MOV.

Sometimes all you need is to convert your 3GP file to MP4 and play it on any device. In that case, install Wondershare UniConverter. As said earlier, this video converter can encode 3GP to other standard video formats like MP4 and MOV. So, without dilly-dallying around, let's learn how to convert 3GP to MP4 on Mac or Windows:

Step 1 Load the 3GP video on the converter. 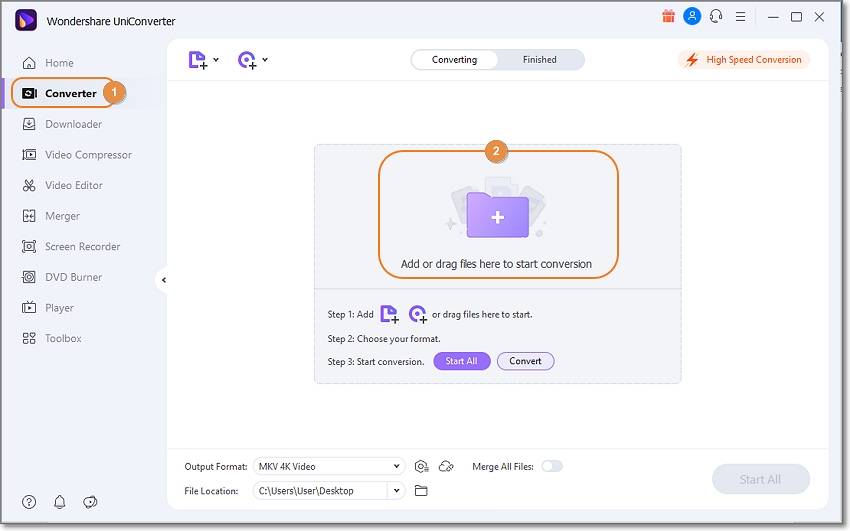 Install and launch UniConverter and then tap Converter on the left pane. Then, click Add Files to browse and upload your 3GP file from local drives or simply drag and drop the 3GP video. Remember, this program supports batch rendering. 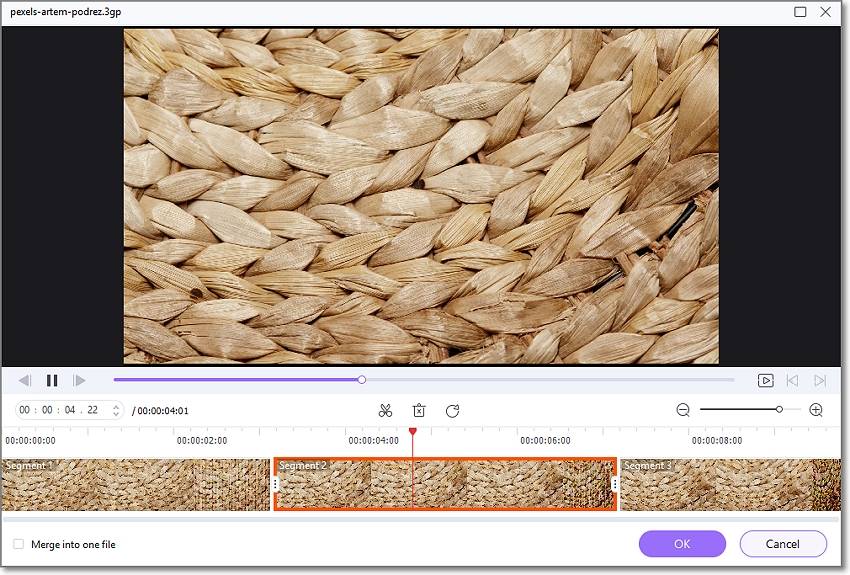 Do you want to retouch the 3GP video before converting? If yes, tap the Effect, Crop, or Trim icon on the 3GP video thumbnail. Then, proceed to trim, split, copy, rotate, add filters, apply motion effects, and so on. 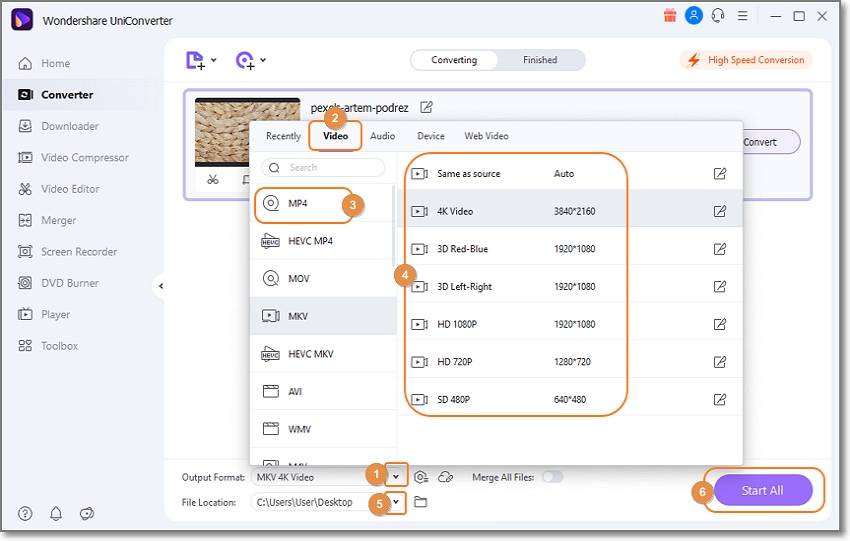 After editing the video, tap Output Format and choose MP4. Now select a File Location before pressing Start All. Finally, sit back and wait for the new MP4 video.

Both 3GP and 3G2 are multimedia formats created by the Third-Generation Partnership Project. Often, you can record and play these formats on your 3G smartphone. But whereas 3GP is specially designed for 3G phones, 3G2 is for CDMA 2000 multimedia services. Overall, 3G2 is very similar to 3GP, although it consumes less bandwidth and space than 3GP.

2. Why can't I play 3GP files on my Windows Movie Maker?

First and foremost, you might need to update your media player and then restart it. Then, if that doesn't work, check the 3GP video and audio codecs. Sometimes, you video might be using the wrong codec. And if all else fails, use Wondershare UniConverter to convert 3GP to MP4, WMV, AVI, and other supported formats.

There you go! These are the best methods to open your 3GP file without any errors. But although downloading a 3GP-supported media player is a good option, this is only a short-term fix. So, convert all your 3GP files to MP4 with Wondershare UniConverter and enjoy a smooth playback experience.