A DVR-MS file is one of the rarely talked about media formats. But in reality, this file format is ubiquitous, especially among Windows PC users. While you can open a DVR video on specific media players, you'll need a DVD converter to open this file format on any media player or device. So in this post, we'll learn what a DVR-MS file is and the best DVR file player for Mac and Windows. You'll also learn to convert DVR-MS to MP4 and other standard formats. Read on!

Quickly moving forward, this container format uses MPEG-2 video compression standard. As for audio, it can use Dolby Digital AC-3 or MPEG-1 Audio Layer II. You can open the DVR-MS file on Windows using Windows Media Player, Windows Movie Maker, and VLC. If you can't open it, get a universal DVR converter to transcode it to other standard formats like MP4. A good example is VLC's transcoding wizard. 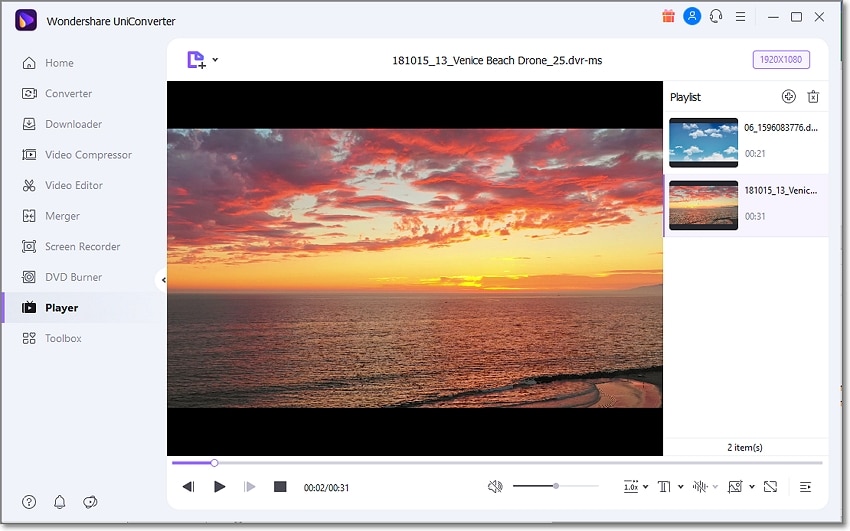 UniConverter is the ultimate all-in-one solution for all your desktop file manipulation needs. It boasts an intuitive and stylish media player for opening almost any media format. With Wondershare Free Media Player, you can open DVR-MS, OGV, 3GP, 3G2, DVD, MP4, AVI, MOV, and other formats. In addition, it allows you to open DVR-MS with local audio and subtitle files and take a screenshot of the movie moments that you like. And yes, it features a DVR converter, editor, compressor, recorder, and other extra tools.

It's compatible with all media formats.

Convert DVR to other formats. 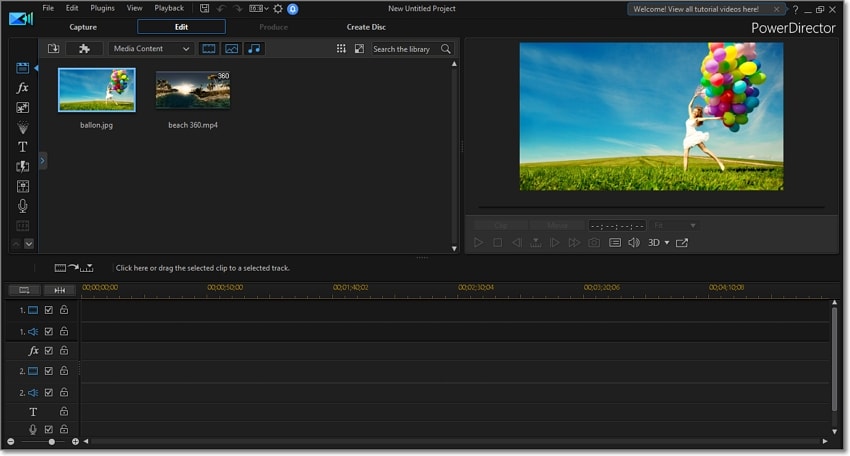 Here is another media player for opening those stubborn video files on your PC. With CyberLink PowerDVD, you can open almost anything, including UHD, 8K, 4K, Blu-ray, DVD video, etc. It even supports 360-degree videos and VR video playback. To make your movie moments more organized, PowerDVD lets you customize and arrange your media playlists with personalized thumbnails. Also, you can enjoy a richer and more immersive playback, thanks to DTS, Hi-Res, and Dolby Digital audio support with up to 7.1 channels. This should impress you!

It supports up to 8K UHD.

Only for Windows PCs.

It's buggy with VR playback. 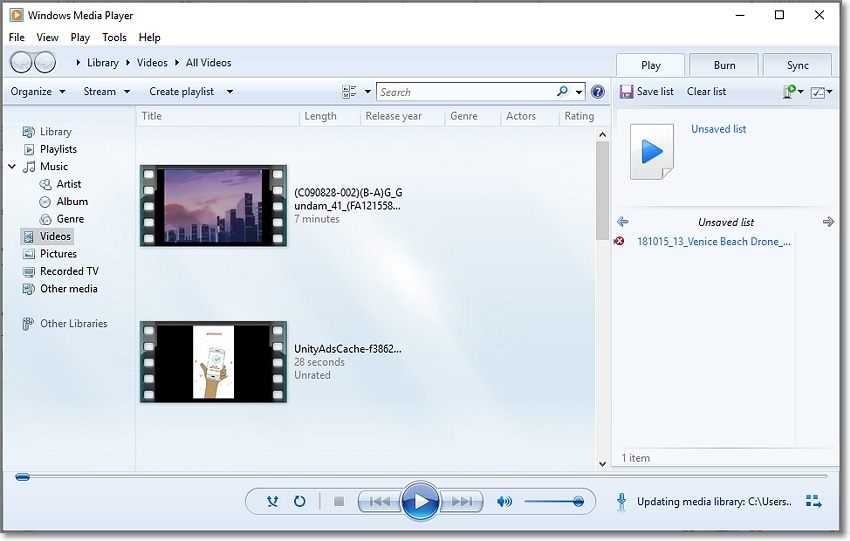 As said initially, a DVR-MS file is a product of Microsoft. Therefore, it's common logic that Windows Media Player offers native support for this file format. With Windows Media Player, you can listen to music CDs, watch DVDs, and open your local media files. Also, this highly versatile program lets you browse and stream music from online radio stations and music stores. That's not all. WMP can rip and burn CDs and DVDs with lossless quality. Plus, you can add the SolveigMM WMP trimmer plugin to split and trim videos.

Free for all Windows users.

Rip and burn CD and DVD.

It supports only WMA and MP3 audio. 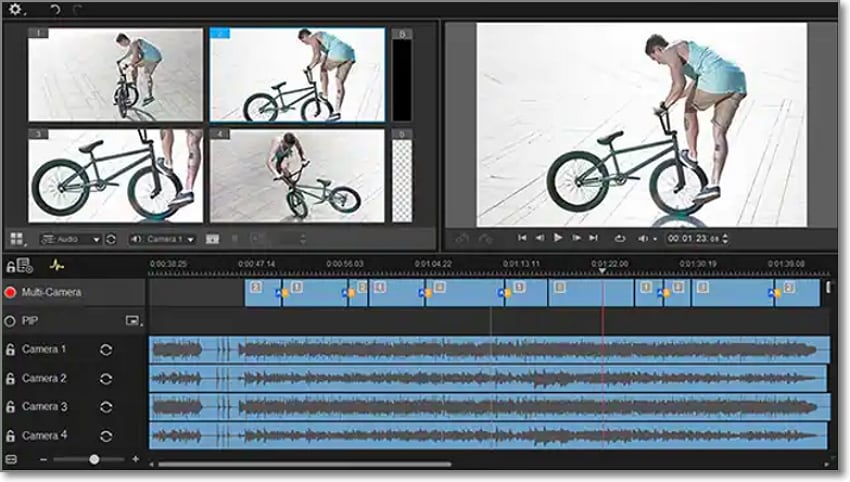 Lastly, use Creator NXT Pro 6 to effortlessly edit and play DVR files. It packs a multimedia suite that includes powerful tools to convert and edit audio and video. For example, you can customize your videos with filters, picture-in-picture effects, titles, and adjust color and brightness. Also, this tool features a smooth video recorder for capturing high-quality videos regardless of the source. And even more interestingly, you can convert a 360-degree video into a standard video.

Burn and rip DVD and Blu-ray.

Although uncommon, you might fail to open your DVR-MS file on Windows Media Player. Or, the video might open but without voice narration or background sound. If that happens, it might be because your Windows system is missing particular DVR codecs. The thing is that Windows stopped supporting DVR-MS playback on Windows 7. So, install the Media Player Codec Pack and open almost any video format or codec on Windows Media Player and your PC.

Here are the simple steps:

Step 1 Load your DVR-MS file on the Converter tool. 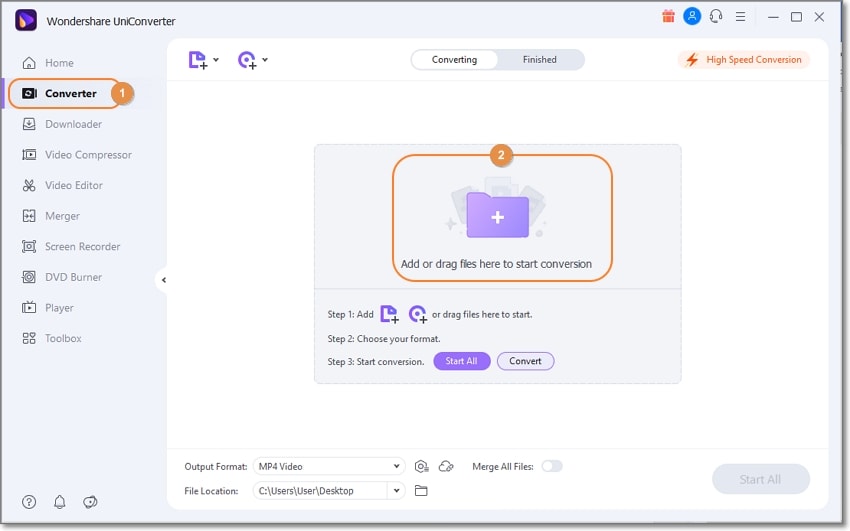 Install and run UniConverter on your Mac/Win PC and press Converter on the left taskbar. Then, drop your DVR videos on the window or press Add Files to browse and upload the DVR video. Note that UniConverter supports batch rendering. 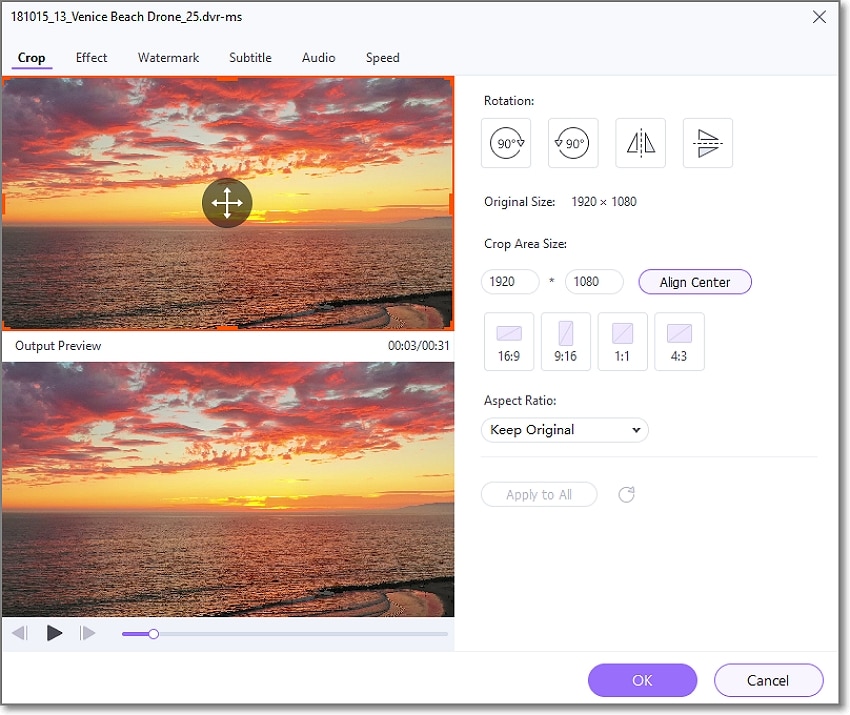 Do you want to edit the DVR-MS video before converting it? Then, press the Trim, Crop, or Effect buttons on the video thumbnail screen. As said initially, you can crop, trim, split, add filters, apply subtitles, and more. 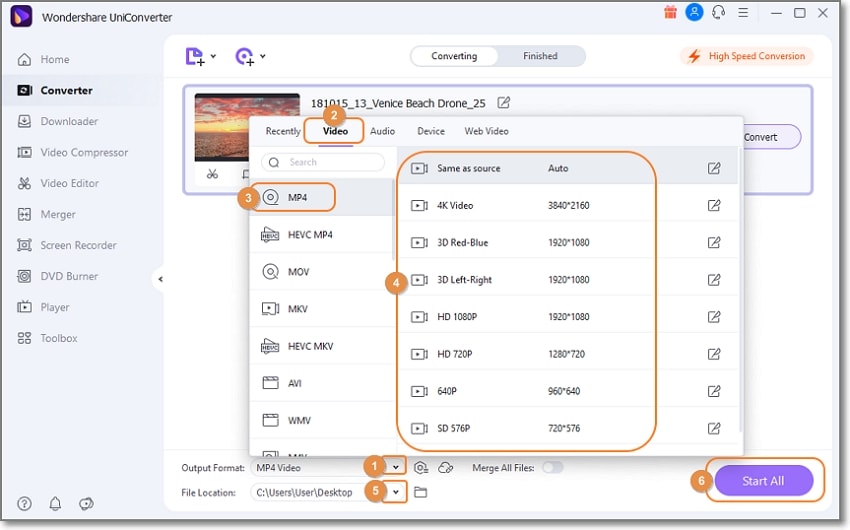 Now choose MP4 as the target format under the Video section and the set File Location. Finally, press Start All to convert DVR-MS to MP4 and open it on any media player or platform. It's that easy!

Now you can open DVR file without any inconveniences. If you can't open it on Windows using WMP, install the DVR-MS codec that might be missing on your Windows PC. But it's best to convert DVR to a more universal format like MP4 using Wondershare DVR Converter. It's nothing complicated, actually!