Cases are that people purchase some MP3 music online and want to make them personalized ringtone, for Mac users, they'd import MP3 to Final Cut Pro for further editing. However, due to the incompatibilities of Mac OS, you're not allowed to directly edit MP3 with FCP. To help you out, here highly recommends Wondershare MP3 to FCP converter, with which you can easily convert MP3 to FCP supported audio format, like AIFF, in high quality and with only a few clicks.

Note: Though iTunes (Mac) or QuickTime Pro for Mac helps to import MP3 to FCP, the process is long and complicated. Comparatively, Wondershare UniConverter (originally Wondershare Video Converter Ultimate) is more effective and user-friendly in converting MP3 to FCP on Mac OS X.

Drag and drop your target MP3 files to the primary interface of Wondershare MP3 to FCP converter, then you'll see the loaded MP3 videos displayed in thumbnail (just as the screenshot shows). 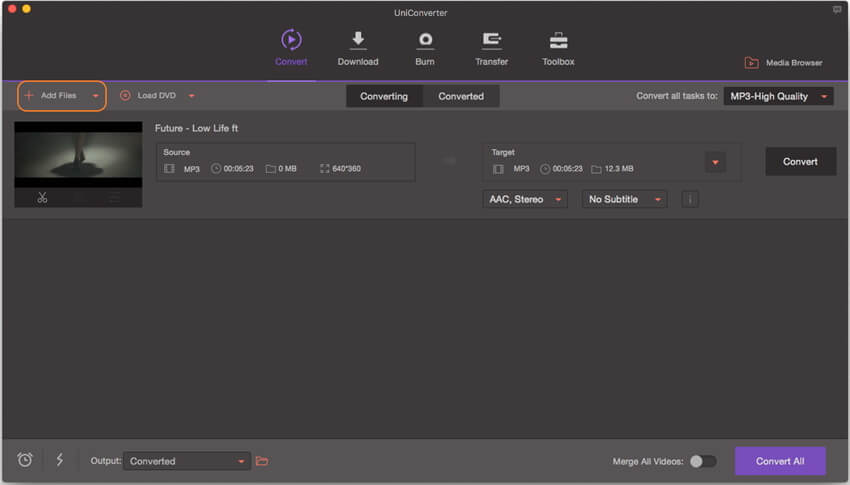 in the Target section to expand the output format list. Go to Editing > Final Cut Pro and select a video resolution in the right, then the output video will be best optimized for Final Cut Pro. 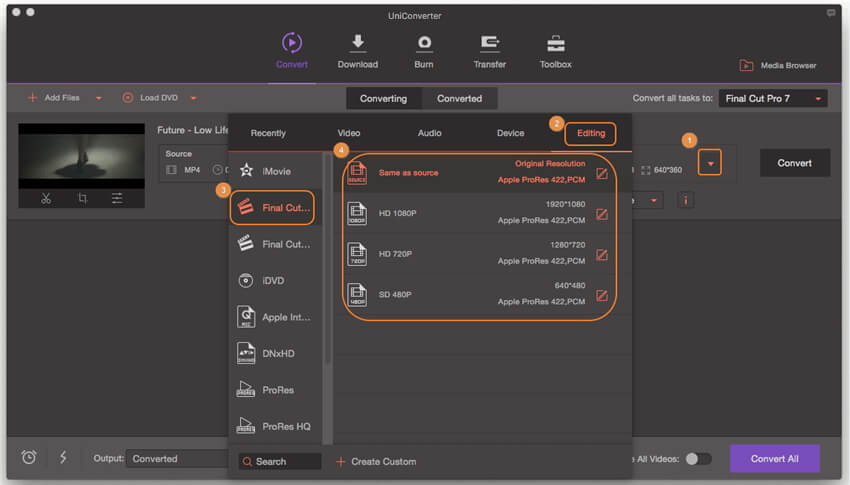 Note: You can also navigate to Audio > AIFF to convert MP3 to FCP compatible formats. 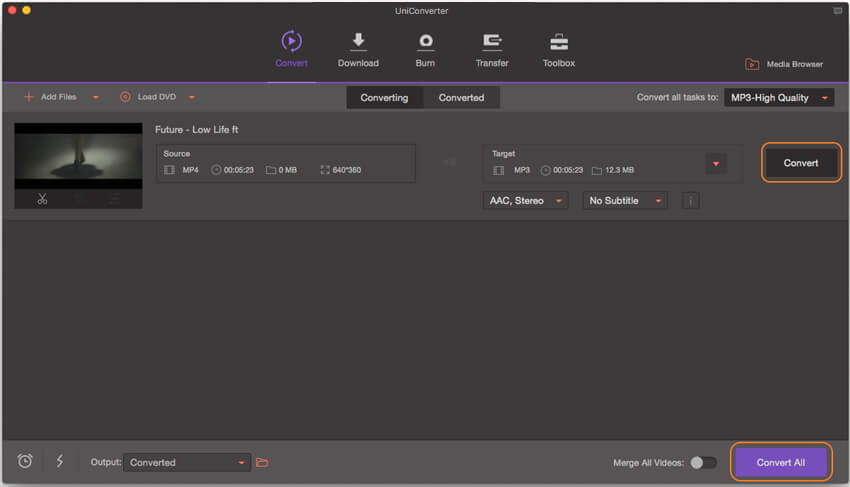