MP3 file format is a great file format among the available media formats. Having your files in MP3 format may be enjoyable and being able to play it on your device without much struggle could be more enjoyable. This requires a media player that is compatible with your device. We have therefore provided you with the best MP3 media players that will help you play your MP3 files.

Among all the MP3 players, Wondershare UniConverter is the recommended MP3 player to play your MP3 music. It also can act as a useful MP3 Converter. The Wondershare MP3 Converter has a built-in player that can play audio and video files. Whenever you want to play your music, do not hesitate to choose Wondershare UniConverter. It is able to convert files to different formats easily and quickly. Other than that, this wonderful software supports the burning of DVDs, editing of videos, and the making of animated gifs.

How to Play MP3 Video with Wondershare UniConverter

to load your desired MP3 files and click Open to confirm.

Step 3Hit the Play icon in the middle of the audio thumbnail to play the MP3 file. 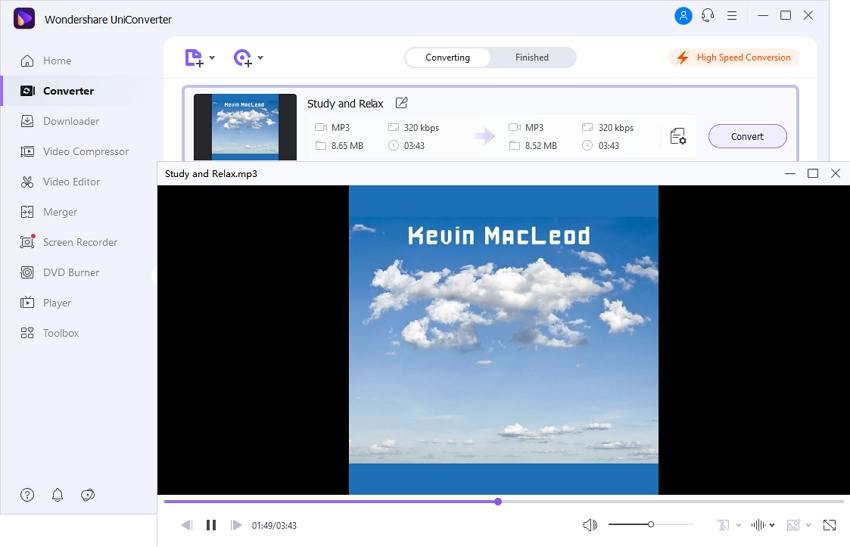 Here is a list of other 10 MP3 players that you can use. All these media players are ideal for you to use but with the review that we have made you can pick on the best that you prefer.

VLC Media Player is a multimedia framework and player that plays multimedia files. It is incredible software that supports many media files and also VCD, Streams, Audio CD, and DVD.

Windows media player is an MP3 media player for windows. It is a wonderful player that is compatible with the Windows operating system including Windows 10, 8.1, 7 and others. It enables you to get to the file you want with ease. You are also able to search for anything simply using a search box. 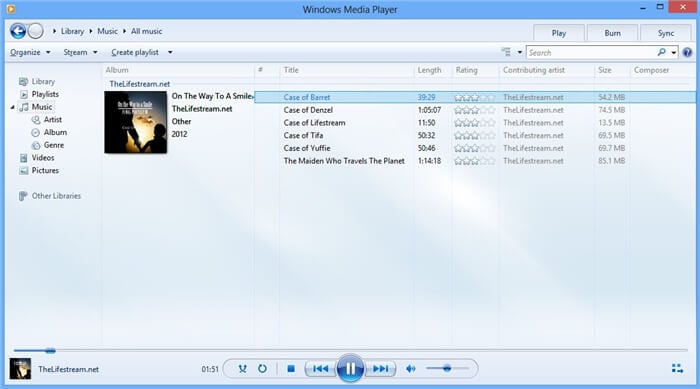 MediaMonkey is one of theMP3 players that are available to play your music anytime. It is a special media player in that it helps you to keep your files’ data. In instances where you move your music to another application, you are sure not to lose any of your data in the process. 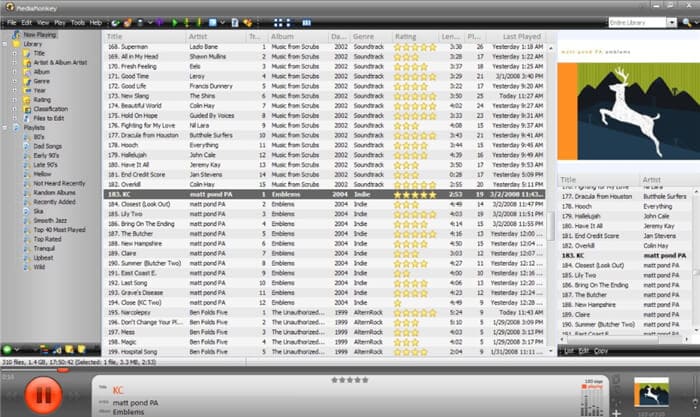 iTunes is an incredible MP3 music player that makes listening to music more fun. With iTunes, you can play music according to genres, artists, and albums. Also, it is an apple MP3 player that allows you to make your own music library from getting music files from the iTunes store. 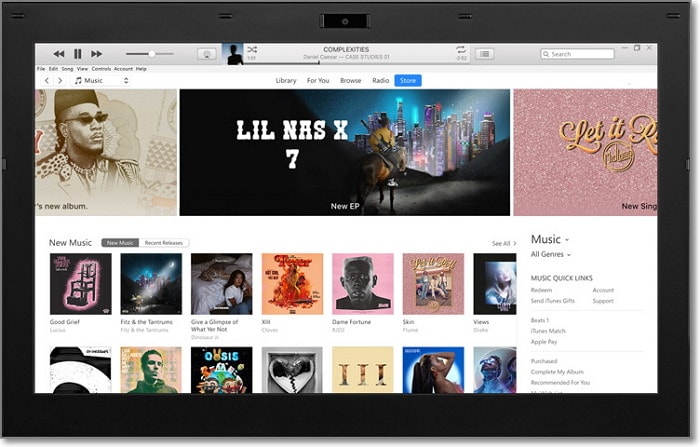 Note: It supports Mac and PC

JetAudio is the best MP3 music player with much functionality. When you have this player you will be able to play up to 57 file formats. Moreover, this player lets you arrange music files and video files separately, allowing you to search for your media files easily on your computer. To add on, JetAudio has the capability to record and it also works with music resources like Amazon, Last.fm and YouTube. 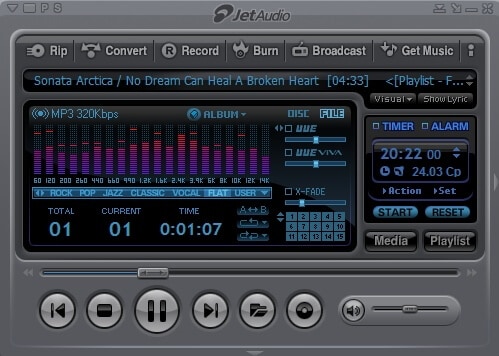 KMPlayer is a multimedia player that supports a lot of media formats. This player has an internal codec and can play media files without requiring an extra codec. 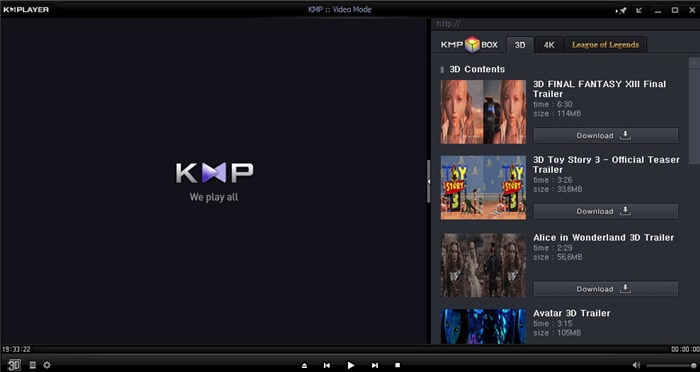 Note: It's fully compatible with Windows and Mac OS.

Another play that you can use is the Quicktime player. Quicktime is a multimedia player that is compatible with Windows and Mac OS. The beauty of this software is that it supports a variety of media formats, which include; digital video, images, pictures and sound format. Remember, it is a free media player that allows you to play media files easily. Also, it is compatible with file formats including MPP3, WAV, DV-DIF, AIFF, OGG, ASF and more. 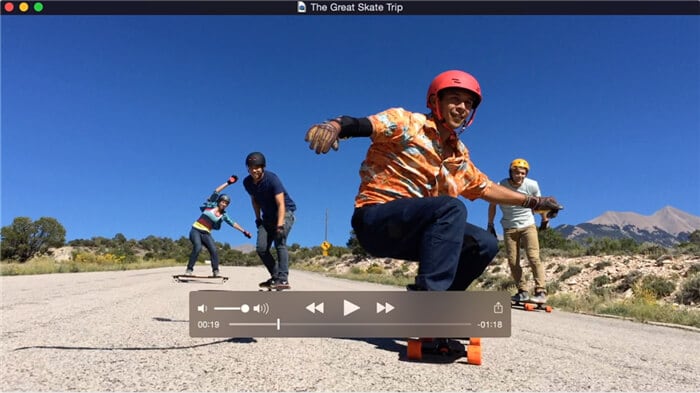 Note: It works on Windows and Mac OS.

Foobar is also a music player that can play a large number of audios. It supports various audio formats like WAV, AIFF, MP3, WMA, MP1, MP2, AAC, and much more. With its converter component, it supports transcoding of supported audio formats. It supports playback and burning of CDs. 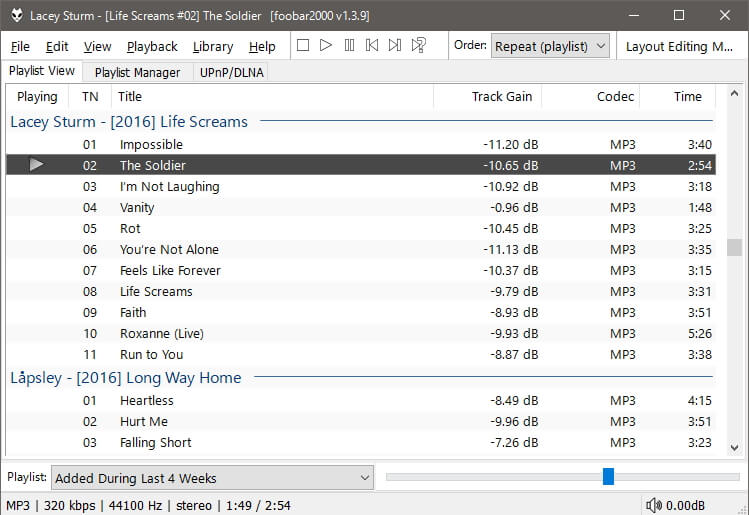 Lastly, we have Winamp. This is one of the best MP3 music players that is also compatible with almost all audio file formats. You can play MP3 files and files of other formats such as MOD, MIDI, MPEG-1, M4A, WAV, WMA, AAC and more.

Note: It works on Android, Windows and Mac OS.

You can also check on this free music media player known as Music Bee. It allows you to play music files, organize and manage them. If you are looking for a music player that offers high sound quality then settle for Music Bee player. 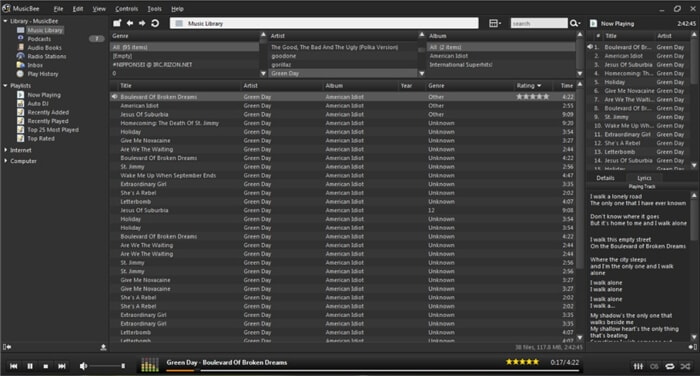