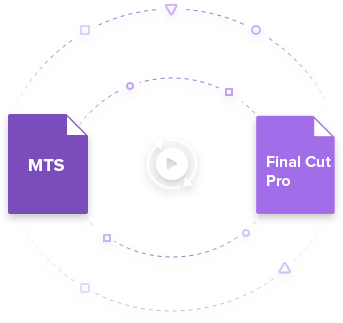 How to Import MTS to Final Cut Pro for Editing Easily

MTS/M2TS is commonly found in AVCHD video clips recorded from Panasonic, Sony, JVC, and Canon. Final Cut Pro natively supports these MTS/ M2TS files. But usually, you may come across you can’t import M2TS/MTS to Final Cut Pro for editing. This is because your M2TS or MTS files can't be fully compatible with Final Cut Pro. So if you have the same trouble, just read this article and learn about converting MTS/M2TS to Final Cut Pro supported formats easily on Windows/Mac.

Wondershare UniConverter would be your great helper showing you how to convert MTS to Final Cut Pro completely compatible files step by step. It supports MOV, MP4, and other 1000+ popular video formats for output, and you can also keep the video quality and original. Just FREE DOWNLOAD and install it, then follow the 3 steps before importing MTS to Final Cut Pro for editing.

You can directly add your camcorder files into the Mac app for starting your MTS to FCP conversion. Just connect your camcorder, and then run Wondershare UniConverter. Click the Add Files option and select Add from Camcorder, choose the files you want from the pop-up window, and click the Add to List button to import them.

If you have several MTS files and want to merge them into one for getting a continuous file, you can enable the Merge All Files option at the bottom of the main interface of the MTS to Final Cut Pro converter. 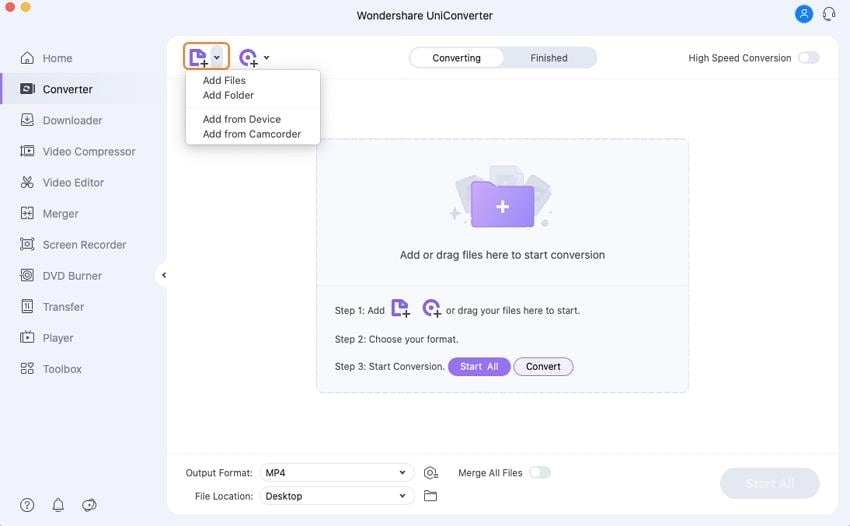 Hit the Output Format option at the right-top corner, and choose Final Cut Pro under the Editing section as your output format. 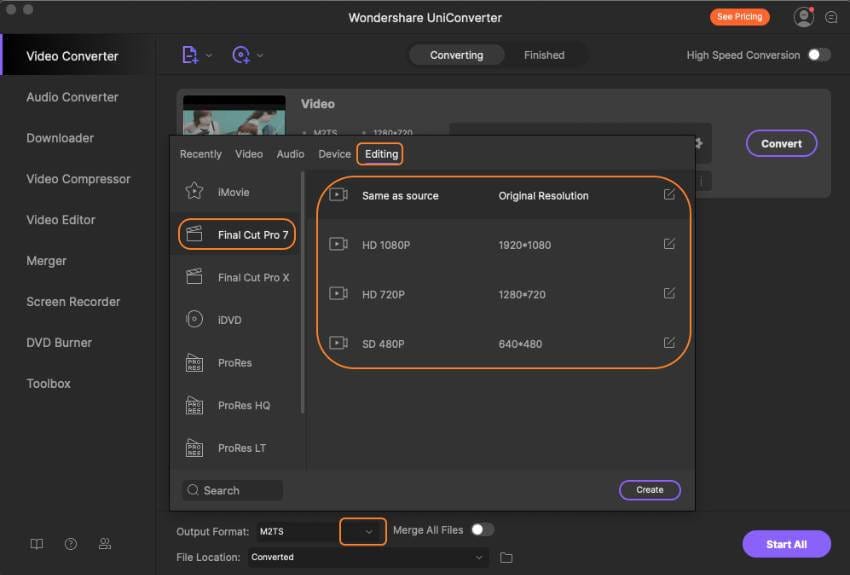 Click the Start All button, and then the rest would be accomplished automatically. After that, you can find the output files on your Mac, and then successfully import them to Final Cut Pro for video editing. The Mac app works fine on iMac, MacBook, MacBook Pro, MacBook Air running Mac OS Mojave, High Sierra, etc. 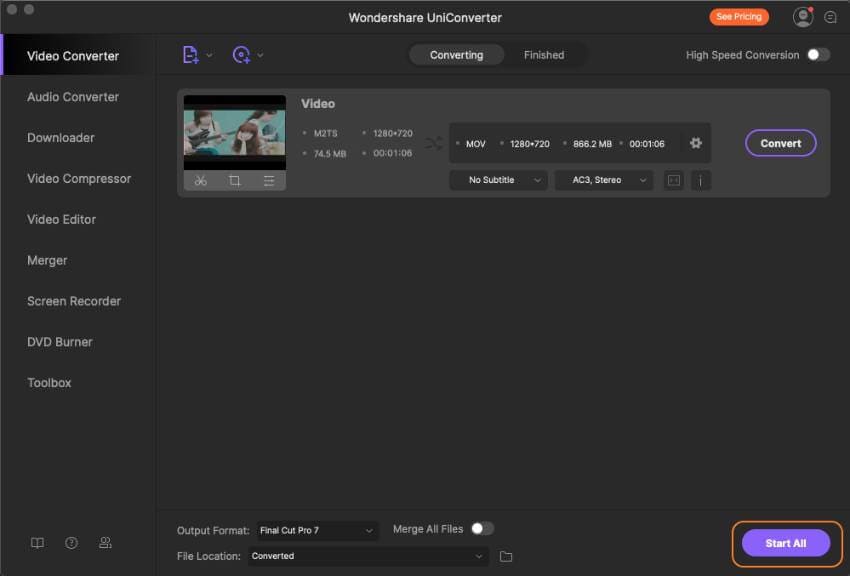 Tips: Actually, this program also provides you with all common video editing tools. If need, you can directly edit your MTS videos with Wondershare UniConverter.

Convert MTS to QuickTime MOV: If you have lots of MTS files, chances are you want to convert your camera MTS videos to QuickTime MOV format for uses in Apple software like QuickTime, iMovie, and devices like iPhone, iPad, iPod touch, etc.

Convert MTS to Any Format on Computer: Wondershare MTS video converter for Mac allows you to convert MTS video files to any audio and video format, device, etc.