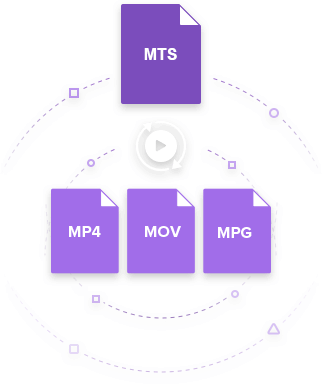 Generally, we get AVCHD .mts files from brand camcorders, such as Canon, Sony, Panasonic, JVC, etc. But it's always very inconvenient for us to play, edit, upload, and even import these files, as they cannot be widely compatible with various multimedia devices.

While in fact, there is a way to help us to reach it. What we need is an MTS to MPG converter or MTS to MPEG converter to convert MTS to MPG/MPEG, and then we can easily play, edit, upload, and import the files. This article will recommend you Wondershare UniConverter change your camera MTS files to MPG, MPEG, or other common video formats for easy playback. FREE DOWNLOAD and follow the steps in the following part.

Steps on How to Convert MTS to MPG/MPEG Using Wondershare UniConverter:

The following steps are based on the Windows version. However, they are also worked on the Mac version. Launch Wondershare UniConverter to continue after you've downloaded and installed.

Click the Add Files button to add MTS files or just drag & drop the files to the file list. You can add multi-files at a time to do batch conversion. 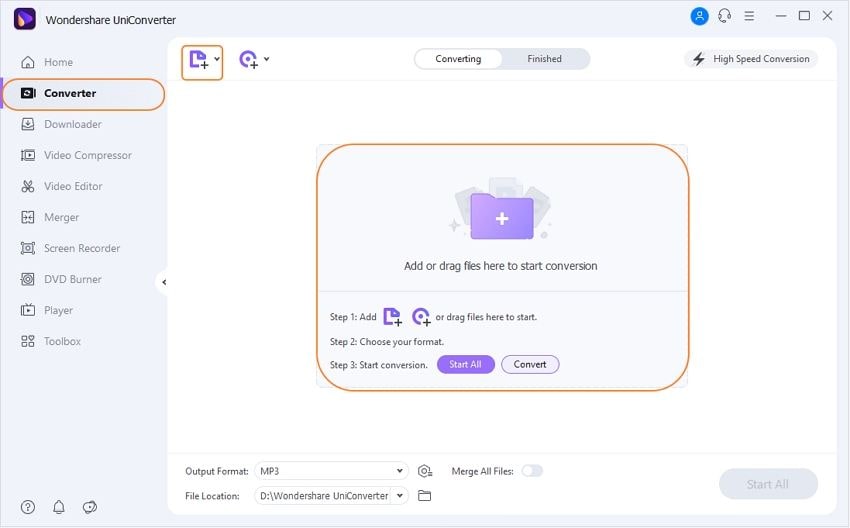 Before converting MTS video to MPG or MPEG, you can edit it to make a personalized and perfect video for enjoying and sharing. Click one of the Edit icons, and you can trim, crop the video, add effects, watermark, and subtitle to create a customized video. 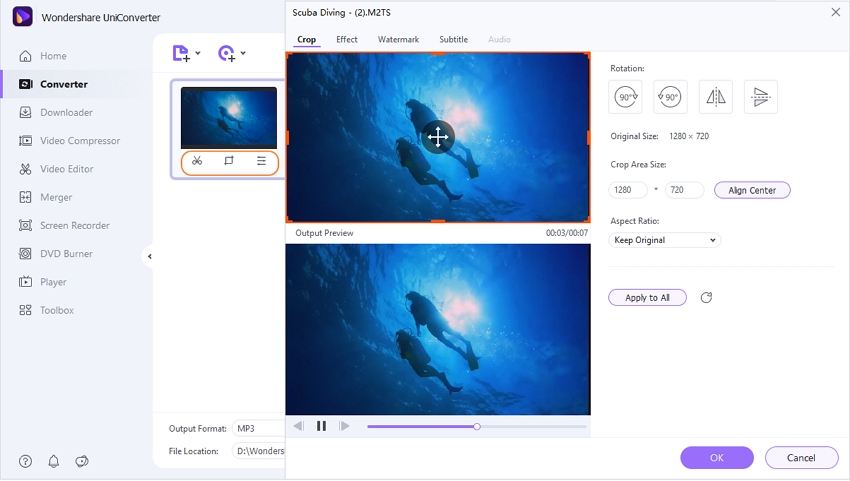 You also can set starting time and ending time to choose your favorite parts of the video by trimming function. If there are many video clips, you can merge them when converting.

Click the inverted triangle icon beside the Output Format button to reveal the output panel. And then, select the Video > MPG category to choose your desired format. Also, choose the desired video resolution you want. 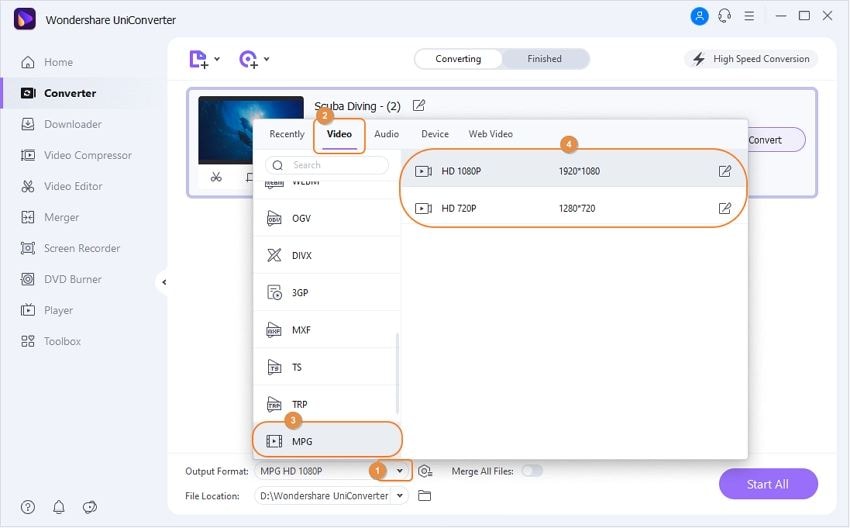 Now you can click the Start All button to convert MTS to MPEG/MPG. This video converter will show you the time consumed and left on the conversion panel. You are also allowed to pause to stop the process if you wish. The conversion time depends on the size of the video you are converting. 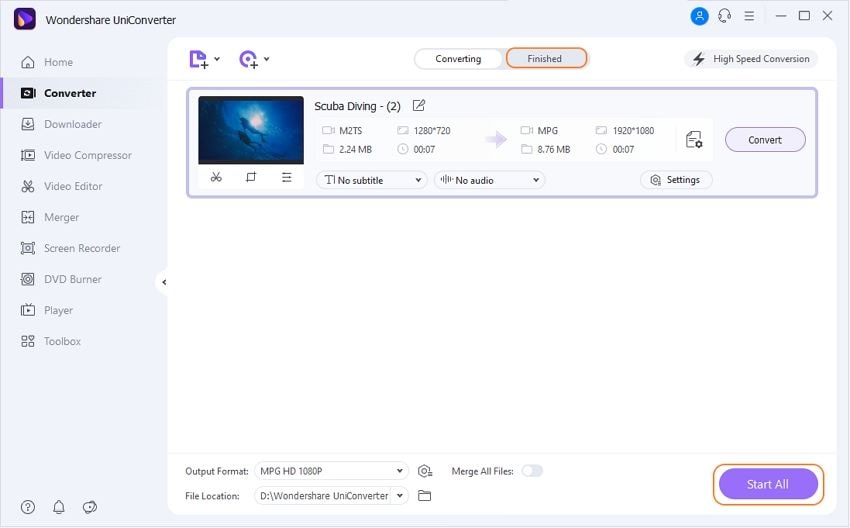 Speaking of the main reasons that motivate MTS to MPG/MPEG conversion, it can be included in the file size and compression rate aspects: The compression rate of MPEG is much faster than that of M2TS. And MPEG not only supports real-time compression but outputs better video quality and fits itself to the disk as soon as being created. Furthermore, MPEG doesn't require data compensation at all, i.e., frame to frame interpolation.