Having trouble playing your multimedia files on Windows Media Player?

Part 1. What is Windows Media Player?

Developed by Microsoft, Windows Media Player (WMP) is a full-featured media player that supports playing your video files in an array of formats. The player app is free to use and comes pre-installed on the Windows devices except for the ones that run on servers. In addition to video playback, the app supports other features that help to organize video, audio, and image files. The windows media player download process is simple and quick.

The popular formats used by the player for encoding the audio and video files that are ripped from CDs or other media or downloaded include WMV, ASF, and WMA.

Steps to use Windows Media Player on Windows 10 and other versions:

Step 1: On your PC, open the Windows Media Player app. Click on the library button that will show the list of available music, video, image, playlist, recorded, and other media files. 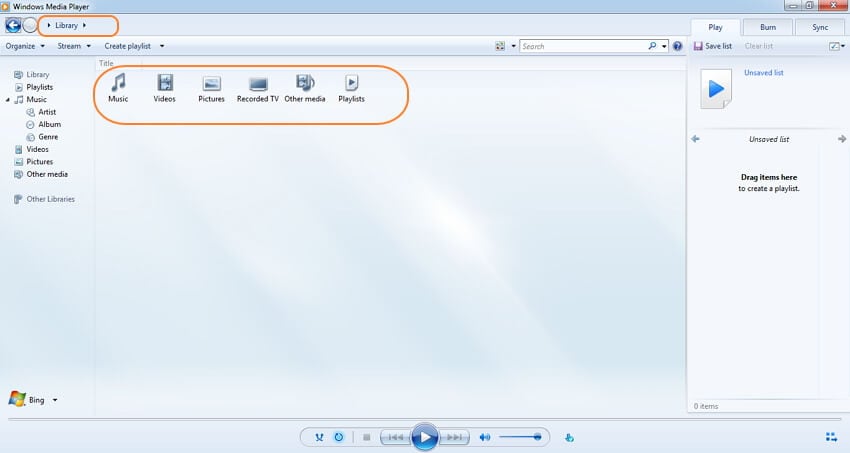 Step 2: To play the desired video, click on the Videos button that will show the list of categories on the basis of which the video files are sorted. There is also an All Videos category. Select the desired category and the available videos will appear. 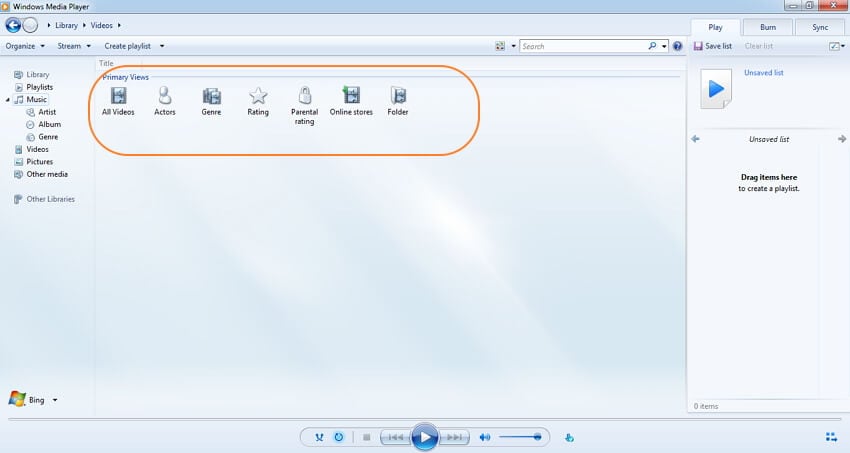 Step 3: Select and double click on the desired video to play it. 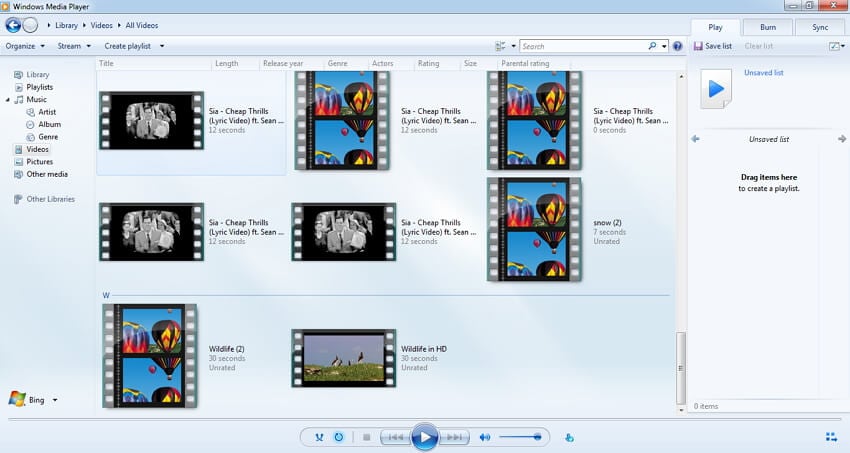 If you want nothing less than the best when searching for Windows Media Player alternative, Wondershare UniConverter (originally Wondershare Video Converter Ultimate) is the first software to consider. This professional program works seamlessly with your Windows and Mac system and supports a wide range of functions in addition to video playback. With support to over 1000 formats, you will never have issues to play a video or an audio file using Wondershare UniConverter. Conversion in high quality is also supported to make your files compatible with all types of devices.

Additionally, video downloading from YouTube, Vimeo, Dailymotion, and over other 10,000 sites can be done in just a few simple steps. The built-in editor allows you to play with your creativity and supports an array of features like trimming, cropping, adding special effects, rotating, and others. Features like DVD burning, video recording, metadata fixing, batch processing, and others add to the list of supported features.

Download, install and run Wondershare UniConverter on your system. On the Video Converter section of the main interface, click on the +Add Files button to browse and add videos that you want to play. Alternatively, you can also add files directly from your camcorder or other devices by connecting it to your PC/Mac. The option to add videos from the connected device is available from the drop-down menu at the +Add Files button. 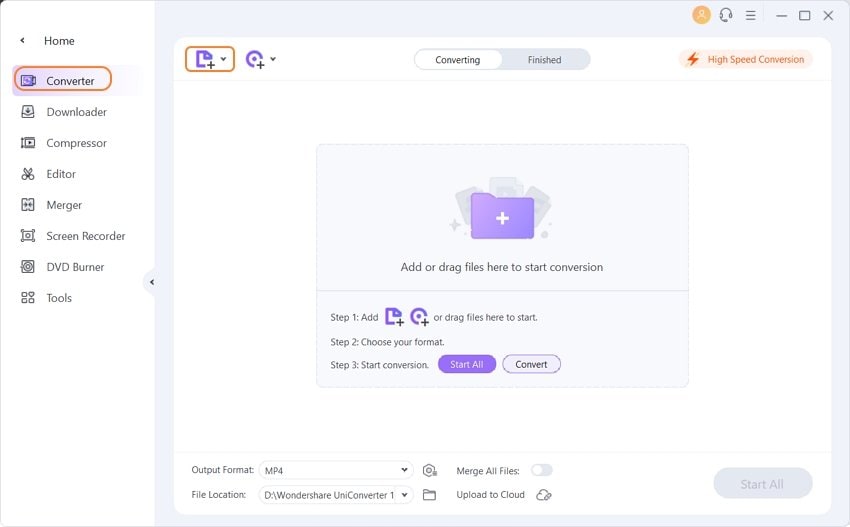 The added video appears on your software interface with file details and a thumbnail image. Hover the mouse over the added video thumbnail and a play icon will appear. Click on the play icon that will start playing the video in the new pop-up window. There are options to rewind, forward, pause, and watch the video in full screen on the new window.

If you want to make some editing on your video, you can click on the edit icons on the video thumbnail and a new window will appear. Trim, crop, add watermarks, apply effects, edit subtitles, and other changes are allowed to make here. 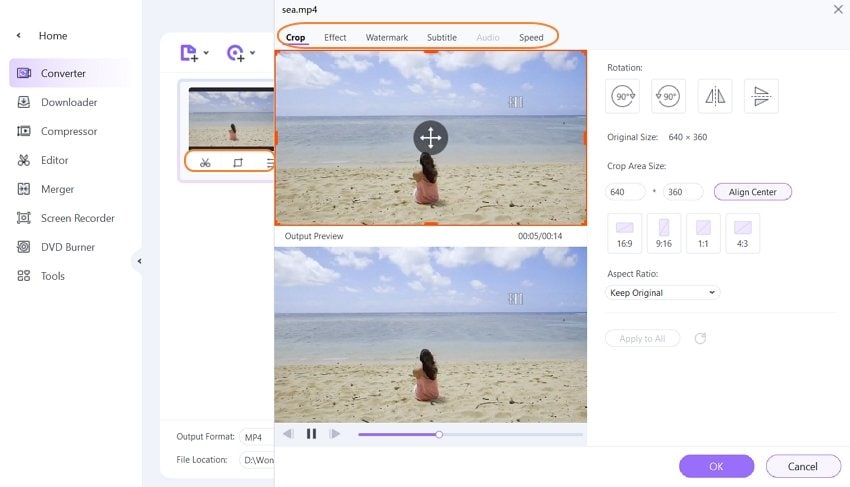 Moreover, you can convert video formats with this Windows Media Player alternative. Click on the Output Format option on the bottom, and select your desired video/audio formats from the drop-down list. You can also choose video format which supports special devices under the Device tab. Finally, click on the Start All button on the right-bottom to save all changes and converted video formats soon. 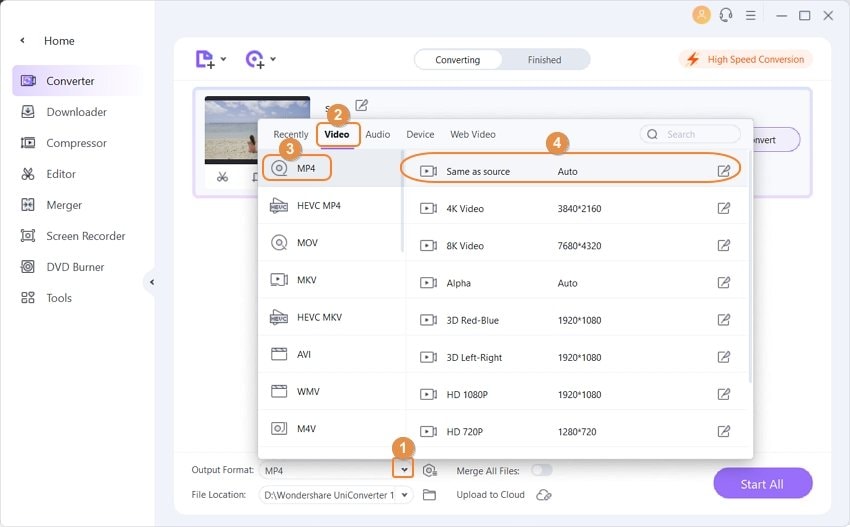 A number of free alternatives to Windows Media Player 12/11/9/8 and other versions are available. Listed below are the top 4 free video players.

Developed by VideoLAN Project, VLC is a free and open-source multimedia player that supports playing all types of video formats, DVDs, VCDs, Audio CDs, and streaming protocols. The player is compatible with working on cross-platform including Windows, Mac, Unix, Android, and Linux. This versatile player supports playing most of the codecs like MPEG-2, MPEG-4, MKV, WebM, MP3, , WMV, and others. With a simple interface, the player offers excellent user experience with no ads, user tracking, or spyware. A number of video and audio compression methods are used by the player, and it also supports streaming media over the system network and transcode multimedia files. 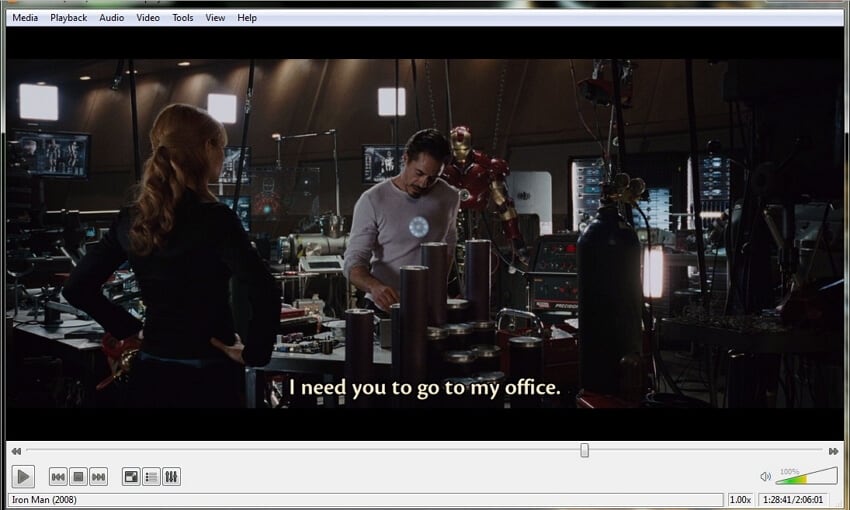 This is another free and lightweight multimedia player that works as a great alternative to WMP. All popularly used video and audio file formats are supported by the player including AVI, AVS, MKV, FLV, ASF, and others. The process of video playlist using the tool is hassle-free and fast owing to the minimalist interface of the player. The player comes with an array of customization options including an option to change the color of the player with each track, skin options, plug-ins, and others. Video editing features include applying filters, changing the file properties, and sharpening the image quality. 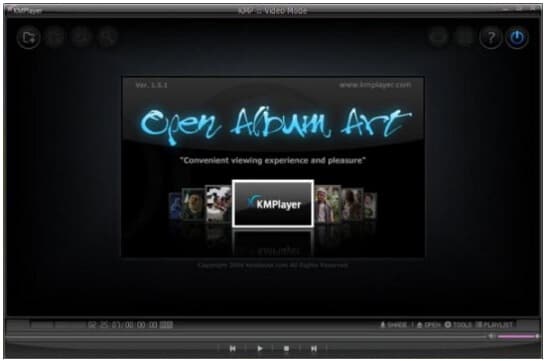 This is a decent player that supports playing your files in an array of formats like MKV, MOV, MP4, WMV, and others. Files from DVD and Audio CD can also be played hassle-free using the player. There is support for searching the codecs and also playing the downloaded and damaged files. The player has a feature where it searched and also syncs the subtitles for the movies played from its library database. One of the striking features of GOM is its support to play 360-degree videos and YouTube VR videos. The player app is available for download on Windows XP SP3 or later versions. 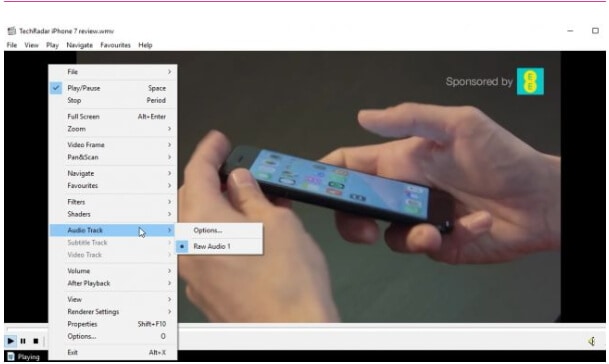 Developed by XBMC Foundation, Kodi is a free to use open-source media player app that allows playing and viewing all popular streaming media like videos, music, podcasts, files from the internet, and also the files from local and network storage media. The player app comes with a variety of customization features like skins to change the look, plug-ins, and others. The app is available for all platforms including Windows, Mac, Linux, Android, and others. All your collection of video files can be well managed by Kodi as it allows downloading the posters, and showing information in addition to the metadata. 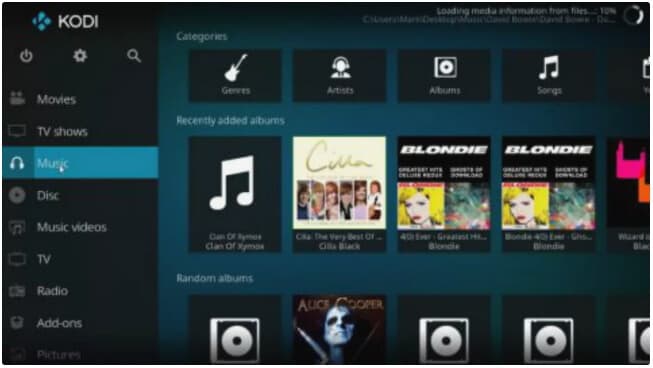 Above listed are different types of media player windows tools with a variety of features and functions. For lossless quality playback and additional features, Wondershare UniConverter proves to be the best choice. Other players can also be considered depending on your requirements.