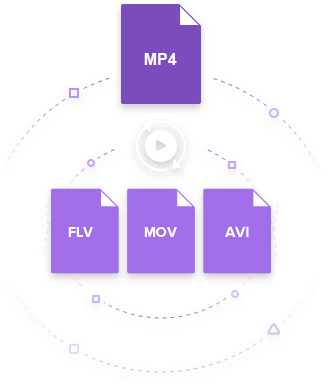 If you are trying so hard to find a free video converter for both Windows and Mac OS, then here you will find not just one but a complete list of free video to mp4 converter. With these programs, you will convert to or from MP4, MKV, MOV, MPG, AVI, 3GP, and more formats.

As an all-in-one converter, Wondershare UniConverter (originally Wondershare Video Converter Ultimate) will provide you the benefits of multiple tools for various purposes. It supports more than 1000 formats for media files and consists of other tools for editing, compressing, recording, and other functions. It is an ideal choice for you to convert videos, not only because of its 30x conversion speed but also the output quality without any loss. If you want to convert video to MP4, Wondershare UniConverter can be the best free video to MP4 converter. It is available for both Windows and Mac OS.

Steps on how to convert videos with Wondershare UniConverter:

Begin with downloading and installing the software on your system. Launch it to open up the home page where you can start the process. Open up the Converter tab, and you will see the +Add Files option on the left side of the screen. Click it to select your video/audio files present on your PC/Mac. 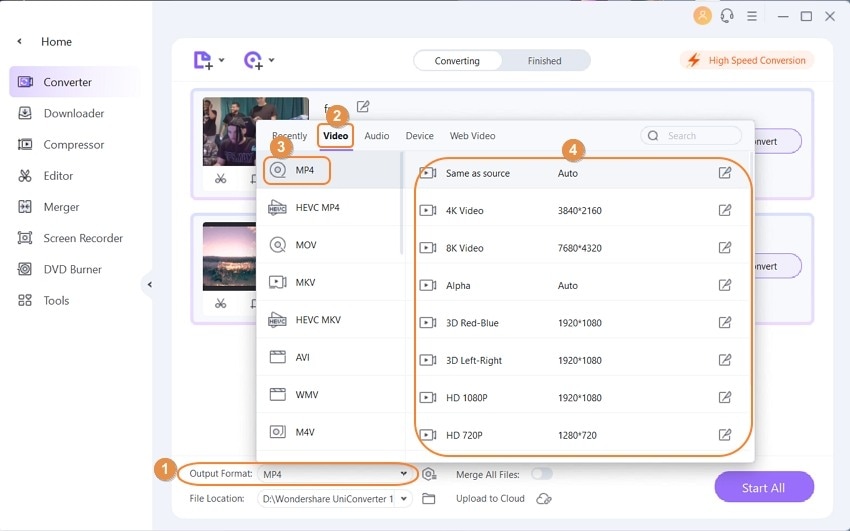 Another option you have is the editing part. You can perform editing on the video file you are about to convert. It can be used to apply effects, add subtitles, watermark, or adjust the volume of the video. If not, then you can directly skip to Step 4 for the final point of the process. 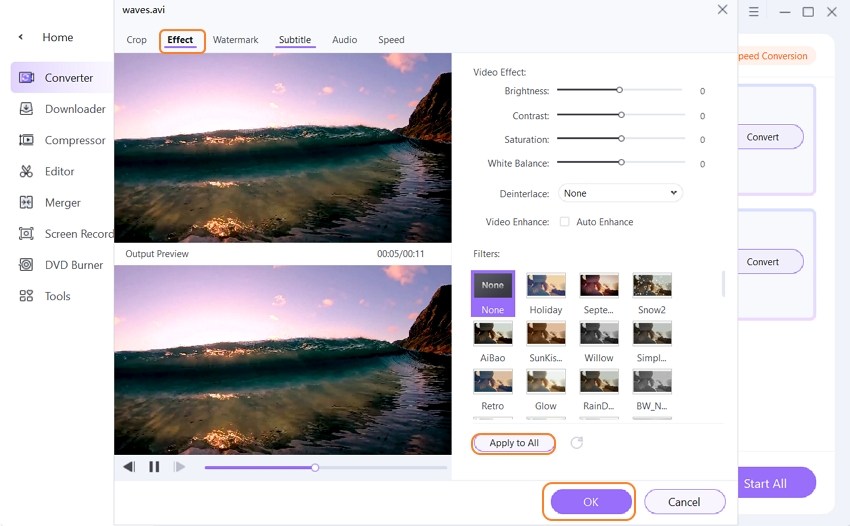 Now, you have to tap on the Convert button or select the Start All option at the bottom of the screen. The process will automatically start and will be done in a few moments. 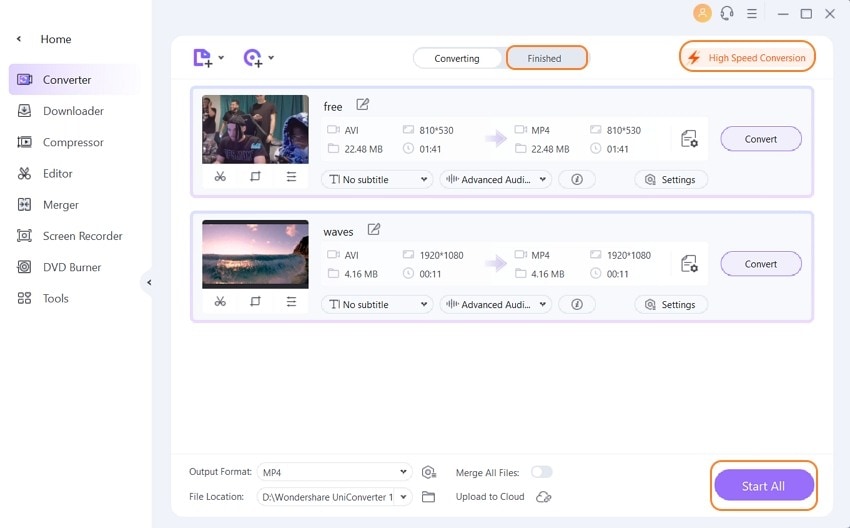 You can also choose the High-Speed Conversion Mode for the process. You will find the file in the default storage space for the Wondershare UniConverter. You can also change the storage location of the files while converting the format.

Handbrake video converter to mp4 is free and allows the users to convert almost all different types of video formats. It is open-source software that makes it widely acceptable for many users. The software has so many inbuilt devices presets that allow the users to choose a specific profile specially optimized for the devices. This is a simple, easy, and fast tool that gives many advanced options to the users. The software has several more features like batch scanning, chapter makers, support for VFR and CFR, title or chapter range selection, video filtering, and average bit rate video encoding. You can also have a Live Static and Video Preview of the files. Other than the features, this utility tool is completely free to be downloaded on your system and doesn't even require any license to activate it.

Supported OS: The Handbrake Video Converter supports Windows, Mac, Linux, and even has a Command-Line version.

Input Formats: The most common multimedia files format and the DVD and Blu-ray sources are protected. 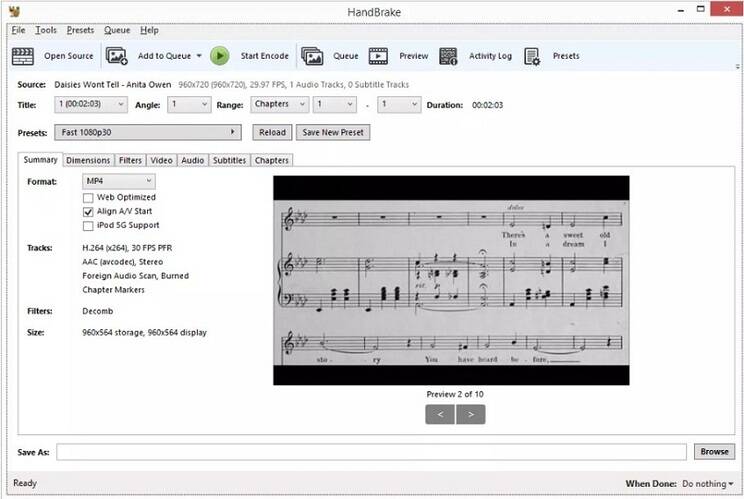 This is software that offers easy to use features for video format conversion. Using the free video converter for AVI to MP4 format is very simple as it has quite an intuitive interface. It can be used to convert the format of the video files and still manage to maintain its High-Definition quality. This format conversion tool supports audio formats too and can also merge multiple videos into one, thereby making it a single file. The software is handy in downloading the videos from YouTube too. A simple Editor is also provided within the software, which can perform trim, crop function and can add effects to the videos. Moreover, it also has a Burner that will burn the data files into DVDs easily. Over time, many alternatives to it have appeared on the market.

Supported OS: This software can be used on Apple devices, Windows, Android, and other devices. 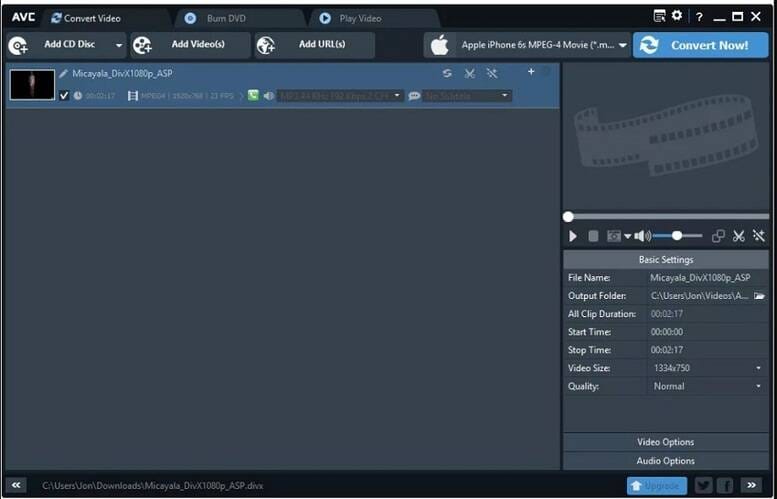 Freemake Video Converter is a video to mp4 converter freeware, as its name suggests. The software has a simple design and unique interface that supports a massive number of formats for conversion. It can also be used for trimming videos, adding subtitles, and other essential editing functions. The software also has the capability of a CD/DVD burner to burn the media files on data discs. It can also be used to merge multiple video files to form a single file. The best feature of the software is that it gets updated frequently to remove any possible bugs in the software and to improve its performance.

Supported OS: The software is only compatible with Windows Operating System. 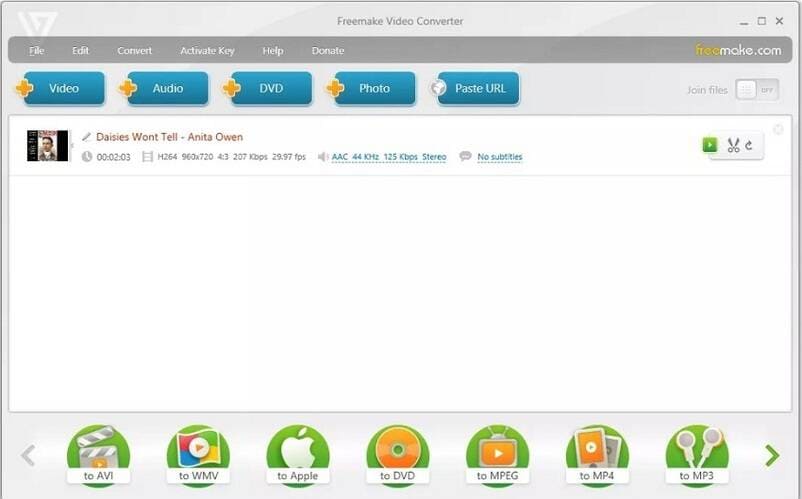 Format Factory is software that allows the users to convert the format of media files. This is a convenient utility tool that makes it super easy to change the format of the video files. It is a video converter to mp4 free which facilitates files sharing, save the disk space, and even has compatibility with multiple mobile devices. The features of the software are easily accessible due to its intuitive interface. It is an overall nice utility software that finishes the conversion process quickly. Furthermore, it can also be used to repair the damaged video and audio files with its built-in tools.

Supported OS: The software is supported by the Windows OS only. 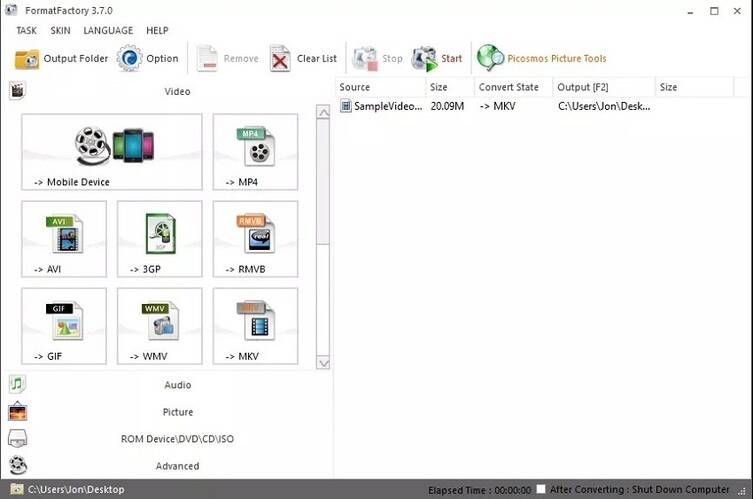 Wondershare Free Video Converter is also available as entirely free software. This free video converter can be installed on any system that you like. It is one of the top choices for video conversion in both Windows and Mac operating systems. The software offers 30X faster speed than any other software and supports over 1000+ formats. It can also be used for converting videos from YouTube directly. It is recommended to use the Premium version of the software to get the benefits of the application without any restriction. It also consists of a Screen recorder, 4K, and HD Video Converter, Video Metadata Editor, GIF Maker, and can transfer media files directly to mobile phones or any other connected storage device.

Supported OS: The software is compatible with both Windows and Mac Operating System. 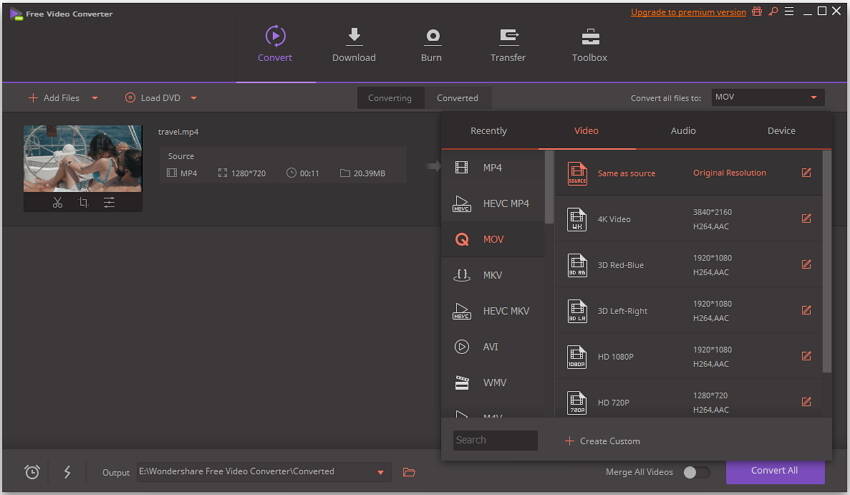 Totally Free Converter is the software that can perform the task of a fully efficient converter along with being a media player and downloader. This is a free video converter to mp4 format and others that supports a plethora of multimedia formats and saves the quality of files and disk space of your system. The software can easily be installed on the computer and easier to be used. The configuration of the software is very simple. The feature lacking in the software is the customization of the resolution and quality of the video files. But still, the original quality of the video files is kept intact even after the file format conversion. 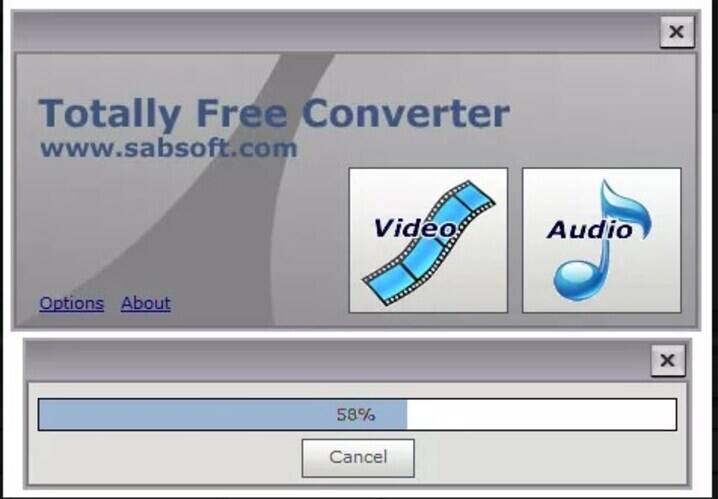 QuickTime is the default and built-in media player of the Mac Operating System. Apart from the video playing, the software application has many other functions. Such as, it can be used as a free video converter to mp4 and other formats too. When you are using the QuickTime software, there is no need for any other software as it will download videos from online sources, perform format conversion, and act as a media player altogether. Even the process of the video file format conversion is easy enough to be carried out by a first time user.

Supported OS: As it is the built-in player of Mac OS, the supported OS is also Mac only. 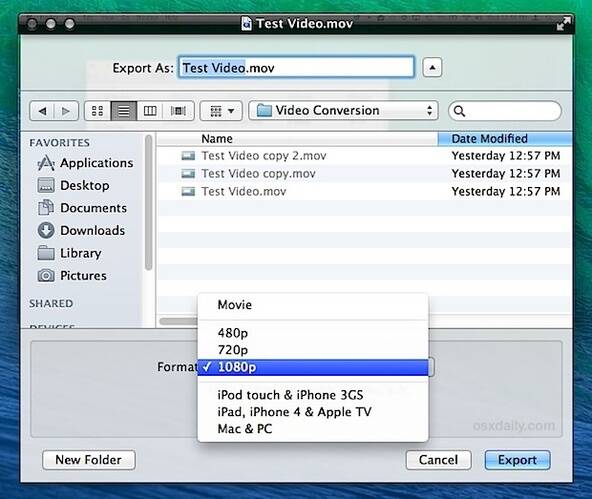 Quick Media Converter is a utility tool that makes it very simple to convert the formats of video files. The video converter to mp4 is free for download but only supports Windows OS. The variety of formats is handled in a good way. The interface makes it very simple to understand which format is supported ion, which device and makes the conversion easy. The software is entirely safe to be downloaded on your system as it doesn't contain any malware or virus, and it won't leave a watermark on your video too.

Supported OS: The software is only compatible with Windows Operating System. 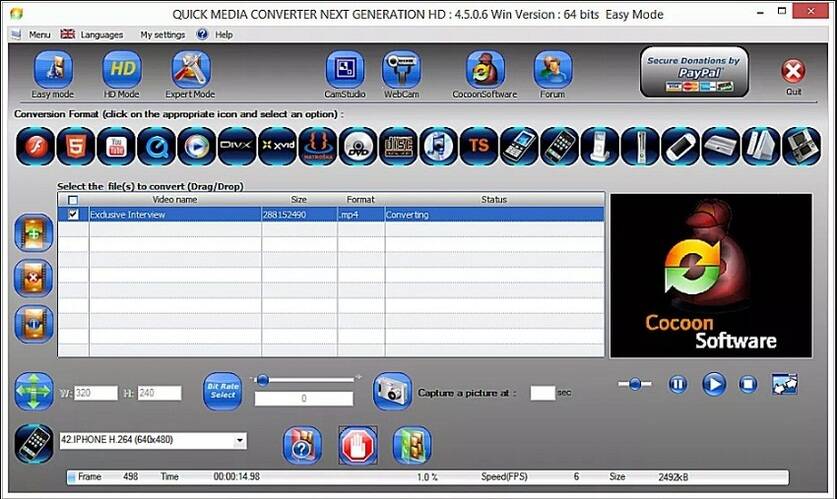 Hence, we have provided you with several best video converters to mp4 free to download and use. The users can choose any of them if they don't want to try out the paid software. But it is still recommended that you use the Wondershare UniConverter to have the benefits of various software into a single software.