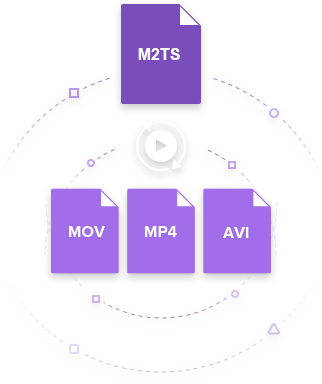 How to Play M2TS Files with a VLC Media Player?

If you have similar questions like above concerning M2TS files, then you should read this article, which will introduce the best M2TS player and M2TS converter for Windows/Mac. With it, you can convert M2TS files to any common video formats you need and playback on iPhone/iPad/Android or any other external devices.

These are the file extensions used for the saving of the files in high-definition, using the BDAV (Blu-ray Disc Audio/Visual) format. M2TS files support both 720p and 1080i formats of files. The name and the pattern of the M2TS File can be in the form of "xxxxx.m2ts", where "xxxxx" is a 5-digit number, which corresponds to the audiovisual clip. This file extension was developed by Blu-ray Disc Association and is a container for audio, video and data files.

Part 2. How to Play M2TS Files with VLC Media Player on Windows

VLC Players can play M2TS files on both Mac and Windows. VLC Media Player can playback the content video and AC3 audio, i.e., M2TS Files directly without any support of any external factor. To play M2TS files on Windows, all you need is to open VLC Player, click on the Menu Option, Go to the open file option. Then you are required to Browse button and navigate to the place where the M2TS file is stored in your computer. Select the file, which you want to play and click OK, and VLC will start playing the M2TS video you chose.

Most of the files present in the M2TS Files can be easily played through VLC Media Player on Windows.

Part 3. How to Play M2TS Files with VLC Media Player on Mac

If you are running on Mac and want to play your M2TS Files on the platform, the option is available, and the option is the same as that with the Windows. You need to right-click Media, Open File, Locate the .mts file or M2TS File and Click OK while playing in VLC Player. Playing M2TS Files on Windows and Mac is equally easy, and with the clear approach of the VLC Media Player towards running these files, the process is quite easy except in some cases, where some M2TS Files cannot be played due to some particular issues.

Even, remember that the M2TS Files are high definition files, which needs good graphics and better RAM for the files to be played. Thus, in case you are feeling difficulty while running M2TS Files, just check on the configuration of the System, too, as these may be the other reason for the VLC Player not running some M2TC Files. Lack of the proper codec needed to play the same files may be just the other reasons for the VLC Player not running some M2TS Files.

In order to play M2TS files on Mac and Windows, which are not running on VLC Player, they can be easily converted without any effort using Wondershare UniConverter. It converts the wide range of file extensions from one form to another and can be used for all sorts of needs.

Steps to Convert and Play M2TS Files on Windows/Mac

First of all, download Wondershare UniConverter to your PC and launch it after installation. You'd get the primary Converter interface as below, click the Document icon to load your M2TS video files to the program. 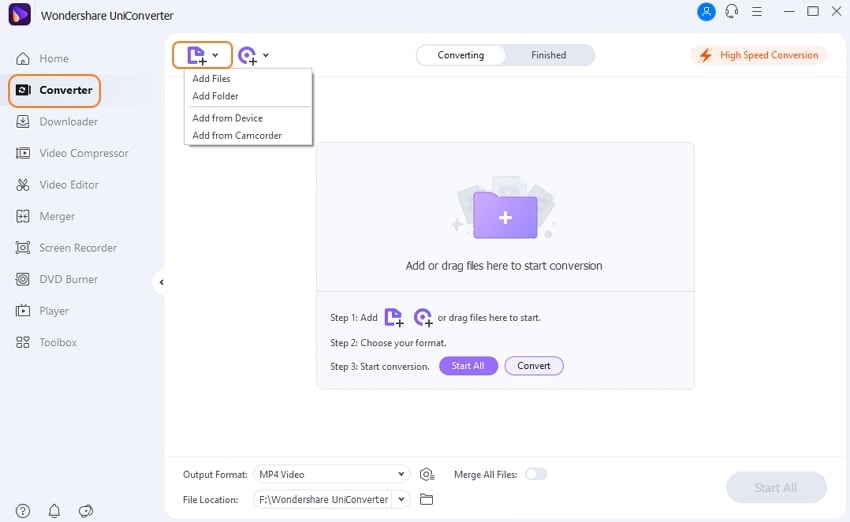 Click the video thumbnail image to play the M2TS videos for preview. Click the Setting icon and select the Video tab to choose a video format and resolution you want. 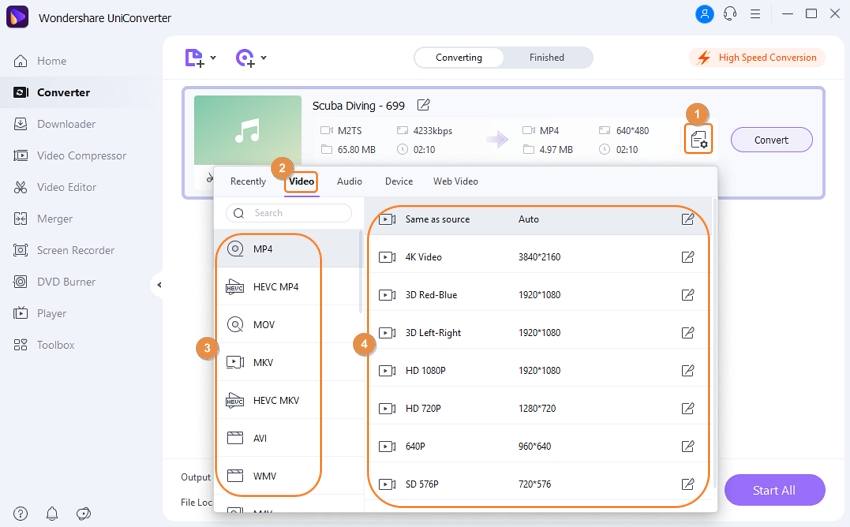 Click the Convert to start M2TS to MP4 conversion. You can see the purple process bar while converting, and the converted M2TS files could be easily found under the Finished tab. 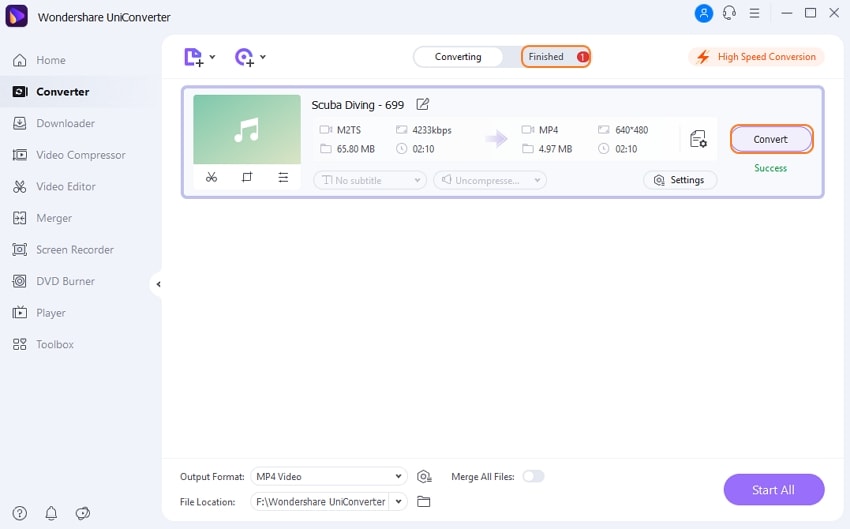 The conversion process is working on both Windows/Mac system, and you can follow the same steps above to convert and play the converted M2TS videos within VLC right away!