Take Snapshots in VLC Media Player on Windows and Mac

The VLC media player is by far the most important reliable media player in the market, which allows the users to perform the functions that other players never allow the user to perform. One such feature of the VLC media player is to make sure that the screenshots are captured in the best manner. The favorite movie scenes are converted to the desktop background, and the pictures are even transferred to mobile and joint with other users. The most vital step in connection to this tutorial is that the PROCESS OF TAKING SCREENSHOTS ON VLC IS SAME ON WINDOWS AND MAC. However, to avoid similarities, two different and simplest procedures are mentioned here.

Step 1 The user needs to launch the VLC media player so that the following interface appears:

Step 2 The user then needs to make sure that the desired video is played, as shown in the figure below:

Step 3 Once it has been done, the user then needs to click the video option within the main bar on the top of the VLC media player, which can be seen in the picture that has been pasted below: 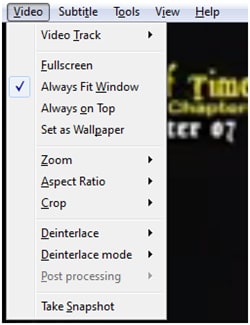 Step 4 The last option of the list is taken a snapshot, so the user needs to click it, which has been demonstrated below: 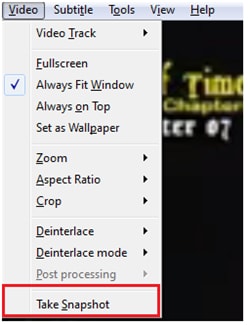 Step 5 On Mac, the screenshot will be automatically saved on the desktop from where the user can access it anytime he wants, and that finishes the process.

The process of taking screenshots on Mac and windows system is the same; however, for the convenience of the user's different method will be mentioned for windows so that the user never faces any issue in this regard:

Step 1 To initiate the process, the user needs to double click the VLC media icon so that the following screen appears:

Step 2 The user now needs to play the video, the screenshot required, as shown below:

Step 3 As a next step, the user needs to make sure that the highlighted button is pressed to take the desired screenshot as it has been depicted in the picture below: 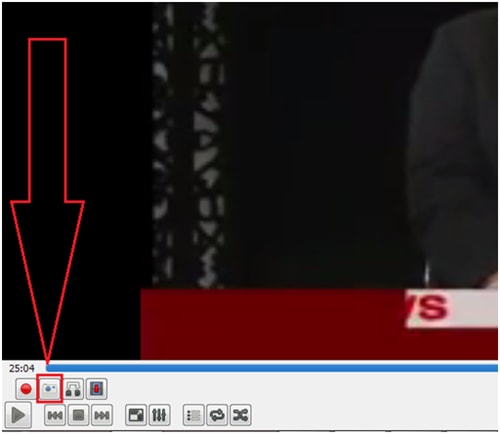 Step 4 In Windows, the screenshot is automatically captured in C: UsersusernameMy Pictures from where the user can access them and use it as per their desire and will.

Following are some of the most important issues which the user face while using VLC to capture screenshots; the response has also been mentioned hereunder:

It is one of the most common reasons that lead to issues, and for the same reason, it is also to be noted that the ffmpeg update leads to this crisis.

1. The user needs to access the preferences of VLC, as shown in the figure below: 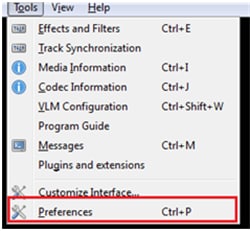 2. The user then needs to access the video options, as shown in the picture below:

3. The user just needs to change the format to jpg to make sure that the issue is resolved:

It is also to be noted that the Windows shortcut also applies to LINUX and UNIX operating systems.

As mentioned before, the command line or the keyboard commands of the VLC media player differ when it comes to operating systems; however, it is also to be noted that the preferences can be changed in the following process is followed as mentioned so that the issue is resolved in the best interest of the user. The commands are given as per the ease of the user in this regard. To change the desired settings, the user needs to follow the path, i.e. tools > preferences > Hotkeys, as shown in the figure below: 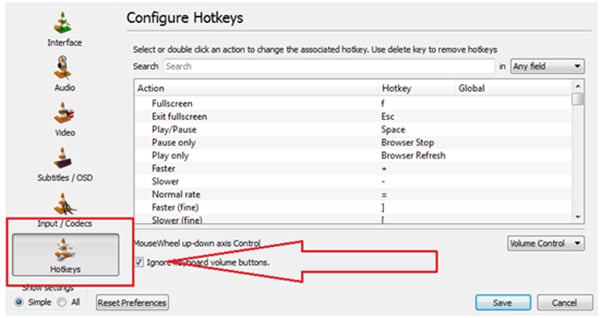 Alternatively, the user can also reset the preferences to ensure that the default VLC player settings are used if the user feels comfortable with them.

Most users also face problems in this regard as the screenshots that are taken are short of excellence. The path to resolution is tools > preferences > video > format as can be seen below: 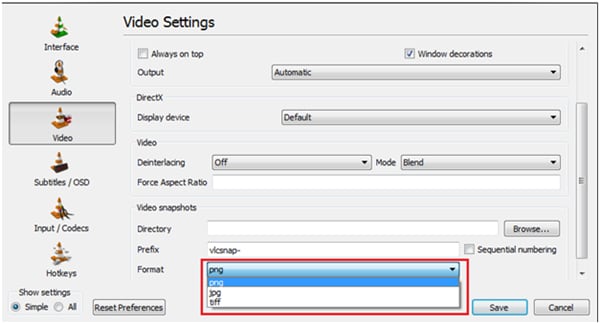 As an experiment, the user needs to take screenshots by changing the format each time to make sure that the best quality and output is generated according to the user's need. The formats are related to the system's hardware, so it is advised to check by taking three different screenshots, one for each type of format to make sure that the best is chosen for the future.