Home > Movie Users>AVCHD VS MP4 Vs XAVC S, Which One is Better

AVCHD VS MP4 Vs XAVC S, Which One is Better

The video is a wonderful means to relive and cherish your memories. With technology on its high, the video recording devices these days support an array of formats that best suits your needs. MP4 and AVCHD are two of the most popularly used video recording formats with their set of pros and cons. Though both formats have a lot of similarities, their major difference lies in their use and practicality. What's more, XAVC S is another format in which people also asked which one to choose, XAVC S HD or AVCHD. To help you decide which a more apt format is as per your requirements, the following part of the article discusses AVCHD vs. MP4 vs. XAVC S in detail.

Part 1. The Definitions and Development of AVCHD and MP4

Standing for Advanced Video Coding High Definition, AVCHD is a file-based format that is used for the digital recording and HD video playback. The format was developed jointly by Sony and Panasonic for professional video recording using high definition camcorders. The format facilitates recording high-quality videos that can be burnt to DVD and can also be played on Blu-ray player and HDTV. More detailed information about AVCHD can move to What is AVCHD Files and How to Playback Easily >.

When released in the year 2006, AVCHD was the first HD playback and digital recording format. The first AVCHD supported camcorders were released by other Sony and Panasonic in 2007. The specification of the format was amended in the year 2011 so as to include 1080 line 50 frames and 60 frame modes along with a stereoscopic video. As compared to the previous ones, the new video modes need double the data rate.

MPEG-4 Part 14, which is commonly known as MP4, is a container multimedia format that allows storing video, video, still images, subtitles, and other data. This digital format is compressed in nature, which makes it easy to share and stream over the net. MP4 is one of the most widely used formats that are compatible with almost all types of players and devices.

MP4 was developed as a part of the ISO base media file format, which is based on Quick Time File Format. The format is similar to Quick Time file format, but it supports the features of Initial Object Descriptors and MPEG. The format was released in 1999 with its first published version in 2001. In the year 2003, the format was revised and replaced with a new one, which is currently in use in major parts of the globe.

In simplest terms, XAVC S can be defined as the subset format of the XAVC format. Introduced by Sony, the XAVC recording format that is licensed to the companies willing to create XAVC products. The subset format XAVC S is capable of supporting 4K videos with a resolution of up to 3840 X 2160 and uses MP4 as its container format. For the audio, AAC or LPCM is used by the format. Some of the popular Sony devices that support the XAVC S format include the Sony FDR-AX100 4K Ultra HD consumer camcorder, action camera- Sony HDR-AS100V, and others.

Sony’s XAVC S has been developed to offer high quality above 1080 pixels resolution to video files. HD and 4K resolution up to 3840 X 2160 pixels is supported by the format, and thus, it is also named as Quad Full HD, UHDTV, QFHD, and UltraHDTV. The format is majorly used for high-quality video recording and playback. With MP4 s the container file, the format offers high compatibility with general players and devices.

AVCHD, MP4, and XAVC S are among the favorite formats for recording videos. To help you choose between the two, given below is a comparison table on a number of metrics.

Part 3. Best Player and Converter for AVCHD and MP4 Files

Though AVCHD and MP4 are popular formats, there might be situations when one or both of these formats are not supported by a device, player, or video editing tool. In such situations, the best solution will be to convert AVCHD/MP4 to other compatible formats. There are a number of programs that allow converting file formats, and one of the best in the category is Wondershare UniConverter (originally Wondershare Video Converter Ultimate). The professional software works as a complete video toolbox allowing file conversion, transfer, video editing, video download and burning CD.

Wondershare UniConverter supports more than 1000 formats for file conversion at a 120X faster speed. The file conversion is easy and can be performed in just a few steps. For an enhanced experience, videos can be edited using a number of features like cropping, trimming, adding subtitles, and others. The software works well with Windows as well as Mac system.

Steps to convert AVCHD/MP4 to other formats using Wondershare UniConverter:

Open Wondershare UniConverter on your PC/Mac. On the primary software interface, under the Converter tab, click the +Add Files button to browse and add the desired AVCHD/MP4 from the computer. You can also drag and drop the files. 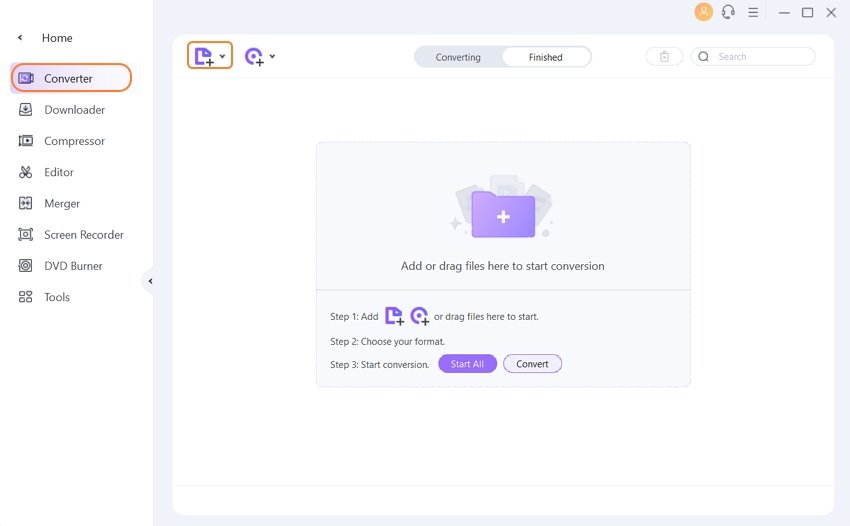 After adding the files to be converted, the output format needs to be selected. Click the drop-down arrow next to the Output Format option and select the desired format and resolution from the Video or Devices tab. 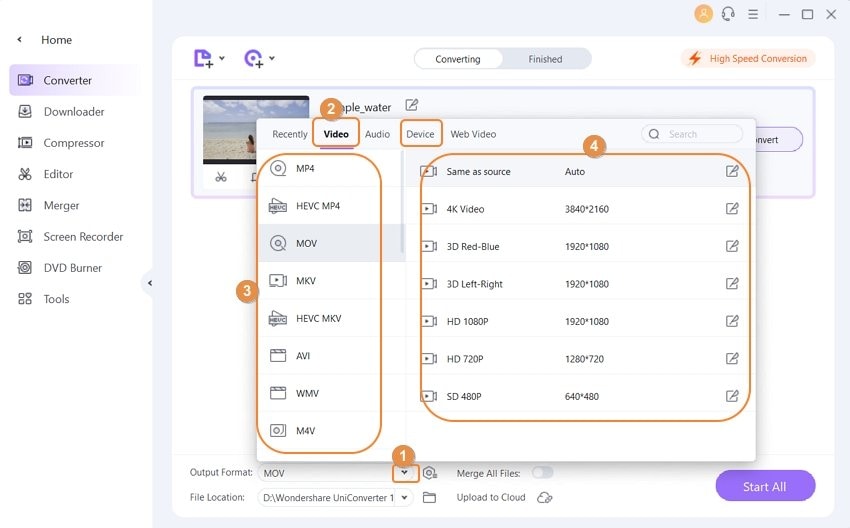 Finally, click Start All to start the conversion process. The File Location tab at the bottom of the software interface shows the location where a converted file(s) are stored on your PC. You can edit the location as per your requirements.

So, pick up between AVCHD and MP4 depending upon your video recording requirements. For playing these formats on other devices, you can also convert them using Wondershare UniConverter.