Adding Metadata for Windows and Mac requires following a well detailed step by step guidelines. For a newbie, we promote you to use easy to use the software, the “Wondershare UniConverter (originally Wondershare Video Converter Ultimate)”. This is the best software available to help you in successfully adding Metadata for Windows and Mac. The guidelines listed below if well followed will be helpful in achieving this result.

Part 1. How to add MP4 metadata on Windows and Mac.

Wondershare UniConverter (originally Wondershare Video Converter Ultimate) converts videos between a large numbers of formats and then exports them to any chosen devices. It can also work as a video metadata.

Through the following step by step instruction ,it will show you how to add Metadata to your MP4 file. There are two solutions for Wondershare UniConverter (originally Wondershare Video Converter Ultimate), you can add MP4 metadata with video conversion or just add metadata directly without any changes, we will mainly introduce the latter.

Step 1 Add MP4 file into the metadata tagger for MP4.

Go to the Toolbox section > Fix Media Metadata to enter the metadata editing window. And click … button to add the MP4 video that you want to edit metadata. 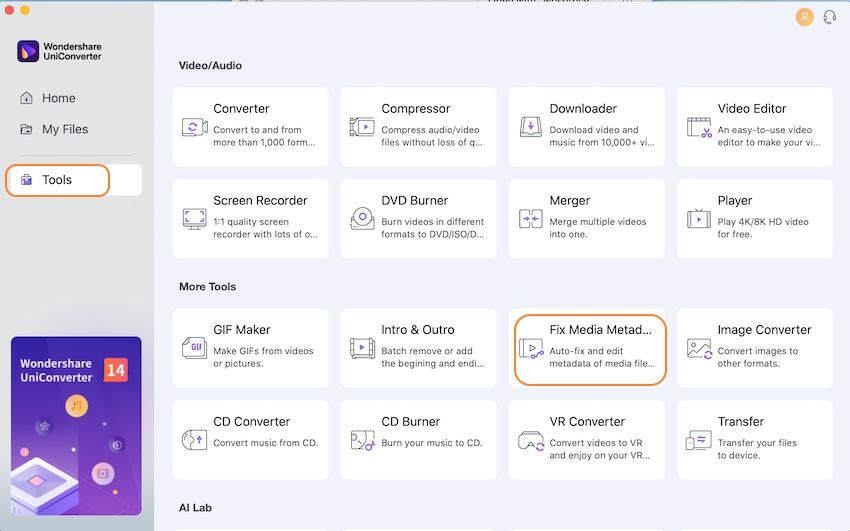 All this information you can add as metadata in your MP4 file, it is time to hit the Save button at the bottom of the interface. The metadata video will now be automatically placed in the right place where you add the original file. 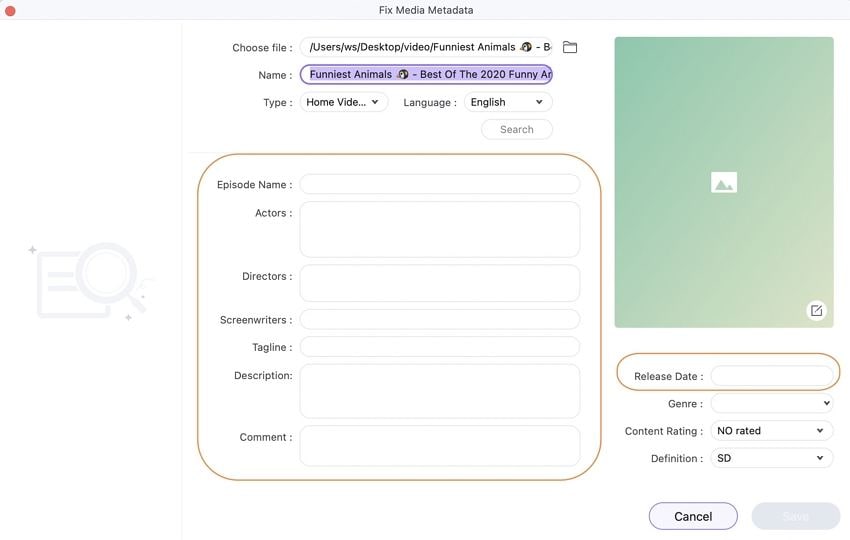 If you want to add MP4 video metadata while converting the video formats, than you can try another way to add MP4 metadata >.

MetaZ only accepts MP4 video format for metadata tagging partly because the AVI and WMV files are not commonly used on Mac. Note that if you have a WMV or AVI file, you have to convert it to MP4 before you can add metadata on it. To add metadata using MetaZ on Mac, the following steps should be followed.

Note: It comes with a zip file which must be unzipped.. .Unzip and install. Once installed, start MetaZ.

Add files to the right side of MetaZ window as shown above or you can drop the files on the MetaZ icon in the dock. Whichever way, it is easy. Either press “Command +0” to select the files or you drag and drop the files.

Next you click the file that you intend to work on. MetaZ will most likely use the filename as a guess to determine what the title of the movie could be which can be seen on the search box. There, you can make a correction of the title to search for and press enter to begin the search. Using a partial of the title could work as well as long as it is not too generic. Then double click on the best marching title seen under the search box.

At this point, MetaZ will pre-populate the fields with information obtained from the internet using the movieDB or others. Click through and verify the information. 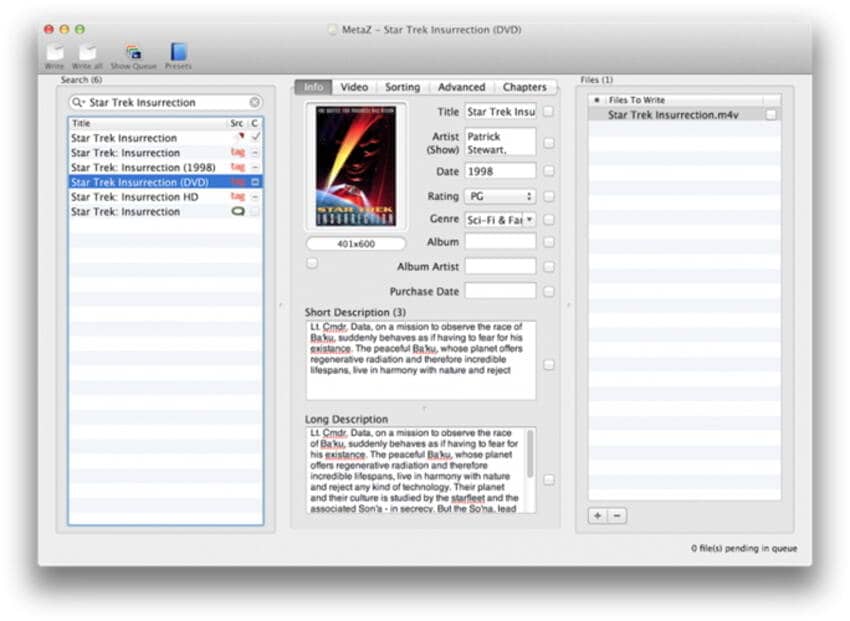 Once you are satisfied with the information, ensure the checkmarks next to the boxes are ticked.

Finally, to write the metadata to your movie file, you have to click the “write” icon which could take as little as 10 seconds to write.

Note: MetaZ can work with a queue and has the ability to write all movies at once.

Part 3. What is metadata?

Metadata for a movie file like the MP4 is simply the information about the movie stored in a file. It is normally used to describe video information. The information includes the proper title, director and producers, actors, ratings, genre, tag and general description.