Final Cut Pro is the premium choice for any Mac video editing, and it is widely used by Mac users now. The MPEG standard files may use different codes and cause failure in importing to Final Cut Pro. If you come across this situation, the best solution is to get aids from a MPEG/MPG to Final Cut Pro Converter for Mac, which can help you to convert MPEG to Final Cut Pro compatible video formats and then files can be easily imported for an editing job.

Wondershare UniConverter is the most recommended Final Cut Pro video converter to help you convert videos from MPG/MPEG to FCP compatible formats. It works on both Windows and Mac systems with 1000+ common formats supported. You can also edit videos simply with trimming, cutting, merging, adding subtitles, applying effects, and more others. As a multiple functional video toolbox, you can learn more about it by reading the following parts.

button to add video files from your PC/Mac. You can also use the drag-and-drop method to add multiple files at the same time for batch conversion. 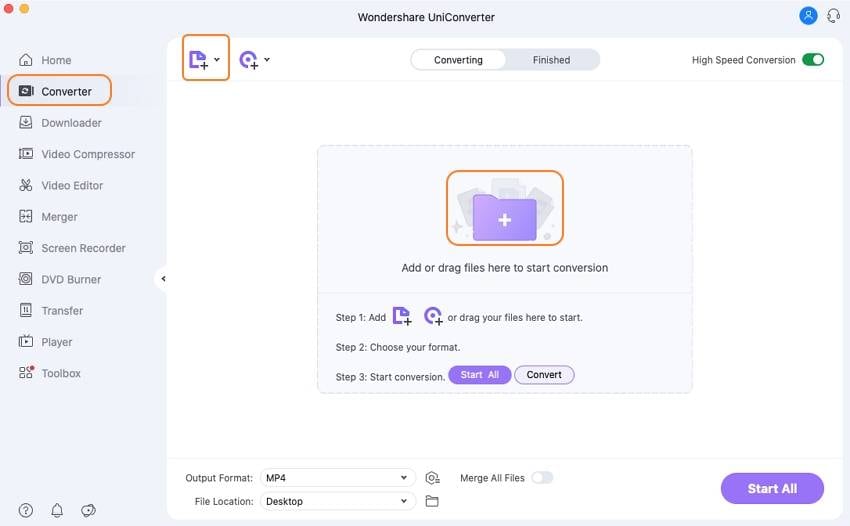 Click the Output Format: option to open the output formats list. Go to the Editing tab and choose Final Cut Pro as your output format, also select a video resolution. You can also choose other formats under the Video tab.

Before converting MPEG videos to FCP, some editing works can be done on MPEG to FCP Converter for Mac. Just click the pencil icon to reveal the Edit window and go for the option. 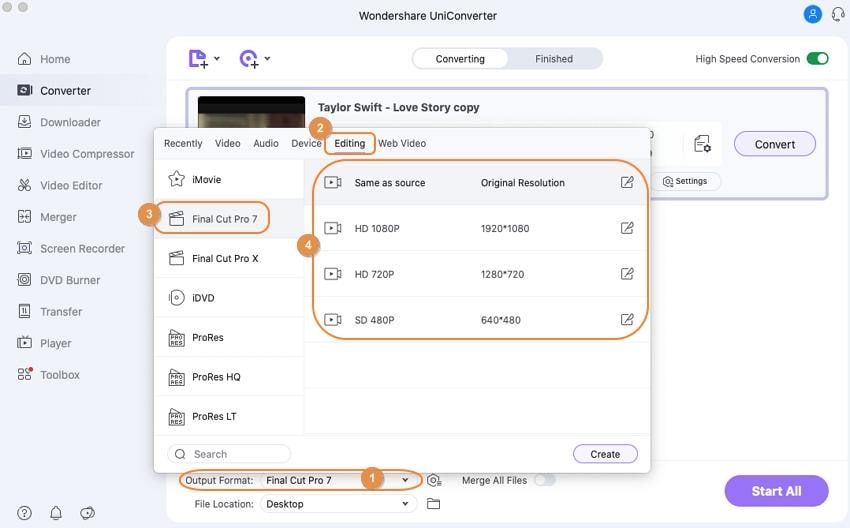 Hit the Start All button to start the MPEG file to Final Cut Pro conversion. The conversion time mainly depends on the video length, resolution, and your computer performance. You can find the converted files under the Finished tab. 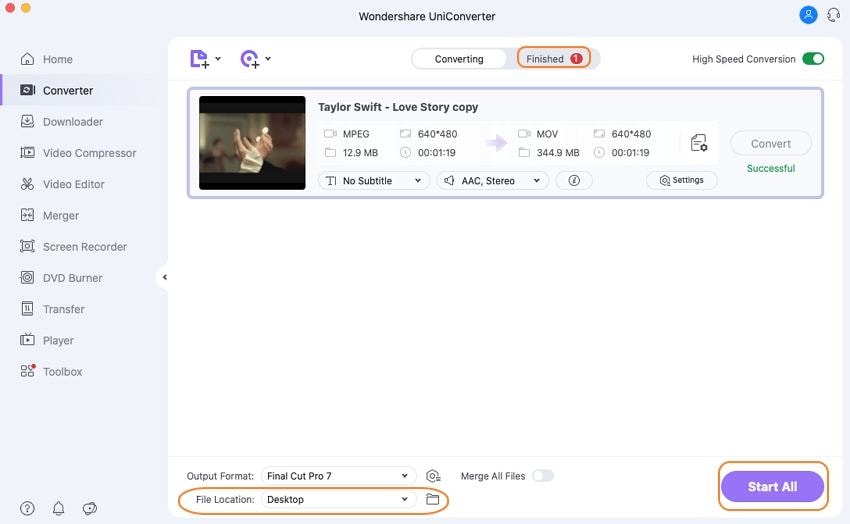 MPEG (pronounced M-peg), which stands for Moving Picture Experts Group, is the name of a family of standards used for audio-visual coding information (e.g., movies, video, music) in a digitally compressed format. The major advantage of MPEG compared to other video and audio coding formats is that MPEG files are much smaller for the same quality. This is because MPEG uses very sophisticated compression techniques. MPEG-1, MPEG-2, and MPEG-4 are the most commonly used MPEG standards. MPEG-1 and MPEG-2 mostly produce files with the .mpg extension and MPEG-4 with .mp4 file extension.