Everything About Final Cut Express You Must Know

Final Cut Express was introduced after Final Cut Pro and before Final Cut Pro X. It was very similar to Final Cut Pro since it borrowed many aspects and features. However, it was less effective despite the production of four versions. Most users expected Cut Express to have better and more advanced features than FCP, so as to have improved performance. Each version came with something new, but lacked another, causing multiple inconveniences. Eventually, Apple had to reduce the Final Cut Express 4 price, to sell it in high numbers just before its discontinuation. In the same year that Apple stopped supporting Cut Express, it introduced a new product.

Part 1. The History and Key Features of Final Cut Express

In May 2006, a Universal Binary, Final Cut Express version 3.5, was introduced to users. This tool had upgraded features, including real-time rendering containing Dynamic RT, Soundtrack 1.5, and LiveType 2.0. The final version, Final Cut Express 4, was released by Apple in November 2007. It appeared as a downgrade from the previous version because it lacked support for AVCHD format real-time editing. Despite including 50 new filters and LiveType that allowed users to create advanced movie text, and importing iMovie ’08 projects, it did not have Soundtrack 1.5. As a result, the price for version 4.0 reduced to $199 from version 3.5’s $299. Eventually, Final Cut Express was discontinued in June 2011 to pave the way for Final Cut Pro X. 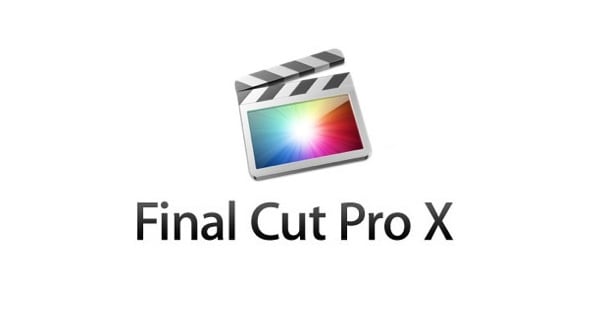 As a beginner, you may find it hard to work with Final Cut Express at first because it is not only discontinued but also less efficient. Therefore, you need a simple alternative that is easily used to cater to your immediate video editing needs. Wondershare UniConverter is the most recommended Final Cut Express 4 alternative. It is reliable, contains many tools for video and audio editing, and works at an impeccable speed. It is the best video editor for beginners because it comes with a simply designed interface that displays all the tools you need. Therefore, understanding its functionalities is not a problem.

Here are the key and most interesting Wondershare UniConverter features:

Start the video editing process by downloading and installing Wondershare UniConverter for Mac, and launching it. Focus on the Converter tab situated at the top and go to the +Add Files icon to load the videos you wish to edit. The loaded clips will be visible through thumbnail images on the interface. You will also notice the editing functions, Trim, Crop, and Effect, under each thumbnail image. 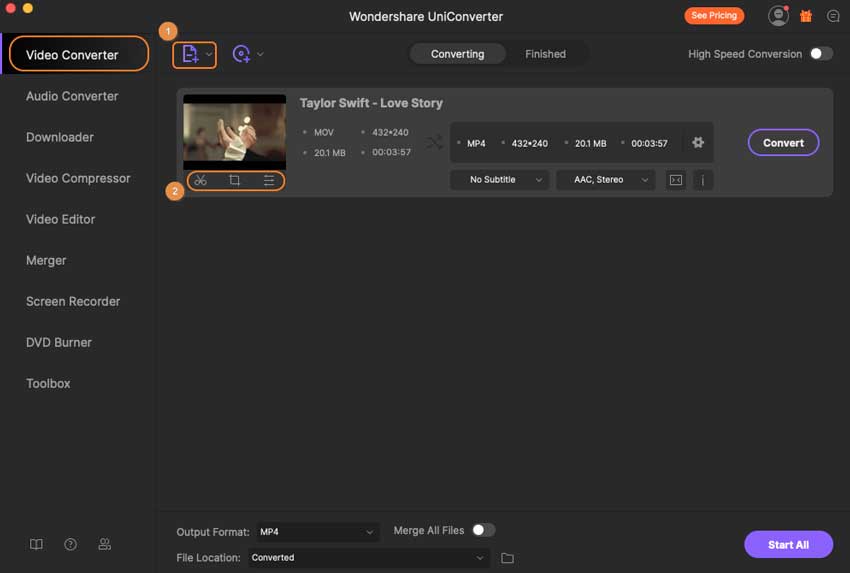 By clicking the Trim function, you will open a trimming setting window that allows you to trim and cut videos in many ways. Moving the slider on this trimming window helps in selecting the clip parts that need trimming, including a specific and exact time. Use the Cut function to turn the selected part into a segment, and thus have multiple segments. With the Delete button, you can easily remove the unnecessary segments. After segment deletion, you may create a single file by merging the independent segments. Simply select the Merge All Segments function at the bottom and then confirm your actions using the OK utility. 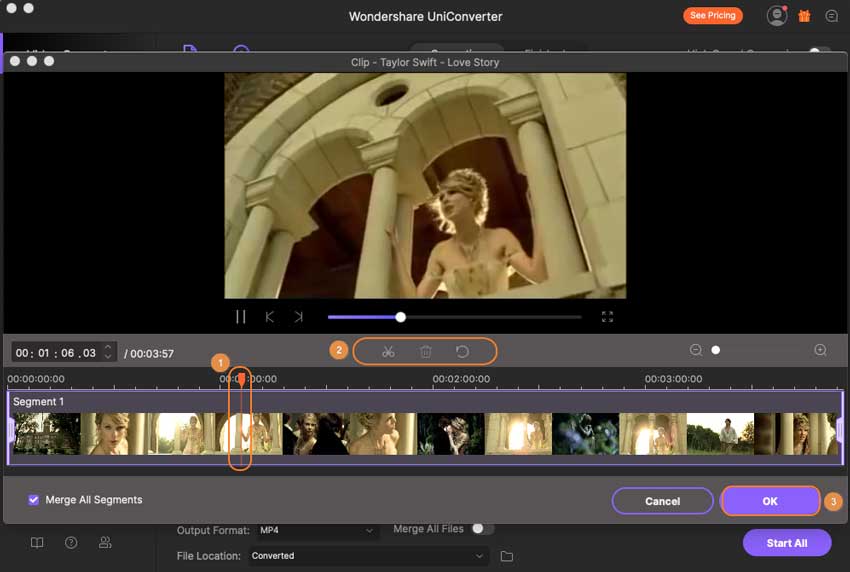 Step 3 Save the Edited Video.

After editing, you may save the video depending on its purpose. Most video players and storage devices are compatible with common formats like MP4. Therefore, you should proceed to convert the video format. Select the Setting icon and go to the Video tab to choose your format and resolution. Complete the conversion task using the Convert button and find the trimmed, converted, and saved videos in the Finished area. 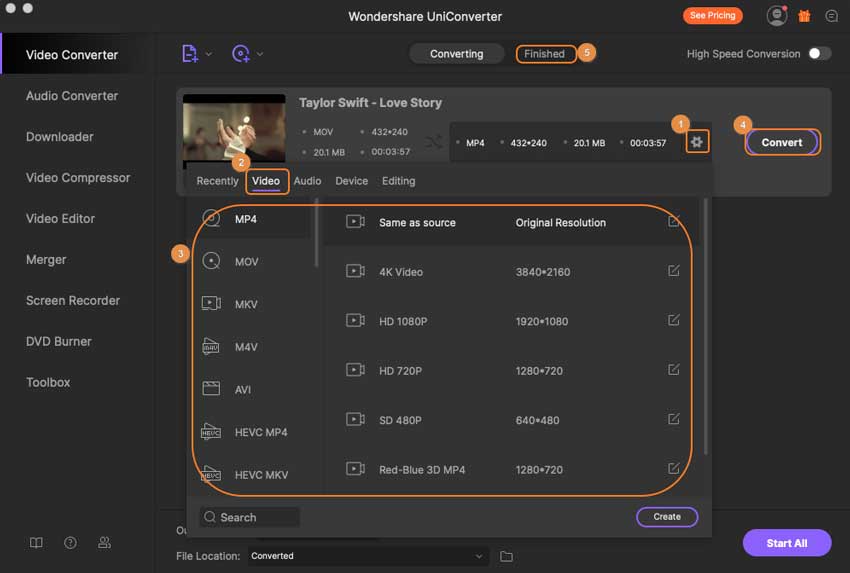 The discontinuation of Final Cut Express led to the introduction of an advanced tool, Final Cut Pro. Since beginners cannot rely on the discontinued product, they need an alternative. Wondershare UniConverter is the best option due to its high effectiveness.