For a long time, movie themes have been an underrated element of what makes an iconic movie with actors and producers taking all the credit. However, a movie theme at its core sets the tone and the mood of a particular audience. If done right, the movie theme can be as memorable as the movie itself. Remember the Jaws, Superman, and Titanic movie soundtracks, right? What these movie themes have in common is that they make their respective film stand the test of time.

So today, I’ve decided to comb through my enormous DVD collection to find some classic theme songs that you can try out.

I have compiled a list of some memorable movie soundtracks of recent decades from my home library. Needless to say, many other fantastic themes may not appear on this list. I hope you enjoy my picks!

This is my favorite classic movie, and I’m sure I’m not alone in this. That aside, this good old spaghetti Western was directed by Sergio Leoni in 1966. It was the final part of Sergio’s Dollar Trilogy. The composer of the theme song of The Good, The Bad, and The Ugly was Ennio Morricone – a famous musician and composer. So far, he has composed over 500 theme songs for TV series and films. 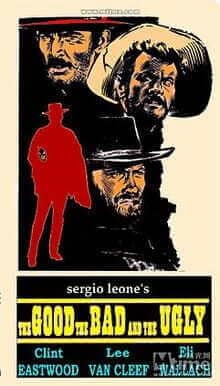 2. The Lord of the Rings

This movie is epic from the beginning to the end, and its soundtrack is one of the best you can find. The sound themes of the film will make your heart run fast with anxiety in one minute and make you feel relaxed in the next. There are dozens of incredible principle leitmotifs and unearthliness feeling from the elves. Honestly, LOTR would have been my #1 had it not been that I have a soft spot for TGBU. 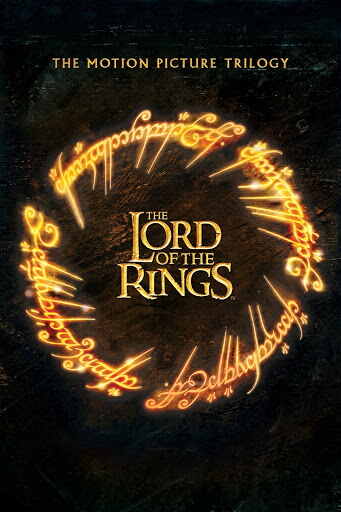 Yeah, that’s right! Titanic can’t miss a spot on my list. This 1997 movie is about a poor handsome young man who meets a girl from a wealthy background and falls in love aboard the ship. It all started when Jack stopped Rose from ‘doing something stupid’ – jumping off the ship. The theme at that specific scene was simply marvelous. Also, remember the soundtrack when the ship nearly missed the iceberg by a whisker? Overall, Celine Dion did an iconic job with the “My Heart Will Go On” song. 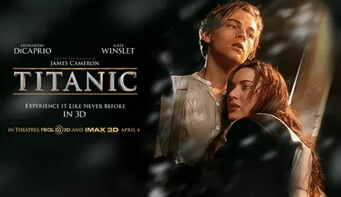 This is another famous 1997 classic done by Will Smith. It is the first solo from the artist that went on to win him the 1998 Grammy Award as the Best Rap Solo Performance. On paper, Will Smith raps about a fictional agency that successfully diffuses extraterrestrial tensions. Oh, what a movie! 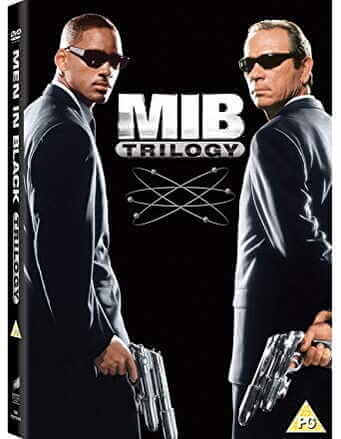 Star Wars is a 1977 American thriller directed by George Lucas and produced by Lucasfilm. Unsurprisingly, Star Wars share the same soundtrack composer with Jaws – another American thriller. The producer wanted the movie to portray visually strange worlds, although the soundtrack gave the audience a different emotional familiarity. To date, the American Film Institute ranks the Star Wars’ soundtrack as the best of all times. 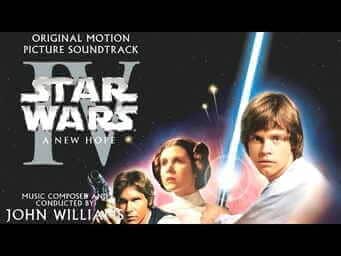 If you like going scuba diving or beach swimming, Jaws one will undoubtedly scare the hell out of you. This American thriller movie was directed by Steven Spielberg and released in 1975. In this film, a big man-eating great white shark ruthlessly attacks beachgoers. Can you imagine that a 17-year-old girl even reported cinematic neurosis after watching the movie in the theaters? Well, this is the perfect example of how scary the soundtrack in the film is. 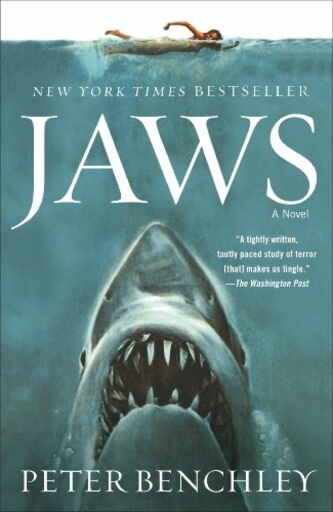 The Lion King is a Walt Disney film that is sure to get your little one jumping up and down with excitement. Apart from the excellent characters, the Lion King also boasts of one of the best-selling soundtracks ever. That’s Hans Zimmer at his best. 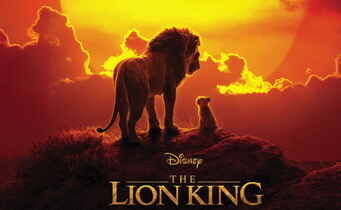 Our good old retired governor leaves us with some of the best moments the movie-making space will ever see. The Terminator 2, especially has some very nice theme that will make you feel an emotional weight of the characters and the story. I still get jacked up when hearing those five notes. 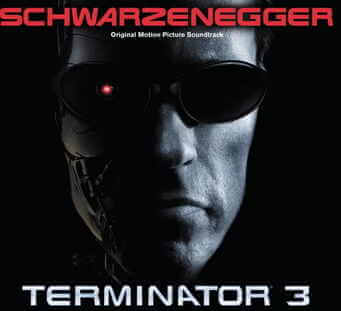 Goldfinger is a 1964 James Bond movie where he features Sean Connery as 007. Shirley Bassey performed the soundtrack of this exciting movie, which went on to earn her an entry into the competitive and prestigious Billboard Hot 100. The film itself received an Academy Award for the Best Sound Effects. 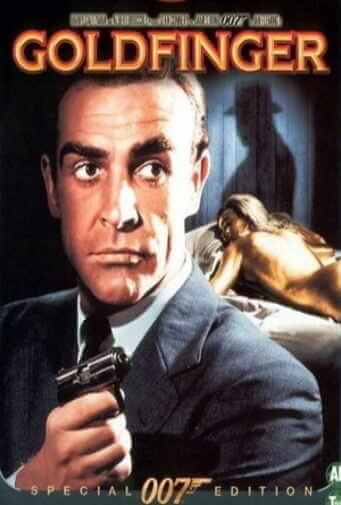 Closing my top ten is Hans Zimmer’s The Dark Knight. The epic in this movie is explosive and impressive, thanks to Hans Zimmer’s soundtrack masterpiece. Some will even argue that this is the best soundtrack ever because audiences experience deep raw emotions of the movie. In short, it’s a complete soul-stirring soundtrack. 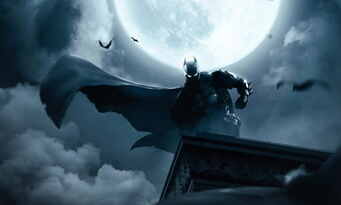 Part 2. How to Add a Movie Theme Effortlessly

Did you know that you can also make your thriller with your favorite background music? That’s what Wondershare UniConverter lets you do with ease. This program is simple to use and offers a wide array of new movie-making tools. You can edit movies by cropping, trimming, applying effects, adding subtitles, and adding background music.

Now let’s learn how to add a soundtrack to your video easily.

Download, install, and open the program, after which you’ll click the DVD Burner tab. From there, hit the

to import your videos from local storage. 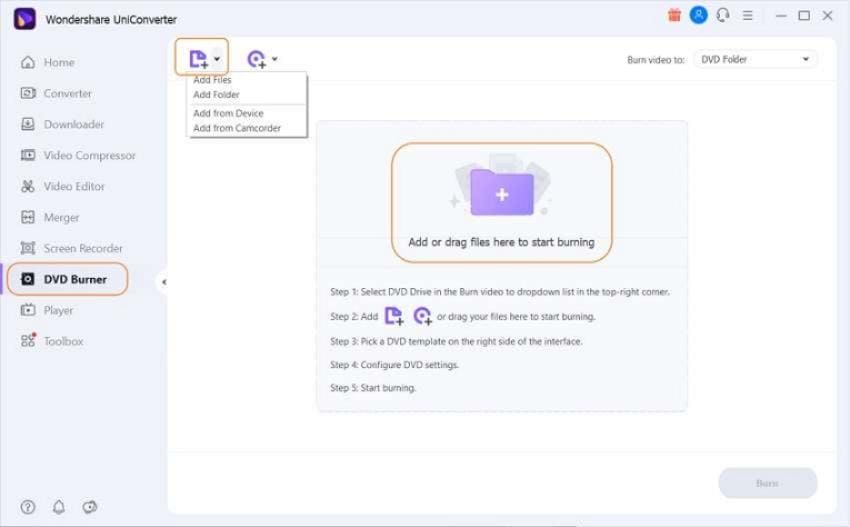 Click the Pencil icon, then choose a DVD template. Next, click the Add background picture and Add background music buttons to import your favorite image and soundtrack before clicking the OK. 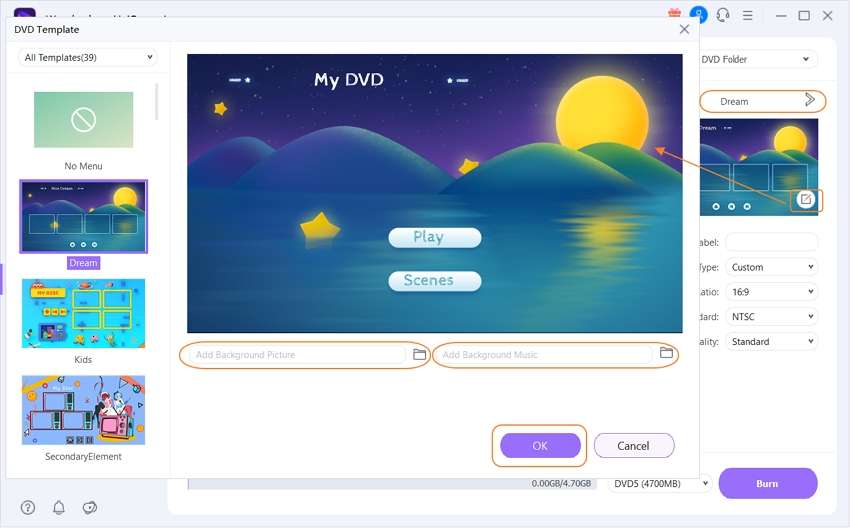 Open the Burn video to the drop-down menu and then choose whether you want to save your movie file to a disc or DVD folder. You can also create an ISO file if you wish. Lastly, enter your DVD label, Quality, TV standard, Aspect Ratio, and Menu Type before clicking the Burn button. 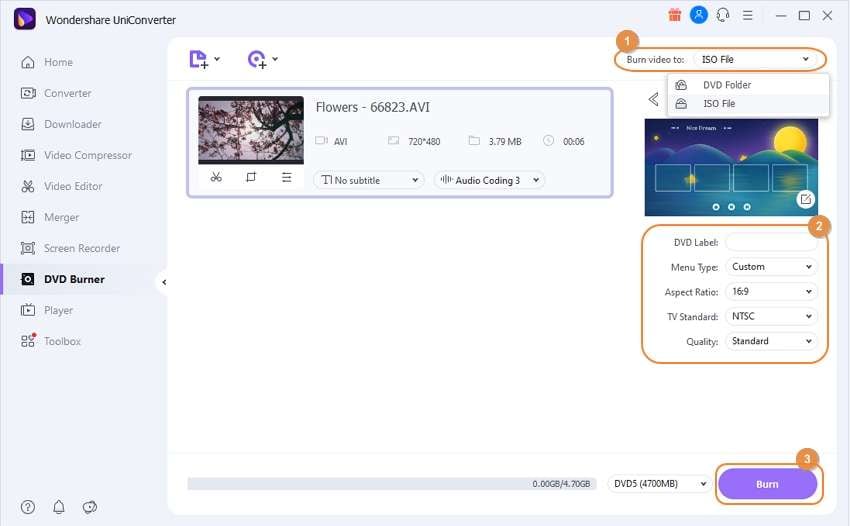