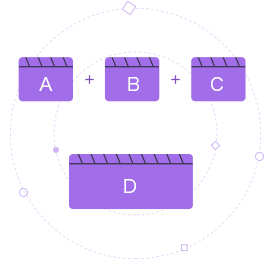 The need for merging videos arises in several situations, like when you want to create some customized video, tutorials, and others. Combine your videos on Windows systems, different programs and tools can be used depending on your requirements. Discussed below are the solutions about how to merge videos in Windows 10/8/7.

Part 1. How to Merge Videos in Windows Media Player

Developed by Microsoft for Windows-based devices, Windows Media Player is a media player and library application that, in addition to video playback in an array of devices supports several other features as well. The program works as an all-rounder video editing app and supports video merging as well. Windows Media video clip joiner program works with Windows Media Player to combine the files. Using the app, your videos in an array of formats can be combined together is a simple and quick manner. The users without any video editing experience can also use the program with ease.

Step 3: At the joiner program, give the desired name to the merged video at the Name tab. Next, hit on the Combine button, and the app will merge all the added video and save it to the hard drive of the system. After the file is saved, quit the joiner program.

Part 2. How to Use Built-in Photos App as Free Video Joiner in Windows 10

To merge videos Windows 10, the built-in Photos app works as a great tool. The app allows merging several videos without affecting the original files as the combined video is saved as a new file. Multiple videos and photo editing features are supported by the app.

Step 1: On your Windows system, open the Photos app and hit on the Create button next to the search box.

Step 2: Choose the Video Project in the menu and then browse and select the videos to be merged.

Step 3: Next, give a name to the project and hit on the Create Video.

Step 4: The app will now move to the video editor mode using which you trim the files if needed. Hit on the finish button. 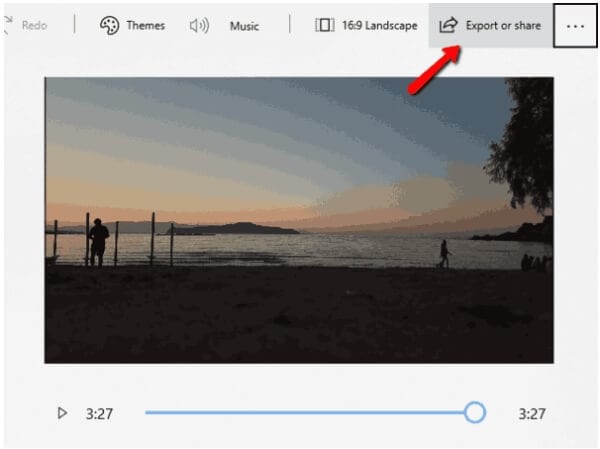 If you are looking for the best video merger software for Windows 10, we suggest Wondershare UniConverter. This desktop-based software works seamlessly on your Windows 10/8/7 and other OS, including Mac, and supports a wide range of editing functions, including video merging. The tool allows combining videos in an array of formats like MP4, MOV, M4V, WebM, and others in lossless quality. The added files can be trimmed, cut, and cropped using the built-in editor. The option to choose the output file format and resolution is also available. The software also facilitates transferring the merged file to iOS, Android, and a host of other devices.

Steps on how to combine videos on Windows using Wondershare UniConverter

Launch the installed software on your Windows system. On the main menu, click on the

from the Converter tab to browse and import the videos to be merged. Multiple files in different formats can be added. You can even drag and drop the files to the interface. To edit the files, use the icons under the thumbnail image. 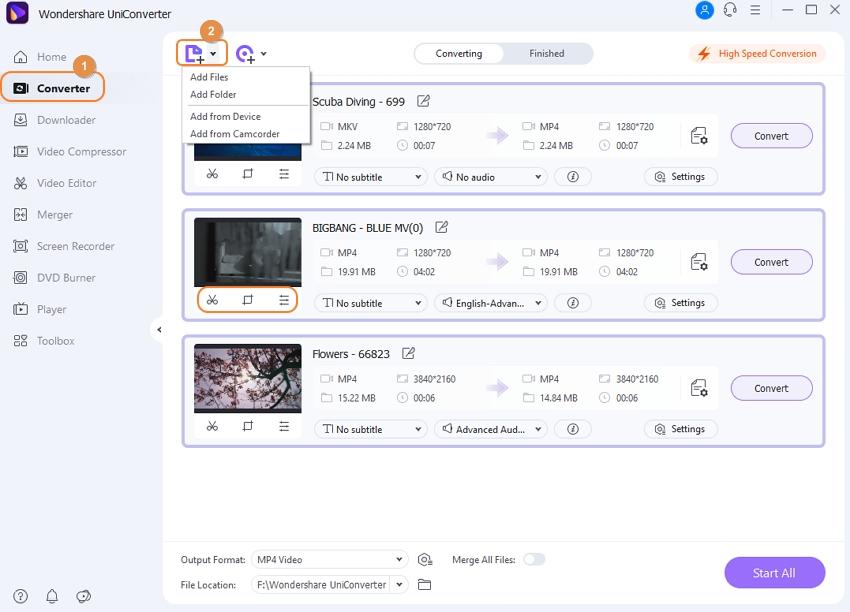 On the top-right corner, expand the Output Format tab, and from the Video tab, choose the format in which you want to save the combined file. Also, select the file resolution. 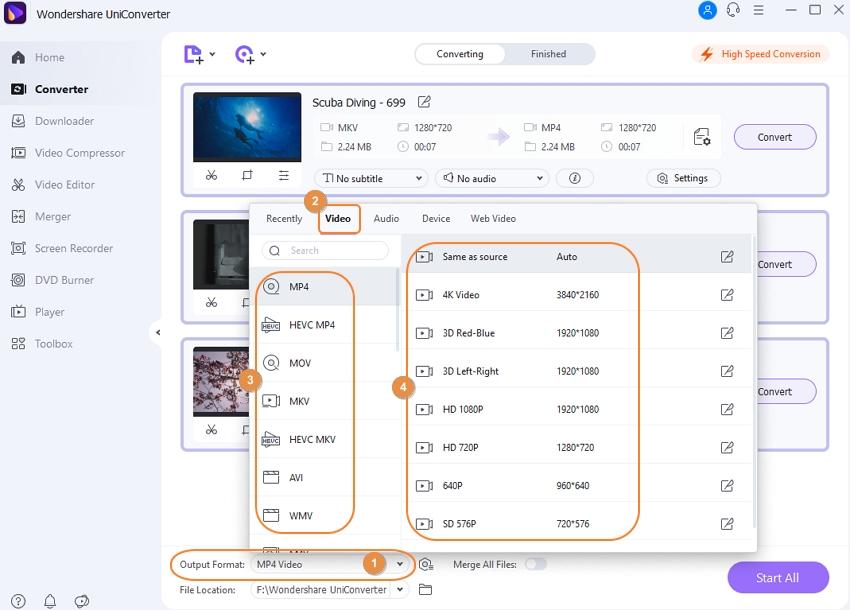 Enable the video merging option by moving the slider at the Merge All Files button at the bottom of the interface. The desktop location to save the merged file can be select at the File Location tab. Finally, hit on the Start All button to start with file merging. The Finished tab can be used to check and manage the merged file at the software interface. 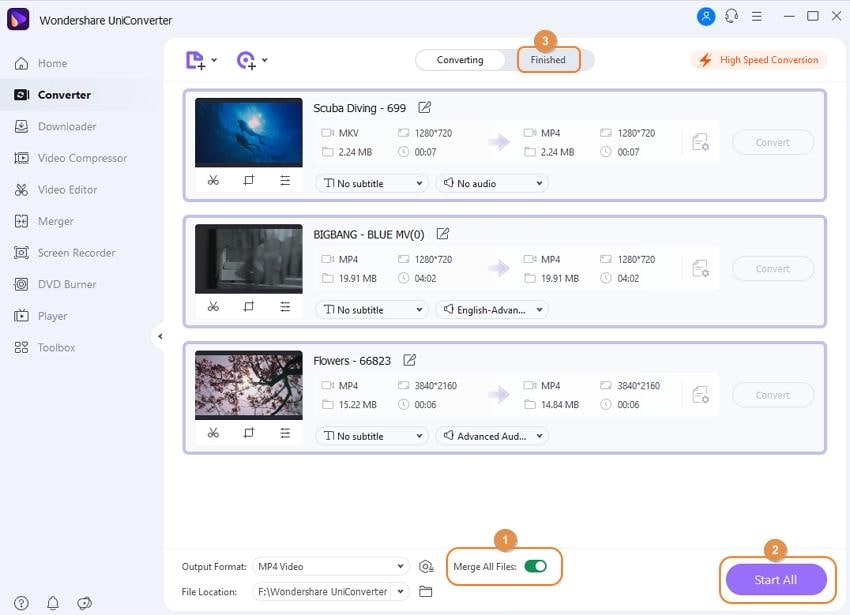