For any gaming enthusiasts, owning an Xbox or PlayStation is a big deal but getting one isn’t enough. Knowing all the functions, features, and the extent to which one can use them is inevitably important. This is the reason searches are filled with questions like, can Xbox 360 play Blu-ray videos, or does it have Blu-ray support or not.

Sometimes people also search for alternatives or free sources to fulfill their needs in a particular area, in this case, is the Blu-ray video player. The console still holds a lot of worth as it supports various games, online features. In short, it has a lot of entertainment in it. However, why the console lacks the ability to support them, or how can Xbox 360 play Blu-ray movies. If you have all this in your mind, then this article is all you need to read and find out the detailed answers to questions that are hindering your Xbox 360 experience.

Well, unlike the PlayStation 3, the Xbox 360 does not actually have built-in support for Blu-ray videos. When you enter a Blu-ray DVD in the Xbox 360, the screen will display a very disappointing message of open tray only and nothing more.

This is because the Xbox 360 was made before the development of Blu-ray. Microsoft chooses to sell a DVD drive in the console and sell optional HD-Drive for the original version of the console. However, the competitor PlayStation supports the Blu-ray. So, Microsoft tried to counter its competition with the HD-drive as it was less expensive than the Blu-ray and was also considered the next major hit in the gaming world domain. Unexpectedly or maybe expectedly, it lost its battle against Blu-ray on quality and speed and failed to rule the gaming consoles and gamers' life as the best support to the games. Microsoft covertly accepted the HD-Drive to Blu-ray defeat and has added the Blu-ray support to the Xbox One, making its user capable of streaming Blu-ray movies directly from the console.

Like every poison has its antidote, the problem of Xbox 360 not supporting the Blu-ray DVD has its solutions as well. No, we are not talking about changing the console or switching to PlayStation. The solution is an all-in-one toolbox named Wondershare UniConverter. Wondershare UniConverter is the lifesaver that can convert DVD movies in any format. If you want to save some nice videos or movies from DVD to your smartphones, the UniConverter has got you covered. This is not the end of how much it can be helpful. It can convert DVD into any format means you can convert the Blu-ray videos to make them fit to be played on your Xbox 360. Sounds easy and helpful right? There is no need to ask questions like does Xbox 360 plays DVDs or Blu-ray anymore.

When the DVD disc files are imported and loaded into the interface, you need to choose the output format of this conversion. Click on the dropdown menu beside “Output Format” and go to “Device,” then “Games,” and select “Xbox one” or “Xbox 360” option as needed. 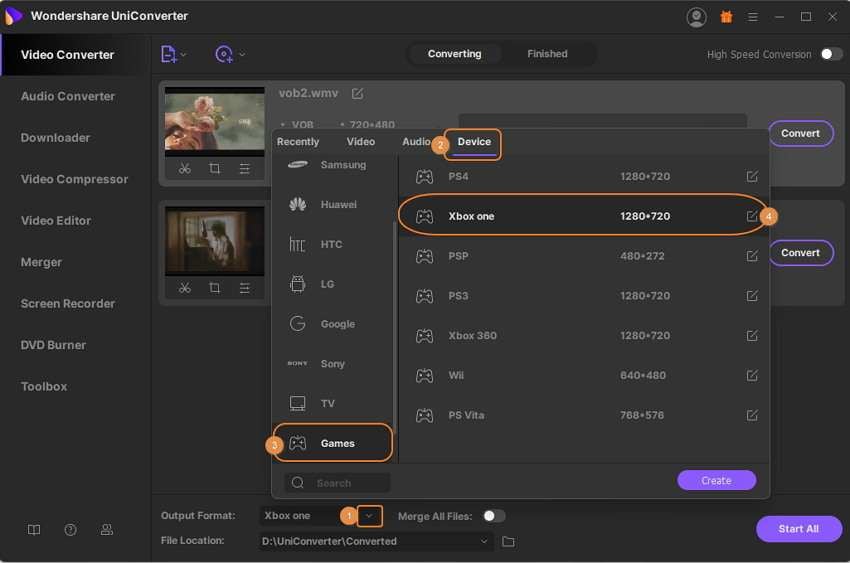 Step 3 Convert Files to Xbox One 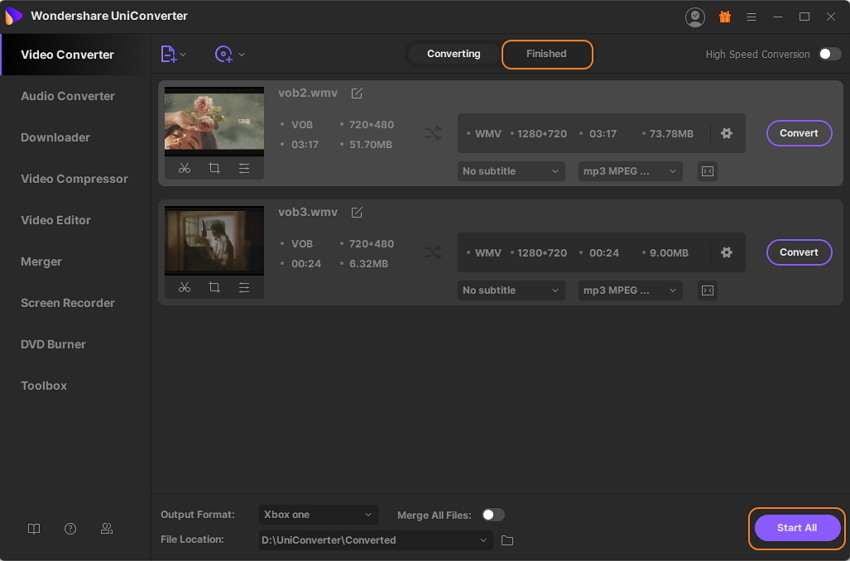 Part 3: Explore more: 3 Free Blu-ray players for PC You May Want to Know

The Blu-ray compatibility makes a device expensive as they are costly. But suppose one cannot have such a fancy and heavy device. In that case, that does not mean you cannot enjoy the Blu-ray movies or videos because there are multiple shortcuts and options available that enable you to enjoy the Blu-ray movies on your simple PC. The most common, accessible, and easy option is using external software or players. These players allow you to play Blu-ray videos or movies with their external support on a device that is not compatible to play them.

Here are the three most efficient Blu-ray players available for free on the internet to add your knowledge about getting rid of the questions like – “Does the Xbox 360 play Blu-ray movies?”

VLC Media Player is one of the most efficient, completely free Blu-ray media players available out there, as per our research. The most attractive aspect is that it plays almost all multimedia files (MPEG-2, WebM, WMV, MPEG-4, MP3, , MKV) along with DVDs, CDs, and VCDs. Increasing its usefulness further, it works on all platforms as well, including Linux, windows, android, Unix, etc. all you need to do is download the version supporting your platform. 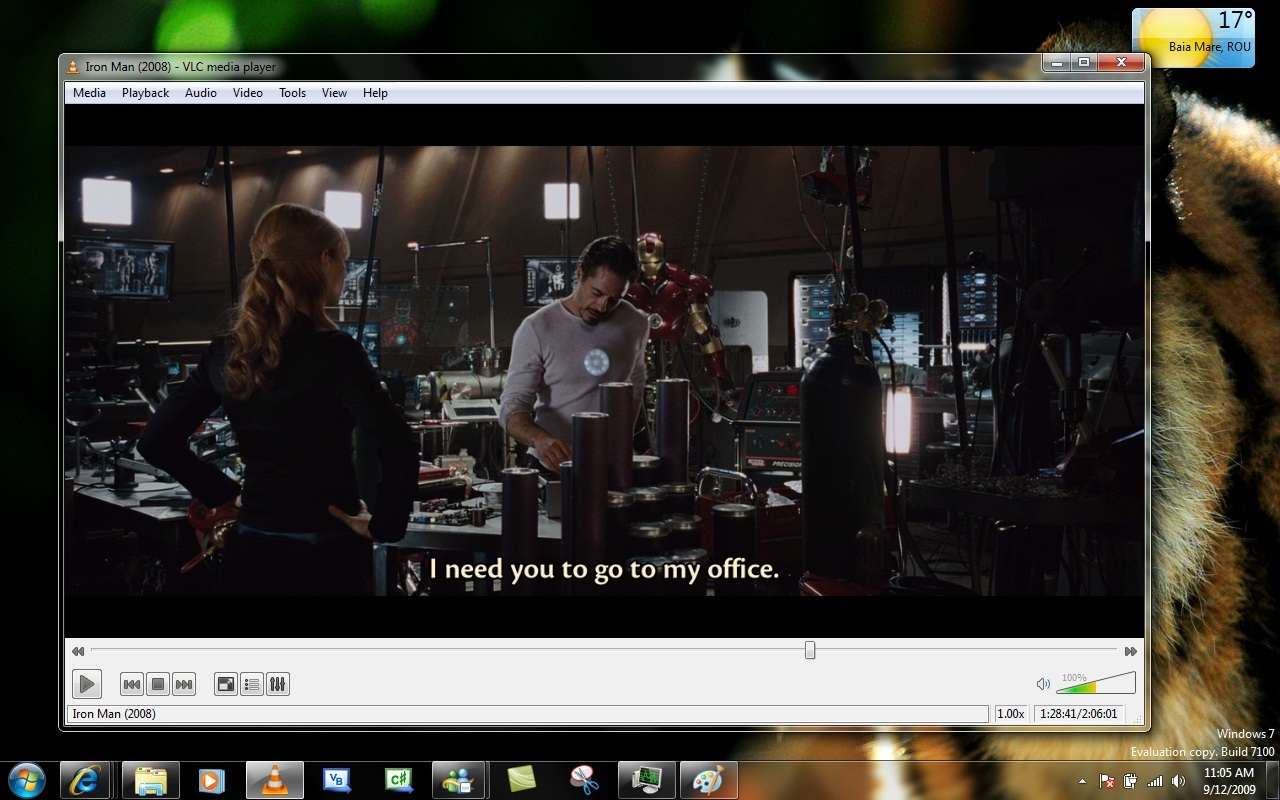 The second one to catch our eye is Blu-ray Master Free Blu-ray Player. It is also available for free and has a good quality user-friendly interface. The display quality and image resolutions are also optimized and up to the mark. It also supports almost all the multimedia and Blu-ray video versions and supports most of the platforms. 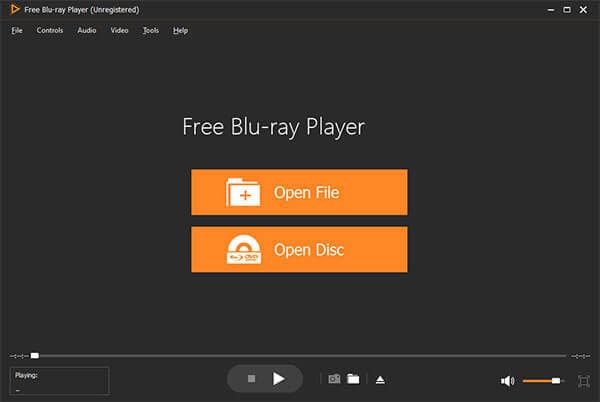 VSO media player is another efficient, user-friendly Blu-ray player available for free to enable the users to view the Blu-ray videos or movies on their PC. It has a drag and drops support make it seriously easy to use. One can make their own playlists in it as well. It offers a high-quality display and distortion-free voice as well. It is the best for multilingual viewers as it supports English, Arabic, French, Spanish, Polish, Portuguese, Greek, Russian, and Norwegian languages. It also has multicore support for smooth background audio. 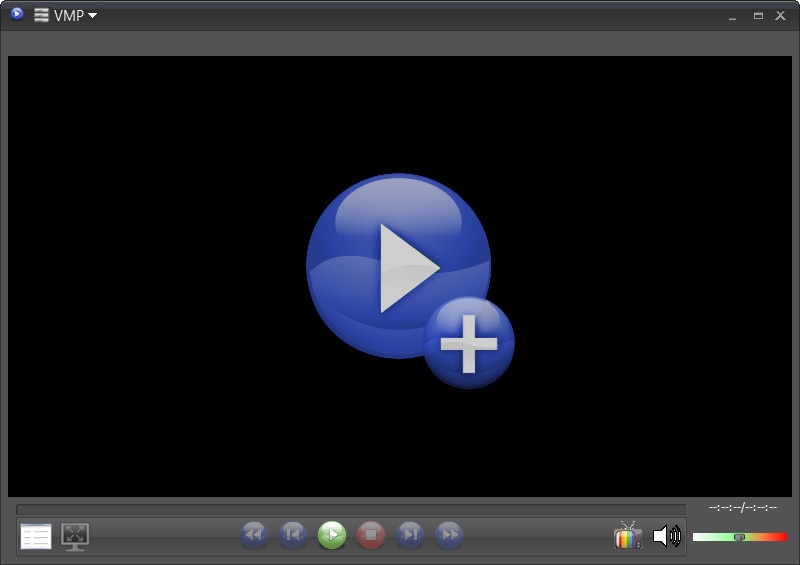 The Blu-ray movies and videos are high quality, and to find the built-in support to play them on a device means you have to spend some extra amount. In other words, expensive, high-profile devices like PlayStation supports the Blu-ray by default, but the Microsoft device made before the Blu-ray does not support it, such as Xbox 360. However, the Xbox is still worthy and useful. Just because it does not support Blu-ray, you cannot discard or cancel them. Therefore, using the available converters to convert the versions of files like Wondershare UniConverter and the free Blu-ray external players like VLC Media Player, VSO Media Player, Blu-ray Master Free Blu-ray Player have got all the users covered. These tools provide them the ease with their supported formats and interfaces while enabling them to enjoy the Blu-ray movies or videos on Xbox 360, their PC, or any other device.