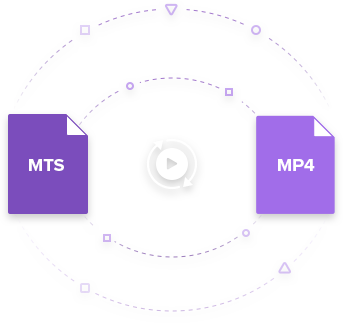 MTS to MP4: How to Convert MTS/M2TS to MP4 on Mac (Catalina Included)

In simple terms, MTS/M2TS is an HD video file format that is produced by HD camcorders. The file format is mainly used for storing HD videos on Blu-ray discs and AVCHD (Advanced Video Codec High Definition). Though camcorders from Sony, Panasonic, and others come loaded with software that allows viewing videos from the device to PC, if you wish to enjoy or edit your video clips on Mac or other devices, you need to convert MTS/M2TS files to a popular and compatible format like MP4. So if you are looking for ways on how to convert MTS to MP4 on Mac, you are on the right page. Read below to know in detail.

The need to convert MTS/M2TS to MP4 arises due to many reasons. First and foremost, MTS is an HD video format that is not compatible with playing over different media players and portable devices. So if you wish to play or share your recorded videos clips over an array of devices, you need to convert them to MP4, which is recognized by virtually all OS as well as players. Besides, MTS/M2TS files have high resolution, and thus they are large in size. So if you wish to clear some space on your Mac or device without compromising on video quality, converting MTS to MP4 is a great option. Thus if you convert M2TS to MP4 on Mac, you not only make your file compatible with different devices but also save space on your Mac.

Part 2. [Recommend] How to convert MTS/M2TS to MP4 on Mac easily.

Using professional feature-packed software to tell you how to convert MTS/M2TS to MP4 on Mac. Wondershare UniConverter (originally Wondershare Video Converter Ultimate) will take care of this task in the most efficient manner. The software is easy-to-use, fast, and allows converting MTS to MP4 in addition to other formats with just a click. Wondershare UniConverter for Mac is a complete conversion tool that supports more than 150 popular formats. Using the program, you can convert multiple files at a time at 30 times faster speed than other software.

In addition to conversion, this MTS to MP4 converter also works as a great video downloader and recorder as it allows downloading videos from more than 10,000 sites, including popular names like YouTube, Vimeo, DailyMotion, and others. The software allows editing and personalizing your files with features like cropping, merging, trimming, adding watermarks, and others. Burning, creating, editing, and converting DVDs is also made possible using the software.

Download, install and then launch the converter on your Mac. Drag and drop the desired MTS file to the software interface. Alternatively, you can also click the

tab to add the files from your Mac system.

At the top-right corner, click the inverted triangle to enter the Format panel, select MP4, and the related resolution under the Video category as the output format.

Finally, click Convert All button to start the conversion process. Before that, the location on your Mac where you wish to save the converted file can also be selected at the bottom of the main interface. 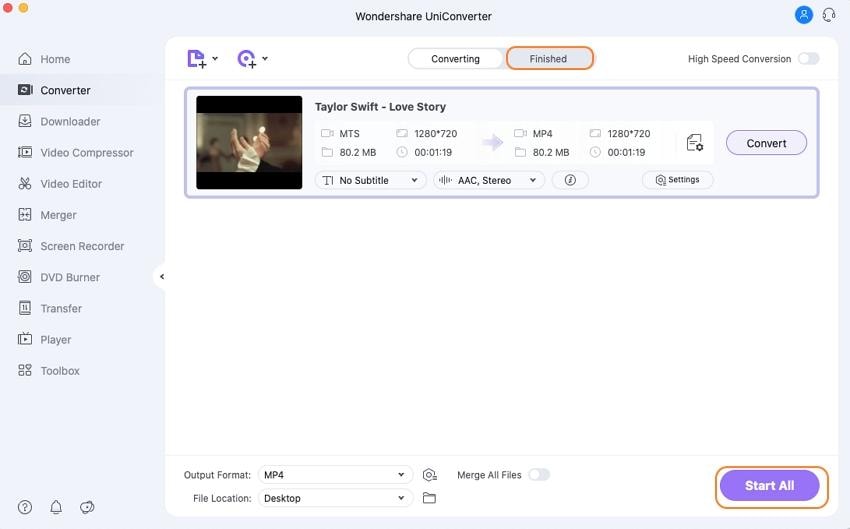 The selected MTS file will be successfully converted to MP4 with the above steps.

Desktop software is definitely the best way for converting MTS files to MP4 format, but to enjoy complete features of the software, you need to pay for them. So if you are a little tight on budget and looking for a free alternative, then do not worry as there are many tools to your rescue. There are a few desktop software and a number of online converters that allow converting MTS to MP4 on Mac for free. One such decent online converter is Convertio which is a free MTS to MP4 converter for Mac. The program is free to use and is available for Windows and Mac systems. All popular video, audio, documents, images, and archive formats are supported by the converter. The converter allows adding files from multiple sources including local files, Dropbox, Google Drive, and URL. Once converted, the files can be either downloaded from the program or can also be saved directly to Google Drive or Dropbox. 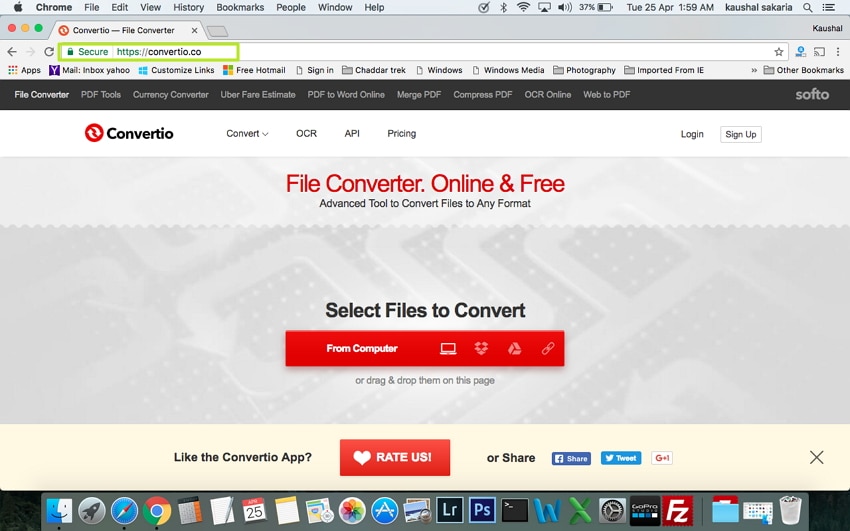 Step 2: Click Select File to Convert to add MTS file from your computer or other sources to the interface. 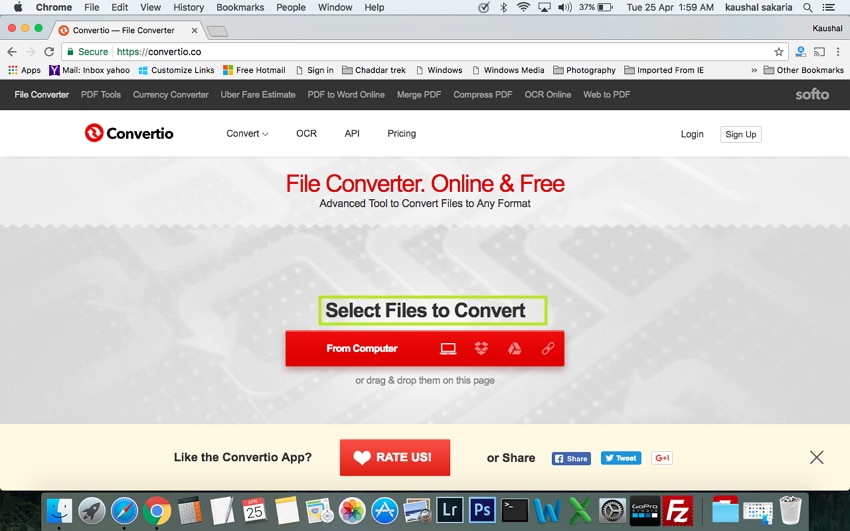 Step 3: Once the MTS file is added to the converter interface, select MP4 as the output format from the Video category. 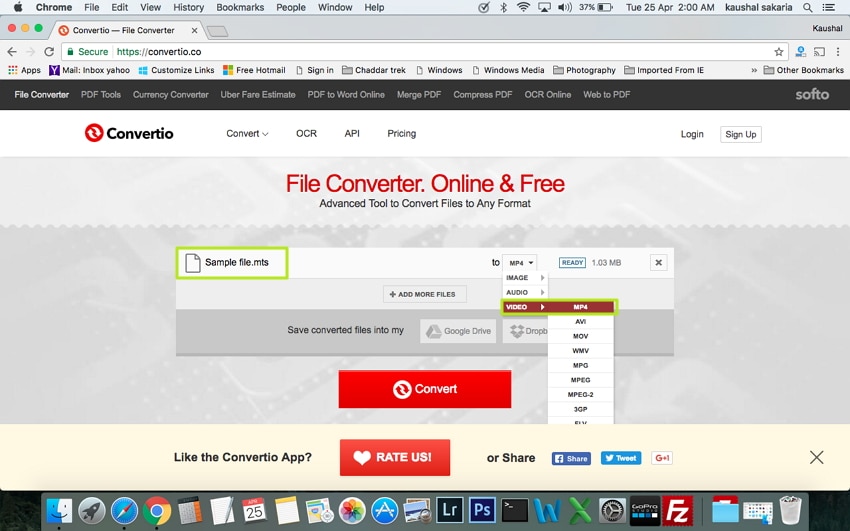 Step 4: Click Convert to start the process. Once the MTS file is converted to MP4, its download link will be made available. 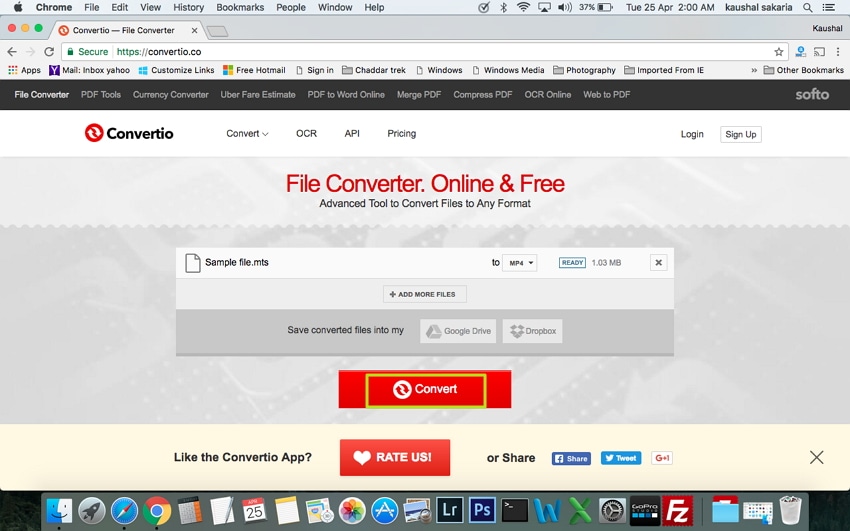 Part 4. Comparison between two M2TS to MP4 converters for Mac.

The above given are 2 feasible solutions for taking care of your MTS to MP4 conversion needs. Where on one hand, Wondershare UniConverter for Mac is desktop software that is fast, reliable and packed with features, Convertio, on the other hand, is an online tool that is free to use with decent speed. So if you are still not sure which method to use, given below is a comparison table. Based on the table, you can assess your needs and requirements and select the best suitable option.

So just free download and install Wondershare UniConverter on your Mac, and follow the easy steps in Part 1 to convert M2TS to MP4 on Mac, then enjoy them watching on all portable players and devices without any playback trouble.