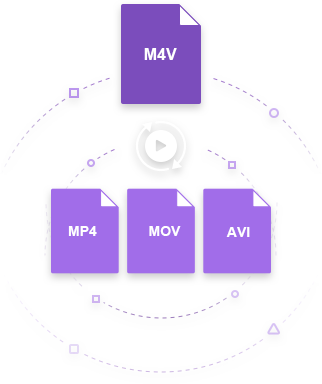 You may also feel confused about this question. The built-in player of the Android devices does not support playing the M4V videos. So to play these files on your devices, you can either convert them to a compatible format or download a third-party player that supports playing the M4V format. To help you with your queries on how do I play M4V files on Android, listed below are the top 5 M4V players for Android and the best converter to convert M4V to Android easily.

A straightway solution to play your M4V videos on an Android device is to convert the file to a compatible format like MP4. To facilitate the conversion in lossless quality and without any compatible issues, we recommend Wondershare UniConverter. The software is capable of converting iTunes M4V videos to Android and other formats as desired. Without any technical expertise, you can convert M4V videos to Android phones specific format and also transfer them to the desired device for seamless playback. Option for video editing, if required, is also there.

Download, install and launch Wondershare UniConverter on your Windows/Mac system. Drag and drop the desired M4V videos to the program interface on the Video Converter section. You can also click on the +Add Files icon to browse and load the files. With batch processing support, multiple videos or an entire folder can also be added. 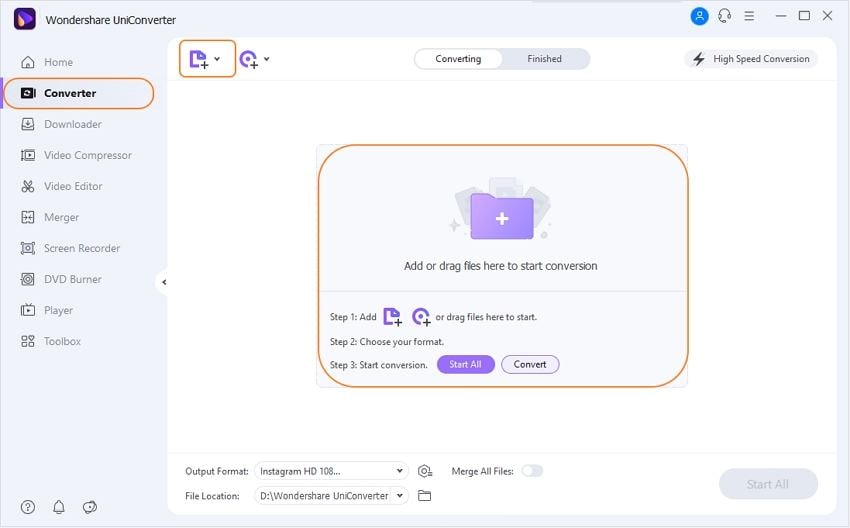 Open the drop-down options at the Setting section. From the pop-up window, click on the Device tab and then choose the Android option that will show the supported Android formats. 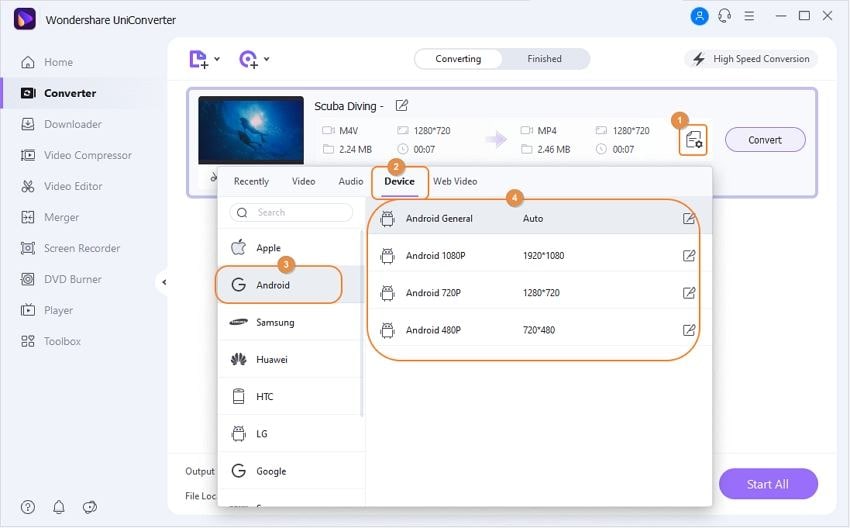 Click on the Convert button, you will start processing the added files and will convert them to the chosen Android format. 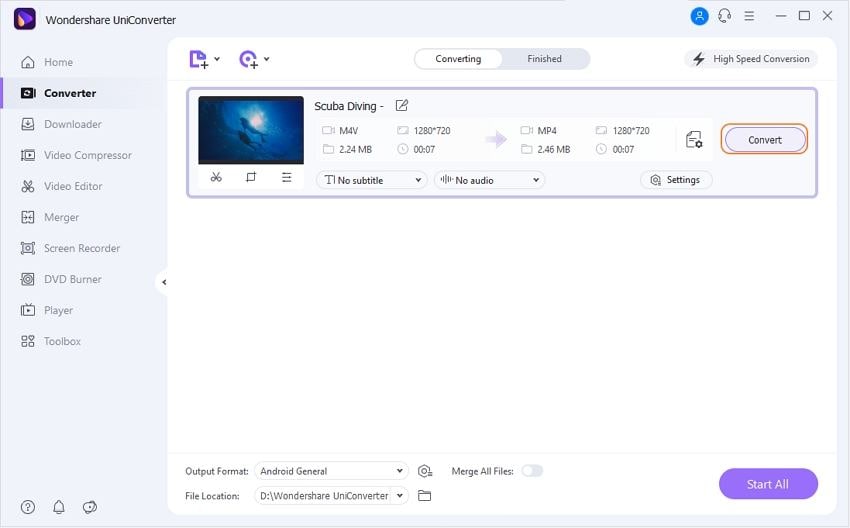 Part 2. Other 5 M4V Players for Android

A number of third-party Android M4V video players are available that can be installed on your device to facilitate playing M4V files without any conversion. Listed below are the popular Android M4V players for your reference.

VLC is a popularly used free and open-source multimedia player that is compatible with all platforms and devices. The player, once installed on your Android device, allows playing multimedia files in all formats, including M4V without any issues. The files on discs and networking streaming protocols can also be played with the player. The player supports multi-track audio along with subtitles. In addition to a video player, VLC also works as a complete audio player with options for an equalizer, database, and all format support. The player is safe to download and install and comes without any ads or in-app purchases. Additional features include a widget for audio control, auto-rotation, option to adjust the aspect ratio, volume control gesture, and others. 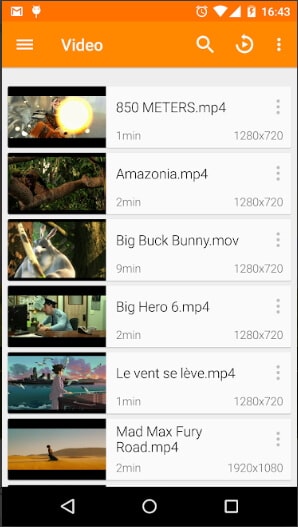 This is another popular Android-based player that supports playback of videos in an array of formats including M4V, 3GP, MP4, FLV, and others. All Android devices and versions are supported by the player, and it comes with a simple and user-friendly interface. The player is capable of playing high-quality files (1080p) and also facilitates video conversion from M4V to MP4. 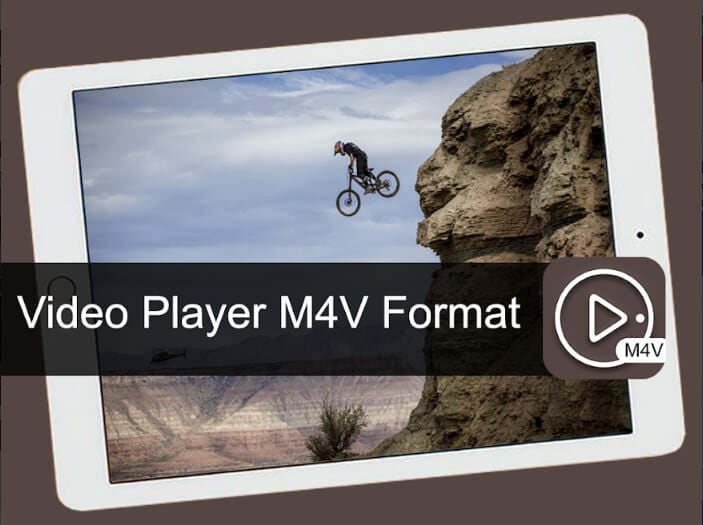 This is a free-to-use player that is compatible with Android devices and facilitates video playback in an array of formats including M4V, 3GP, MOV, MPG, FLV, AVI, and many others. HD quality videos can be played with the player in a simple and hassle-free manner. The player comes with a feature where multiple files can be played one after the other. A volume control option for the player is also available. 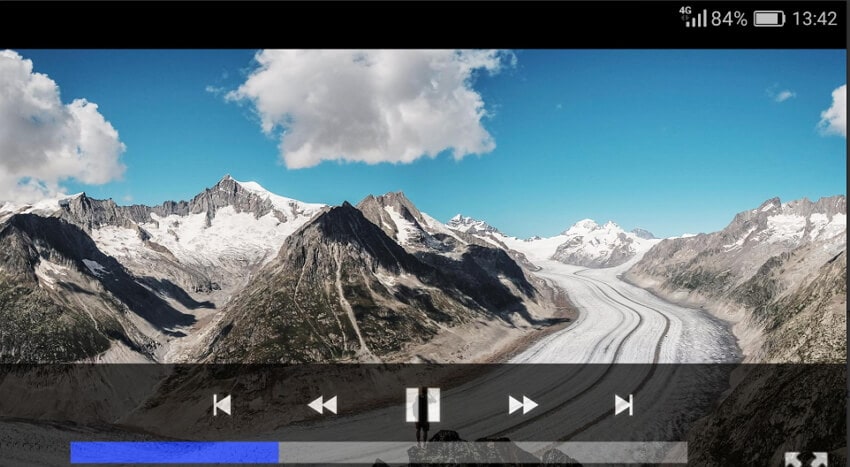 With 4.5 ratings, this is a popular player app that works on all the latest versions of the Android devices. Developed by J2 Interactive, the player supports all major formats. The latest HW+ decoder enables to apply the hardware acceleration. This is also the first Android player that comes with multi-core decoding that enhances the performance by 70%. Additional player features include pinch to zoom and pan, subtitle gestures, kids locking and others. 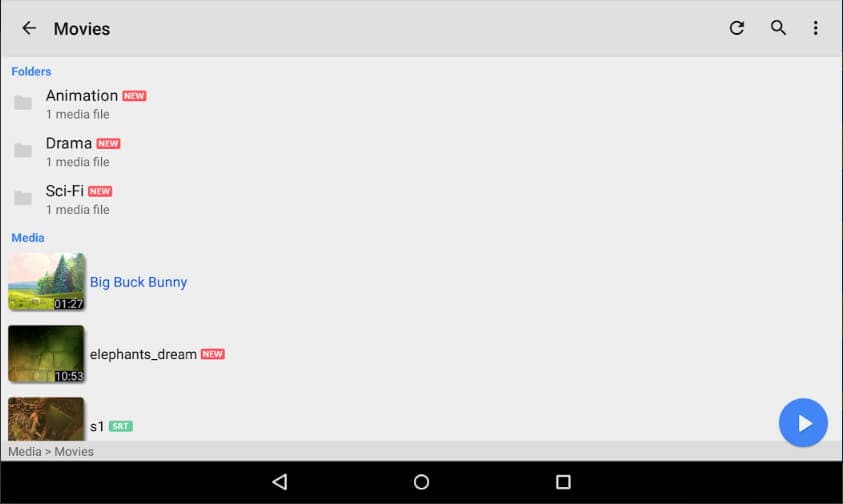 To play M4V on Android tablets and other devices, this is a good player to install. With Android 6.0 compatibility, the player supports video playback in all popular formats including M4V. The player comes with multiple audio streams and subtitles and also supports multiple playback modes. There is also an option to get the subtitles automatically. With the acceleration of hardware, the speed of the player is increased, and the battery consumption is also less. Additional features include playback of media files directly from the WiFi network, playback from uncompressed RAR files, locking of the screen USB-OTG support and others. 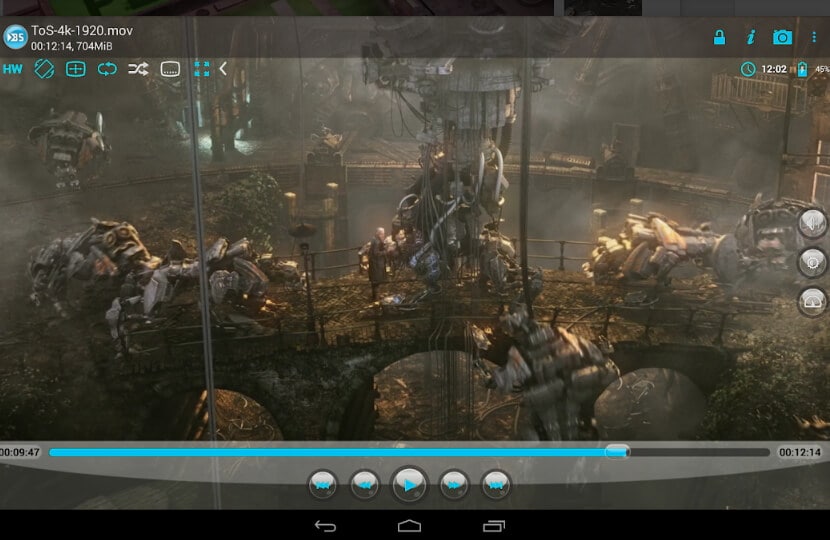 So, if you are looking for options on how to play m4v files on Android, download one of the above-listed players on your device.