Home > Movie Users>MP4 to MPG: How to Convert MP4 to MPG with Zero Quality Loss

MP4 to MPG: How to Convert MP4 to MPG with Zero Quality Loss

MPG is one of the old file format use for video data. MPG is a number of file extensions for MPEG-1 or MPEG-2 audio and video compression. MPEG-1 Part 2 video is rare nowadays, and this extension typically refers to an MPG or MPEG program stream. The only reason a file is ever given the "mpg" extension is that older file systems and operating systems are restricted to 8.3 file names- that is, 8 letters, a period, and a three-letter extension... In this case, MPG mostly uses file converted from VHS tape or VCD players.

On the other hand, MP4 is the latest and widely used video format around the world. MP4 uses MPEG-4 compression, which is the advanced/updated form of the MPEG-1 compression technique.

If you have an old VCD player and you want to play your video on that or any other device which only supports the MPG file, then you have to convert your MP4 video to MPG format.

Mostly video converter only supports advance and recently fashion format, but there is an amazing video converter called “ Wondershare UniConverter (originally Wondershare Video Converter Ultimate).” Through this software, you can convert almost any multimedia format to any format without backward restriction.

Here is a list of features that make Wondershare UniConverter (originally Wondershare Video Converter Ultimate) a favorite amongst all users and professionals:

Wondershare UniConverter (originally Wondershare Video Converter Ultimate)’s GUI (Graphical User Interface) itself is user friendly. You don't require IT expertise for that. With basic knowledge, you can convert videos from MP4 to MPG by yourself.

Through this article, we further assist you about MP4 to MPG conversion with step by step procedure including screenshots as below. We make the Windows version, for example, the Mac version is much similar to the following steps. 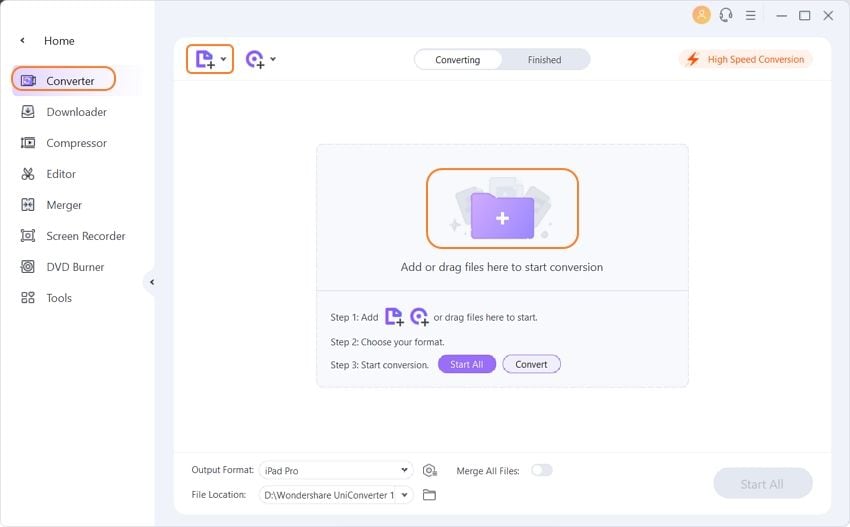 Step 2 Select MPG as your output video format for the MP4 to MP4 conversion.

Click the drop-down icon beside Output Format, select MPG, and the related resolution as the output format from the Video category. Please note you can optionally customize the output format by clicking Create to set frame rate, bitrate, encoder, etc. 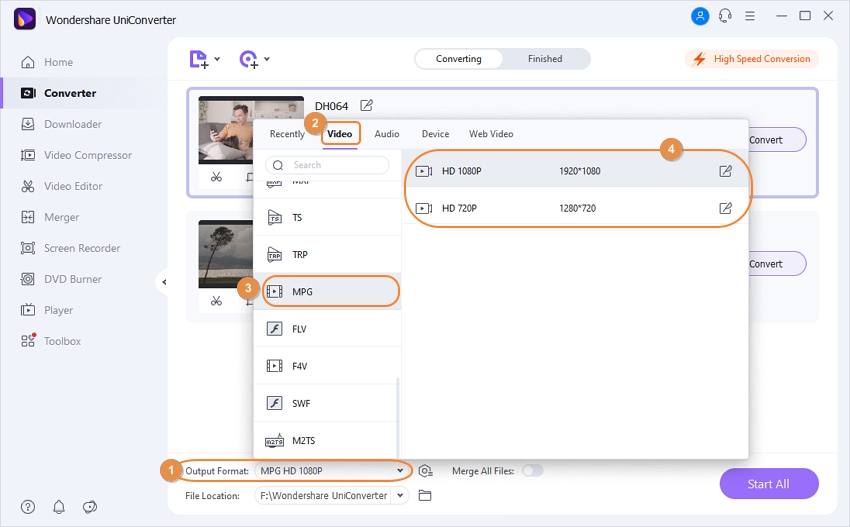 Finally, tap the Start All button to start the MP4 to MPG conversion. Your MP4 files will be successfully converted to MPG. After the conversion, you can click the File Location icon to find the converted files. 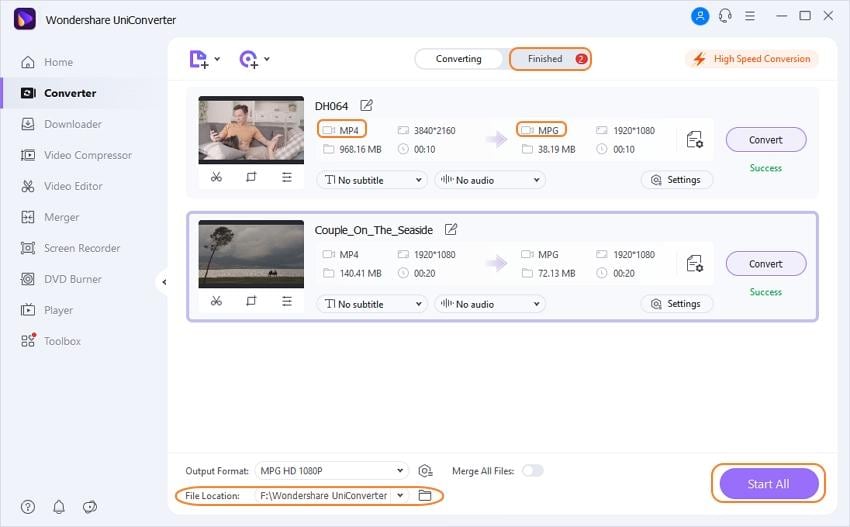