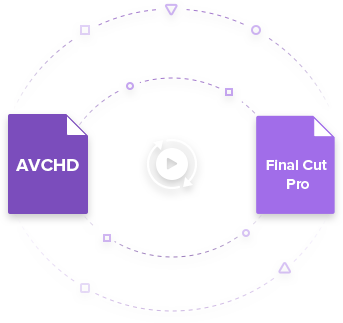 How to Import AVCHD to Final Cut Pro X on Mac

Final Cut Pro is an easy-to-use video editor for Mac, you can create videos with many editing functions such as cutting, merging, adding subtitles, applying effects, and more others. However, not all video formats can be imported to Final Cut Pro due to the format compatibility. For example, you can't import AVCHD files to Final Cut Pro smoothly, then you'll need a professional video converter to help you convert AVCHD to Final Cut Pro compatible formats on Windows/Mac.

The best AVCHD converter for Windows/Mac is Wondershare UniConverter, which support 1000+ video formats as input and output, also the customized presets for Final Cut Pro, iMovie, and external devices. You can easily convert AVCHD videos to MOV, MP4, or other Final Cut Pro supported formats to import without any trouble. This software also allows you edit videos with trimming, cutting, merging, adding subtitles, and more others. Learn more features about it and the steps to convert AVCHD files to Final Cut Pro by reading following parts.

Click on the +Add Files button on the interface after you have launch the program. You can also drag and drop the files directly to the interface, or choose Add from Camcorder by connecting the camcorder to your computer via a USB cable. 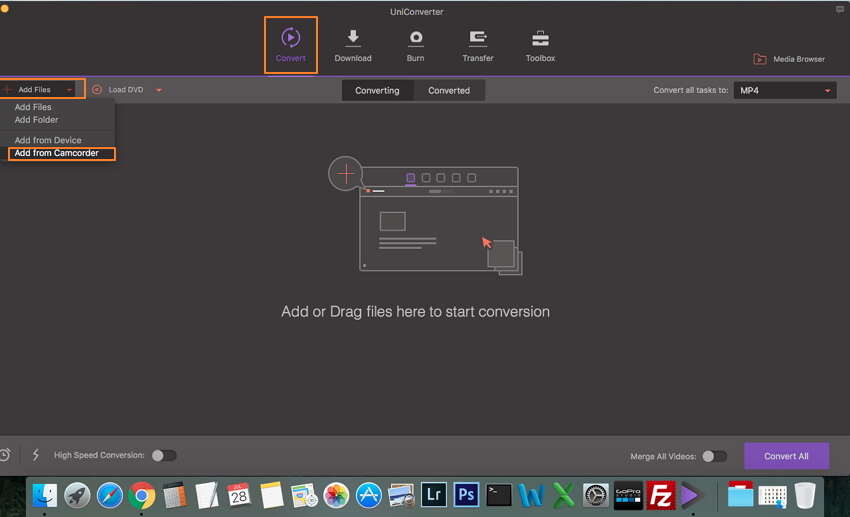 Select the output format from the Convert all tasks to: drop-down list, and you can find the Final Cut Pro under the Editing tab. Choose the resolution you need or make more customization by clicking on the Edit icon. 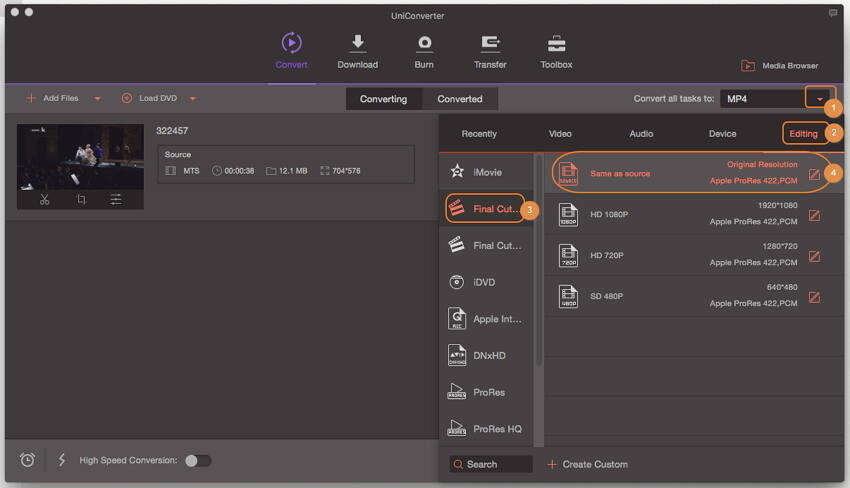 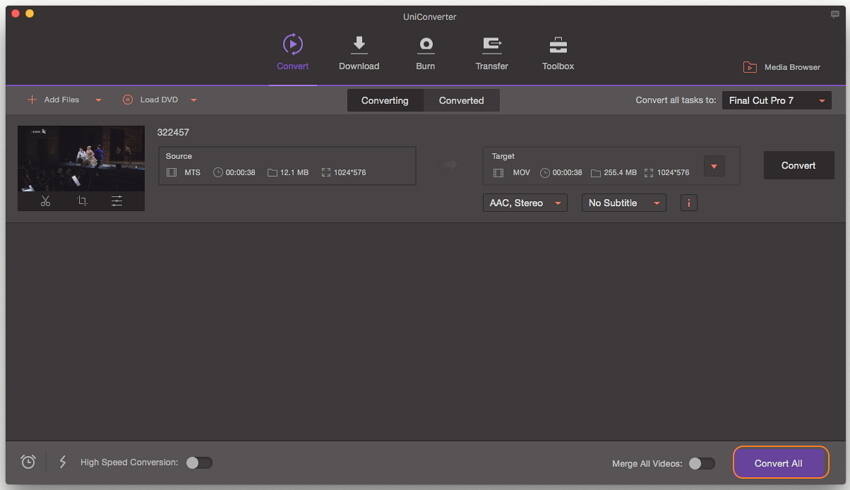 Wondershare UniConverter also provides basic video editing features, if you want to learn more about it, you can go to How to Edit Videos Easily on Mac >> to learn more.

1. Answer to the Subjected Question

It is to e noted that the program that is to be used in this regard is the FCPX that could convert the AVCHD video or any related piece of the information that has been stored on the hard drive. The data is firstly to be copied and the user should make sure that the FCPX import window is then used which would highlight the data that is to be imported to the program. There are certain options that are not available in the FCPX once the import window has been opened and one such option is that the user cannot uncheck the option copy media to events folders and it is due to the issue that the program reads the achieve as if it was a card. If the option is made available then it means that the footage will be duplicated and the content would be converted dually which would increase the pressure on the system. It is also to be noted that the user should make sure that the footage that has been imported to the FCPX looks as in the figure below. Here lies another quality of the FCPX and it is that the footages that have been added to the interface remain or are arranged chronically and for the same reason it is to be noted that the user should make sure that the order of the clips is checked before they are imported to the interface to avoid any issue. 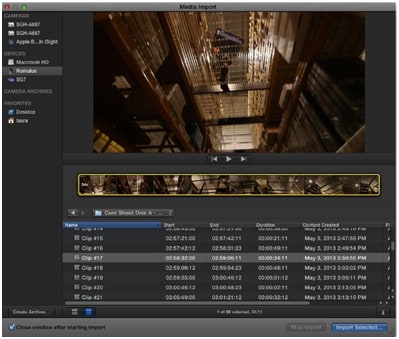 2. Importing vs. Transcoding (or Rewrapping)