The Matrix Film Review: How Scifi Can Change our Thinking

The Matrix represents so much to so many people, and its legacy as one of the best and most influential modern sci-fi action films has been firmly secured. A pioneer of both modern techno-philosophy, kinetic action sequences, and gritty cyberculture aesthetic, the Matrix takes place in a powerful and compelling alternate reality where the very structures of reality are questioned.

At its core, The Matrix is a finely crafted, surreal but also very real shooter sci-fi action film made by The Wachowskis, and though they had success with both Assassins and Bound, The Matrix would prove to be an irresistible global sensation and the start of one of the world’s most famous trilogies. Indeed, whilst the Matrix Trilogy evolved in complexity and FX, many would say The Matrix is the true heart of the trilogy and the best film of the series by some margin. 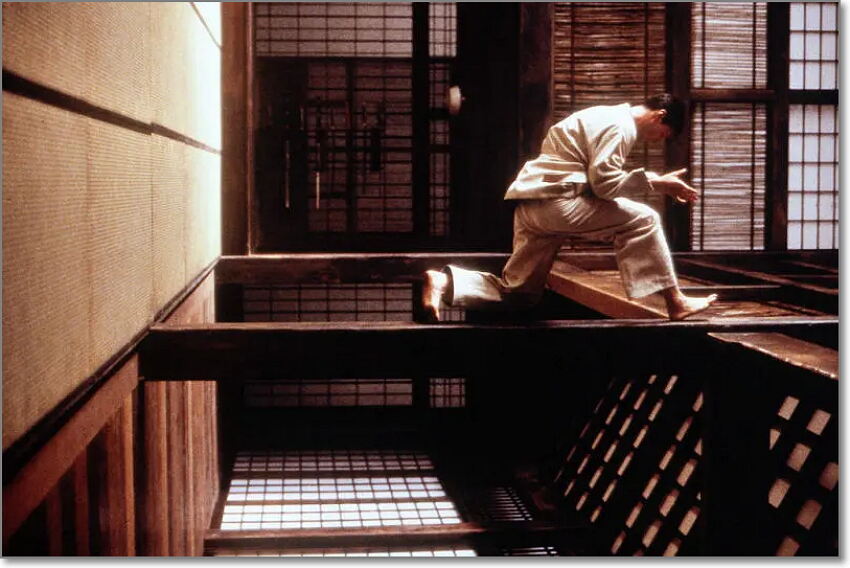 The Matrix begins its storytelling with the character Neo, also known as Thomas Anderson (Keanu Reeves). Here, The Matrix makes its first hint of what it is to live a double life, one of its main fundamental themes. Neo is a hacker by night, but his day job is far more modest, a software engineer at a large US corporation.

Neo's sleepless nights spent hacking are not without their deep-seated motivations. He knows something isn’t right, that there’s something 'out there' waiting to be found.

His introduction to the true world that lies behind his computer screen begins with Trinity (Carrie-Ann Moss), who tries to contact him and tell him that Morpheus (Laurence Fishbourne) can provide the answers to his existential questions. The action sequences are quick to ignite, and Neo is confronted by Morpheus with the famous choice between two pills, one of the most memorable sequences in modern sci-fi cinema.

This is your last chance. After this, there is no turning back. You take the blue pill, the story ends. You wake up in your bed and believe whatever you want to. You take the red pill, you stay in Wonderland, and I show you how deep the rabbit hole goes. Remember, all I'm offering is the truth. Nothing more. 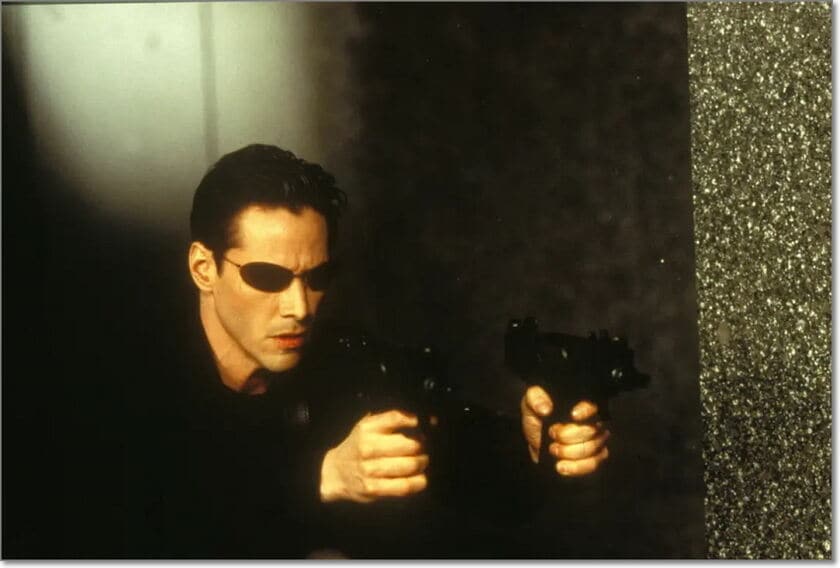 Neo’s destiny is set in motion, and The Matrix shifts its orientation away from Earth - which is just virtual reality - and into the real reality - a dark world where machines harvest humans for electrical energy. The former ‘real’ world - The Matrix - is merely a means of controlling humans to allow the machines to harvest them at will.

Neo’s life is flipped over in the most dramatic of ways, and as he mulls it over, we see his visceral expressions of confusion and grief for the ‘normal’ world he had known before.

However, as Morpheus stated, there is no turning back.

Neo and The One

The rest of the film mainly centers around Neo’s unique role in the world and his growing responsibility. It is revealed that he is held by some, Morpheus, especially, as The One, a human capable of ending the war with the machines and liberating humanity from their grip.

The Matrix pulls Neo from his humble yet torn life into something he has longed to see, but not without pain. This is a man that seeks answers but is yet unable to embrace them fully. It is a test of faith, of willpower, of existence.

The Matrix has become such an influential film as it asks the fundamental question, what if we are just living a lie? The question is enduring, and it really penetrates the audience over the course of the trilogy. Now we’re over two decades on from The Matrix, and this question is still as pertinent as it ever was. Indeed, futurist thinkers such as Elon Musk still propose the question; there is a very real possibility that we really are living in a simulation. The Matrix is not at all composed of just ridiculous and impossible sci-fi ideas.

The beauty of The Matrix as a sci-fi film is that its premise is one unanswerable by science. It cannot easily be interrogated rationally. The same cannot be said for most sci-fi films, which are more easily undermined. It went on to influence various facets of pop culture, not just the blue pill, red pill scenario, but also the ‘glitch in the Matrix,’ the sensations of deja vu that we all feel throughout our life. 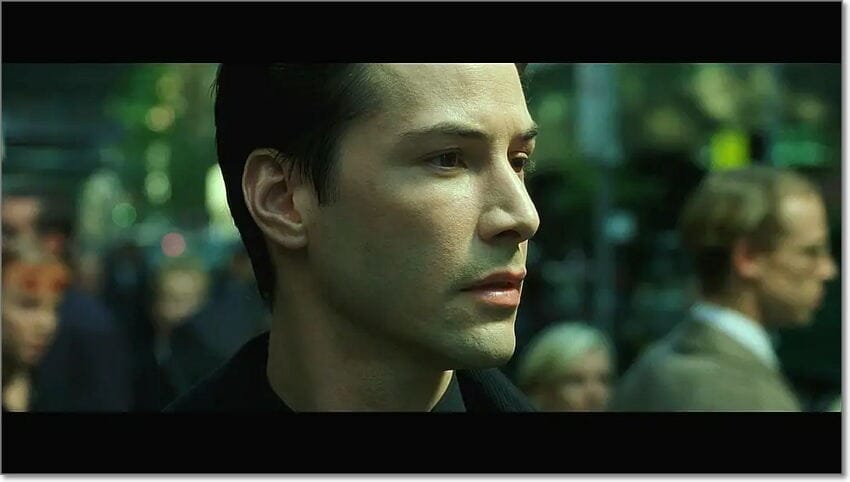 Aside from its impressive plot and core meaning, The Matrix also forged an incredibly unique visual action style. The machines are largely represented by agents, headed by the main antagonist Agent Smith (Hugo Weaving). They move with cybernetic precision and grace as to blur the lines between human and machine, and Weaving’s superb acting style secures Agent Smith’s status as one of the most interesting and captivating ‘bad guys’ around.

Topping off The Matrix’s fluid and stylish aesthetic is its action scenes, highly unique and extraordinary at the time and still world-class even now in our fully digital CGI era. Dark leather outfits and sunglasses combine with guns, martial arts, and awesome slow-motion shots to create a new fighting style characterized by supernatural abilities and cutting-edge technologies.

The Matrix will always retain its rather unique place in modern cinema. It is a true example of a film that came to influence life - and that is rare.