Why Watching Forrest Gump will Give You All the Life Advice

A big part of its success is that, at times when the world may be an uncertain place, or when you doubt yourself, Forrest Gump steps in there with a series of pieces of sound advice which will stand you in good stead for the rest of your life. 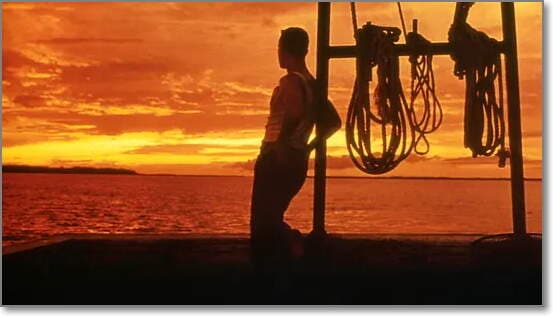 Though Forrest, played superbly by Tom Hanks, may have an IQ of just 75, his mother, portrayed equally brilliantly by Sally Field, never lets him think for one second that he is inferior or that he can’t achieve his dreams.

So, for those moments when you think everyone else has life all figured out, and you doubt yourself, take heed of Mrs. Gump’s words: “Don’t ever let anybody tell you they’re better than you.” If you’re feeling different and like you don’t fit in, then, as Mrs. Gump says: “What’s normal anyway?”

One thing is for sure. Forrest Gump is anything but "normal." It’s an extraordinary movie that draws on some of the most significant and tumultuous decades in American history. You gain a whistle-stop tour of the key moments from the 1950s through to early 1980s, through the childlike eyes of Forrest. His viewpoint gives a whole new perspective on conflict, racism, drugs, politics, love, and survival.

While Forrest Gump is around two-and-a-half hours long, it is beautifully shot and takes in so much. It’s hard to see how it would have worked without such epic proportions. In the movie, we see Forrest show Elvis Presley a few dance moves. He meets John F. Kennedy at The White House, starts a shrimping business, and serves in Vietnam, saving several lives in the process. He joins anti-war protests, is interviewed alongside John Lennon, becomes a ping-pong champion, and accidentally exposes the Watergate Scandal. 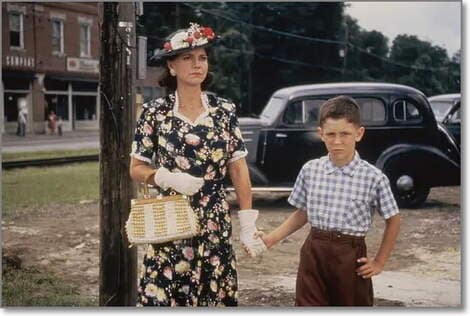 Throughout it all, Gump retains his own innate "goodness," even while America is suffering its own loss of innocence. There is the comedy of Forrest’s own innocent views set against a cynical world with Hanks, who won an Oscar for Best Actor, providing his signature impeccable timing to perfect comedic effect. But Gump is, in large part, a love story.

Not only do you have this beautiful narrative playing out between a mom who knows she must set her child up so he can see his own worth in an often cruel world, but you also have a heart-wrenching love story as Forrest falls in love with the beautiful, flawed, complex and, often misunderstood, Jenny. 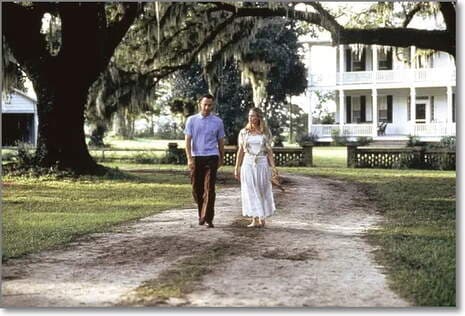 There’s also the story of true friendship as Forrest meets Captain Dan, portrayed perfectly by Gary Sinise, and saves his life - whether he wants to be saved or not. It’s hard to see how two men could be more different, but there’s still clear and long-lasting love and understanding between the two. Forrest’s friendship with Bubba, who he meets when they are drafted together, is equally moving and a testament to the value of friendship over the material. “Bubba was my best good friend,” says Forrest. “And, even I know that ain’t something you can find just around the corner.”

The clear comparison between the complexity of life for Captain Dan and for Jenny, the darkness within themselves that they experience, and the simple way that Forrest looks at everything is obvious. But, who is to say that Forrest is the one who needs to change his mindset. As Mrs. Gump says: “Stupid is as stupid does.” And, very often, Forrest isn’t the one who is doing the “stupid” thing. His innocence, instead, throws the actions of others into sharp relief and makes you question everything you thought you knew.

Gump famously says his mama told him: “Life is like a box of chocolates. You never know what you’re gonna get.” Well, there can be few people now who don’t know what they are going to get from Forrest Gump. But, one thing is for sure, any movie that scooped six Oscars has to be worth a watch. Whether you are watching for the first time or the tenth time, this is a movie that can’t fail to move you.