This movie is based on real-life events and is about fast cars in history and the men who wanted to make these cars fastest. Ford v Ferrari chronicles the conquest of Ford Motors to outshine every car on the racetrack. Perfectly paced editing, finely tuned precision, and emotional beats are required to make an excellent movie that is satisfying or at least cathartic. Similarly, four wheels, a full-powered engine, well-tuned aerodynamics are required to build capable cars. A poorly engineered car or a poorly made movie can't survive for long.

Ambition, courage, and imagination, and will power be represented by cars. Those who dream big have the will power to fight and overcome the difficulties and obstacles in their paths and their opponents who are trying to crush their hopes and bring them down. Ford v Ferrari is one of the greatest stories and a masterpiece in motorsports. Ford v Ferrari is a racing picture directed by James Mangold set in the early 1960s and gives the retro feels about its storytelling. Director James Mangold is a gifted filmmaker and is known for creating involving drama without pushing too hard. His films such as "3:10 to Yuma", "Walk the Line," and "Logan" are testimonials of his character-driven stories and success.

Dual male leads Matt Damon and Christian Bale has given this movie a spectacular horsepower. Their touching friendship is based on small gestures rather than big demonstrations. The central friendship that is cleverly depicted, which is largely unspoken but still tender, is the movie's greatest achievement. The rest of the cast is as extraordinary as the lead. Noah Jupe, Caitriona Balfe, Jon Bernthal, Tracy Letts, Josh Lucas, and Remo Girone have outperformed themselves. Creating a delicate balance between being continuously afraid that his father will die and eagerly idolizing him as well actor Noah Jupe did a great job. Similarly, Caitriona Balfe performed the role of a dutiful spouse balancing between love, support, and stress. In this pleasant fact-based racing movie, fine performances are delivered by these actors, and they have successfully managed to provide pure entertainment with an excellent breezy pace.

The family business of Henry Ford II is threatened because the restless young baby boomers don't want to buy the old-fashioned Ford as it doesn't give them enough thrill or appeal. The introduction of the sporty Mustang and beating Ferrari at the Le Mans will be a part of the new rebranding strategy. Buying the cash strapped Ferrari is proposed by Lee Iacocca to Henry Ford II as this will increase their car sales by participating in the Le Mans, but when Fiat offers Enzo Ferrari a more lucrative deal, he rejects Ford's proposal. Enzo Ferrari also insults the company and its CEO by saying that they make ugly cars. Infuriated by this, Henry Ford orders to gather top-notch engineers and drivers to make a race car so he can defeat Ferrari at the Le Mans.

Carroll Shelby, a racing driver and an owner of Shelby American who won the Le Mans in 1959 is hired by Lee Iacocca. To build a race car Ken Miles a British racer is hired by Shelby. Due to his heart problem, Shelby has to quit his racing career and has to come in terms with his disappointment. Creating a team that can win Le Mans is Shelby's way of proving that he is still a winner. Unlike Shelby, Miles had to prove himself because he had never won at a big race. Miles runs a struggling auto repair shop in Los Angles. Miles was amazing on the race tracks, but due to his abrasive personality, he didn't want to disappoint his son and wife. His wife and son, despite knowing the fact that he could die while racing, supported him with all their heart. Both Shelby and Miles have to surpass many obstacles in their journey to overcome their disappointment. Their struggles gave rise to a mutual burning desire to win at the most prestigious race, the 24 Hours of Le Mans. During this journey, they will earn a mutual love and brotherhood for each other. 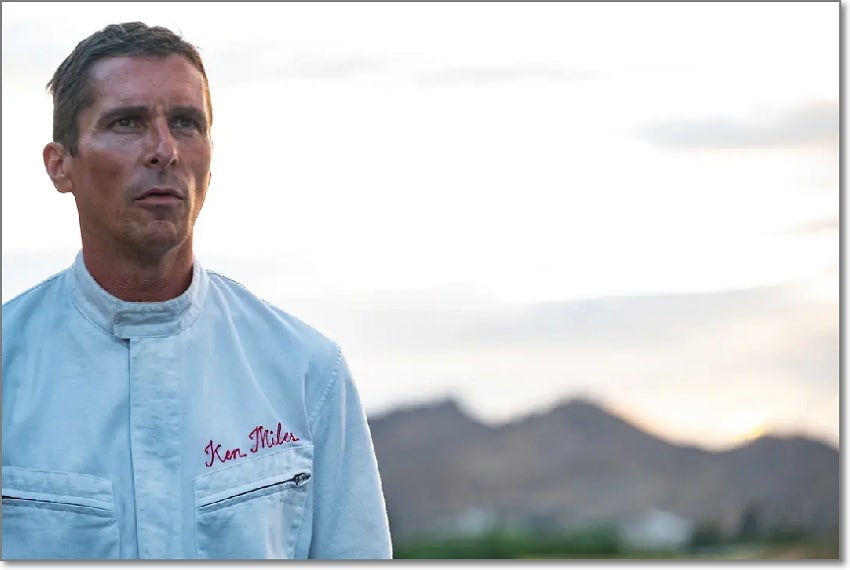 The prototype of Ford GT40 Mk I is tested by Miles and Shelby at Los Angeles International Airport. Ford sends Bruce McLaren and Phil Hill to the 1965 Le Mans instead of Miles because he was not an ideal driver for them. None of the Ford reached the finish line. Shelby explains the infuriated Henry that they have not won the race, but they have been successful in instilling the fear in Enzo Ferrari that they have a faster car. The development of the GT40 Mk II was continued by Miles and Shelby. Leo Beebe, the Senior Vice President of Ford, takes over the racing division and wants to exclude Miles from this program, but Shelby convinces Henry that if Miles wins the 24 Hours of Daytona, he should be allowed to race the 24 Hours of Le Mans. Beebe enters a second Ford with NASCAR team in the race, but Miles wins it after Shelby asks him to push his car's limit to 7000 RPM.

During the first lap of 1966 24 Hours of Le, Mans Miles struggles with a faulty door, but after it is fixed, he sets lap records. Miles experiences brake failure while racing with Ferrari driver Lorenzo Bandini which gets replaced during his pit stop. After a head to head race with Miles, Bandini blows his engine, eliminating the Ferrari from the race.

Beebe orders Shelby to ask Miles to slow down as the three Ford teams are in the top positions. They want them to cross the finish line together and provide the press with a three-car photo finish. Initially, Miles resists against this decision and sets a new lap record, but in the final lap, he decides to let Ford have their way. Due to some technicalities, McLaren wins the race, but Miles is still grateful to Shelby for giving him a chance to race at the 24 Hours, Le Mans. Miles once again experience brake failure while testing the J-car at Riverside International Raceway, two months after Le Mans, and is killed in the resulting crash. Shelby pays Miles' son Peter and widow wife Mollie a visit. He also gives Peter a wrench that Miles had thrown at him in Willow Springs in 1963 before winning an SCCA race.

Ford v Ferrari is a character-driven story full of internal and external struggles, redemption, and conflicts. Ford v Ferrari about appreciates small moments of grace, friendship, and mercy, escaping ourselves, and rising about our limitations as our lives are short and quickly passing. We can't hold anything tangible for very long. You don't have to be a fan of Ferrari, Ford, or racing to cheer for or get thrilled by Ford v Ferrari. This is such a well-made and must-watch film that it will hold your heart, from the moment it will begin till the end. The thundering, thrill, impeccable timing, and sound designs in the racing sequences can easily convert any newbie into a hardcore fan of this movie.