Titanic is a film that so wonderfully lives up to its namesake. It’s a true behemoth, a titanic accomplishment of drama, directorship, acting, and emotion. James Cameron took one of history’s most famous accidents and poetically retold the events with the grandeur they deserve.

The film’s preluding scenes hit the right notes, an exploration camera piloted by a crew aboard an oceanic research vessel investigating the Titanic’s wreckage uncover a safe containing a drawing of a young woman wearing a necklace thought to contain a rare diamond, The Heart of the Ocean, dated April 14, 1912. The woman in the picture is alive, aged 100, and is brought about the vessel to talk about her experience aboard the RMS Titanic. The rest is history, so to speak. 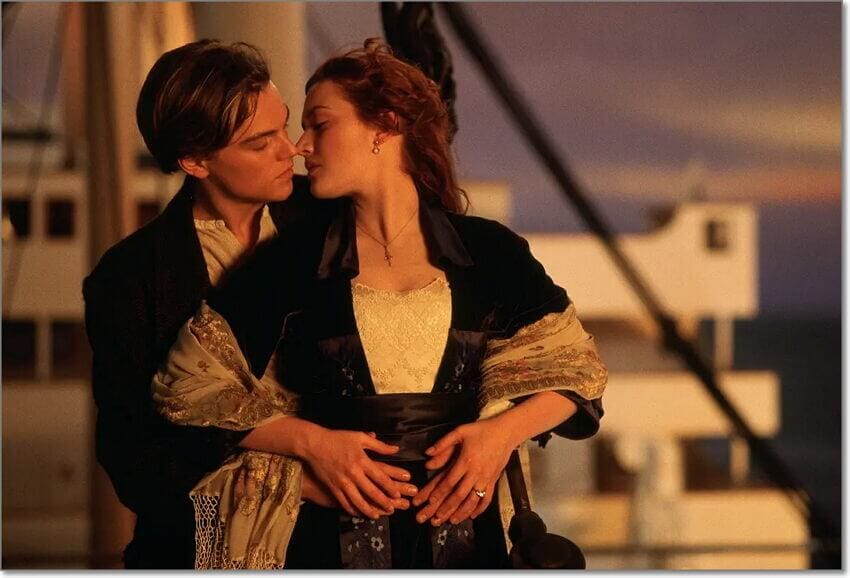 These introductory scenes set us up to view the Titanic through the eyes of someone who was there. Framing the film in this artful manner was extremely important and a masterstroke from Cameron, who can now explore the Titanic on any level he wants. He can follow the intimate journey of the film’s main protagonist, Rose (Kate Winslet), whilst also fulfilling the film’s epic billing as the most expensive film of all time (before it was usurped by Avatar).

The beauty of Titanic is that different viewers will have different experiences, and this somewhat mirrors the different experiences of the many individuals on board the boat. On the one hand, we have a disaster film with an engineering subplot; the designers of the boat were famously bullish about its technology, ‘the boat that could never sink,’ and this mere attitude was a major contribution to its downfall. The ship designer, Ismay, wants to break the transatlantic record, and his ship is more than capable, but the faster it goes, the harder it is to steer. The ship’s 3300 occupants seem somewhat immaterial to the designer who is deluded by the scale of his accomplishment before it has even successfully completed one voyage.

As we all know, the Titanic did not complete its maiden voyage, and at roughly 2 am, it struck an iceberg in the cold North Atlantic and started to sink in spectacular fashion. This is an important point. We already know that the Titanic sank - everyone knows that before they watch the film - but this just gives us more space and time to absorb the scale of the event and the depths of the fears of those on board that fateful night.

The main character plot, though, follows Rose and her own desperate personal situation. Undoubtedly beautiful, she is a woman her mother considers worthy only of an upper-class marriage to a man named Cal (Billy Zane), one that will bring security to her family’s financial woes. Her savior, Jack (Leonardo DiCaprio) - a crew member aboard the ship - is not a man of class and status, but a man of honor and honesty, and a talented illustrator also.

The love story that ensues is a classic that pays homage to the great novels of Emily Bronte and Jane Austen. Rose’s real romance breaks her false one with her fiancee, but then that romance too is broken by forces of the cataclysmic events that unfolded soon after. 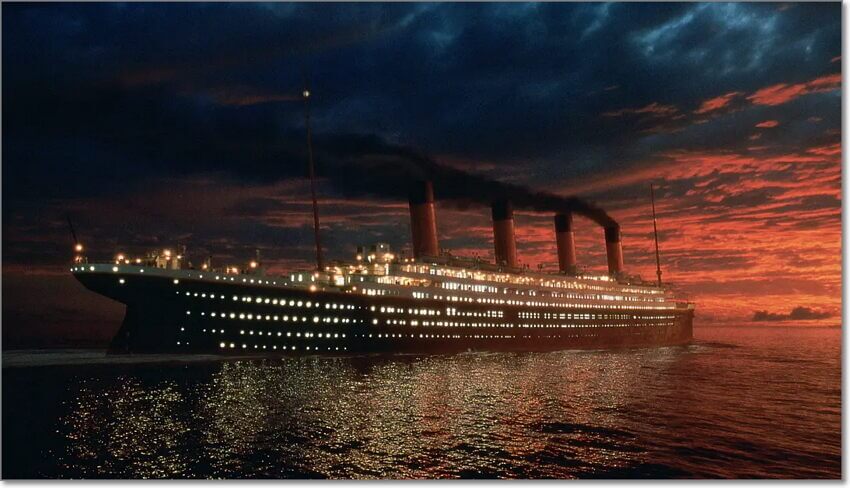 From Micro to Macro

James Cameron expertly switches between events of a small, personal, and emotional scale, the human details of the tragedy, the hopelessness of those caught with no way out, and the grand sequence of the Titanic’s fall from grace.

The spectacle and scale of the film captivate audiences more interested in the Titanic as a disaster film, and Cameron gives them what they want. We see tables crashing, windows smashing, the ship upending to the ominous creek of its hull to finally crack in half.

The human tragedy, of course, was primarily due to the provision of lifeboats. They were far too limited, and this led to a chaotic and semi-hierarchical choice system where many passengers from the lower classes were left to chance. Rose and Jack are victims of this chaos. 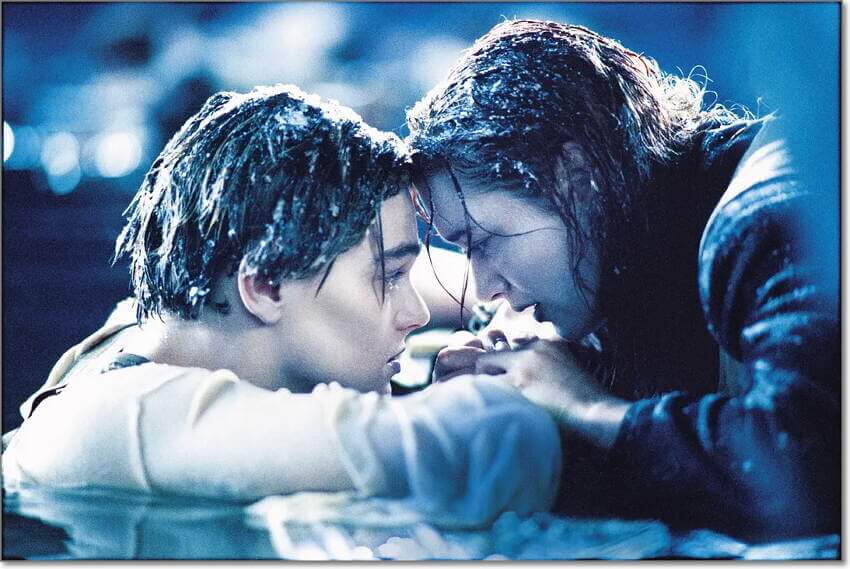 As the epic sequences approach their closing moments, the grand form of the Titanic is replaced by a water wasteland littered with debris, bodies, and the few lifeboats that made it into the water successfully. Somewhere amongst the debris lie Jack and Rose, the closing tragic moments set to Celine Dion’s My Heart Will Go On make for unforgettable cinema. Remember, tissues, so you don’t have to rub your eyes on your sleeves!