I Am Legend’s superb visual style and slick acting from Will Smith helps animate what quite a lonely and somewhat depressing film at times is. The film is based on a 1954 novel by the same name written by Richard Mattheson. It features a world afflicted with a deadly viral infection that turns people into aggressive and powerful flesh-eating humanoids.

The threat here is more sensational than the vampires featured in the original novel. These are not your average ‘zombies.’ They’re far more menacing and powerful. However, as in the original novel, the creatures in the film I Am Legend dwell in darkness and are affected by sunlight like vampires, earning their nickname ‘Darkseekers.’

I Am Legend takes place in a richly detailed, hyperreal, and compelling environment - the island of Manhattan. Manhattan becomes an intrinsic part of the movie; it’s superbly well designed to contribute to the suspense and dark aesthetic of the film. Dr. Robert Neville (Will Smith) is seemingly the only occupier of this urban wilderness and is seen freely charging around in a Ford Mustang Shelby at the start of the movie. His objective, to hunt for dinner. Expertly lining up a deer in the sights of his rifle, he is usurped by a lion that claims his prey before he gets a chance to pull the trigger.

We later learn Robert Neville is no normal man but a US Army virologist - a man with a mission to find a vaccine. Here, we can start to sense the futility of his task. He is the only living person he knows. There is nothing on the radio, no one on the street, just him and his dog, a German Shepherd called Sam. We vaguely learn that the virus exterminated some 90% of the population and that most of the remaining 10% comprise the Darkseekers that lurk in abandoned buildings, shadows, and the dead of night.

There are few films where solo actors can really pull off a compelling and engaging spectacle. Castaway (Tom Hanks) instantly springs to mind and is an exemplary example of this done well. If done properly, films with primarily solo acting can build nuanced rapport and emotional connections between the audience and the protagonist.

You’d have to say that Will Smith steps up to the task. He’s dynamic, real and portrays the loneliness and heartbreak of his solo mission well. What is its purpose? His direction? What is the point in trying to find a vaccine if there is no one to cure? We ask the same questions as he does. The ways in which he sustains himself and maintains his sanity are well portrayed, and the recklessness he is prone to keeps the suspense high as he engages with the Darkseekers in a series of thrilling action sequences. 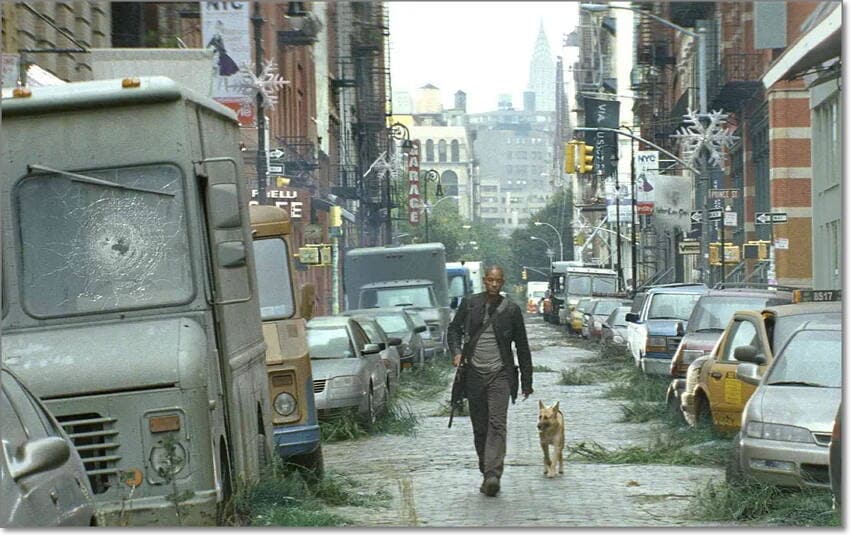 Another headline feature of I Am Legend is Dr. Neville’s relationship with his dog Sam. A true companion - the epitome of a man’s best friend - Sam is, in many ways, his savior. The lengths Robert goes for Sam is evident throughout the film and culminate in one of its most shattering moments.

Eventually, I Am Legend does bring in other characters that heard Robert’s radio broadcast and traveled from Maryland to find him. They bring news too that there is a survivor camp near Vermont. Robert rejects this, but nevertheless, he is buoyed by these new introductions, and the film progresses to enter its final sequence. 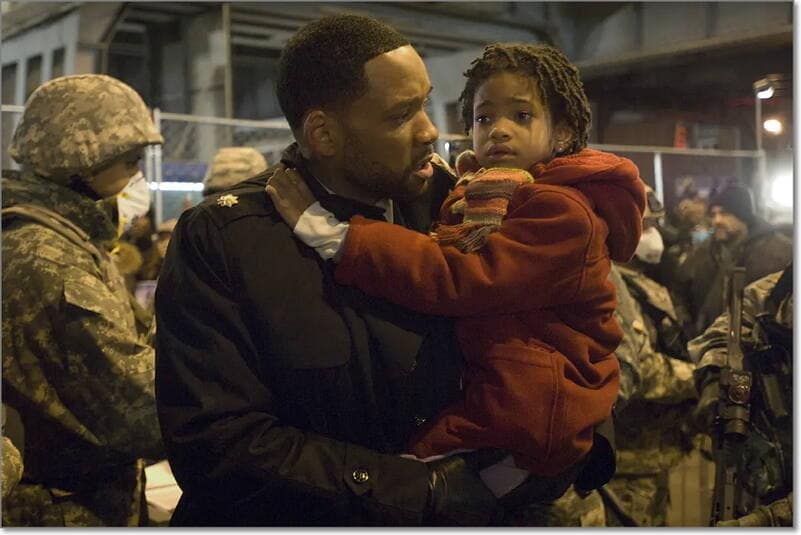 In a sense, the film’s suspense diffuses somewhere between Dr. Neville’s first serious encounters with the Darkseekers and the point he meets other humans. It feels like the film must steer towards a happy ending in some way as the ride has been rather somber.

That said, this is a film that sets itself up for a tragic ending and doesn’t fully deliver it when maybe we want it to. The idea of there being a survivors camp does two things. It poses the question, how did this highly competent Doctor not know? And why did he not travel somewhere safer to conduct his research? It also reduces the haunting isolation of the film and instantly reassures us, "oh, there are others out there."

Ultimately, the film runs out before we’re given much information about other survivors. One could assume that, in time, the human race may then return to normal and reclaim the world from the Dayseekers. It all just feels a bit too bright and friendly when the film could have maintained mystery right until the end credits.