Will it Soar or Burn?

No matter which era, this is such a great movie that it relates two lovers who are head over heels in love and following different paths one is successful and soaring high while the other is hitting rock bottom. A star is born a romantic epic of male woundedness and has been regenerated in 1937 with Fredric March and Janet Gaynor, in 1954 with James Mason and Judy Garnet, in 1976 with Kris Kristofferson and Barbra Streisand and can also be obliquely seen in movies such as La La Land and The Artist.

The fourth and latest version of this movie starring Bradley Cooper (Jackson Maine) and Lady Gaga (Alley) is A Star is Born. This movie, with all its perverse fantasy about love, women, men, and sacrifice, makes it way better than its antecedents. This new version, which is colossally enjoyable, outrageously watchable, and filled with pure melodrama, is directed and co-starred by Bradley Cooper. Cooper has appeared opposite the sensationally talented and beautiful Lady Gaga. This film received several awards, including Best Actor, Best Supporting Actor, Best Actress. Best Original Song for Lady Gaga's "Shallow." It also earned eight nominations at the 91st Academy Awards and five nominations at the 76th Golden Globe Awards. 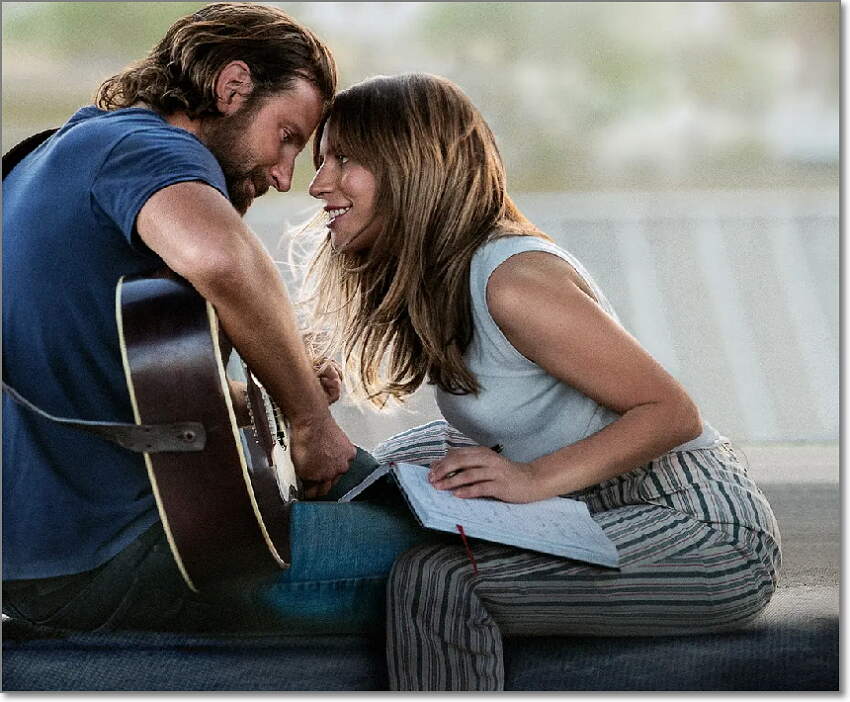 A stair is born a commercial triumph and grossed over $436 billion worldwide. It not only received praise for the acting skills of Elliot, Lady Gaga, and Cooper but also for its cinematography, music, screenplay, and direction. This movie hits all the right spots and incredibly revolves around love, pain, substance abuse, suicide, tragedy, and what fame can do to a person. Often we ignore the cost of fame and stardom and how life is on the other side of the stage.

Privately struggling with an alcohol and drug addiction Jackson Maine is a renowned country-rock singer. Jack's contentious relationship with his older brother and the depressive state has roots in his turbulent childhood. Jack's performance is strongly enhanced by his beautiful and credible singing. His older half brother Bobby is also his manager. Jackson visits a drag bar for some drinks after a show where he sees Ally, a singer, songwriter, and waitress, giving a tribute performance to Edith Piaf. Jack is astounded by her performance. Alley reveals in a conversation with him that how she has been unsuccessful in pursuing a musical career as a profession.

She shares some lyrics which she has been working on with Jackson. Jack praises her for her talent and tells her to perform on her lyrics. Ally refuses to attend Jackson's first show at first, but then she attends it and sings "Shallow" on stage with Jackson after he encourages her. For one moment, they seem unreal as they both fire each other's dreams, and their chemistry is perfect.

They form a romantic relationship after Alley goes on a tour with him. Alley is a singer with a voice of thunder, and she is not only a lover, partner, friend, ideal, and muse but also a safe harbor for Jack. Jack and Alley visit a ranch in Arizona where Jack's father is buried and where he grew up. Jack finds out that this land has been sold by Bobby and was now a wind farm. Jack is furious by Bobby's betrayal. He punches him, and consequently, Bobby quit his job as a manager. Bobby tells Jack that he informed him before selling the farm, but he was too intoxicated that he didn't care.

While Alley is on tour, a contract is offered to her by a record producer Rez. Jack supports her decision despite being visibly bothered. Alley is focusing more on Pop than country music, as suggested by Rez. After being drunk in public, Jack passes out and misses one of Alley's performance. Jack is dependent on booze, boot crushed pills, and a self-destructive cocktail of steroid injections.

At the home of his best friend, George Stone "Noodles," he recovers from his hangover, and shortly he reconciles with Alley. He makes a ring from a guitar's string and proposes Alley there. They both get married on the same day at a church. Bobby makes up with Jack during Alley's performance on Saturday Night Live. Later intoxicated, Jack criticizes and fights with Alley for her music, success, and image. Jack's popularity is declining, and Alley's success is outpacing him as she is nominated for three Grammy Awards. Ally wins the Best Artist award at the Grammy's, and when she goes up on stage to accept her award Jack stumble towards her, publicly wets himself, and passes out. Alley tries to sober Jack up while her father, Lorenzo, criticizes his behavior. After this, Jack joins a rehabilitation center. In about two months, Jack recovers from rehab. He reveals to his counselor that due to tinnitus, he has hearing problems that are deteriorating day by day, and when he was thirteen years old, he attempted suicide. 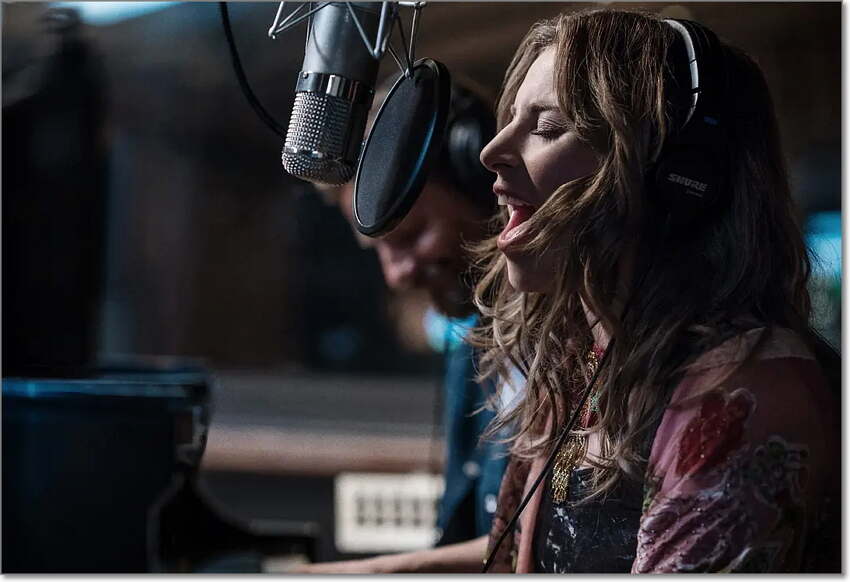 Jack regrets his behavior with Alley and tearfully makes an apology. Jack tells Bobby while they are returning home that he always idolized him instead of their father. Rez refuses when Alley asks him to bring Jack to perform on a European tour. Alley cancels all her tours so she could stay at home and care for Jack. Rez confronts Jack when he is waiting at their house for Alley. He says that Jack will relapse again and accuse him of destroying Alley's career.

On the same evening, Alley lies to Jack that her tour has been canceled by her record label so she could concentrate on her second album. Jack promises to attend Alley's concert that night, but he commits suicide by hanging in their garage after Alley leaves. When Bobby visits her after Jack's suicide, he tells the inconsolable and grieving Alley that it wasn't her fault. The closing scene is so heartbreaking because Alley introduces herself as Alley Maine for the first time and is singing a song as a tribute to Jack, which he wrote about his love for Alley but never finished it. The film ends at a painful scene with a close up of Alley looking up at the heavens and the flashbacks of Jack singing this song for her. 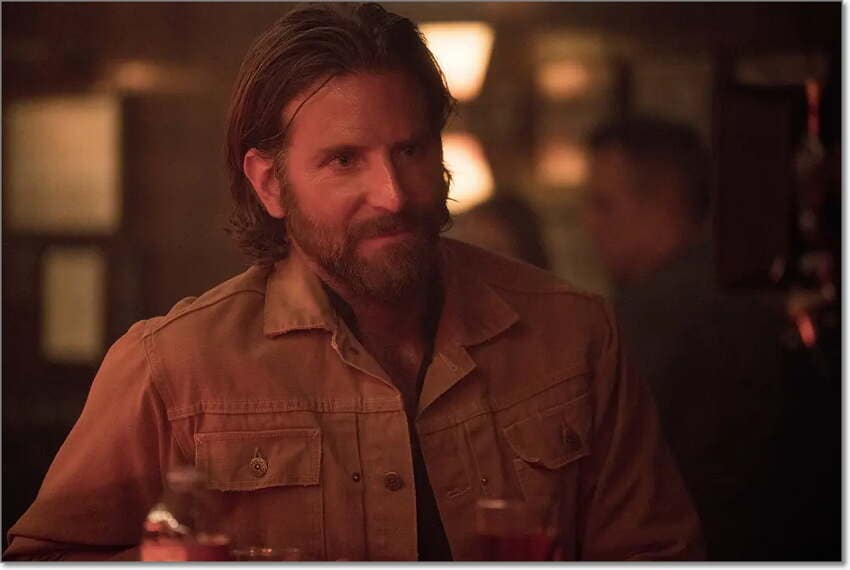 This movie is so beautiful and heart touching as a star, Alley is born by the efforts of Jackson and rises to fame. Jack saw her talent, believed in her, and made sure her talent is seen by the world. They both had their ups and downs, but they didn't give up on each other. It can be a tricky business to capture the speedy ups and downs of pop stardom and the slow grind of touring, but this new incarnation of an old story with uncannily realistic performance paints a precise portrait on painful life seen from the other side of the stage. A star is born will always be a beloved piece of work for those who believe in love, and it connects with its audience through the power of music in a way that can change their life.

Hot Articles
>  Resource > DVD Review > Will it Soar or Burn?