With the help of a dazzling cast including Florence Pugh, Meryl Streep, Laura Dern, and Saoirse Ronan, a one hundred and fifty years old literary classic has been refreshed by the director Greta Gerwig. Little Women is the seventh film adaptation of Louisa May Alcott's 1868 novel of the same name. This jostling and clamoring adaptation of Little Women is a rare achievement for Greta. Being respectful of the source material, Greta has made sure that the creative input of Louisa May Alcott is heard, and most of the dialogues are used from her beloved book. This is the most fulfilling, freshest, faithful to its root, and light-footed literary adaptation of the past year.

With its distinctive palette, Greta jumps back and forth between timelines. Greta has split the story into two timelines instead of telling it in chronological order, as in most film adaptations. The emotional details are very precise even though Greta's overflowing humanism could have flooded the story. Little Women follows the story of four March sisters, an aspiring author Jo March (Saoirse Ronan), Quiet and musical Beth (Eliza Scanlen), artistic and impulsive Amy (Florence Pugh), lovely and responsible Meg (Emma Watson). Jo reflects upon her past life in flashbacks. 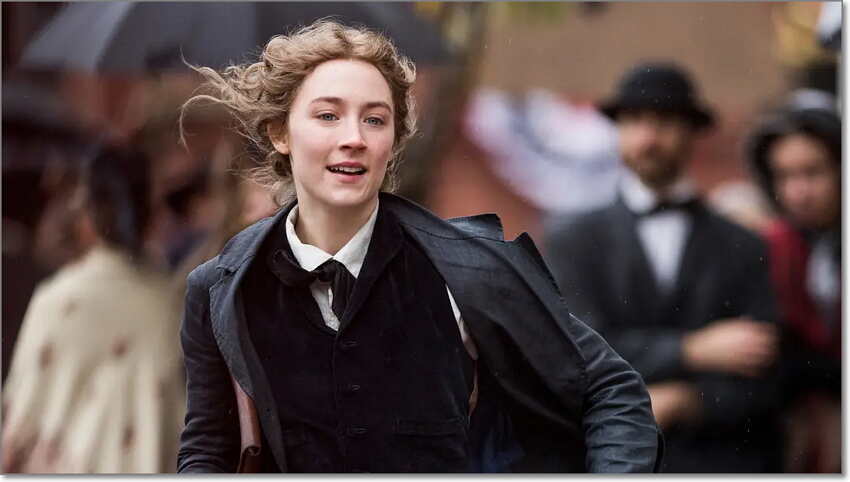 Jo was a teacher in New York City in 1868. She is rebellious, energetic, and career-focused. To pursue her dreams, she is living in a boarding house. Jo is trying to sell her fiction to a magazine to help and support her family in Concord. She goes to meet Mr. Dashwood, who is an editor and has agreed to publish a story that she has written. Mr. Dashwood laughs mockingly, crosses a few pages, and informs her that he would take this story with a few alterations as it is too long. He asks her to make the next story short and spicy as morals don't sell these days, and if the main character is a girl, she should be married or dead by the end. In Paris, her sister Amy is very happy to see their childhood friend Laurie and invites him to a party. Laurie is drunk, and when Amy gets angry at his behavior, he mocks her for spending time with Fred Vaughn, a wealthy businessman. In New York, when professor Friedrich Bhaer constructively criticizes Jo's writing, she gets hurt and ends their friendship. After learning about her younger sister Beth's worsening health condition through a letter, Jo returns home.

Seven years ago, all four Jo sisters lived in Concord, Massachusetts. At a party, Jo befriends Laurie, the grandson of their neighbor Mr. Laurence. Marmee, the girl's mother, persuades her daughters on Christmas morning to give their breakfast to their poor and starving neighbor Mrs. Hummel and her children. When they return home, they find a table full of delicious food from Mr. Laurence and a letter from their father fighting in the American Civil War. Jo is invited to a trip to Europe by her Aunt March when she visits her. Amy gets hit by her teacher for drawing his picture and for misbehaving. Amy is crying outside Mr. Laurence's home when Laurie notices her and invites her before her family could take her back.

Amy burns Jo's novel out of jealousy when Meg, John, Jo, and Laurie go to the theater without taking her. When Jo learns about this incident, she gets very upset, cries all night, and refuses to forgive Amy. To make things up with Jo, Amy follows her the next morning onto a lake where Laurie and Jo are skating, but she falls through the ice. Jo and Laurie save her. As Beth reminds Mr. Laurence of his late daughter, he invites her to play the piano in his house. To apologize for his behavior, Laurie visits Amy in the present and asks her to marry him instead of Fred. Amy angrily refuses his proposal although she is in love with Laurie because she has always been “Second to Jo" in his life. Later she turns down Fred's proposal as well, but it is too late for her now because Laurie has already left for London. 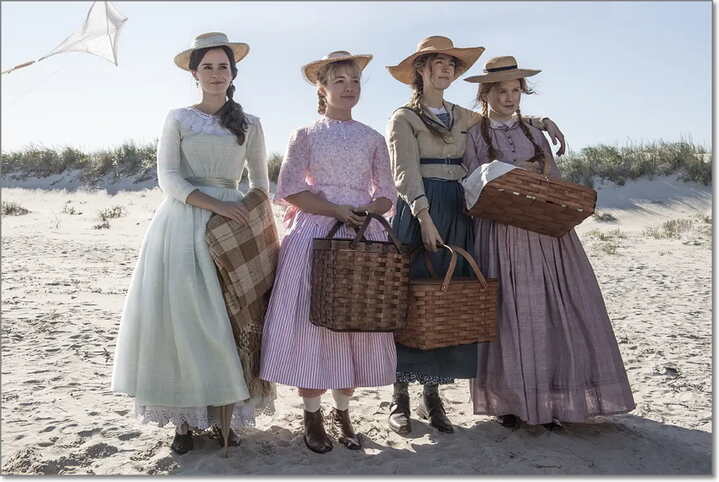 In the past, Marmee leaves to visit the girls' father as he is ill from the war. A piano is gifted to Beth by Mr. Laurence because she reminds him of his daughter. When Beth goes to thank Mr. Laurence, he notices that she had contracted scarlet fever from the Hummels when she visited them. Amy is sent to stay with Aunt March as she never had the disease before. Aunt March advice Beth that she should support her family now as her other sisters are of no good use, and she should marry a well off man to save her family. Jo takes care of Beth. When Beth's condition gets worse, Marmee returns home early, but she recovers till Christmas. Their happiness increases when their father also returns on Christmas. 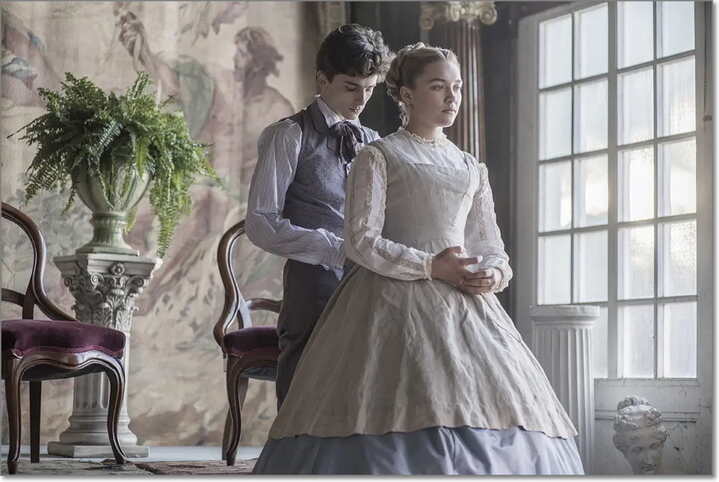 Beth's condition gets worse in the present, and she dies. On Meg's wedding day in the past, Jo asks her to run away with her and be an actress on stage, but Meg refuses this by saying that this is the life she wants, and she is happy marrying John. At the wedding, Amy informs her family that she is going to Europe with Aunt March, but this shocks Jo as she was the one to accompany Aunt March in the first place. Laurie admits his feelings and love for Jo after the wedding, but she insists that she does not feel the same for him.

Marmee reveals in the present that Amy is devastated to learn about Beth's death, and she is returning from Europe with a sick Aunt March. Jo writes a letter to Laurie after she realizes that she was too quick to turn him down. When Amy is leaving for Concord, she meets Laurie and tells him that he turned down Fred's proposal. After kissing, they later marry each other on the journey home. Jo throws away the letter she wrote after learning about their marriage and agrees to be only a friend with Laurie. She sends the first chapter of a novel she wrote based on the life of her and her sisters to Mr. Dashwood. 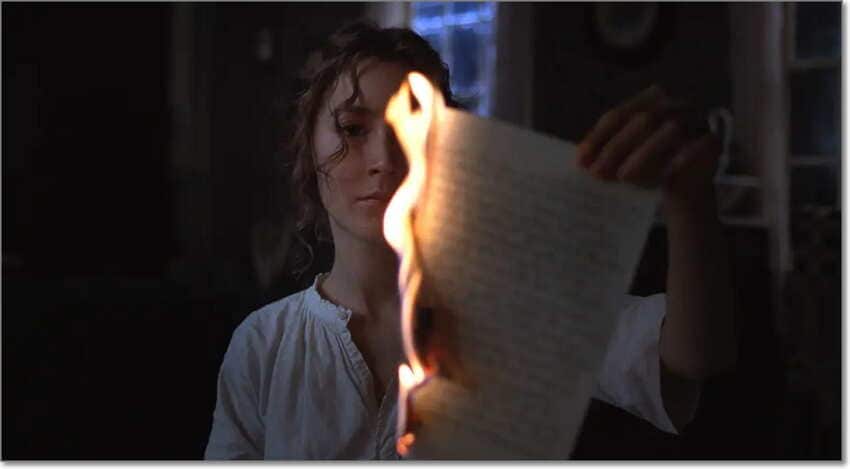 Friedrich visits their house on his way to California. Mr. Dashwood agrees to publish this novel on a condition that the main character should get married; otherwise, it is too unacceptable. She agrees, discusses copyrights and royalties, and then changes the ending so that the main character, herself, runs after Friedrich, kisses him, and stops him from going to California. Later, Jo inherits Aunt March's house, and she opens a school in it for boys and girls where Amy, Jo, Meg, and Friedrich teach.

By the end of this movie, Jo grows into a zesty young woman who isn't only love-struck but also a fearless author unafraid to negotiate and proud to witness the birth of her novel's hardcover with "Little Women" engraved in golden letters. This movie is worth a watch as it is a pure delight and a work of art where attention is given to all the small and beautiful things in life.