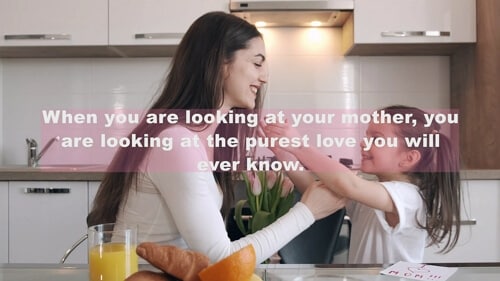 This year, Mother's Day will be celebrated on 8th May. Besides showing your Mom how much you love her with a gift, you can write some exciting piece of Mother's Day trivia on the greetings card to impress her even more. You can check our article to learn about the most intriguing facts about Mother's Day. We will also share the quickest way to save and convert a Mother's Day song that you can play in front of your Mom while giving her the gift.

Below are the 11 fun facts about Mother's Day that will show your Mom how much you appreciate her and care for her special day.

1. Mother's Day is celebrated in May

Every year Mother's Day is celebrated worldwide on the second Sunday of May. It was designated in 1914 by then President of the USA, Woodrow Wilson.

Giving flowers as a gift on a special day such as Mother's Day prompts appreciation and other types of positive feelings. It is one of the easiest presents a person can give to their loved one. It is why the sales of flowers on Mother's Day amount to one-quarter of all the flowers purchased throughout the year.

3. It is one of the Most Anticipated Holiday

People are not necessarily with their Moms on Mother's Day. They pay their regards via phone calls or video chats. It is estimated that on the second Sunday of May in America alone, more than 120 million calls are administered. The apparent surge is due to Mother's Day holiday. It is only the third most popular behind Christmas and Easter.

4. Hard to Find a Restaurant Reservation

The majority of people take their Moms out to dinner or lunch to celebrate Mother's Day. It is why one would have to make a reservation weeks before the second Sunday of May. According to American Restaurant Association, over 87 million people made outdoor dinner plans.

It is estimated that people spend over $14 billion on gifts and shopping on Mother's Day.

We may think that greeting cards are not relevant anymore. However, the record sales of such cards around Mother's Day each year suggest otherwise. It is recorded that about 60% of all greeting or gift cards are sold a week close to Mother's Day in the United States. Most of them were purchased by Women!

7. The Founder of Mother's Day

Anna Jarvis is known to be the founder of Mother's Day. She was an activist who brought the higher authorities’ attention to the struggles of Mothers in the United States. Initially, she advocated for the day to be celebrated on the second Sunday of June. However, now the day is celebrated in May to honor her memory, and the sacrifices mothers make for their children and family.

8. The Reason Behind Calling it Mother's Day and Not Mother Day

Mother's Day is celebrated each year to acknowledge Mother as an individual, not as a collective. It is why there is an “Apostrophe(’)” before S.

9. Facts on Red and White Carnations

Red carnations are presented as a gift to Moms who are alive. In comparison, white flowers are offered on the gravestones by children whose Mothers are not in this world.

10. The Earliest History of Mother's Day

In Ancient Greek mythology, the spring festival was meant to celebrate and honor the Goddess Rhea, the maternal figure to several Greek holy beings.

Though Mother's Day originated in the USA in 1908, it is celebrated in over 50 countries all over the world, such as Australia, the UK, Canada, Samoa, and more.

So this year, surprise your Mom with some interesting and fun Mother's Day trivia before giving her the mandatory present. Here, we have shared informative Mother's Day facts, which you can write on a gift card or share with your Mom via social media.