The Best Halloween Movies and Songs for Kids [2022]

The Halloween party is just around the corner, and the kids are getting ready to rock with their costumes. But wait a minute! Have you prepared a library of the best kids Halloween videos? And what about Halloween songs for kids playlist? Well, you must prepare a kid-appropriate Halloween playlist to set the mood right. So, I've already done the digging work to present these twenty Halloween songs and movies to help you set up a spooky mood.

Part 1. 10 Kids Halloween Movies That Won't Give Your Kids Nightmares

First of all, when selecting scary videos for kids, you have to make sure they are not too scary to give them nightmares at night. So, whether you're looking to have some gentle Halloween fun with your kids or you want some terrifying fare, here are the ten excellent options to check out.

1. The Dog Who Saved Halloween

Your three-year-old will be excited about the dog heroics in this movie. In this comedy movie, the talking dog (Zeus) and the Bannisters move into a new residence, just in time for the Halloween season. Everything progresses well until strange sounds and lights start coming from Eli's house. When George, his wife, and Belinda try to find out what's happening, they get trapped inside a spooky housel leaving Zeus to save Halloween! 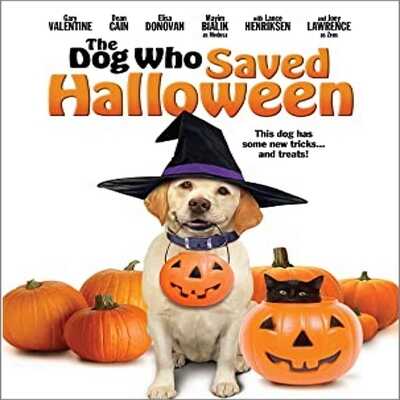 If you were disappointed with the Toy Story That Time Forgot, try the Toy Story of Terror instead. Although it's a less than 22-minute movie, your kid will find it so entertaining that they'd like to watch it over and over again. This Halloween special features toys which go on a road trip, and then a flat tire happens. This results in Bonnie and her mother sleeping by the roadside motel. Then the unimaginable happens, and Mr. Potato Head goes missing. The others are caught up in a sequence of mysterious events trying to search for him. 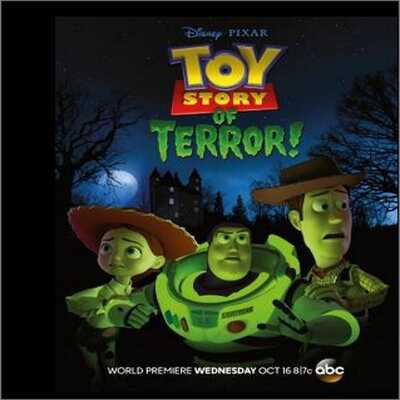 Double Double Toil and Trouble is a famous children's Halloween movie that starts two adventurous girls. The girls discover that Aunt Sophia is cursed and trapped by her twin sister Agatha. Unless the twin's magical spell can break the curse, their Great Aunt Sophia will be cast to the netherworld. 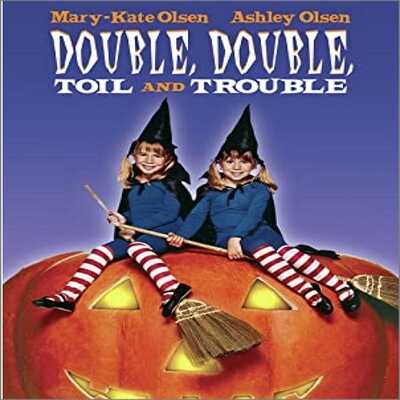 In this 58-minute Halloween thriller, Allie and George visit the Renkins' farm during the Halloween occasion. However, they learn that there is a spooky legend on the farm who attacks visitors wearing hats. Allie and George try to unravel the mystery. 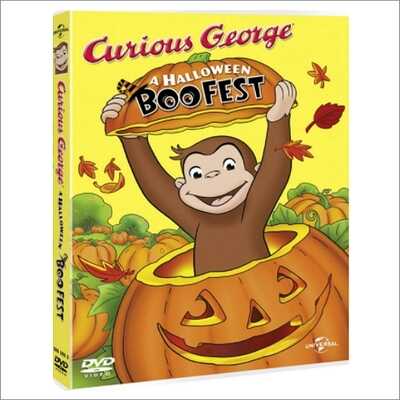 Remember the Scooby-Doo franchise by Hanna Barbera? Well, Scoob! is a 2021 computer-animated comedy-mystery film. It's a reboot of the original Scooby-Doo series. In the movie, the funny Shaggy Rodgers adopts a stray dog – Scooby Dooby Doo. They then team up with three young detectives to venture into a haunted house. Inside, they encounter a ghost or a masked thief whom they capture and unmask. 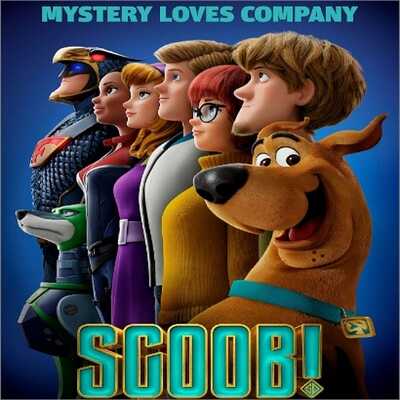 This 2018 fantasy/comedy movie features a 10-year old Lewis who lives with his uncle in a scary old house. The creaky house has a mysterious tick-tock noise. Lewis then finds out that his uncle (Jonathan) and his neighbor (Mrs. Zimmerman) practice magic arts. After the boy accidentally awakens the dead, the whole town suddenly becomes lively, revealing the dangerous world of deadly curses and witches. 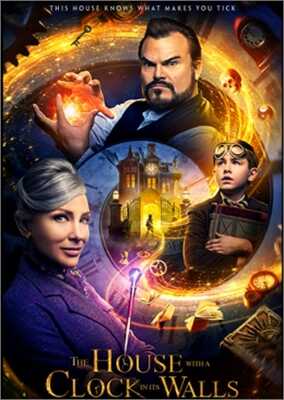 In this 2012 comedy animation, Count Dracula owns a high-end hotel known as Hotel Transylvania. This hotel harbors the world's famous monsters who seek to rest from human civilization. During Dracula's daughter (Mavis) 118th birthday, she's accompanied by a 21-year-old traveler (Jonathan). Now Dracula must do everything possible to prevent the monsters from discovering that a human is around. Failure to do so might jeopardize his career and the hotel's future. 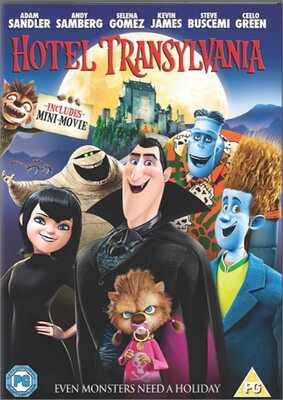 This Halloween movie has really stood the test of time to become one of the best kids Halloween videos ever. In this movie, Roo and his new buddy Lumpy go on a mission to search for Gobloon – a creature that can grant wishes. Sadly, it's Gobloon who finds them first, and the duo becomes jaggedly lanterns. 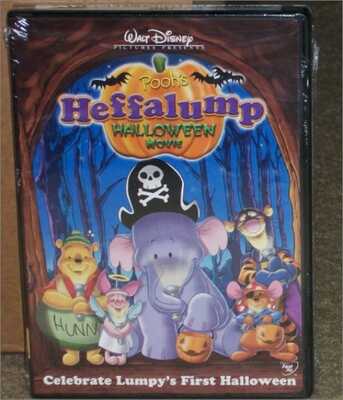 This live-action comedy is sure to entertain both kids and adults in equal measure. Here, a friendly ghost (Casper) sets the stage for roller-coaster pomp in a house inhabited by three evil spirits.

In this dark animated fantasy horror movie, an adventurous 11-year-old girl (Coraline) finds a secret entrance in her new home. Inside the door is a parallel world with sinister and dark secrets that she needs to uncover. 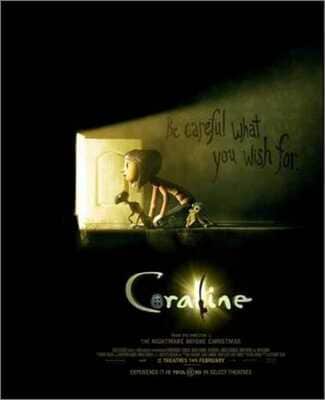 No Halloween party is complete without a Halloween playlist. So, if you're struggling to curate a playlist, here are ten options to start with:

Your kid will certainly love this Halloween song all year round. The song is perfect for 3-year-olds, thanks to its spooky, zombie-esque choreography. 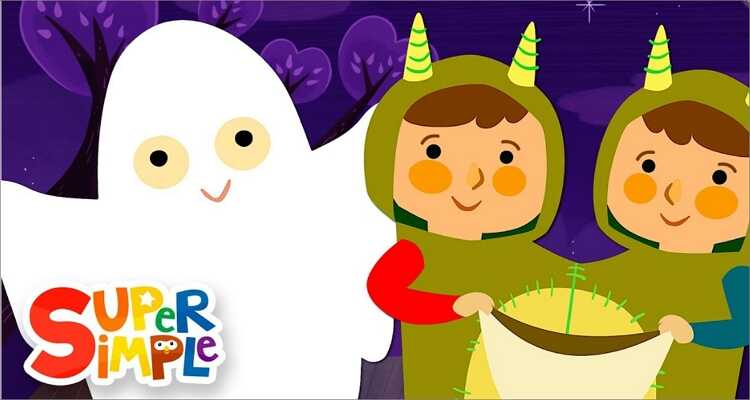 2. Can You Make a Happy Face? Halloween Song

The song perfectly captures the Halloween mood – a feeling that your kids certainly know too well. This song makes learning easy for pre-schoolers and will put a smile on the moodiest of faces around the house. 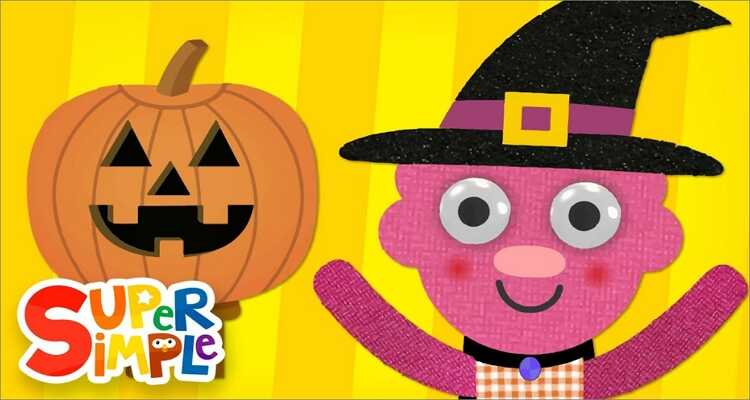 Little Johnny, Mia, and Mike just entered the creepy, spooky Haunted house to enjoy a Halloween Dance Party. In this song, your little ones will show off their dance moves as they sing along. 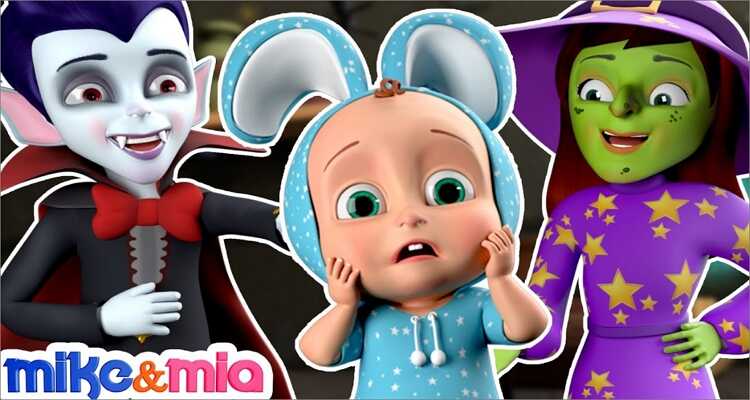 Here is another one of Super Simple Songs that can set a spooky Halloween mood around the house. The five cute little ghosts go out one night, but only four ghosts flew! It's a great one for practicing counting down and subtraction. 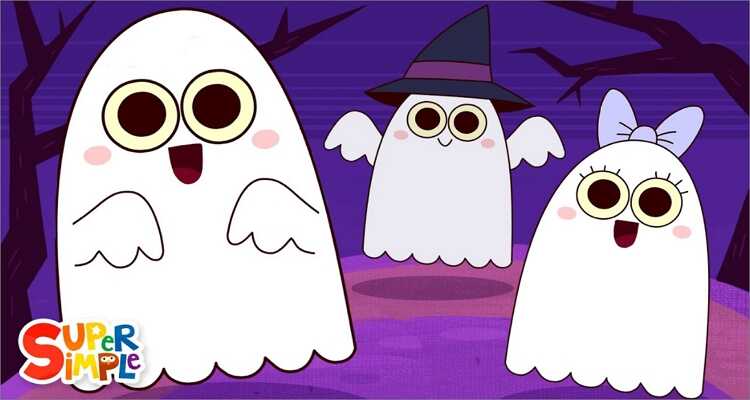 5. Too Spooky for Me

There's a bat, and a rat, and a big black scary cat! This A.J. Jenkins Halloween song was written in 2013 and is today one of the best songs for toddlers. Sing along; it's much too spooky for me! 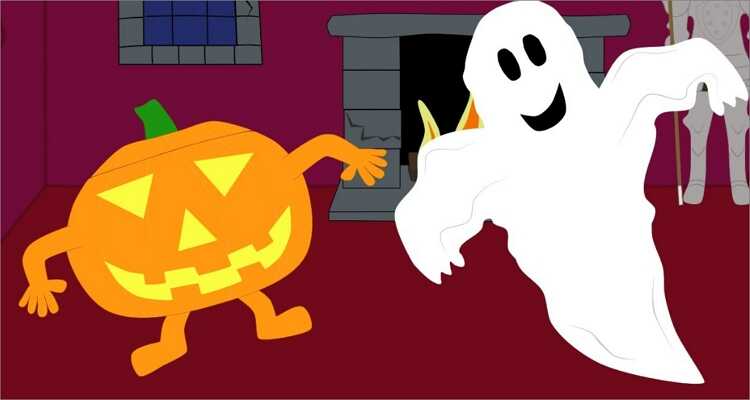 Super Simple Songs is dominating this list. Your kid can dance along to this one with their skeletal Halloween costume. Dem bones, dem bones, dem dancing bones! 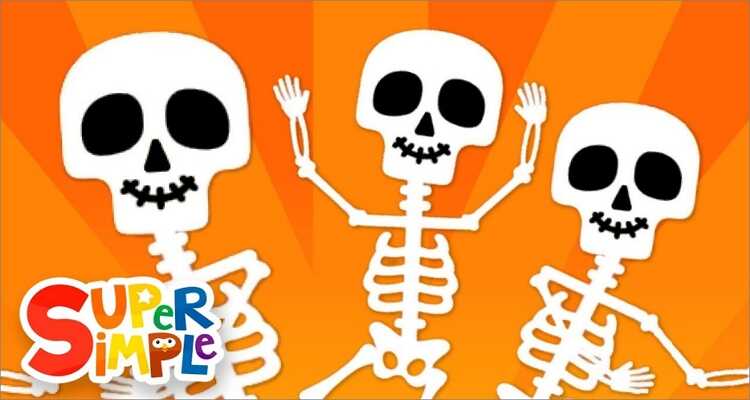 Its Halloween Night is one of the creepiest and most fun Halloween songs for preschoolers. On top of Halloween entertainment, I also find it perfect for learning shapes, numbers, colors, alphabets, and lots more. 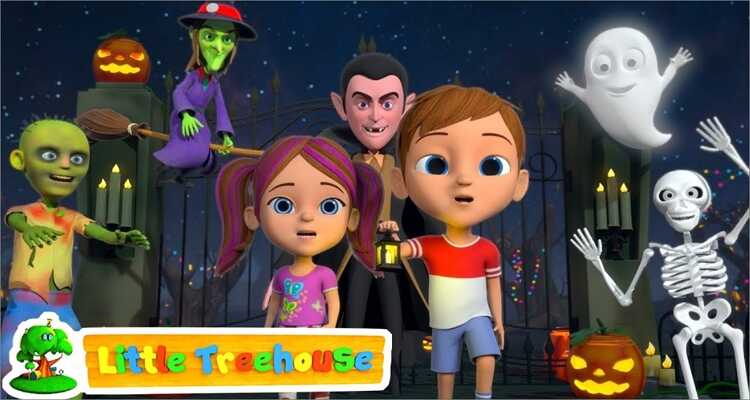 This Super Simple Songs Halloween track is about five creepy spiders showcasing their dance moves. It also has several Halloween costume ideas that you can borrow for your cute little one. 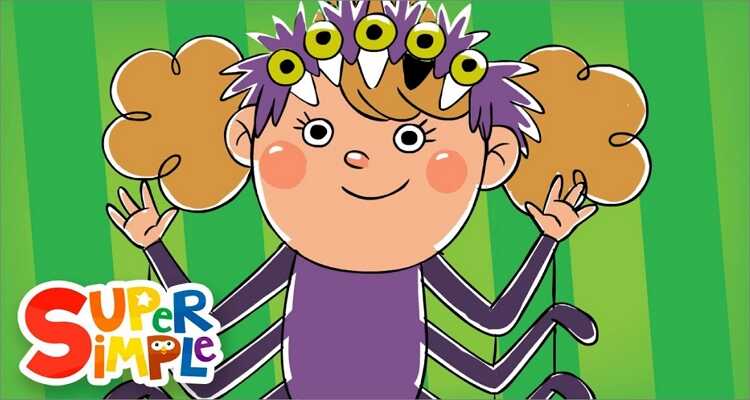 If your child will be rocking a pumpkin costume during this season's Halloween party, here's the perfect tune. This Super Simple Songs track features five emotional pumpkins to make some faces around the house as they sing along. 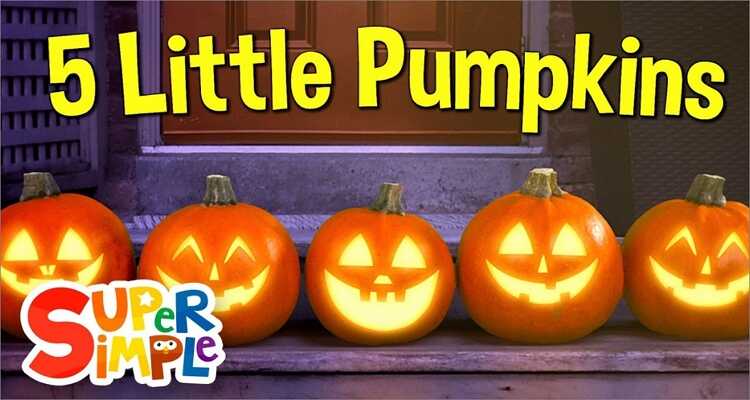 Halloween ABC Song is an educational kid's song created in 2017. It features a handful of costume ideas like Dracula, Alien, Bat, King, Night, Frankenstein, etc. It's the perfect song for your child to sing with their Halloween friends. 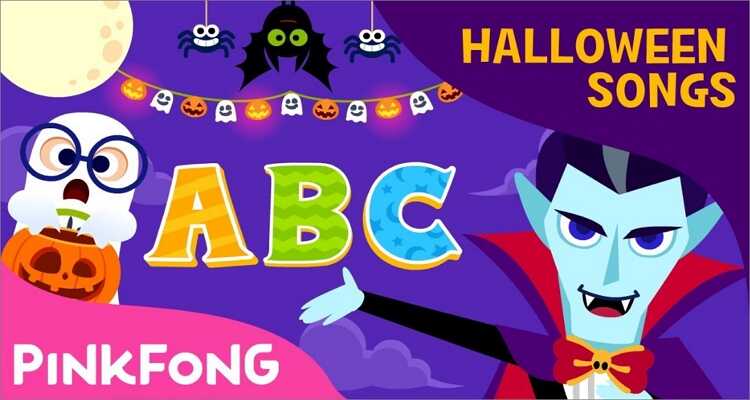 Did I forget to mention your favorite kids Halloween videos and songs? Let us know! Meanwhile, you can enjoy this collection to set up a spooky mood at the party.