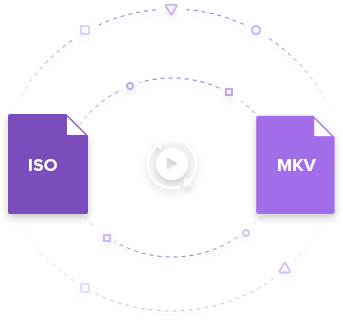 Most people store their ISO files in Blu-ray discs to preserve their quality or as a backup to the external drive. Nevertheless, most media players or portable devices cannot play the Blu-ray ISO files. To ensure that people can play the Blu-ray ISO files smoothly on more devices, they convert ISO to MKV files. MKV is supported by most video players and portable device, and that is why most people would prefer to change Blu-ray/DVD ISO files to MKV videos. The following article guides on how to convert Blu-ray ISO to MKV on Windows/Mac easily and quickly.

Part 1. How to Convert Blu-ray ISO to MKV with Ease

Wondershare UniConverter supports both Windows and Mac OS and the steps followed in the conversion process are almost the same. You can also convert ISO to MKV Mac with the steps below which are based on Windows version.

Launch Wondershare UniConverter on your PC/Mac and then click the Load DVD drop-down button and choose Load ISO Files option. A browser window will appear, and from the browser, you can open the destination of your Blu-ray ISO file, select the file and hit Open. Multiple files can added here if needed. 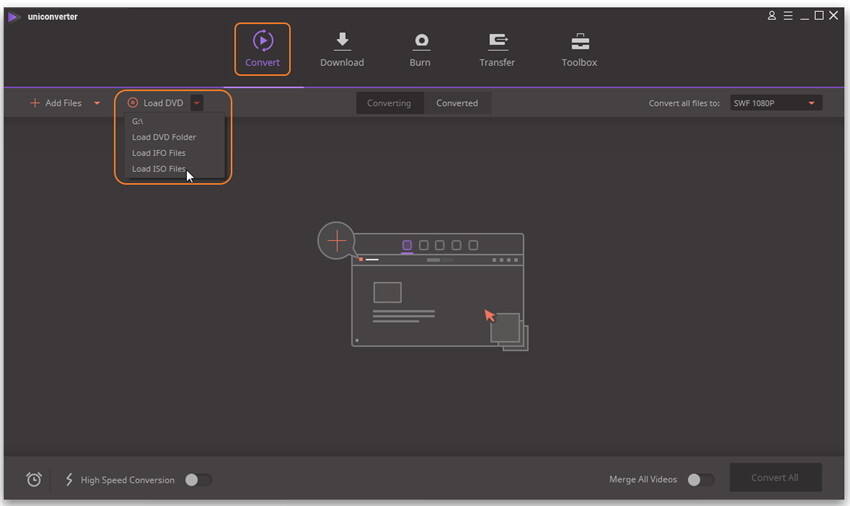 After loading your Blu-ray ISO files, click the drop-down icon on the Target bar to open the format list. Click on the Video tab and Select MKV as your output format and also choose the video quality you need. If you want to change multiple files format at the same time, just choose output format from the Convert all files to: option on the right-top corner.

To convert your Blu-ray ISO files to MKV, hit the Convert All or Convert button and the ISO files will be converted to MKV videos in a short time.

Converting Blu-ray ISO to MKV can prove quite challenging especially with the lack of know-how. However, it is worth mentioning that there are indeed a number of plausible converters with immense effectiveness. We have curated and listed the best applications to convert Blu-ray ISO to MKV easily and freely.

This is a powerful lightweight Blu-ray ISO to MKV converter with a multiplicity of pretty functional features. The program not only converts between Blu-ray ISO and MKV but also support a wide range of formats including Mp3, Mp4, MOV, and iPhone just to mention but a few.

Step 1: Launch Free Video converter and click the Load DVD drop-down icon. Choose the Load ISO Files from the drop-down menu. Browse for the target file and upload it to the program.

Step 2: Under the Convert tab, navigate to the Videos and select the MKV from the appearing list of video formats.

Step 3: Finally, convert Blu-ray ISO to MKV by simply hitting the Convert All or Convert button depending on whether you are performing batch or single conversion respectively.

DVDFab is also another excellent Blu-ray ISO to MKV featuring support to tons of other popular media file formats. Respective users have a pleasure to copy, rip, and create DVDs, convert the videos of interest, and get rid of Cinavia and DRM.

Step 1: Open DVDFab and select the Ripper mode. Hit the +Add button and follow the on-screen instruction to add the target Blu-ray file.

Step 2: Adjust the file size and video quality on the left pane by simply altering parameters. Click the Edit button and access edit options like trim, crop, info, and watermark. Choose according to your desire.

Step 3: Once satisfied with the changes effected, simply click the Start button to trigger the conversion process. Monitor the Blu-ray to MKV conversion on the screen.

This is also another simple yet functional Blu-ray to MKV converter. It runs on common operating systems like Windows, Mac, and Linux. Although it is somewhat not user-friendly, it does perform the pretty simple things and can serve the purpose quite well. It is periodically getting improved and is great that it supports Blu-ray and DVD discs fully.

Step 1: Open Makemkv program to display the primary interface. Click the File option and open either the disk or respective file on the hard disk.

Step 2: When the video is successfully opened, you should see the contents in a tree structure. Use the mouse to select the target titles and tracks.

Step 3: Hit the Make MKV button and wait for the process to complete. The speed will depend on how fast your device can read the disk. 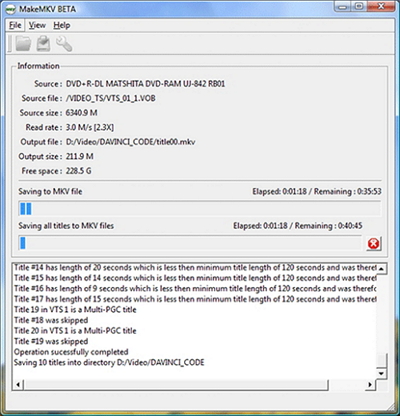 VSO is a good Blu-ray to MKV converter which offers support to plenty of different media file formats. It is fast and is able to create MKVs in standard or HD formats.

Step 1: Open Blu-ray to MKV and browse for the target Blu-ray video. Select the audio and subtitle tracks.

Step 2: Customize the quality of your output by adjusting the various settings on the quality analyzer. Go to Output Format > Generic Video > and select MKV as output format.

Step 3: Click the Start button and wait for the conversion of Blu-ray to MKV progresses.

Most new Blu-ray players have an auto resolution which is set by default for the HDMI output that shows the image at a resolution accepted by your TV. The resolution for a new TV is mostly 1080p. The auto setting is often okay for most users, but in case you need to change the output resolution of the player, the options to do so are in the setup menu known as the TV setup. The possible options that you can use to change the resolution include 480p, 720p, 1080i, and 1080p. For you to understand the resolution that your TV is receiving, you can just press the Info button on the remote to your TV, and the resolution will be shown for you. On the TV Setup menu, there is an option called “24p output”. The option allows you to set the frame rates for your movies or videos. Sometimes the option can be switched off by default. Most films are shot at a frame rate of 24 frames and then converted for you to be able to watch them in a standard 60Hz TV. The conversion process is called the 3.2 pull downs. When the “24p output” is switched off, the Blu-ray player adds the 3.2 process to the movies thus outputting them at 60Hz. When the option is turned on, the player outputs the films at 24 frames in very second just like their original filming.

2. Set the right Shape for your TV

The option is known as the TV Shape, or the TV aspect ratio found in the TV setup menu helps in setting the right shape for your TV. If you are using an HDTV, the best shape is a 16.9 which is a rectangular shape. However, there are a variety of 16.9 choices that you need to choose from, and the option is determined by how you want to view a square in your 16.9 TV. Most TV shows and older films were shot in a 4.3 aspect ratio. However, you can choose to see them with sidebars that keep the right shape of the image when you are watching them in Blu-ray player. You can also decide to do away with the sidebars by stretching the image to the screen edges, or you can zoom them to distort the shape.

3. Link your player to your Network

If you want to benefit from all functions offered by the Blu-ray players, you need to connect it to the internet. The connection allows you to update the firmware of your player since when connected, some players will inform you when the updates are available. It also lets you access the interactive web-based content that might be provided on some Blu-ray discs. Also when you have the internet connection, you can use your media player and access the streaming videos and music from sites such as YouTube and Netflix. Lastly, you can share content wirelessly between a mobile device and a player when you have same network connections.