Valentine's Day is around the corner, and lovers are already making plans to impress. For some, Valentine's is all about a romantic day out to dinner or the movies. Others think it's the perfect opportunity to break the bank for their loved ones. But if you're like me, watching a Valentine's Day movie indoors is the real deal. So, if you're planning to cuddle up indoors, this article has the perfect Valentine's Day film ideas to keep you entertained all-day-long.

The Princess Bride is a fairy tale adventure movie released in October 1987. This entertaining classic features a beautiful young lady and her 'true' love – Westley. After a long separation from his lover, Westley tries to save here from Prince Humperdinck. But first, he must battle the evils of Florin Kingdom. So, are you ready to rescue Buttercup? 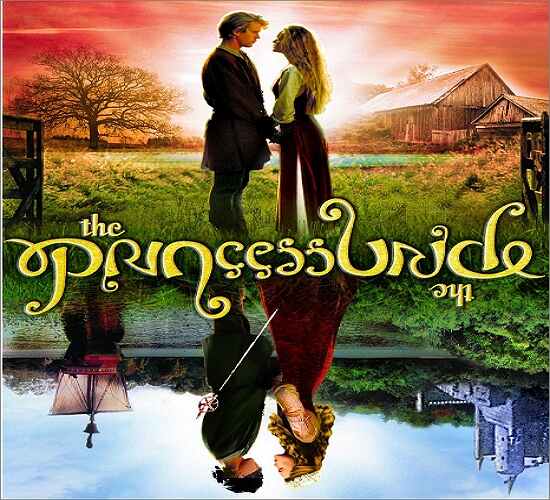 If you're searching for a funny Valentine's Day movie, watch The Big Sick. This movie is about a clash of cultures, as the Pakistan-born comedian called Kumail falls in love with an American student named Emily. But as their relationship continues to blossom, Emily contracts an unexpected disease that puts her in a coma. Kumail must now get used to her deeply concerned parents. 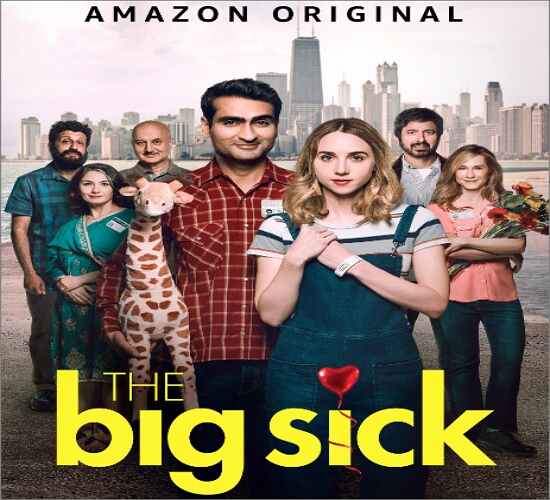 Crazy Rich Asians is a 2018 comedy/romance Valentine's film that offers viewers 2 hours of unmatched entertainment. The movie features Racheal, a New York University professor, who falls in love with Nick, a man from one of Singapore's wealthiest families. During the family introduction, Racheal senses that Eleanor, Nick's mother, dislikes her. Let me not give away much! 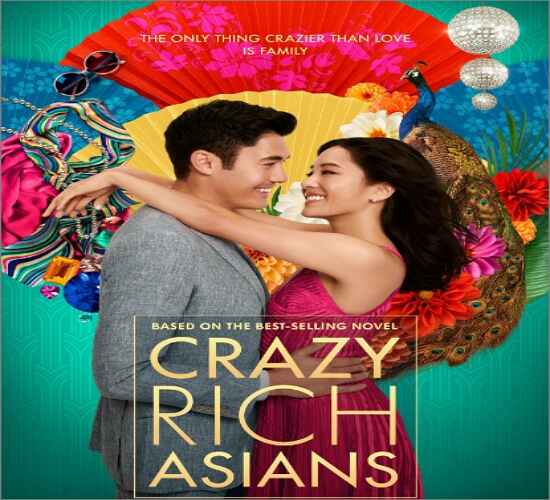 Pride & Prejudice is an award-winning 2005 romantic drama movie directed by Joe Wright. The film is about five English sisters who deal with issues of morality, marriage, and misconceptions. The movie emphasized romanticism, realism, and family. After its release, Pride & Prejudice was hugely successful with four Academy Awards nominations. 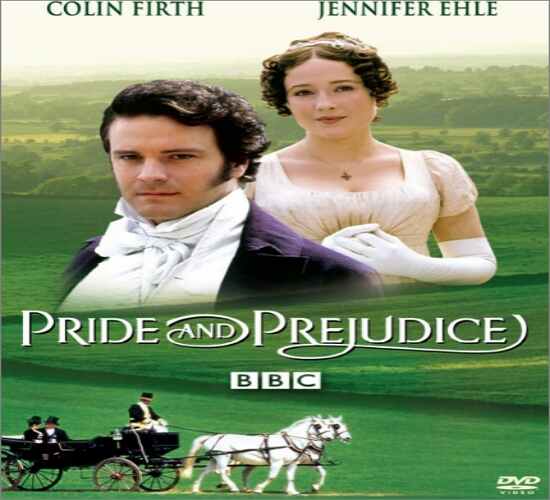 Still looking for something new and modern? Try The Photograph! It's a 2020 romantic drama film that features a series of love stories set both in the past and present. The theme is about Issa Rae, daughter of a famous photographer, who falls in love with Lakeith Stanfield, a journalist. Before Sunrise is an American romantic drama classic released in 1995. You may find the movie minimalistic since it is mostly about walking and talking. It follows a young American man called Jesse and a young French woman named Celine who meet on a train. They disembark and Vienna and spend the whole night walking and chatting as they secretly fall in love. 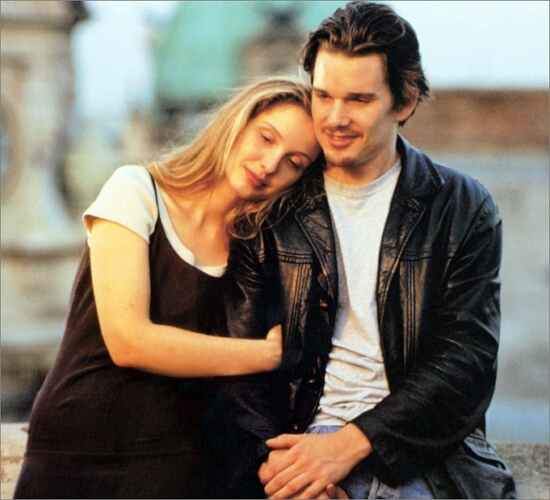 About Time is a British romantic comedy film that lets viewers enjoy two and a half hours full of drama and laughter. In this 2013 film, a young man called Tim discovers his inner ability to time-travel to previous life moments. His father discourages him from using the gift to get fame and money. Tim obliges and uses his powers to spice up his love life. 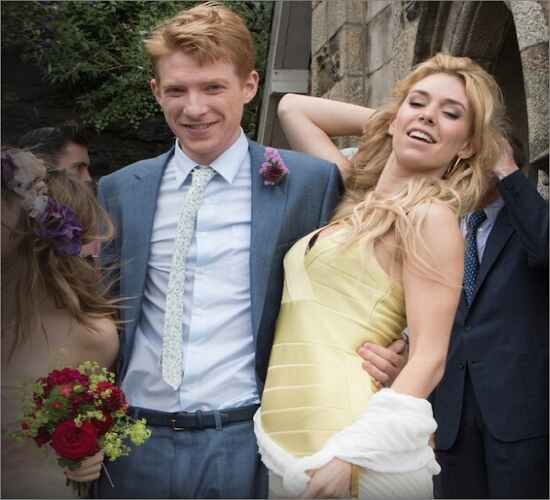 Someone Great is a 2019 romantic comedy film that features a music journalist called Jenny and her two closest friends. Jenny is dumped by Nick, her boyfriend of nine years, just right before she leaves the city for her dream job. This marks the start of never-ending depressions as her friends try to salvage the situation. Will Jenny finally go to San Francisco to take up her new job? 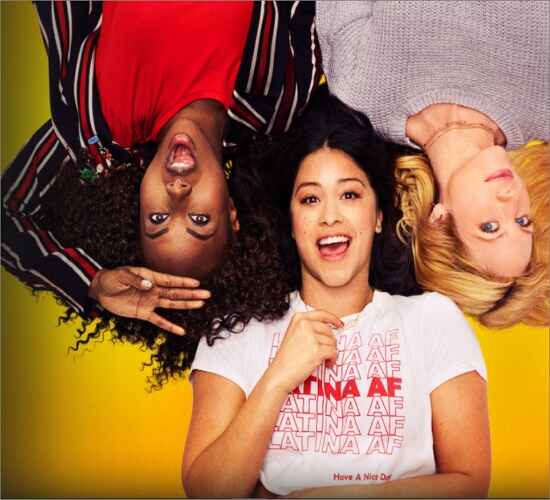 Directed by Robert Luketic, the 2009 romantic comedy movie is about Abby Ritcher, a morning TV show producer and her colleague, Mike Chadway. Whereas Abby believes in true love, Mike is pessimistic about it, which prompts an argument on-air. Mike finally quits to work for a rival TV station. Surprisingly, this Valentine's Day film ends with both of them in bed. 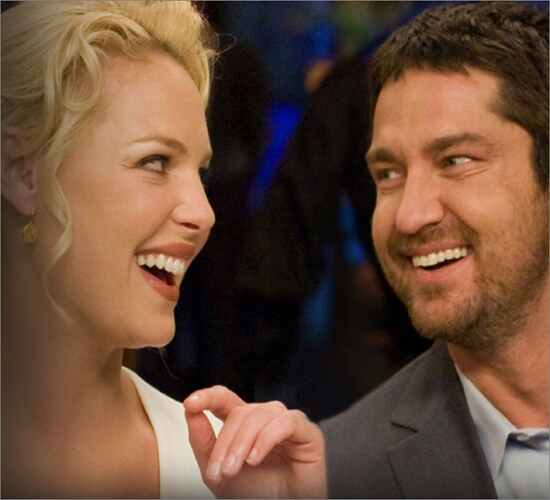 All couples probably remember that day when they first met. This 2018 American romantic comedy isn't any different. The plot is about Noah, who falls for Avery after meeting her during the 2014 Halloween party. Three years down the line, Avery still regards Noah as a friend. Noah decides enough is enough and tries harder to win her over. 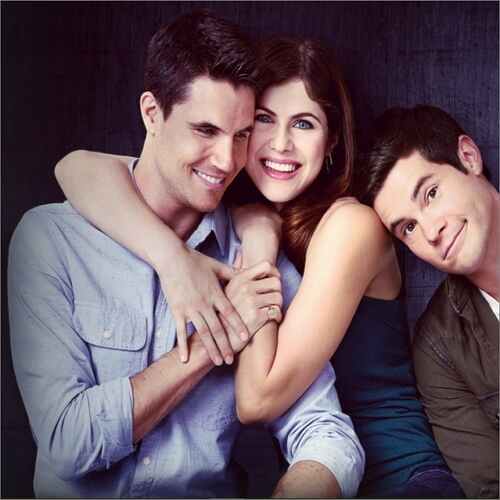 Are you planning to tie the knot with your loved one this year? Here is a movie to watch together! The Wedding Year is a romantic comedy film released in 2019. The storyline is about Mara Baylor, a Los Angeles photographer who isn't sure if she's ready to marry. In the year, she and her boyfriend are invited to 15 weddings, piling pressure on her to make the defining decision. 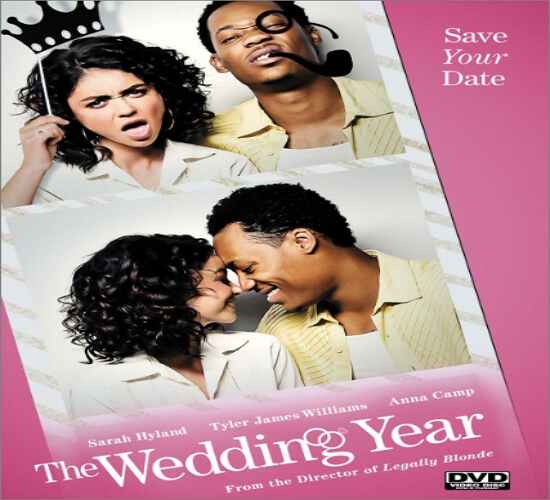 In this 2017 comedy-drama, Anna's world turns upside down when she discovers that her younger sister (Claire) is getting engaged. Afraid to lose her dependable sister, Anna decides to work with Art, the alcoholic best man, to maintain the status quo. Will her efforts bear fruits? 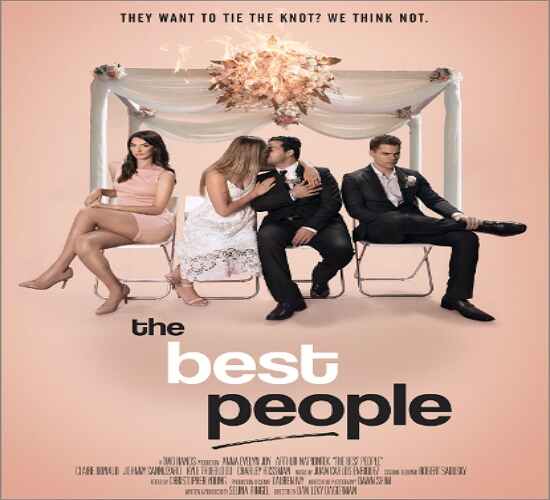 Is your adult son or daughter refusing to grow up and move out of the house? Trick them into watching this 2019 romantic comedy Valentine's film. The movie focuses on Tripp, a 35-year-old bachelor who shows zero interest in leaving his parents' house. To make it worse, his best friends also still live in their parents' homes. So, what's the solution? Simple! Get him a sexy "interventionist" to sail him into adulthood. 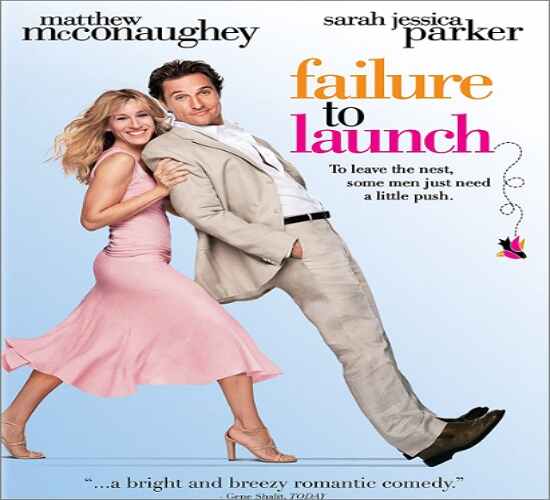 14. Eternal Sunshine of the Spotless Mind

This 2004 American drama film focuses on an enraged couple who try to forget each other. After a flight, Joe discovers that his lover Clementine has erased his memories successfully in a New York firm called Lacuna. Joe decides to do the same but records memories of Clementine in a tape before that. As the procedure runs, Patrick, a Lacuna employee, uses Joel's recorded memories to seduce Clementine. Will he succeed? 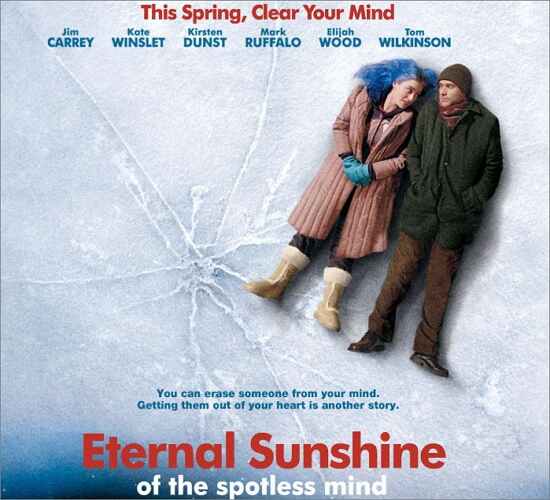 Sleepless in Seattle is a romantic comedy movie released in June 1993. The plot is about Sam, a Chicago architect, who loses Maggie (his wife) to cancer. He and Jonah (his 8-year-old son) relocate to Seattle to start a new life on a houseboat. Sam begins dating Victoria, his co-worker, whom Jonah dislikes. He wants his father to date Annie from a radio talk show. 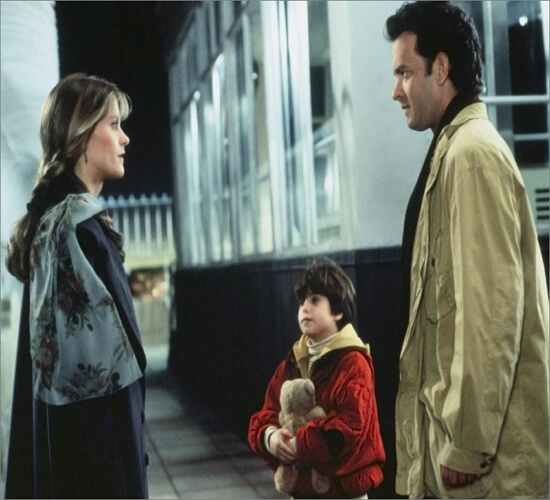 Nominated for a whopping ten Academy Awards, Roman Holiday is a must-watch. This romantic comedy classic stars a princess called Ann who sets out on a visit to Rome. Frustrated by her royal life, Ann sneaks out of her country's embassy and meets Joe Bradley after falling asleep on a bench. Joe takes her to his apartment to spend the night, not knowing she's a princess. 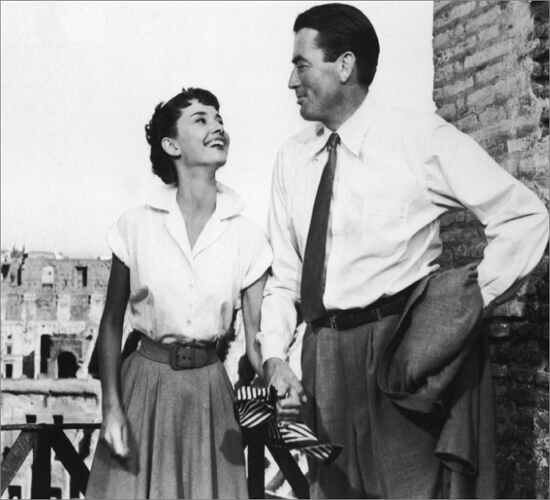 This 2010 American romantic comedy follows a group of characters and their love struggles during Valentine's day. After Reed proposes to his girlfriend Morley, his closest friends Julia and Alfonso, are surprised when his girlfriend turns him down. The rest is bout passion, romance, and heartbreaks. 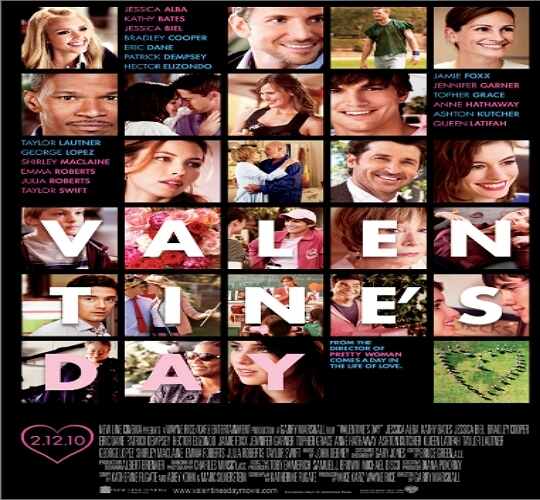 Bridget Jones's Diary is a romantic comedy movie released in 2001 for anybody who wishes to fall in love. The film stars a 32-year-old woman called Bridget who writes a diary with all her life wishes. However, her life changes unexpectedly when two blokes try to win her affection. Who will win the young lady in the end? 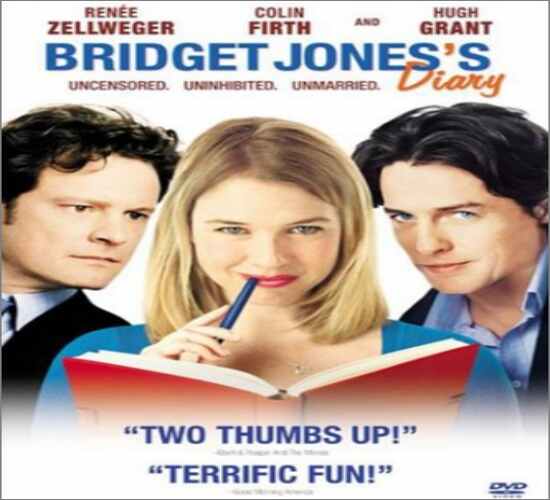 The Notebook is a 2004 romantic American thriller based on a 1997 The Notebook novel by Nicholas Sparks. This excellent love story is about two teenagers who fall in love but are forced to part due to their social class differences. The movie features one of the saddest endings you can ever get, as both teenagers die in their sleep. 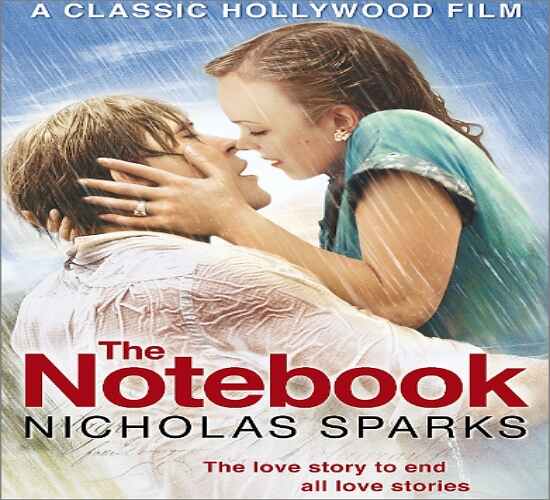 Finally, you can blow away a few Valentine's Day hours with this 2004 romantic comedy movie by Peter Segal. This Valentine's film is about Henry Roth, a womanizing veterinarian in Oahu who stalks tourists. His closest friends are Jocko, Ula, Alexa, and Willy. Watch the movie to know if the Hawaiian playboy will finally change. 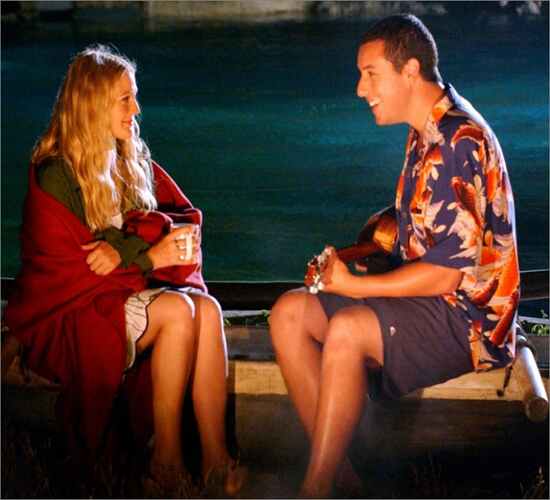 Whether you're looking for some good, old-fashioned classics or a modern-styled Valentine's Day movie, these options will sort you out. Just purchase or download a copy and enjoy!