What is the Best MKV to Xbox 360 Converter

In the year 2005, Microsoft launched Xbox 360, a better version of the 2005 Xbox. Xbox 360 presented itself as far more than a mere gaming console, rather a total media player that allows the users to play games, play videos, surf, stream and download movies, music, pictures, etc.

But Xbox 360 has some limitations. Like in the input formats, WMV, H.264, AVI and MPEG-4 are only compatible. So, the MKV files cannot directly be played on the Xbox. And hence, an MKV to Xbox 360 converter is required.

This article will focus on the various applications, online and offline, to convert MKV to Xbox 360.

As discussed earlier, there's a limitation in the input format of the video streaming in an Xbox 360. It only is compatible with video formats like MPEG-4, AVI, H.264 and WMV. An MKV file cannot be directly streamed into the Xbox, and rather the format can be converted from MKV to MP4 Xbox 360. And to help with that, there are many online and offline MKV Xbox 360 converter to the rescue.

Open the official website of Wondershare UniConverter, and scroll all the way down to the download option and download it. Once the application is downloaded, install it over your computer and launch the application.

Step 2 Add files and click on the video converter option.

Click on the Converter option, and select the Add Files option. Then, select the required video file to be converted. 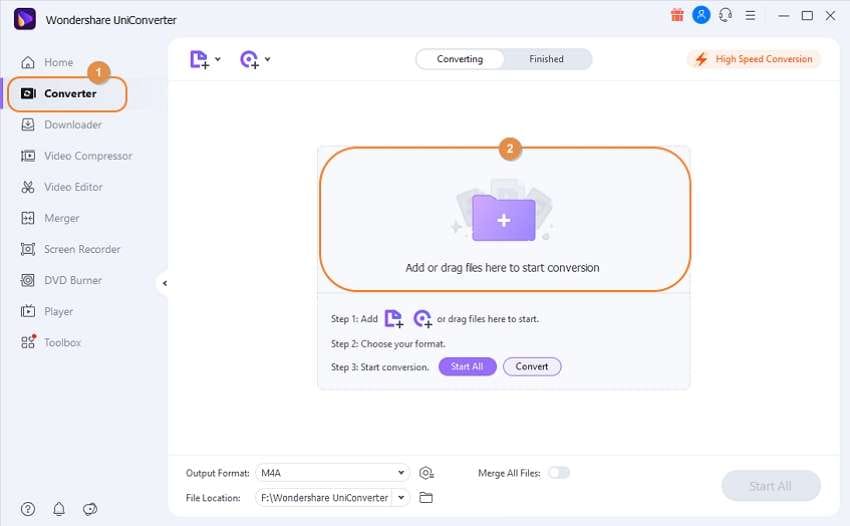 Step 3 Select the desired format and convert MKV to Xbox 360.

Once the file is selected, go into the Device tab in the Output Format drop-down menu at the bottom. Then, select Xbox, followed by selecting the desired format. 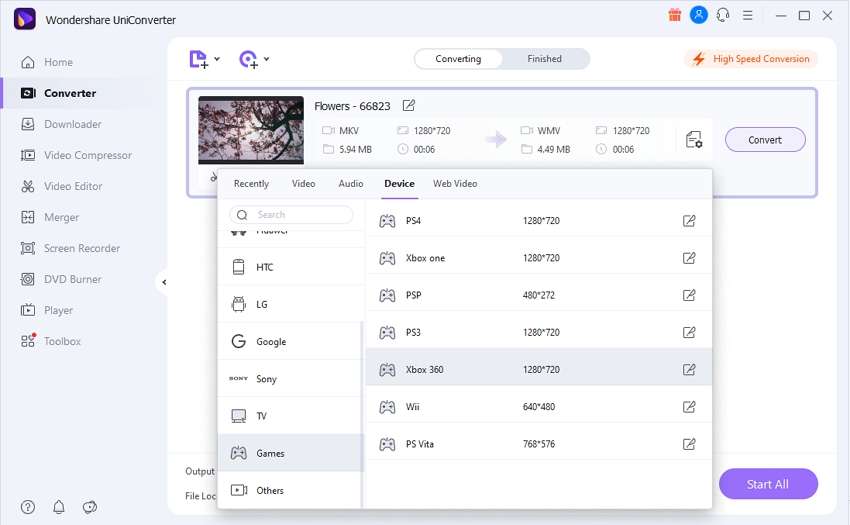 After selecting the required format, click on to High Speed Conversion switch followed by tapping the File Location tab at the bottom to set your desired output location. Lastly, hit the Convert button, right next to the file on the conversion board. And it's all set! 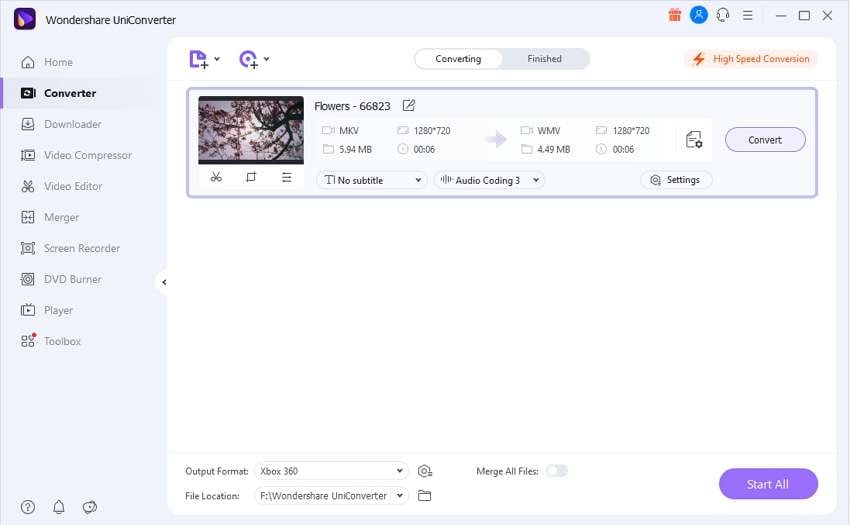 Though Wondershare UniConverter is the best of all the applications to convert MKV to Xbox 360, the only downside to it is, its trial (or free) application is limited. For full access to all the features, one has to upgrade the plan to a premium membership, which will allow the person to use it for a stipulated time frame.

So, as an alternative to convert MKV to Xbox 360, you can look for:

A free online converter to convert MKV to Xbox 360. One can use this online platform to convert any video, audio, image, and eBook, up to 50MB, absolutely free. 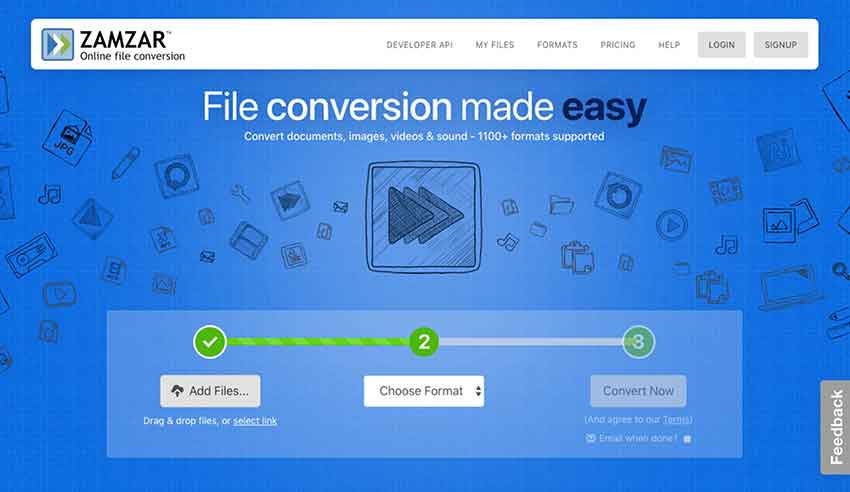 This application, for the windows, allows the users to convert any formats. It supports all popular and non-protected formats like MP4, MKV, 3GP, SWF, etc. and transforms multiple clips at once. 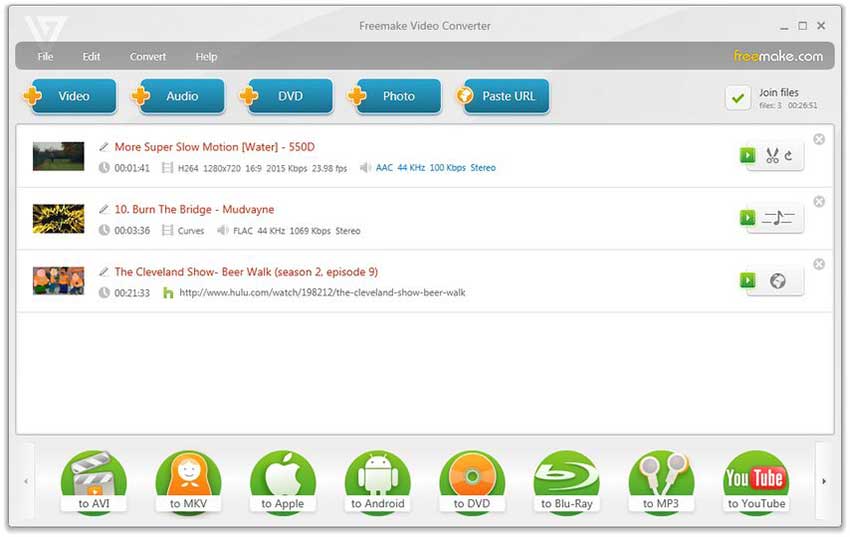 This free and online MKV to Xbox 360 converter lets you convert any files easy and fast. With a wide range of supported formats, it provides a huge choice in front of its users. And one can convert anything using this online free converter.

Another useful free alternative to come to the rescue is Convertio. This online free MKV to Xbox 360 converter platform allows you to convert any file up to 100MB. The interface is simple, and the process is fast and easy. It also secures the file without losing the quality of the mother format. Its customizable settings allow a hassle-free experience for its users.

Another free MKV to Xbox 360 converter is video2edit.com. It has some limited format support, as it mainly focuses on the essential and widely used formats. It is enriched with the basic editing tools for video conversion and editing.

So to conclude, if you have an Xbox 360 lying around in the room and a bunch of MKV movies, don't worry. Put the files into any of the MKV Xbox 360 converters and sit back and relax.