All Things You Should Know About Turkey on Thanksgiving Day

Thanksgiving Day or Turkey Thanksgiving Day is a popular holiday primarily associated with the United States. It is celebrated on the fourth Thursday in November, once every year. Turkey Day is the colloquial name for Thanksgiving, which references the traditional meal. It is about spending time with family and friends, enjoying their company over some tasty food. People know Thanksgiving Day as a day for giving thanks, and the dinner mainly consists of Turkey. People also attend religious services or say a prayer before eating their meal on this occasion. It marks the beginning of a holiday season, which includes Christmas and New Year. Thanksgiving without turkey is impossible.

What is Turkey Day

Turkey Thanksgiving Day is well known for its home-cooked food, which is enjoyed with friends, family, and loved ones. It is a festival of a great feast. The concept of feeding loved ones with Turkey is to make sure that every member is seated on the table and must not leave famished. It is a fact that Turkey is a staple food during Thanksgiving Day. Hence it is also known as Turkey Day. Starting from the 20th century, Turkey has become a crucial part of food during this holiday, and there is no Thanksgiving meal without a Turkey even in the modern-day. There is extensive consumption of Turkey as a part of this holiday feast, and thus it is named after special home-cooked Turkey. In the 20th century, Turkey potato stuffing and pumpkin Pie became an integral part of the Thanksgiving dinner table.

Things about turkey on the menu on Thanksgiving 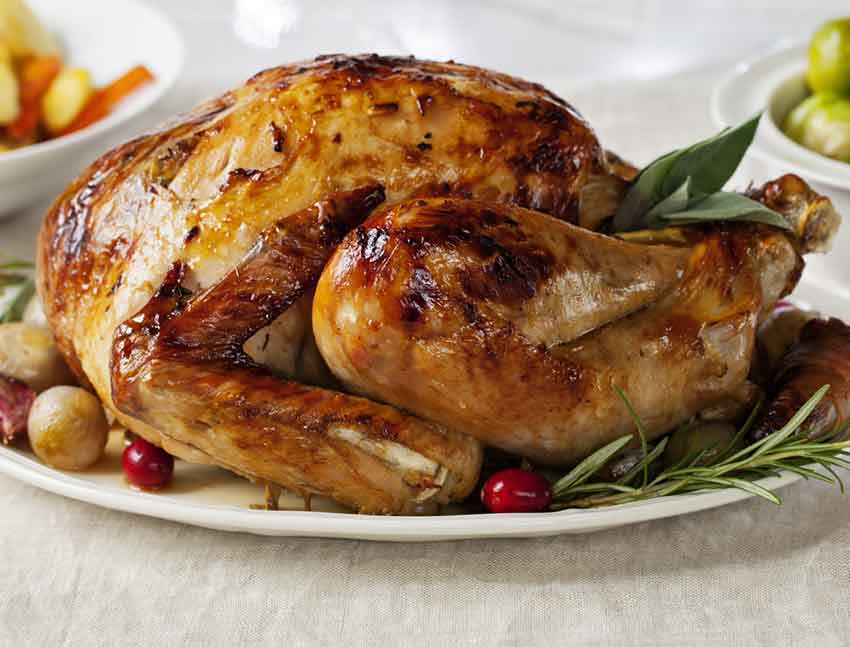 The presidential pardon of a turkey

It is a ceremony that takes place at the White House every year before Thanksgiving Turkey Day. In this process, the United States President is presented with the live domestic turkey by the National Turkey Federation NTF. They usually present males from the Broad Breasted white variety. This ceremony dates back to the 1940s where Presidents occasionally spared the birds presented to them. During the presidency of George H W Bush, this became a tradition to pardon Turkey and sparing its life. All the presidents from then are following this. 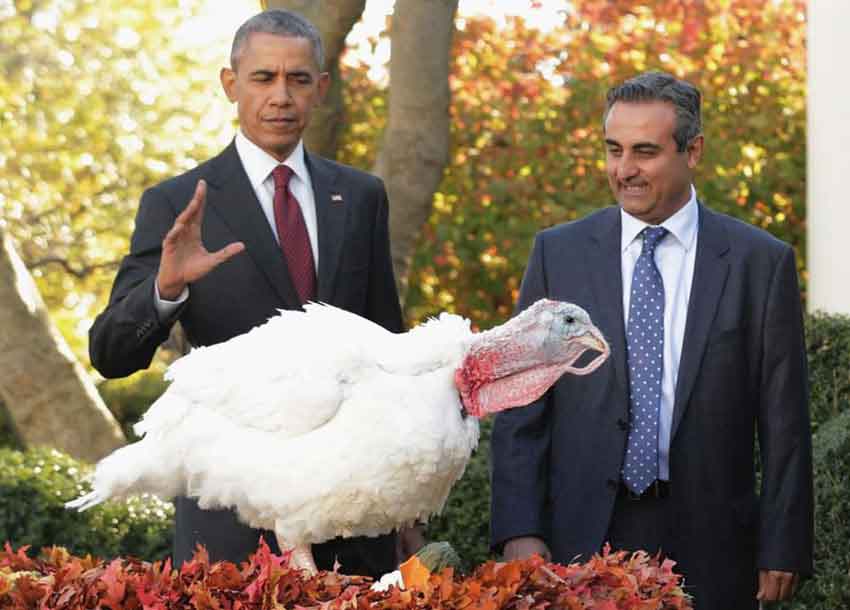 Turkey trots is a foot race, which is generally of long-distance variety. This race is held on or around Thanksgiving Day in the United States. It is named Turkey trots because Turkey is used as a centerpiece for a thanksgiving dinner. Turkey trots are held in the United Kingdom also but before or after Christmas Day. It is usually conducted for a fun run and for participants looking to burn their calories before a thanksgiving meal. It is estimated that an average American confuse approximately 3000 calories during Thanksgiving dinner, and with other Pre-meal snacks, it can easily reach upwards of 4500 calories. Hence a marathon or a run is necessary to burn off as many calories as possible. Many members sign up for Turkey trots races to burn calories even before the bird coming out of the oven. 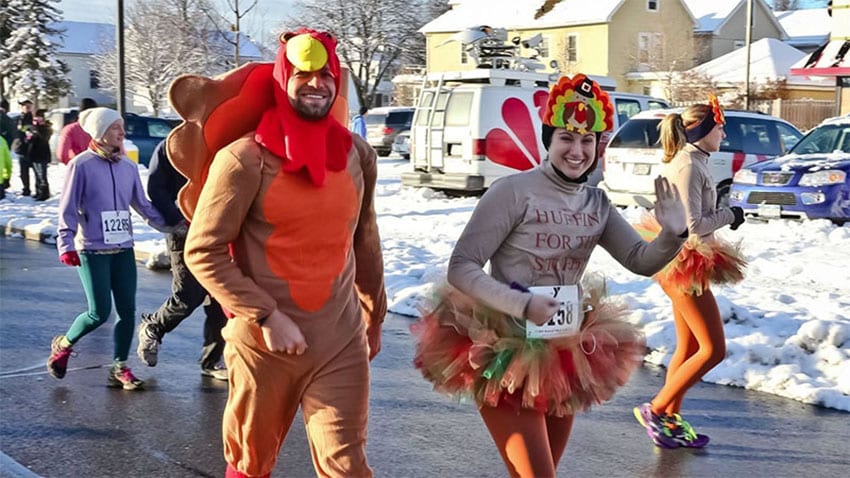 There are four cities in the United States which are named after Turkey. The states Louisiana and Arizona share the distinction of having towns with the name the Turkey creek in which the population is less than a thousand people. Texas and North Carolina also have cities that are named Turkey. However, Google doesn't count Turkey creek in Arizona, though it's a census-designated place in Navajo country. Turkey Creek in Louisiana is the most populous with 435 residents. Two townships in Pennsylvania are named very creatively as an upper Turkey foot and Lower Turkey foot. 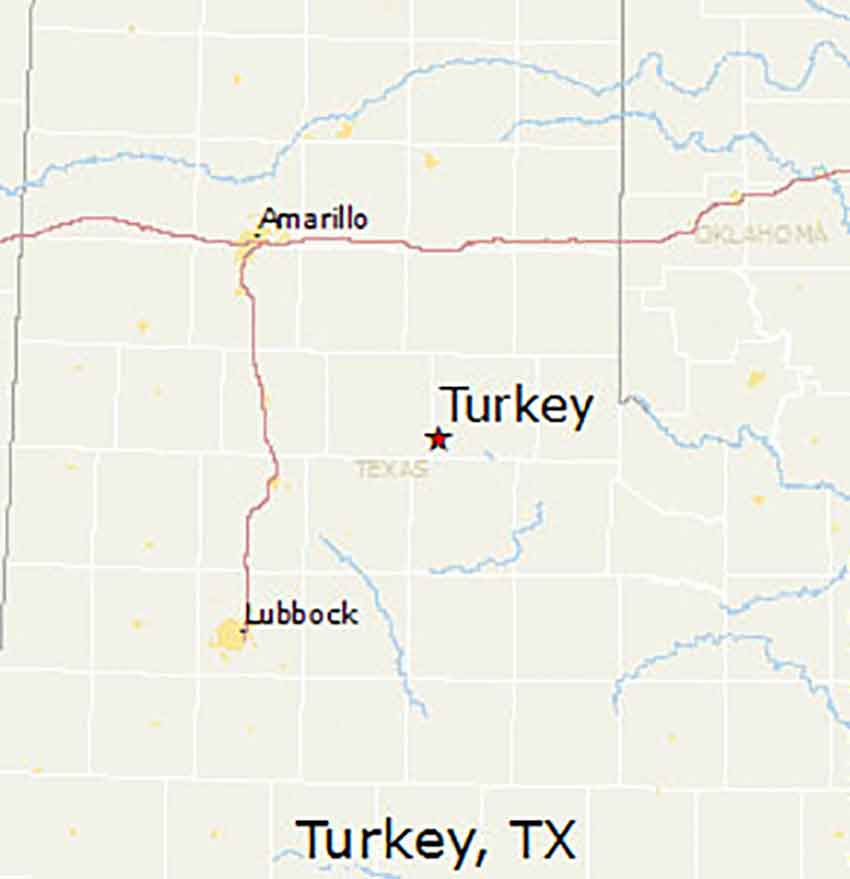 Interesting facts and figures about "Turkey" on Thanksgiving Day

Whoa, all of this seems so interesting, right? But what’s more interesting is the facts and figures related to the Turkey Thanksgiving Day. Let’s now get to learn some must-know facts that you didn’t actually know already! Here we go!

● Production of Turkey has also increased in the United States by nearly 110%.

● Average Americans used to consume 16 pounds of Turkey in 2012.

● According to the National Turkey Federation survey, 88% of Americans eat turkey on Thanksgiving.

● Native Americans hunted wild turkeys as they are sweet, meaty, and juicy.

● Wattle is the bright red fleshy growth under the turkey's throat.

● Wattle is the bright red fleshy growth under the turkey's throat.

● Wild turkeys have the capacity to run 20 miles per hour when they are scared, whereas domestic turkeys that are bred are heavier and cannot run that fast.

● The first meal of Neil Armstrong and Buzz Aldrin after walking on the Moon was a pocket that had roasted Turkey.

● According to the Guinness Book of Records, the heaviest Turkey weighs 86 lbs.

● In the United States, Californians consume the most turkeys on Thanksgiving Day.

● The weight of average Turkey for Thanksgiving Day is around 15 pounds.

● Male Turkeys gobble, whereas female turkeys, which also called hens, do not gobble.

Turkey Day or Thanksgiving Day is mainly about the feast. Your turkey is not responsible for drowsiness, but the high-calorie meal or relaxation after a busy schedule is what makes you drowsy. Families in the United States and Canada gather for a feast on Turkey while watching football and gear up for the festive season. Thanksgiving Day became a national holiday in the United States. Turkey was not served at the first Thanksgiving, and that the pilgrims did not use forks because they did not exist then.