How to Convert F4V to MP4 with Zero Quality Loss

F4V has been a very important format since the early 2000s, as it is common with the flash videos. Using Adobe Flash Player, these file formats were shared on the Internet. Even though F4V is similar to FLV files in many aspects, they are able to support the video as well as ACC Audio Content. Compatible for numerous online portals, this format doesn’t play on your peripheral devices like iPhone, iPod, and Smartphone, and hence, there is a need for you to convert F4V files to MP4. The MP4 format, as we all know, is compatible with almost every media device and desktops as well.

Step 1 Start Wondershare F4V converter and upload the F4V file to the program.

Once you have downloaded the setup from the Wondershare website, install the program. You’ll be guided through the installation process. After the installation process is complete, start the program, and take a moment to study the program window. After that, you can simply drag and drop your F4V file in the interface window, or you can use the traditional uploading method as the screenshot shown. The time taken for the upload to complete would depend upon the file size. 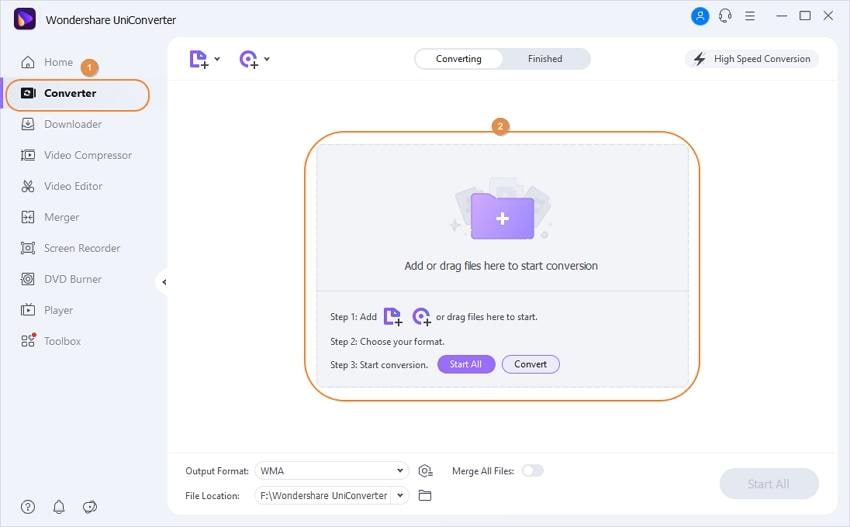 Step 2 Choose the output format as MP4 for the F4V to MP4 conversion.

Once the file has been added, click the inverted triangle beside the Output Format option. You'll see 4 tabs: Recently, Video, Audio, and Device. Go to Video > MP4 and select the specific resolution in the right. 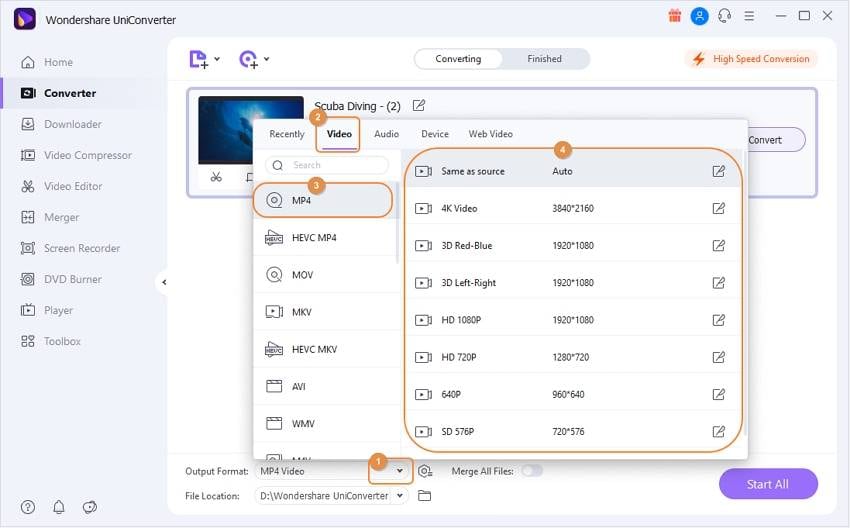 Optional Edit the F4V video before the conversion.

If you want to edit the F4V video before converting it to MP4, you can click one of the editing buttons under the video thumbnail. Then you'll get a separate editing window for clipping, cropping, adding subtitles, etc. 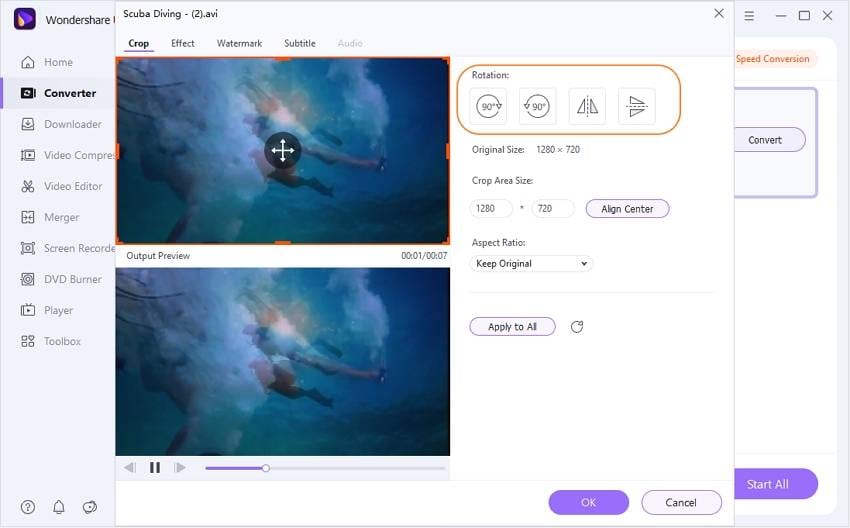 After editing, go back to the primary interface and click Convert or Start All, which initiates the conversion process from F4V to MP4. The time taken for the conversion depends entirely on your file size. 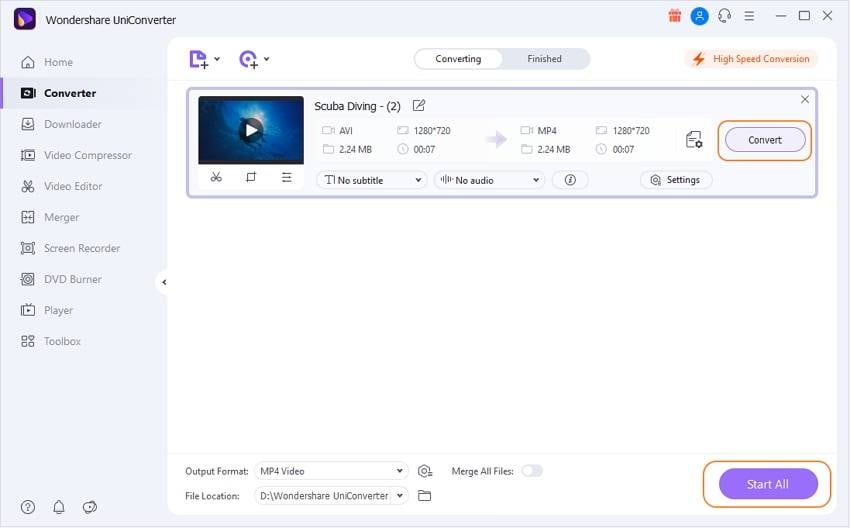 Wondershare Free Video Converter allows you to convert videos into any format at a good speed. With enough clarity and features, this converter can be downloaded from Wondershare with ease. The installation process is fairly easy. The converter also comes with a wide array of features, allowing users to experiment with their video formats. 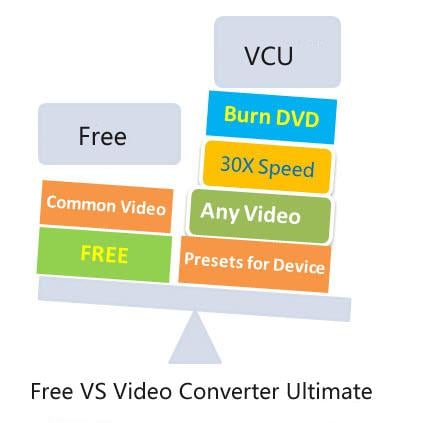 Steps on How to Use Wondershare Free Video Converter to Convert F4V File Format to MP4:

The detailed instructions are listed as follows.

Step 2 As you study the program window, you would notice that there are two ways through which you can upload your video. The eager ones can use the ‘drag and drop’ method, while the conventional upload option is also available. 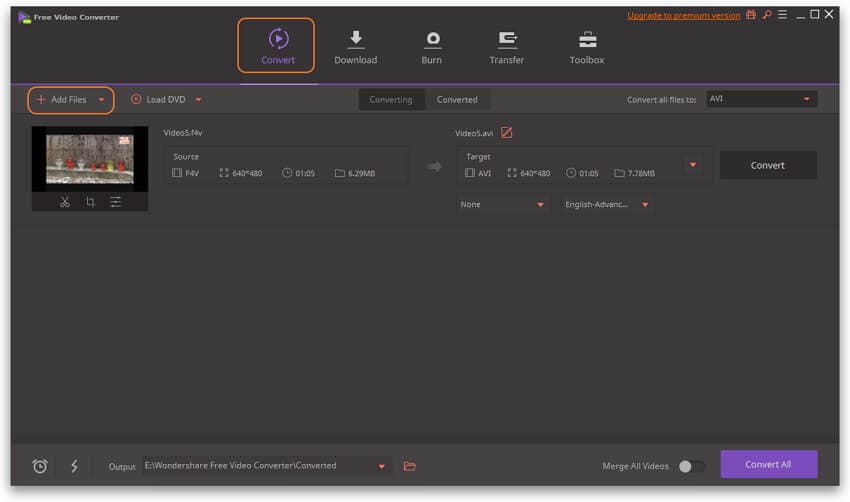 Step 3 Depending upon your file size, the upload process would take a while to complete. After uploading is done, select the output format in which you desire the converted file, which in this case, is MP4. 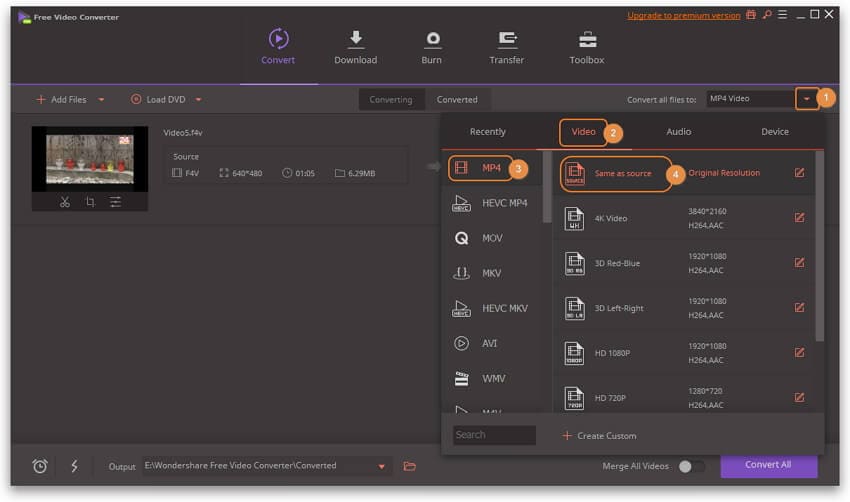 Step 4 Along with the conversion facility, there is also an option for editing your file. The editing interface is easy to understand and allows minor tweaks to be made. You can use filters, effects, color transitions, and much more. 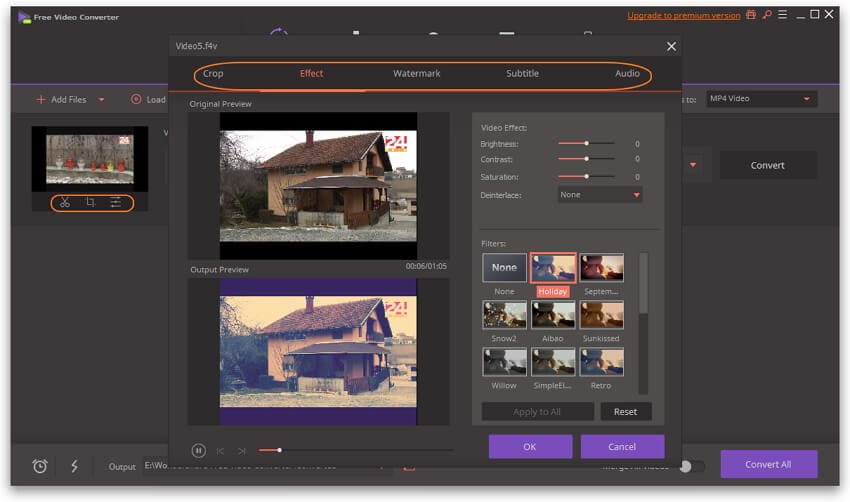 Step 5 Save your video after you are done with the editing process. Follow it up by clicking on the Convert All button. The time taken for the conversion to complete would depend upon the file size. 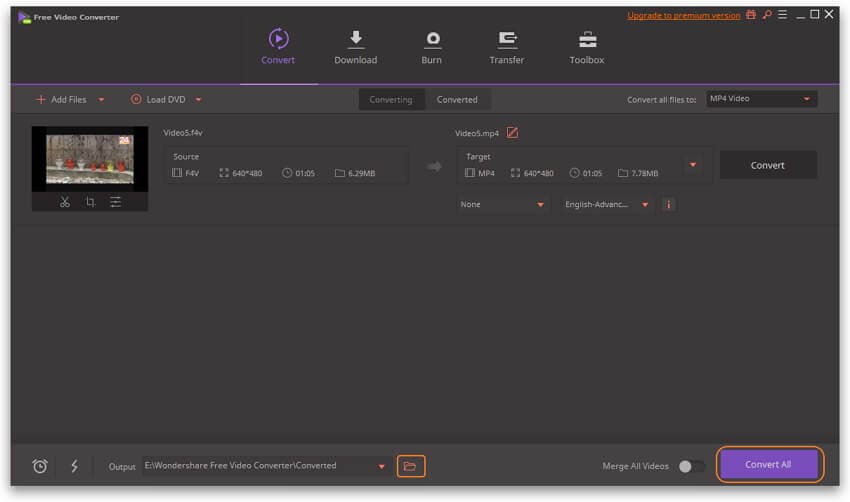 F4V (Flash MP4) has been known to use the ISO MP4 format. This format is largely based on Apple’s QuickTime multimedia container format. Therefore, in order to play F4V files on your MAC system, there would be a need for some specialized multimedia applications. This allows users to have their custom playlists and enjoy their F4V files without any intervention.